Seven decades ago, our capital needed reconstruction, chief of which was a system of transportation , and the solution was already here: the thousands upon thousands of surplus U.S. Army jeeps left over from the war. Filipinos, ever so resourceful, converted these vehicles of battle into something that can move the masses. With longer perimeter bench seats, extended rear ends, and a roof, the jeepney was born.

The great jeepney is a true icon of the Philippines. Jeepneys were eventually built no longer from surplus army jeeps, and an industry was born around building new jeepneys using bigger frames and surplus engines from Japan. The descendants of the original jeepneys soon started to be adorned with decorations, murals, streamers and the like, evolving into a novelty that tourists can try out, much like the tuk-tuk of Thailand or the red double decker buses of the United Kingdom. 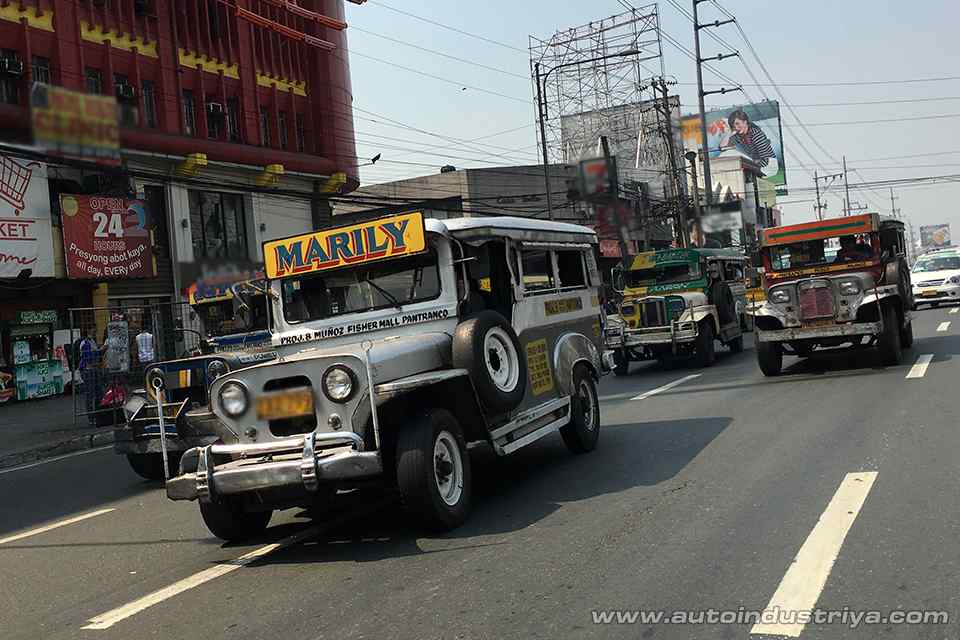 The concept, however, is already 70 years old, and with it comes a lot of limitations. The engines are no longer compliant to modern standards for performance, efficiency, or emissions. Jeepneys commonly spew black smoke from their old engines that pre-date any semblance of emissions standards. Many are unmaintained eyesores, often driving around with rust; so much so that you can see the road if you're sitting in one. They're not safe either; old drum brakes are good for long term durability, but do not have the proper stopping power for a fully-loaded jeepney.

And that brings us to the government's program for public utility vehicles, otherwise known as PUV Modernization.

There are those that are opposed to PUV Modernization, but together with Isuzu Philippines, we'll find out how the program will give you -the riding public- the transportation system you've always deserved.

The problem wasn't so much with the design of the jeepneys, but with the maintenance of them. The construction and numerous welds that make up a jeepney make them complex, time consuming, and expensive to maintain.

The modern PUVs from Isuzu address that need, all of which are built on the Isuzu QKR77 chassis by their partners: Almazora, Santa Rosa, and Centro. The designs are more modern and more functional, making cleaning and maintaining more convenient for the operators.

And if the operators want to decorate them, they can be easily customized to their liking with paint and decals.

If you've ever ridden a jeepney, you'll know that you have to duck to be able to get into a seat. It's not good for your back, and if you're taller, you'll have to bend your neck to be able to sit. With modern PUVs, back and neck pains could become things of the past.

The new PUVs are much taller than the jeepneys, so much so that you can actually stand straight inside one. And the doors are so big that you don't have to crouch down to get in. Depending on the PUV class of the vehicle, seating could be the perimeter-type or the forward facing-type. And if you're riding a PUV that's rated for provincial routes, there will be space for bags and luggage. And no, there are no provisions for the dangerous act known as “sabit”.

Depending on the class, some Isuzu PUVs will have airconditioning as standard, but for those without, don't worry: the larger windows will allow much more air into the cabin.

3. Modern PUVs are friendlier to the environment

Are you tired from jeepneys that pollute the air you breathe? Isuzu's new wave of modern PUVs are addressing that problem.

Isuzu's QKR77 PUVs are powered by the 4JH-1 TC engine; the 3.0-liter direct injection turbo intercooler makes 106 PS with 230 Nm of torque and gets a 5-speed manual gearbox. But, more importantly, the powertrain is rated for Euro4 emissions and have much better fuel consumption thanks to Isuzu's BluePower clean diesel technology.

With more of these new PUVs around, you expect cleaner and clearer air.

4. Modern PUVs are much safer

If you've ever seen or been in a jeepney accident, you'll know how dangerous they can be. And the most common explanation is that the vehicle lost its brakes. That's no excuse; it shows the improper maintenance of the vehicle, and offers no comfort to those who were hurt in the accident.

The new wave of QKR77 PUVs from Isuzu are built to be much safer. The brakes are powerful and are rated for a maximum vehicle weight of 4490 kilograms; plenty for the purposes of a modern PUV. Depending on the version you're riding in, there are plenty of bars and handles to grab onto to stabilize yourself as the vehicle is moving.

And, in the event of an accident, you can easily get to safety via the much larger door located on the side. If need be, the large windows can present another avenue of exit in an accident, a stark contrast to the tiny rear opening of the jeepney and the small windows.

But perhaps the best thing about the new range of modern PUVs from Isuzu is the convenience and security that commuters will enjoy. Onboard CCTV cameras will ensure that passengers are protected, and you will benefit from the onboard WiFi connection so you can stay connected even on the go.

You can also enjoy the convenience of going cashless via Beep cards; no more passing coins and bills back and forth to the driver, just tap and ride. 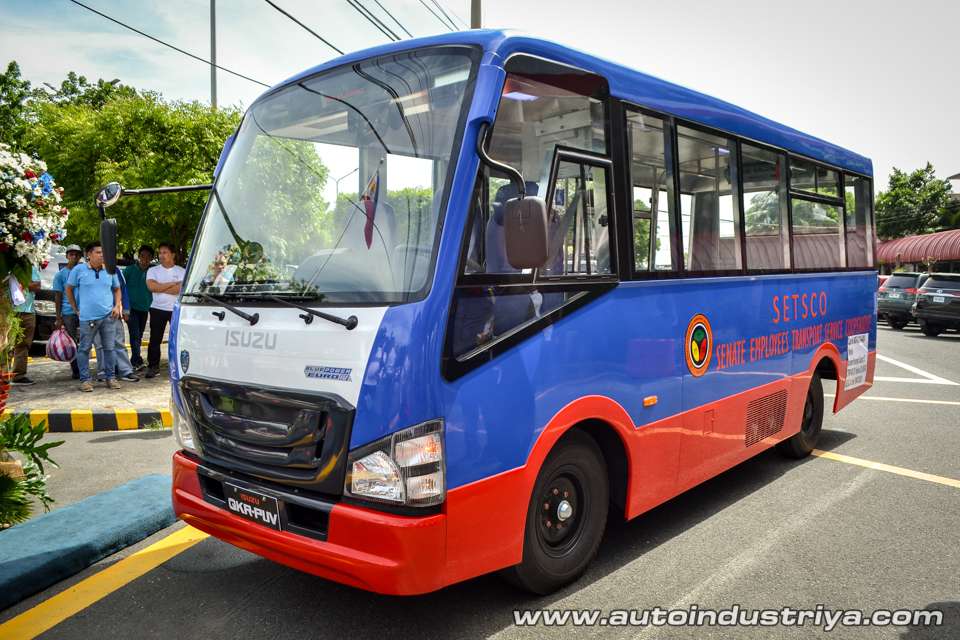 The Jeepney of Tomorrow, Today

While iconic, the Jeepney as we know it has needed to evolve for the better. For safety, for convenience, for security, and for the environment, the PUV modernization program is about moving the jeepney into the future, and Isuzu is there to help drive it forward.

Filipino commuters deserve a more comfortable means of travel that is decades overdue. With the help of Isuzu, that aim of a better commute is fast becoming a reality.

Under House Bill 10213, businesses will be required to have dedicated EV parking slots with fast-charging stations

Is the Philippines ready to embrace EVs? House Bill No. 10213 believes we are

Honda is ready to go off-road with 2022 Passport TrailSport

September is a good month to get a Suzuki

Four of Suzuki’s best-sellers are going on sale, and it runs until the end of the month