Here are the variants of 2021 Toyota Hilux line, will include 4x4 J MT

All PH variants and prices of new 2021 Toyota Hilux

The local pickup war is on the uptake once more, and this time the latest salvo comes from Toyota.

After making its debut in the Land of Smiles (Thailand) a few months ago, the refreshed Toyota Hilux has arrived in the Philippines, and they're calling it the Hilux Conquest.

The 2018 Hilux now gets a front grill that looks like it was inspired by the Toyota Tacoma. The Hilux Conquest comes with projector LED headlights with LED daytime running lights. The foglight bezels and lower air intake were changed, all of which are finished in black. Other parts of the pickup like the side mirrors, door handles and sports bar are also painted black. Finally, the Hilux Conquest gets a new rear and side steps.

Inside, the Hilux Conquest gets updated Optitron gauges, as well as a redesigned automatic gear shifter. Also, unlike its predecessor, the 2018 Hilix Conquest now has smart entry with keyless start. A touchscreen infotainment system is fitted as standard and supports AM/FM radio, Bluetooth, USB and Aux as such.

Under the hood, two turbo-diesel mills are available for the 2018 Hilux Conquest that can be mated to either a six-speed manual or a new six-speed automatic transmisson. First up is the 2.4-liter 2GD-FTV that produces 150 PS and 400 Nm of torque (343 Nm only when connected to a manual). Next is the bigger 2.8-liter 1GD-FTV that doles out 177 PS and 450 Nm of torque. When hooked up to a manual, the engine only makes 420 Nm of torque. 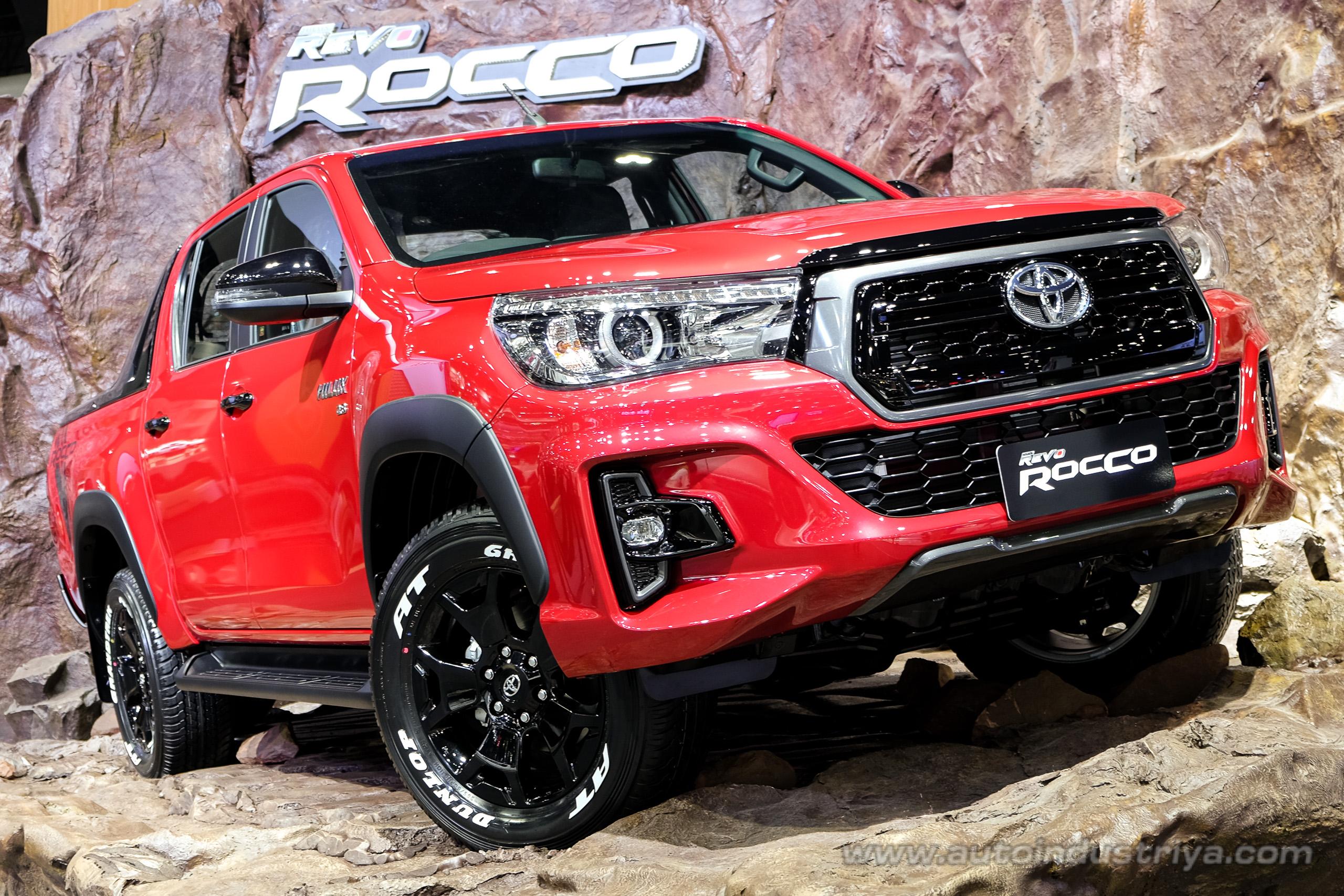 Considering the bold 'Conquest' nomenclature, we were really looking forward to see more kit from the new Hilux. We were expecting it to look like the 'Rocco' top-trim version released for the Thai market which we saw up-close late last year. It is unclear whether the new look will be carried over to the other variants of the Hilux as well.

We obtained our prices and trim grades from a leaked pricelist. Official details, such as trim grades, equipment lists and the like are still scarce as the new model's arrival has yet to be formally announced.

Pricing of the 2018 Hilux Conquest are as follows:

Here are the variants of 2021 Toyota Hilux line, will include 4x4 J MT

All PH variants and prices of new 2021 Toyota Hilux