2019 Mazda3 officially debuts in the Philippines

For quite some time now, Mazda has been putting a lot of work in their all-new crossovers. Following the reveal of the recently facelifted, and turbocharged CX-5 and all-new CX-9, Mazda is turning their attention back to cars. This time around, it will be all about the next-generation Mazda3, and they've announced when it will debut.

By next month, the fourth-generation Mazda3 will fully reveal itself, likely during the 2018 Los Angeles Auto Show. To start the buzz flowing, Mazda has released a short teaser video showing the tail of the hatchback, as well as the doors of what might be the sedan. Also, Mazda said that the new model will be a new era for the automaker.

With that in mind, it appears that Mazda is also hinting about their SkyActiv-X gas engine. The SkyActiv-X engine is the world's first production gas-fed engine that will run without a spark plug. This new engine aims to provide the responsiveness and fuel efficiency of diesel engines, while maintaining the cleaner emissions and high horsepower of gasoline engines. As for specs, Mazda isn't laying all the cards on the table just yet. 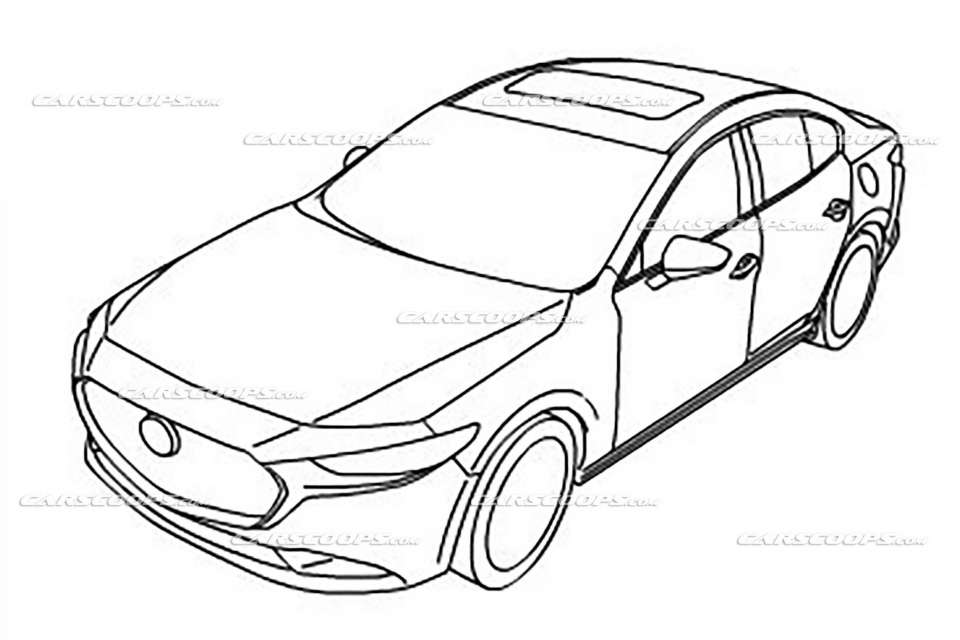 Back to the teaser, we see a section of the Mazda 3 hatchback's rear and it looks faithful to the Kai concept shown during last year's Tokyo Motor Show. The steep angle of the rear windshield, combined with the rounded shape of the tailgate, seems to confirm this observation.

Just a week ago, patent images of the sedan also surfaced. It too has design cues from the Kai concept, particularly at the front end. Given that Mazda hatchbacks and sedans share the same face, there is now a clearer picture of what the five-door version will possibly look like.

2019 Mazda3 officially debuts in the Philippines