6 Reasons Why The Nissan Navara Is The Ultimate Multi-Tasker

Without a shadow of a doubt, the Manila International Auto Show (MIAS) has something for every car enthusiast. A launch pad for the auto industry's brand new cars that will soon hit the streets, a show floor for the latest aftermarket products, and a premier gathering of car clubs, tuners and all kinds of automobile aficionados, MIAS has it all in store for you.

Still, there are a lot out there who will ask why they should make the trip to the World Trade Center in Pasay City to visit MIAS. Well, to answer that, here's a quick run down of what you can expect when you walk through the show's doors.

Being the country's best attended motor show, MIAS is a great opportunity for car manufacturers to showcase their proudest automobiles that represent the very best of their brand.

Mercedes-Benz brought out the incredible AMG GT-S sports car, one that has 522 horsepower and can kiss a top speed of 310 km/h.

Over at the booth right next to it is the new Dodge Challenger, one that has even more power at 707 PS. The Hellcat is the most powerful automobile in the market that's below 10 million pesos.

At the same time, Mazda unveiled the MX-5 RF. The tin-top roadster features a retractable roof and combines the elements of the current ND series model in a friendlier, all-weather package. It is powered by the same 2.0-liter engine as the soft top and is touted to deliver pure driving thrills.

But stealing the show is Honda with the hotly anticipated Civic Type R, a car that was unveiled in Geneva just a few weeks ago. The Civic Type R has a 320 PS 2.0-liter turbocharged i-VTEC engine, a 6-speed manual, and a wild body kit. 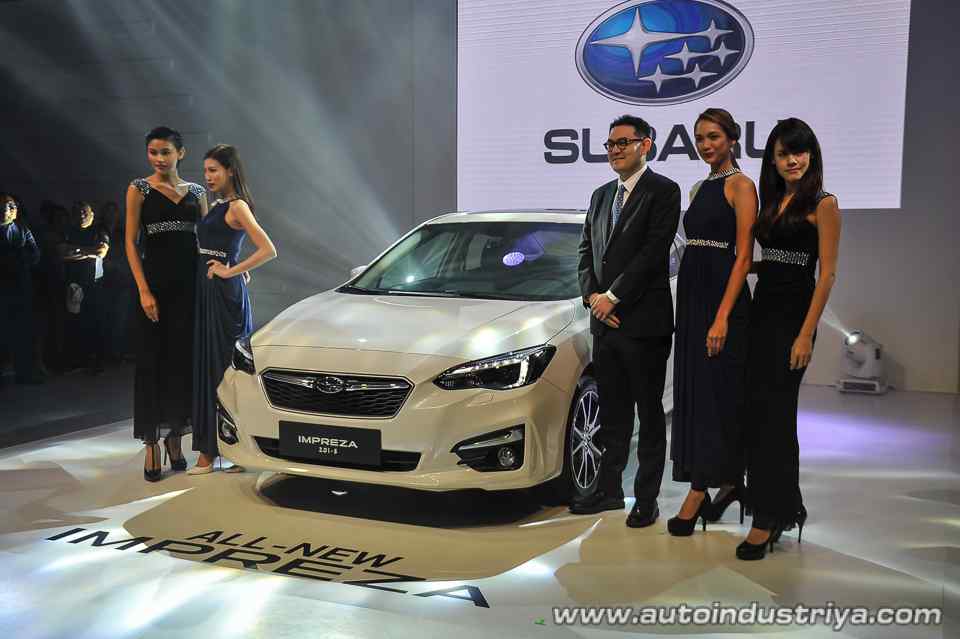 New versions and updates to the current crop

Of course MIAS isn't all about performance, as several new models were launched to the public. Motor Image, the distributor of Subaru in the region, launched the all-new Subaru Impreza in the Philippines. The new generation Impreza features the new platform of the brand, one that will be used for all of their other models in the near future.

Honda likewise launched some special editions and updates to their models including the City MIAS edition, among others. Chinese automaker Haval entered the premium market with the H9 SUV, Ford showcased their entire lineup under a new marketing campaign, but it was Chevrolet who was out in full force when they launched the facelifted Trax subcompact crossover as well as the all-new Spark supermini. 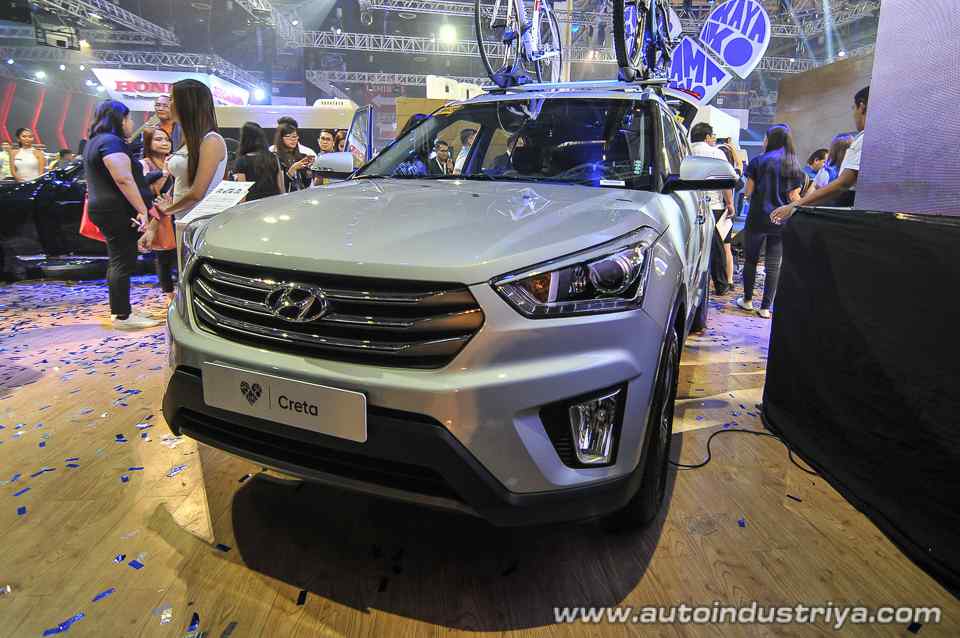 Judging by the presence at MIAS, the crossover market is not showing signs of slowing down anytime soon. With five models unveiled this year, there are more choices coming to the country in a few weeks time.

Hyundai introduced the Creta, their second take on B-Segment crossover. It is available with either a gas or diesel engine. Moving to the C-Segment, Volkswagen and Mazda revealed their contenders for the class with the all-new Tiguan and CX-5 respectively. Lastly, there's the CX-9, Mazda's D-Segment crossover.

The 13thrunning of MIAS featured over 20 automakers showing off new and facelifted cars, as well as their respective lineups. These manufacturers are Chevrolet, Dodge, Ford, Foton, Great Wall, Haval, Honda, Hyundai, JAC, Jeep, Jinbei, Mahindra, Mazda, Mercedes-Benz, Mitsubishi, Ram, Subaru, Tata, Volkswagen and Volvo. It is worth noting that Honda returns to the country's summer motor show for the first time in over a decade.

With over a million motorcycles sold in the country last year, bikes are also making their presence felt in MIAS 2017. Displaying their bikes this year are Ducati, Indian Motorcycle, Harley-Davidson, KTM and Pioneer.

Over at the PTTC, showgoers will get inspired by the sheer number of meticulously restored classic cars and tricked out custom rides. The organizers of MIAS make it a point to provide space for private individuals to show off their rides to the public; cars that otherwise would have stayed in a private garage or collection. The noteworthy classics at MIAS include a Porsche 911 (930) Turbo (at the lobby area), vintage Volkswagen Kombis, several Datsun 240Zs, Toyota Land Cruisers (BJ40), a Ford Escort, and several American muscle cars from a bygone era.

MIAS has always had a good presence from the aftermarket industry. In the tent areas, there are booths for automotive parts, accessories, tools, tires, wheels, lubricants, and so much more. And a lot of them are offering big discounts for their products at the show.

As always, MIAS is packed with activities for both children and adults alike. Volkswagen continues their Child Safety Initiative with a virtual reality experience. Manufacturers also offers test drives of their cars while Ford highlights the capabilities of the Ranger and Everest with their specially-built course. There are also loads of aftermarket displays as well, along with modern tuned cars and iconic classics. But the real highlight has to be Russ Swift performing his signature stunts with Subaru's latest cars.

A detailed look at what makes the 2017 Civic Type R, a Type R

6 Reasons Why The Nissan Navara Is The Ultimate Multi-Tasker

What sports cars can you buy from authorized PH dealers?

Sports cars are a dream for many, but you'll be surprised how many are available in the Philippines

Ford can now brag of being the first to offer their pick-up with a bed cover straight out of the factory, and it’s motorized