BMW announces return of the 8-Series with upcoming concept

All-new BMW 8-Series to arrive in 2018, to be previewed by two-door concept

BMW brings back the 8 Series for the 21st century

BMW will soon have an all-new grand tourer in their lineup. Harald Krueger, Chairman of the Board of Management at BMW AG, recently announced during the company's Annual Grand Meeting that they will be arriving at this year's Concorso d'Eleganza Villa d'Este with the 8-Series Coupe concept.

The upcoming concept marks the brand's revival of the 8-Series nameplate which has been dormant since 1999. According to the automaker, the concept will preview the production model which is set to make its world debut in 2018. Moreover, BMW said that the all-new grand tourer will embody 'uncompromising dynamics and contemporary luxury'.

Based on the teaser photo provided, the 8-Series Concept will have a distinct silhouette, along with BMW's signature headlight and taillight design. Like the original 8-Series, the all-new concept will also have two-doors and a striking window line.

No other details about the 8-Series concept were released, but our spies were able to catch a glimpse of the prototype being tested at the Nurburgring last March. While still bearing heavy camo, we do get to see the sleek profile of the 8-Series along with the large prominent dual kidney grill the brand is known for. Like the teaser image, the two-door prototype sports the distinct window line that flows seamlessly towards the rear.

It's still difficult to gauge what will be the final look of the new 8-Series, but it might resemble the Gran Lusso concept that was revealed back in 2013. Like the teaser image provided, the Gran Lusso features a long hood, short deck design and a two-door body construction. It also has a long wheelbase and a striking exterior design that fits a grand tourer. 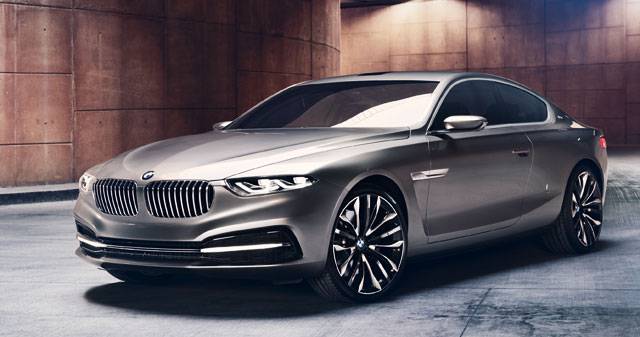 BMW will reveal the 8-Series Coupe concept at the 2017 Concorso d'Eleganza Villa d'Este on May 26.

The MMDA has started taking out illegally parked vehicles and vendors from the roads in Balintawak, Quezon City

All variants of the 2017 Wigo get suite of safety features, in-car amenities as standard

BMW brings back the 8 Series for the 21st century

Latest sale gets you a Subaru with 100 safety features

Relief Stories: How this family escaped Taal eruption in their jeepney

Your favorite Micro Machines are returning for 2020