News reports from the Asahi Shimbun and NHK came about late afternoon of November 19, Monday, that Nissan Motor Co. Ltd.. Chairman Carlos Ghosn had been questioned by Japanese authories and subsequently arrested thereafter on charges of alleged misconduct.

The scandal-rocked Japanese automaker has thereafter decided to fire its Chairman Carlos Ghosn on allegations of serious misconduct. This comes after months of internal investigation by the company following a whistleblower report. Another executive was also implicated, Representative Director Greg Kelly.

Ghosn and Kelly have been implicated for misdeclaring compensation amounts in the Tokyo Stock Exchange.  An internal audit has discovered that Ghosn has underdeclared his actual compensation.

Ghosn has been discovered for allegedly misdeclaring his salary of nearly JPY 10 billion as JPY 5 billion over five years since 2011.

Ghosn is also accused of allegedly "misrepresenting the purpose of the company's investment" and "using company's assets for personal use".

The investigation showed that over many years both Ghosn and Kelly have been reporting compensation amounts in the Tokyo Stock Exchange securities report that were less than the actual amount, in order to reduce the disclosed amount of Carlos Ghosn’s compensation.

Also, in regards to Ghosn, numerous other significant acts of misconduct have been uncovered, such as personal use of company assets, and Kelly’s deep involvement has also been confirmed.

Nissan has been providing information to the Japanese Public Prosecutors Office and has been fully cooperating with their investigation. We will continue to do so.

As the misconduct uncovered through our internal investigation constitutes clear violations of the duty of care as directors, Nissan’s Chief Executive Officer Hiroto Saikawa will propose to the Nissan Board of Directors to promptly remove Ghosn from his positions as Chairman and Representative Director. Saikawa will also propose the removal of Greg Kelly from his position as Representative Director." 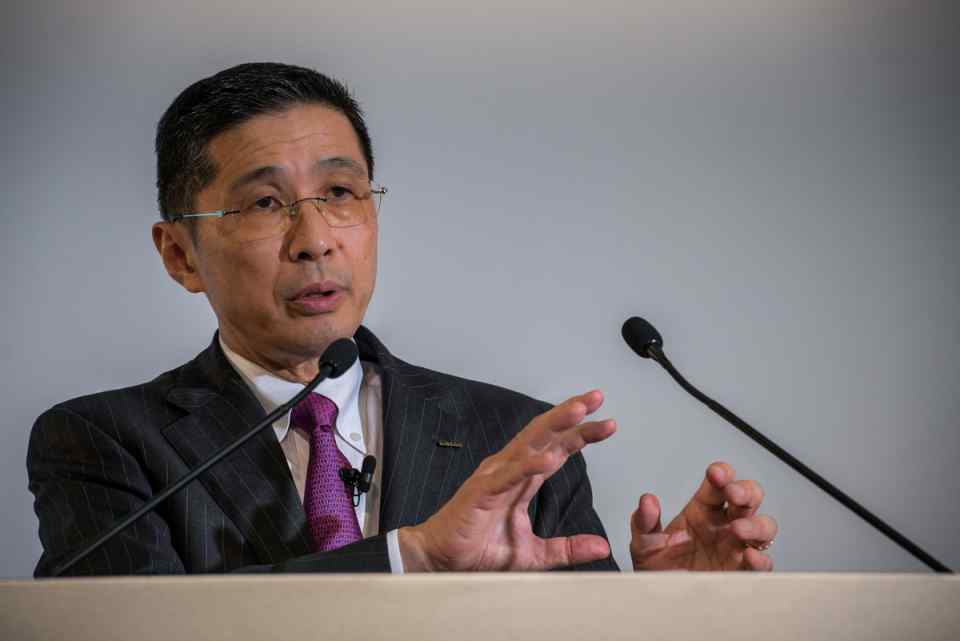 A special press conference was called this evening at Nissan Global Headquarters in Yokohama City by Nissan CEO Hiroto Saikawa. Uncharacteristacally, he was alone unsupported by any legal representative. The statement of Saikawa was very apologetic, emotional and contained very serious wordings short of calling Ghosn a dicator who concentrated decision making power for himself.

In his opening statement, Saikawa said "based on our internal investigation, Representative Director and Chairman Carlos Ghosn was found to have committed significant misconduct led by Mr. Ghosn himself."

Saikawa also cited "concentrating too much power in one person for many years", which may have led to the misdoings.

Ghosn and Kelly have likewise been tagged as the sole "masterminds" of this grand scandal and assured that they are doing and will do everything to minimize the impact on business partners and employees.

The arrest and firing of Ghosn affects the automotive industry on a global scale as his position is rather complicated. He is concurrently Chairman of Mitsubishi Motors, Chairman and CEO of Renault, and the Renault-Nissan-Mitsubishi Alliance.

Ghosn is largely credited for the turnaround of automakers Renault, Nissan, and lately Mitsubishi Motors.

Saikawa also revealed that he will convene a special board meeting with directors on Thursday, November 22 to formalize the dismissal of the two high-ranking executives.

Renault has issued an official statement from Philippe Lagayette, its Lead Independent Director and Board Committee Chairs Marie-Annick Darmaillac and Patrick Thomas. It read:

"Pending provision of precise information from Carlos Ghosn, Chairman and Chief Executive Officer of Renault, the above directors wish to express their dedication to the defense of Renault’s interest in the Alliance. The Board of Directors of Renault will be convened very shortly."

Mitsubishi Motors has also released their official statement on the matter.

2019 Honda Accord to make ASEAN debut this month

2018 Suzuki Swift gets high marks for crash protection, but lack of stability control prevents it from getting 5 stars