Mitsubishi, DENR to promote cleaner air with electric vehicle use

Sharing the road and the opposition to Oposa

Six years of smooth sailing ahead?

Even as vehicular traffic gets more congested by the day, there is a radical idea being put forth to divide the road equally between motorized vehicles and bicycles/pedestrians, and it is getting support from the Department of Environment and Natural Resources (DENR).

Called ‘Bayanihan sa Daan,’ this undertaking seeks to make half of all roads exclusive only to non-motorized transportation to allow the installation of safe and covered sidewalks and all-weather bike lanes.

It is already getting some traction with support from the DENR, Office of the Presidential Adviser for Environmental Protection (OPAEP), Department of Transportation and Communications, Department of Public Works and Highways, Climate Change Commission and various other branches of the government.

In order to get a feel of how traffic would look like if this program if fully implemented, the public is invited to join the 'Metro Manila-wide Road Sharing Exercise' on February 7. Lanes will be divided between vehicles, cyclists and pedestrians within the metro and a culminating activity will be held in Plaza Mexico in Intramuros, Manila.

"It aims to make public transportation safe and reliable, give proper space for non-motorized transport for people who want to walk or bike, improve the air quality of urban centers and reduce the discharge of climate disruptive gases," said Atty. Antonio Oposa Jr. 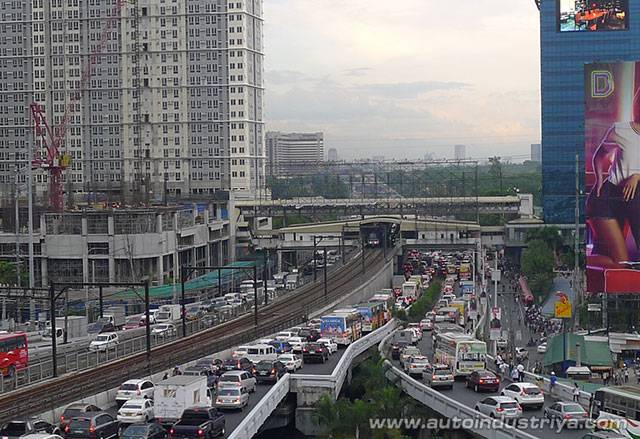 Metro Manila's roads are currently overloaded brought about by the burgeoning population and climbing vehicle sales seen to reach 500,000 units by 2020.

The LTFRB backtracked on its move to phase out of jeepneys aged 15-years and above which are seen are major causes of harmful emissions.

Back to the Future: DeLorean resumes production after 34 years

DeLorean given a new lease on life thanks to Texan company

Mitsubishi, DENR to promote cleaner air with electric vehicle use

Sharing the road and the opposition to Oposa

Six years of smooth sailing ahead?

How do the Geely Coolray and Honda HR-V perform in a head-on crash test?