As the LTFRB announced their August 20 deadline for Uber and GrabCar contractors to have themselves accredited with agency’s TNVS (Transport Network Vehicle Service) regulations approaches, posts on social media caused an uproar alleging that the new program will go against Uber and GrabCar, two popular app-based ride hailing services.

The LTFRB has denied the accusations calling them baseless and added that the premium taxi classification was already created along with legalizing Uber, GrabCar and similar services last May.

"The allegation that Premium Taxi was created to compete with Uber and GrabCar is without basis in fact and in law. Premium taxis are of higher end since only sedans with engine displacement of 2.0 or higher will be accepted. No SUVs, AUVs and vans will be accepted," said Winston Ginez, LTFRB Chairman.

In the Philippines, as with ASEAN

On July 24, the Land Transportation Franchising & Regulatory Board (LTFRB) initiated a public consultation with taxi and PUV operators for the new Premium Taxi Service similar to those being offered in other ASEAN cities. These are marked taxicabs which are identified by their black color and their yellow public utility vehicle plates.

Interested applicants for the Premium Taxi Service were to make a significant new investment which will involve a new 750 square-meter or larger facility with 15-square-meter bays assigned to each vehicle and workshop. The draft memo required a minimum fleet size of 20 brand new four or four door sedans with 2000cc minimum displacement or equivalent alternative fuel vehicle; with a maximum age of 7 years. The cars will also have to be GPS tracking and navigation equipped and have an electronic payment facility. The operator is also required to have an online or mobile booking system.

A Toyota Corolla Altis displacing 1987cc would technically not be included since the required displacement is 2000cc; being a draft the regulations are still subject to change. For argument and minimum cost computation sake, it retails for Php 1,215,000; with the cost of the 20 minimum units required totaling to Php 24,300,000. Or why don’t we include the Honda Civic which displaces 1997cc as well with a retail tag of Php 1,258,000 with a total outlay of Php 25,160,000.

While the significantly large sum could be financed by a bank or similar institution, it is still a considerably large investment. This amount does not include the depot/workshop construction and acquisition or lease of such a facility.

"So far, none of us agreed to avail of the Premium Taxi Service franchise considering the huge investment we have to put up for this. Fees for commuters will also be singnificantly higher based on our projected running costs for these vehicle on top of the taxes that we have to pay. I think people will not be inclined to avail of the service because it will be very expensive. We see this as borderline suicidal if we invested this much with the 7 year limit they set. Applications are also subject to approval by the agency and our existing franchise doesn't guarantee an approval according to them," said a taxi operator who requested anonymity. 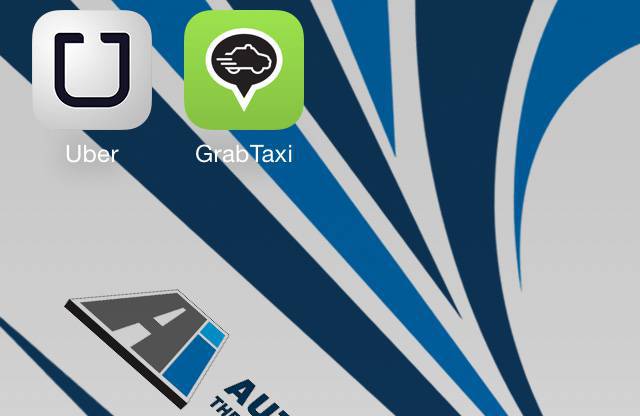 Ginez denied that their regulations are unreasonable as alleged, he cites the fact that the Philippines is the only country that has been lauded for having legalized such services via LTFRB memorandum circular 2015-15. He went on to remind network transport operators that the accreditation fee is Php 10,000 for the Transport Network Company (TNC). For vehicle operators, the fee is Php 510 for the first two vehicles, plus a Php 10 'legal research fee’ and Php 70 per vehicle afterwards, with no limit. He also advised applicants to deal directly with the LTFRB office and avoid fixers or liaison officers.

"While in other countries Uber is either fighting government regulators or its drivers being apprehended and fined heavily by police authorities, the Philippines, through DOTC and LTFRB, was the first country in the world to issue comprehensive regulations to make its operations compliant with our public service laws. This was despite the lobbying of taxi operators for DOTC and LTFRB not to allow the operations of Uber and GrabCar in the Philippines," added Ginez.

The government reasonably wants it share of income from Uber, GrabCar et al. Currently unaccredited operators and drivers of Transport Network Vehicles (TNV) pay no taxes for their income. Trasactions that are considered business in nature are taxable under Philippine law.

Lexus ES350 gets exterior, interior and refinement updates for 2015