An all-new hot hatch has joined the fray courtesy of Suzuki. Making its official debut at this year's Frankfurt Motor Show is the new-generation Swift Sport which is now powered by a turbocharged four-cylinder engine. Lighter, faster and more high-tech, the 2018 Suzuki Swift Sport combines a peppy powertrain coupled to an advanced chassis along with new and improved technologies.

Like the standard Swift that was revealed late last year, the third-generation Swift Sport sits on the new Heartect platform. Lighter and more rigid, the new frame features a smooth shape that Suzuki claimed disperses energy efficiently and enhances collision safety. It also has more spot welds which provides better steering-yaw rate linearity and control. Compared to the previous generation, the all-new model weighs in at just 970kg, 80kg lighter than the second-generation hot hatch. 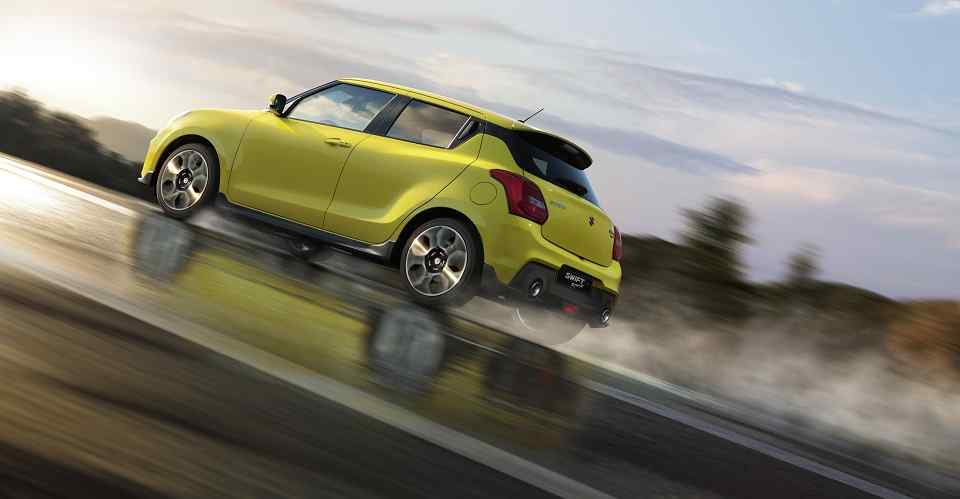 As for its styling, the Swift Sport has a more aggressive look thanks to several revised exterior components. Starting with the front fascia, it gets a mesh-grill design along with an aerodynamic front lip spoiler. Over to its side, it has side skirts and 17-inch polished alloy wheels. Completing the exterior makeover are the dual exhaust pipes, roof-mounted spoiler and a rear diffuser.

Beyond that, Masao Kobori, Chief Engineer for the Suzuki Swift, said that they made the new model lower and wider while making it more emotive.

“We’ve made the car lower and wider, and packed it with lightweight technology. It’s lighter, sharper, quicker. It’s more aggressive and emotive, but we’ve also refined the elements that make it practical to use every day—the clutch feel, the manual transmission shift throw, the seats and steering wheel. Everything that puts the driver at the heart of the experience,” said Kobori. 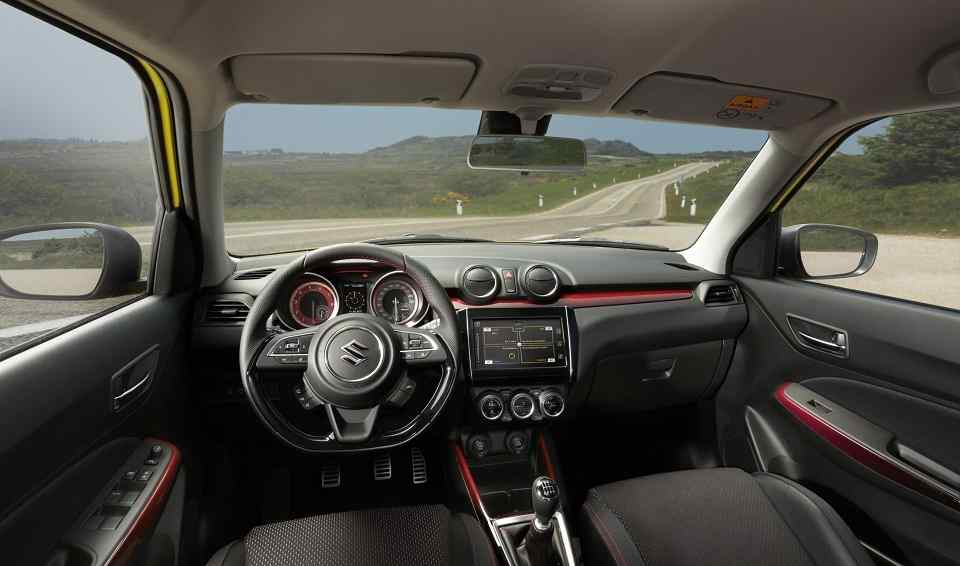 Like its exterior, the sporty profile carries over inside the all-new hot hatch. Red accents can be seen throughout the cabin which denotes its sporting pedigree. The instrument panel gets a slight revision as well and now comes with a new turbo boost and oil temperature gauge on its multi-info display. Semi-bucket front seats come as standard equipment as well as a D-shaped leather steering wheel. A chrome shift knob and sport alloy pedals complete the overall interior look of the 2018 Swift Sport. 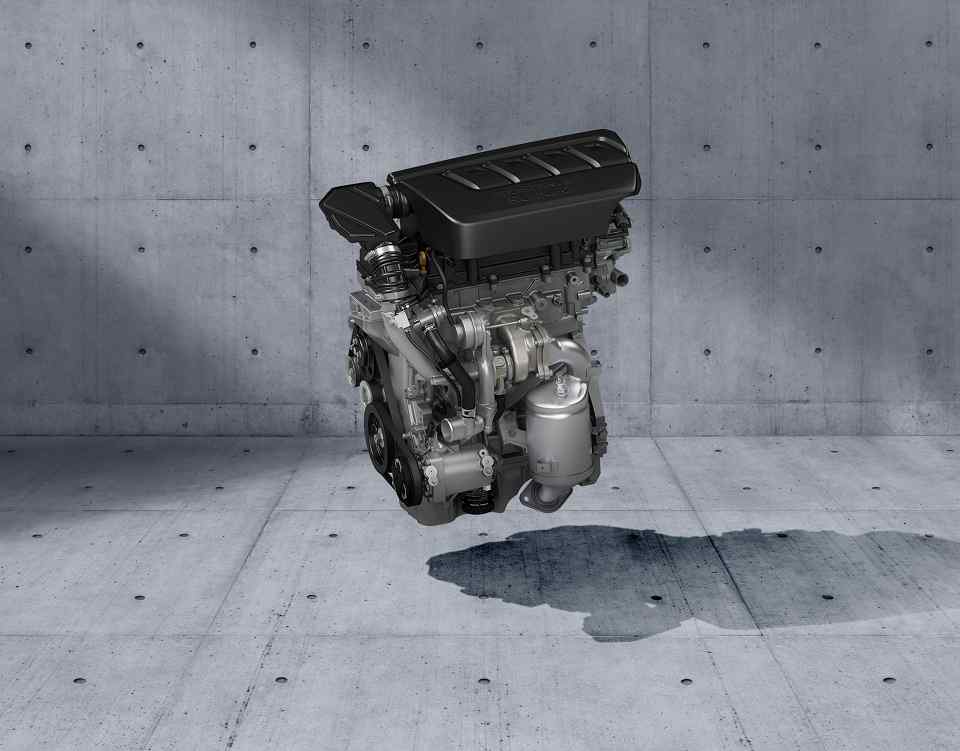 Driving the third-generation Swift Sport is the 1.4-liter K14C Boosterjet inline-four. Benefiting from a turbocharger along with direct injection, the small engine produces a healthy 140 PS at 5500 rpm and 230 Nm of torque available from 2500 – 3500 rpm. It also has several other neat features as well including variable fuel pressure control, dual intake air pressure sensor control for better response, air-cooled intercooler and lightweight intake / exhaust manifolds. It is then mated to an improved six-speed manual transmission used in the previous model.

Allowing the Swift Sport to be more agile comes courtesy of a revised suspension system. Beginning with the front axle, It gets thicker stabilizers bars for better roll stability while the wheel hub and wheel bearings are now a single unit to provide a 15-percent increase in camber rigidity. Meanwhile, the rear suspension has a new trailing arm designed specifically to minimize deformation during cornering. Toe rigidity was improved by 1.4 times while camber rigidity is higher by a factor of three according to Suzuki. Also, both the front and rear come with high-performance Monroe shock absorbers. 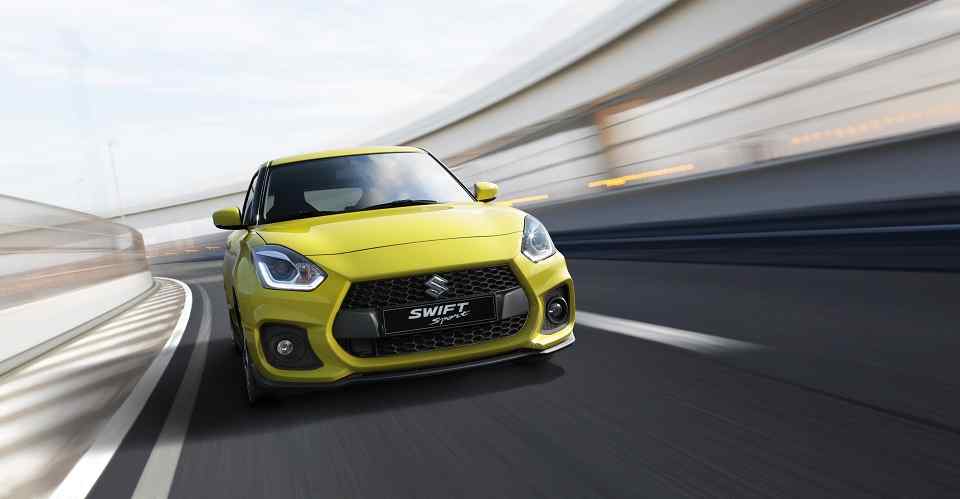