Honda ready to unveil 'racing car for the road'

Honda Design has released the official sketch of the Honda Civic Type R Concept which makes its global reveal at the 2014 Geneva Motor Show at Palexpo in Geneva, Switzerland on March 4. The much-anticipated performance model of its compact hatchback is described by its design team as a 'racing car for the road' featuring bold and expressive styling to reflect its performance characteristics. The next-generation Euro Civic Type-R is scheduled to make its official debut early 2015. 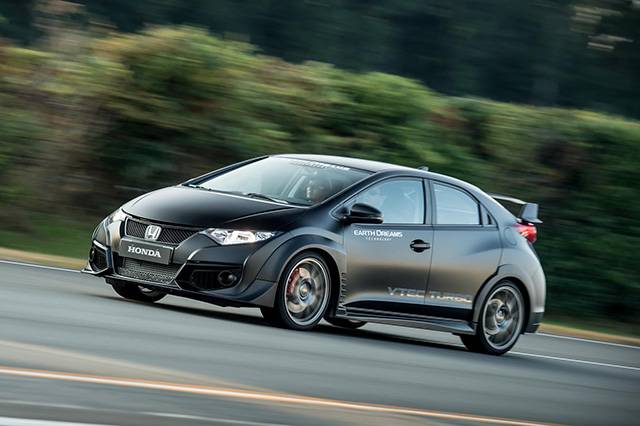 Under the hood will be the newly announced Earth Dreams 2.0-liter direct injection VTEC Turbo engine expected to output at least 280 PS with Euro 6 emission compliance. The new VTEC Turbo will be mated with a six-speed manual gearbox in lieu of a dual-clutch automatic as seen in many performance cars today.

The 2015 Honda Civic Type R has been officially designated as a European model for the meantime. It remains to be seen if the Japanese automaker will decide to roll it out to other markets.

Hyundai PH launches the Grand i10

Reload your EasyTrip RFID by converting your Smart mobile load

Bring home a Toyota Vios for as low as PHP 7,417 this month

Avail of Toyota's new promo for the Vios, Wigo, Innova, and Avanza this May

The 2021 Leaf signals Nissan Philippines Inc's plan to make EVs mainstream, but at a high price