A few months ago, Honda announced that the eleventh-generation Civic will debut by mid-2021. But it looks like they're quite excited about the car, which is good news for us. As early as now, Honda is previewing the all-new Civic. Not only that, they'll show us the whole car come November 17.

So far, the teaser images and video seem to confirm one thing, and that's the design of the exterior. About a month ago, patent images of the car surfaced online, showing both sedan and hatchback body styles of the next-gen Civic. In the video, we get a good glimpse of the headlights and taillights, and it looks a lot like the one in the patent photo. Do note that the vehicle shown in the preview is the sedan, and the hatchback might look a little different from the initial patent.

By the looks of things, Honda is taking a slightly less radical approach with the next-gen Civic sedan. However, the design appears to be a bit more on the revolutionary side than evolutionary. If it's how we expect it, the 2022 Civic sedan has some elements of the Accord, along with unique touches at the back.

You can see some traces of the Accord at the front. There are the elongated headlights and a slim grille that connects them. Also, the C-shaped corner air intakes take some inspiration from the mid-size sedan. As for the rear, the taillights remind us of recent Audi sedans, but we don't think that's a bad thing at all. Also, the trunk lid is higher than the current Civic, making it less coupe-like and more like a traditional sedan.

Now for the engines, and there is a high chance that these will carry over from the current Civic. At the moment, there are six available, namely a 1.0-liter turbo, 1.6-liter non-turbo, the familiar 1.8-liter we have here, a 1.5-liter turbodiesel for select markets, a 2.0-liter for the base North American models, and a 1.5-liter turbo. It could be the same story for the gearbox options, which are currently a six-speed manual or continuously variable transmission. 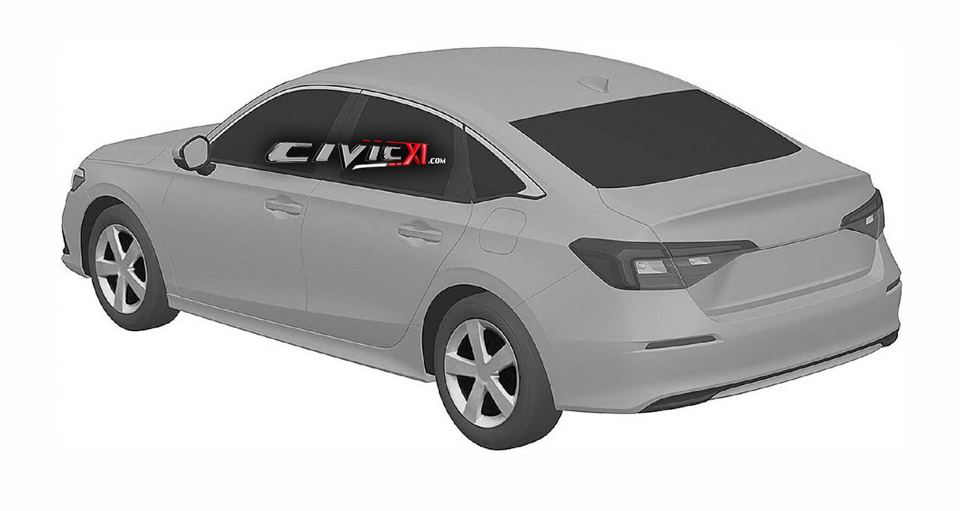 We'll know more about the eleventh-generation Civic once it's out in four days. We're not expecting it here immediately, but given how good the tenth-generation is, we have high expectations with the 2022 model.

1,000 HP Ferrari SF90 Spider is just as fast as the coupe but with open-top freedom