Kia's Imagine is a sci-fi inspired vision of the brand

Kia presents their sci-fi inspired vehicle, but will it make production?

First Drive: Kia Seltos is the crossover to watch in 2020

Kia has sure come a long way. From making low-cost econoboxes, the South Korean automaker has leveled up in terms of design, among other things. Just take a look at the Stinger, for instance. But now, Kia wants to amp things up again, and they're showing the world what their future models could look like in the future with their latest concept.

It's called Imagine by Kia and, yes, that's how they have labeled it.

On to the car and as it turns out, it's actually a four-door and not a two-door as previously thought. Also, the concept sits rather high, and has a hatchback-like rear end. However, it does still have a sleek roofline, giving it a dramatic look. As for the rest of the car, (or crossover), the 'Tiger Nose' looks gets lit up by LEDs and has two more strips of LEDs which could serve as its headlights. Also, it has coach doors and the rear end doesn't appear to have a tailgate.

As for the interior, it was covered just a few days ago, but here's a recap. The dashboard features 21 individual high resolution screens organized in a unconventional fashion. Instead of a steering wheel, it has what looks like a yoke from a commercial aircraft. Also, the cabin features no buttons inside and the dash itself features a 'floating' design.

Now, Kia didn't mention any technical details for their latest concept. All they did say is that it's a fully electric vehicle, nothing more, nothing less. 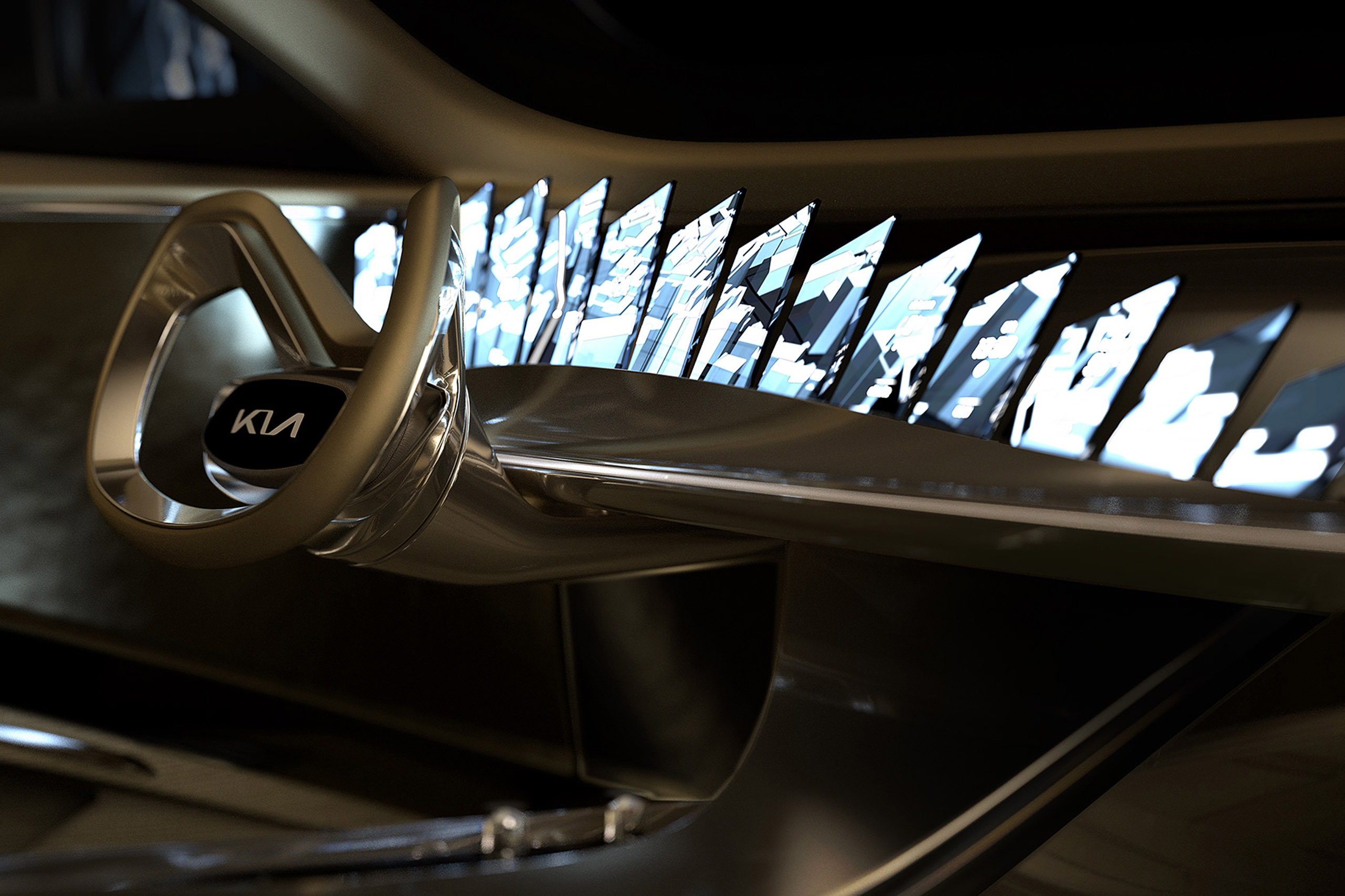 Judging by its exterior design, we do wonder if Kia planning an electrified, lifted Stinger. That's still up for debate.

First Drive: Kia Seltos is the crossover to watch in 2020

Volkswagen will send their own front liners to fight pandemic

Volkswagen employees are raring to go at the front lines. The company responds by giving them full rewards.