Earlier this month, it was reported that a hotter Ferrari 488 would be released, it will supposedly be called the Special Sport Series accoring to the leaked CARB registration document. Now, a photo of the more hardcore Ferrari has surfaced, showing a large portion of the vehicle's front quarter.

The image first emerged on the internet via Instagram user FerrariPhotoPage from VerssenSpotting. It shows the 488 wearing a heavily revised aero package together with new 20-inch lightweight carbon fiber wheels that are 40-percent lighter than traditional alloys. Wrapped around those wheels are sticky Michelin Sport Cup 2 tires. In addition, the front and rear bumpers, as well as the rear spoiler and hood will also be made from lightweight carbon fiber. Compared to the 488 GTB, the hotter 488 will be 20-percent more aerodynamic as it benefits from a GTE-inspired rear diffuser and active rear spoiler. 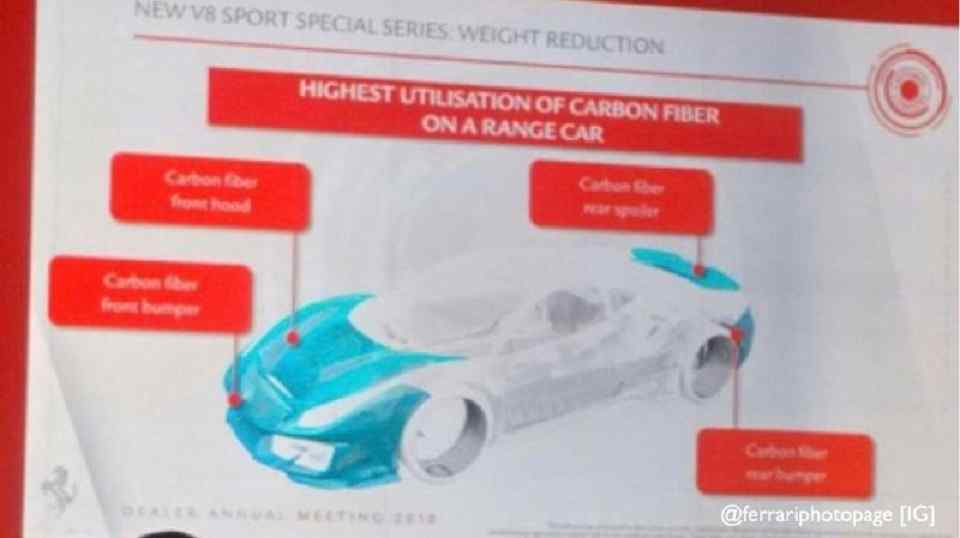 Inside, Ferrari was also busy making the Special Sport Series 488 lighter and more track-focused. Heaps of carbon fiber material and Alcantara trim make their way inside the cabin, with the entire dashboard and transmission tunnel made from the lightweight composite. The floor panels, on the other hand, will supposedly be made from aluminum to further shed weight. Rounding everything up are the race-style bucket seats.

As for the car's inner workings, the Maranello-based automaker claimed that the 488 Special Sport Series will have the most powerful V8 engine in Ferrari history. It will have a unique track-like sound and is an evolution of the 488 Challenge V8 powerplant. Based from CARB documents, it will apparently crank out more than 700 PS and will still come with a twin-turbo setup. 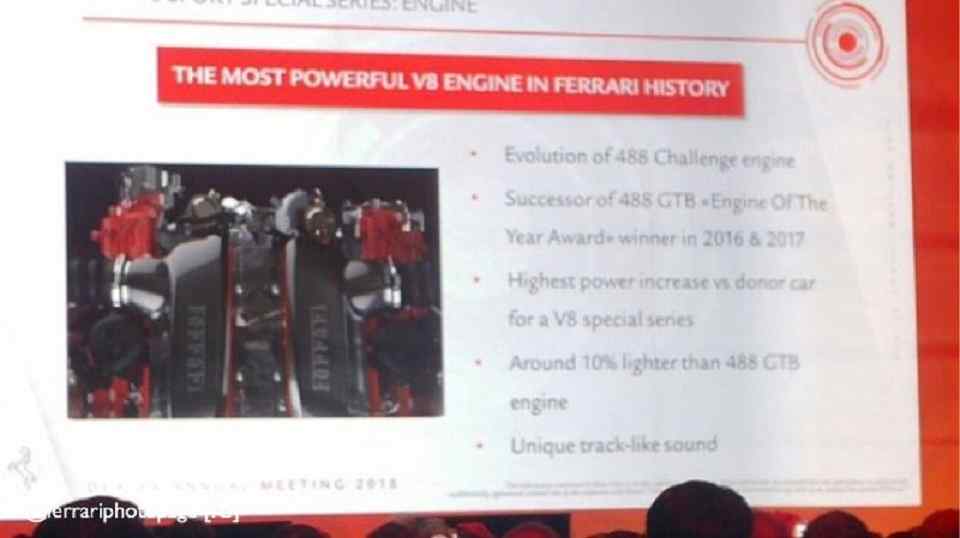 The Ferrari 488 Special Sport Series may likely make its official debut at the 2018 Geneva Motor Show as it has already been revealed at a private viewing.