Implementation to be done through registration renewal

Why it takes longer to renew your driver's license

Should the LTO outsource the driver's exam?

LTO wants to re-implement No Plate, No Travel policy by August 1

The Land Transportation Office (LTO) has issued Memorandum Circular No. AVT-2014-1895 that will require operators and owners of four-wheeled motor vehicles renewing their registration to apply for the replacement of old license plates with the new standardized LTO-approved plates beginning January 2015.

For now, only vehicles with expiring registration papers and based on the last digit of their current plate number indicating their ‘renewal month’, will be allowed to apply for the new license plates.  Application for replacement of old plates will not be honored if the motor vehicle has changed classification and has a pending issuance of new standardized plates; motor vehicles that have applied solely for miscellaneous transactions and motor vehicles that have applied for Duplicate Plates while not yet due for renewal. 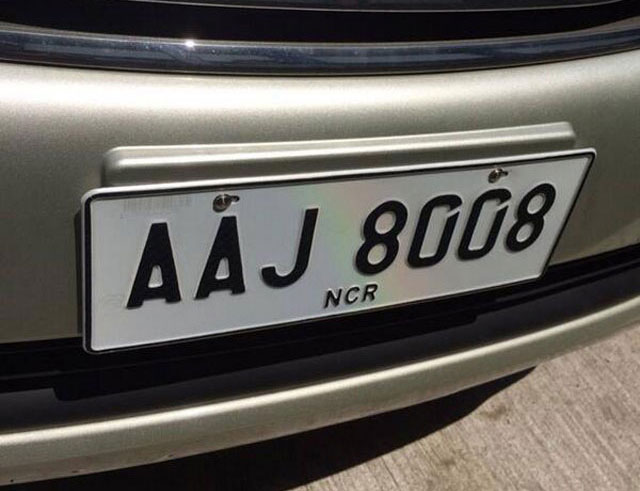 The cost of the new standardized license plate is P450 as long as it is a single transaction made during the renewal process of the vehicle’s registration.  Old license plates need not be surrendered. The vehicle's current alphanumeric plate combination shall remain the same.

The new standardized license plates, which will be released 45 days after the date of registration renewal. Furthermore, the new replacement plates will bear the same alphanumeric character as the old plates.  The latest Original Receipt (OR) and Certificate of Registration (CR) will be required from the vehicle owner or his/her representative before the new license plates are released.

The memo also specifies that vehicle owner/operator must mount the plate prominently in the way the agency has previously advised.  It should be without any accessory or device on or around it.  Neither should it have any attachment that will impede the visibility or alter the reflectivity of the new license plate and the Third Plate Sticker that will come with the renewed registration.

As reported earlier, the new plates will only be valid for (5) five years, and will have to renewed thereafter.

The 2015 Audi Q7 will be available with the e-tron diesel plug-in hybrid that averages 58.8 km/l

The 50 years limited edition 2015 Ford Mustang is the brand's way of paying tribute to five decades of the iconic model.

Why it takes longer to renew your driver's license

Should the LTO outsource the driver's exam?

LTO wants to re-implement No Plate, No Travel policy by August 1