ABT teaser for 1000 horsepower Audi RS6-E is weirdly hilarious

2018 Audi Q5 launched in the Philippines

Audi is at it again with the teasing game. A few weeks ago, the Ingolstadt-based automaker revealed the first design sketch of the upcoming Q8. It features an eerily similar design as the concept version first revealed back in 2017 and has a muscular and athletic exterior that is paired with a sleek coupe-like finish.

Now, Audi has released yet another teaser sketch only this time we get to see the Q8's face. From the looks of things, Audi decided to keep the Q8 as faithful to the original e-tron concept's design. The signature Singleframe grill has vertical slats that highlight the crossover's striking front fascia. 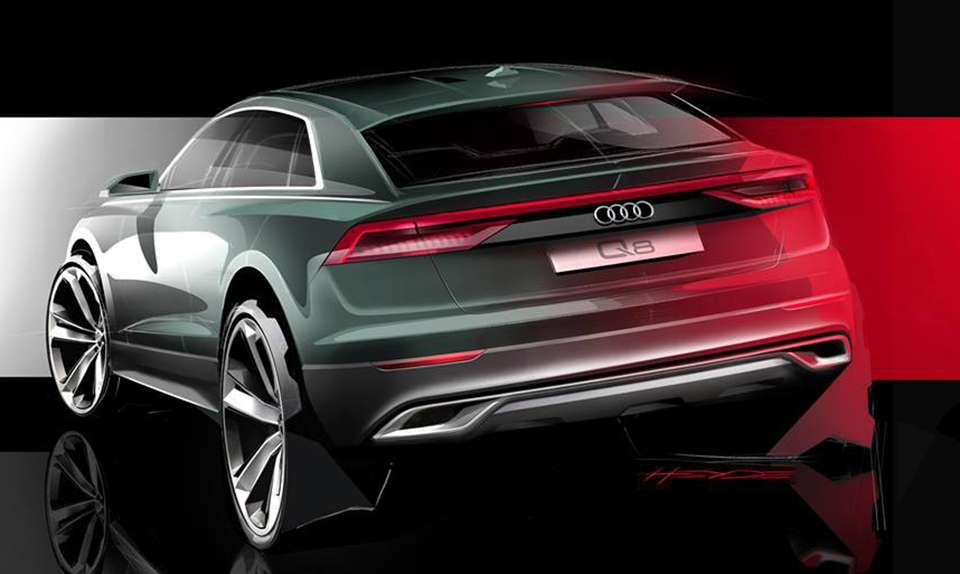 While we have yet to see the car in the metal without the camo livery, it's safe to say that the Q8 seen by our spies months ago is the real mccoy. Looking through the disguise, the prototype Q8 clearly has styling cues borrowed from the original e-tron concept version from the 2017 North American International Auto Show.

We also got to see the interior of the prototype Q8 which has nearly zero physical buttons. In its place are an array of monitors and touchscreen displays which can show vehicle status, infotainment systems, navigation and other menus / in-car systems. Under the hood, expect the Q8 to come with a 3.0-liter turbocharged engine that is helped along by electric motors. Output could be around the 450 PS and 700 Nm mark.

The all-new Audi Q8 could make its world debut some time in the following weeks.

ABT teaser for 1000 horsepower Audi RS6-E is weirdly hilarious

2018 Audi Q5 launched in the Philippines