Over the course of 2017, Mercedes-Benz has been consistently dropping teasers of the all-new A-Class. However, the German automaker has yet to set a reveal date; that is until now. Together with the announcement of the vehicle's launch, Mercedes has also dropped yet another set of teaser images ahead of its debut on February 2.

Unlike previous teaser images, the new set of photos reveal more of what the A-Class will look like. Specifically, the new photo set shows its front fascia more clearly now. From the looks of it, the A-Class front end will be a lot sharper than previous. Furthermore, it somewhat resembles that of the latest CLS with the L-shaped daytime running light and headlight shape. Apart from the lower lip spoiler and thin slats beside the logo, most of the A-Class' front design is still hidden.

At the rear, Mercedes-Benz shows the new LED taillights together with parts of the hatch. Instead of square taillights, the 2018 A-Class now adopt smaller and sleeker 2-piece taillights. Again, it appears to be styled similarly to that of the CLS.

Step inside, and the interior of the A-Class is no longer a mystery. Mercedes has already provided plenty of teaser photos detailing the vehicle's cabin. The interior has been given a large makeover compared to the outgoing model in order to free up more space for passengers and luggage. 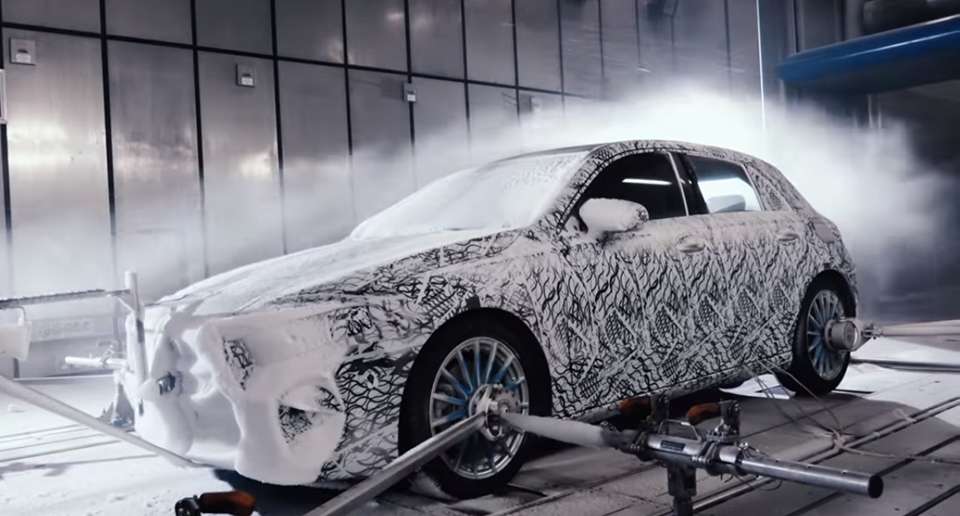 The 2018 A-Class will ride on an evolution of Mercedes-Benz's MFA platform. Expect a wide array of diesel and gasoline engines to be made available during launch. Meanwhile, a more powerful AMG variant could debut in the future once the A-Class has made its public debut.

Volvo and Geely decide against a full merger. Instead, they'll work closely together for next-gen models

Nearly a year after its global debut, BMW Philippines brings in the all-new 4 Series Coupe

Osamu Suzuki retires after leading Suzuki for over 40 years

Suzuki Chairman Osamu Suzuki to retire in June, passes the reins to his son