Nissan Sylphy gets new face for 2019

Nissan Philippines Inc., the newly formed merger between Nissan Motor Company and former distributors Nissan Motor Philippines Inc. and Universal Motor Corporation will finally make its much-awaited debut on March 7. The newly reinforced presence of the Nissan brand in the country will be led by Kenji Naito, as announced in their official statement last December. 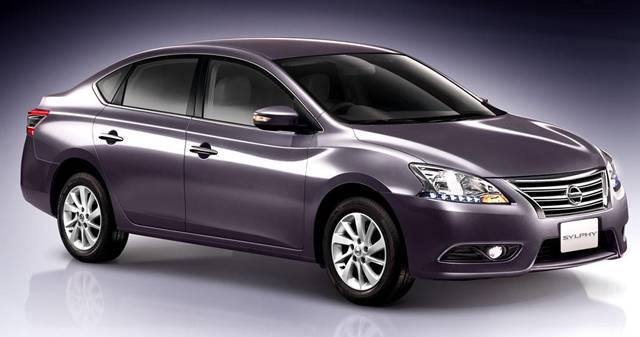 As part of the grand launch, the Japanese carmaker will be introducing the new Nissan Sylphy compact sedan and Nissan Altima midsize sedan to the Philippine market for the competitive passenger vehicle segment to support their Almera subcompact, which was launched in the Philippines January of 2013. The Sylphy has been globally introduced with the new MRA8DE 1.8-liter with twin variable valve timing system and mated to a new Xtronic CVT (continously variable transmission) with subplanetary gear. It measures in at 4,615mm x 1,760mm x 1,495mm with a 2,700mm wheelbase; larger in all aspects than the previous Sentra 200.

The Altima (Teana in other markets) meanwhile will come with an updated QR25DE 2.5-liter engine rated at 173 PS and 234 Nm. It will be mated to a newly developed Xtronic CVT. The new Altima measures 4,875 mm long, 1,830 mm wide, 1,490 mm tall; the body is larger in all dimensions, but the wheelbase remains the same at 2,775 mm. Advanced features such as the Around View Monitor, Lane Departure Warning, and Blind Spot Detection are expected to be fitted as with other releases.

Naito, a 28-year veteran at Nissan, recently served as CEO of Nissan Korea from 2010 to 2013, and was Vice-President for Corporate Planning at Nissan Motor Thailand from 2005 to 2008. He is considered as a key person for the brand’s bolder and more proactive presence in the Philippine market for Nissan’s Power 88 midterm business plan. The Power 88 plan aims to claim an 8% global market share and 8% operating margin by the end of the 2016 fiscal year.

The Nissan brand posted combined sales of 7,893 units in 2013, 7th overall in the Philippine market.

The upcoming McLaren 650S is a result of 50 years building supercars.

Nissan Sylphy gets new face for 2019

2021 GMC Yukon is the fancy Chevy Suburban we won't get

GMC reveals all-new 2021 Yukon, Yukon XL, rides on an all-new platform and gets more luxurious inside and out

Mercedes-Benz sold more cars than BMW and Audi last year, but its rivals are gunning for its top spot

We welcome the GAC GA4 to our long-term fleet. Here's what we think of it so far.