The smallest Range Rover is about to get bigger and sleeker it seems.

After nearly 9 years in production, an all-new Ranger Rover Evoque is set to make its official debut soon. To entice the motoring public, Land Rover recently launched a teaser campaign which gives a sneak peek of the next-generation Evoque wearing its new look.

Spread throughout the city of London, what appears to be unique art pieces are actually wireframe structures that give a glimpse of the 2019 Range Rover Evoque. Made from lightweight aluminum, the 1:1 scale wire forms preview what appear to be a sleeker and larger Range Rover Evoque than before.

“The wire forms have been created to preview the new Evoque – which is the embodiment of Range Rover’s modernist design approach. Where better to put these bespoke installations on display than in the heart of London – one of the greatest cities in the world,” said Gerry McGovern, Land Rover Chief Design Officer.

Based on the photos provided, the Evoque still keeps its distinct exterior design as its predecessor. What's different, however, is that the all-new Evoque gets a more chiseled look. Despite not having all of the key elements in place, styling cues of an evolutionary redesign are present on the Evoque. Blending simple lines to create the Evoque's new look, Land Rover stated that the next-gen crossover is imbued with elegant proportions, while still featuring the Evoque's signature beltline and coupe-like shape.

With only sharp lines showing what to expect once Range Rover officially reveals the new crossover, it leaves plenty to the imagination as to what the Evoque may look like. Thankfully, our eagle-eyed spies managed to snap some photos of the soon-to-be-revealed crossover going around the Nurburgring last March. 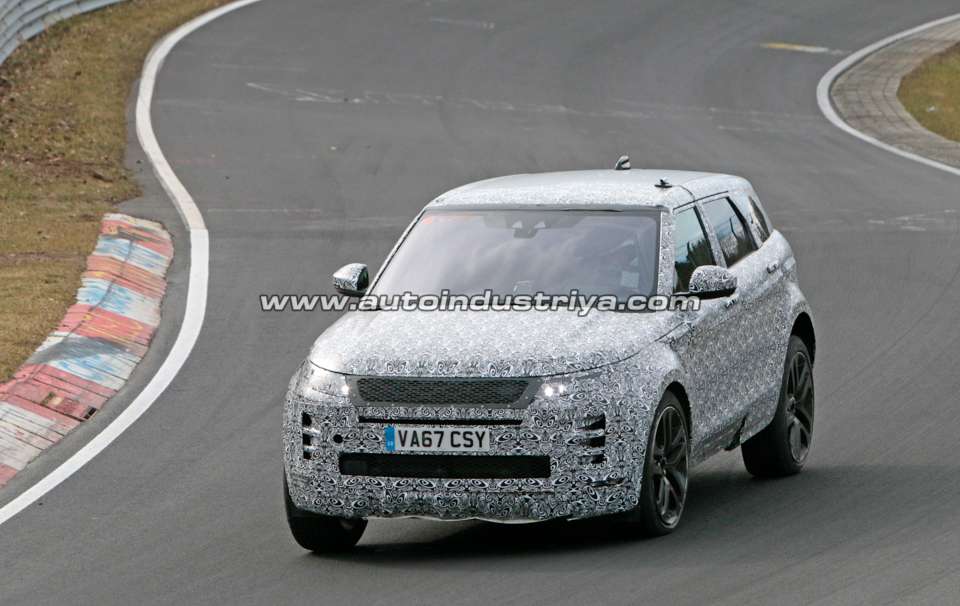 Looking beyond the camouflage, the new Evoque appears to borrow some styling cues from the Range Rover Velar, as well as the new Discovery. Also quite noticeable is its rather hefty size. This could mean that Land Rover was also busy making it bigger in order for it to have better cabin and luggage space.

A wide array of Land Rover's Ingenium range of turbocharged engines are expected to power the 2019 Range Rover Evoque model lineup. Like from before, the Evoque will most likely be available with either turbo-gasoline or turbo-diesel power that is mated to either a manual or automatic transmissions. A plug-in hybrid variant is also expected to be part of the all-new Evoque's powertrain choices.

Leaked: Are you the 2019 Jeep Gladiator pickup truck?

Chevrolet turns the Colorado into a race truck