New York 2018: Volkswagen converts the Atlas into a pickup truck

Volkswagen is ready to unveil their latest crossover and a new report suggests that it will be called the Atlas. The Atlas is set to be revealed on October 27 and will be the marque's first three-row crossover and the first MQB Evo platform to be built in the U.S.

Once it makes its debut, the Atlas will be competing with the likes of the Honda Pilot, Ford Explorer and Hyundai Grand Santa Fe. The Atlas will also be the first Volkswagen to break the brand's naming convention for crossovers being the only one not starting with the letter 'T'. Prior to the report, the new crossover was internally known as the B SUV. 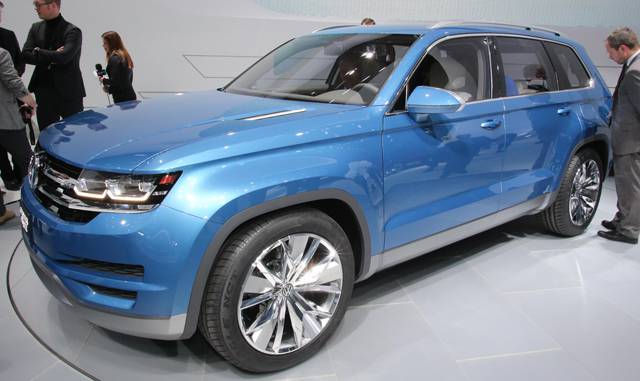 As for engines, none have yet to be confirmed but it is likely that a six-cylinder engine and a plug-in hybrid are the most likely options. It is currently unknown if the Atlas will be offered outside North America.

New York 2018: Volkswagen converts the Atlas into a pickup truck