Tech to the Rescue: Apps that prevent distracted driving

Looks like ride-sharing companies like Grab and Uber will have a much smaller pool of drivers to deal with following the issuance of a new Memorandum Circular by the Land Transportation Franchising and Regulatory Board (LTFRB).

Called MC 2018-003, the document tackles the subject of setting a common supply base for transport network vehicle service (TNVS) providers. What that means is the LTFRB, after consultating with their Technical Working Group (TWG), the Department of Transportation (DOTr), and the TNCs themselves, have set very specific limits to the number of TNVS drivers that will be available for the ride-sharing companies to get their drivers from.

Ironically, what these numbers mean is that every ride-sharing company will have to effectively “share” from the common base set by the LTFRB in a particular area. 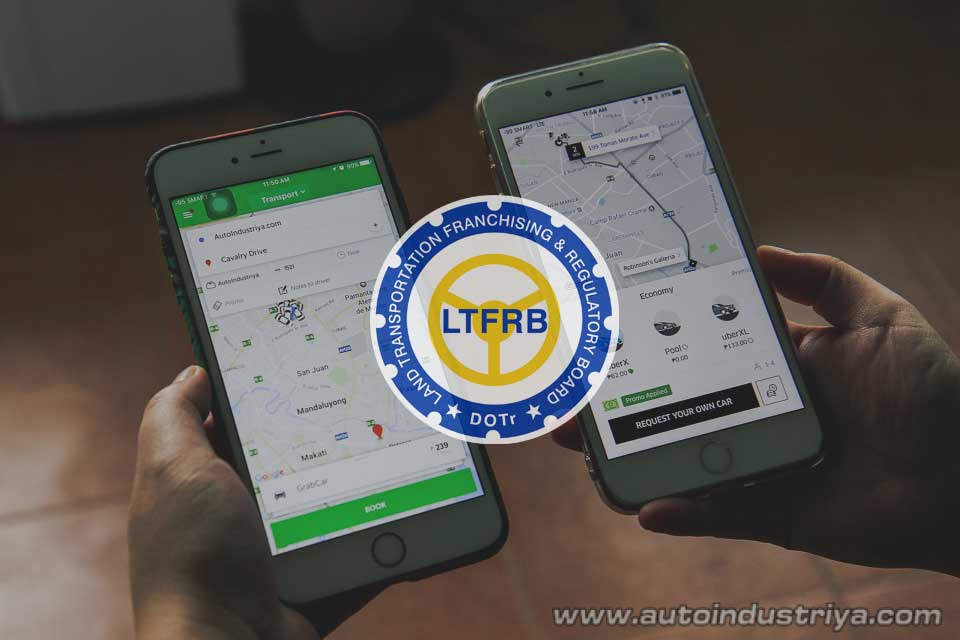 If those numbers seem low, they are; according to various news outlets, each of the major TNCs such as Uber and Grab, each have their own supply bases of accredited drivers. Each of their respective pools of TNVS drivers reportedly exceed the 45,000 set by MC 2018-003.

“The numbers were arrived at by the Board by studying the numbers of the TNVS; part time, full time, churning rate,” said Board Member Aileen Lizada.

The MC stated that other urbanized areas will also have their respective TNVS common supply bases set by the LTFRB when the need arises. Also, the LTFRB was quick to state that these numbers will be adjusted regularly as the need arises.

“These numbers are subject to review every three months because of the uniqueness of the TNVS because mataas ang churning rate nila,” said BM Lizada.

Our spies capture the upcoming Mercedes-Benz GLB undergoing test, this time in daylight

Toyota greets 2018 with the Hilux Conquest

Tech to the Rescue: Apps that prevent distracted driving

By checking out your car before heading out, you can save a lot of time and money

Should Nissan revive the Silvia as an EV?

Here are all the specs, features of 2022 Hyundai Casper

With a starting price of PHP 590,375, the Casper could be Hyundai's most affordable crossover yet