Our eagle eyed spies have chanced upon the 2018 Jeep Wrangler today in two-door form for the first time. The prototypes seem to have shed a significant amount of camo from the last images we shared of the foor-door pickup prototypes.

The two-door model has been noticeably 'missing' since the four-door variants were spotted testing several times; this has kept us wondering if Jeep ran into engineering problems with the two-door version. Today's images have proved otherwise.

Rumored with the internal 'JL' codename, the 2018 Jeep Wrangler was spotted in different forms; a hardtop standard variant and a Rubicon with soft top. It is expected to enter production late 2017 with expected reveal at the North American International Auto Show in early 2018. 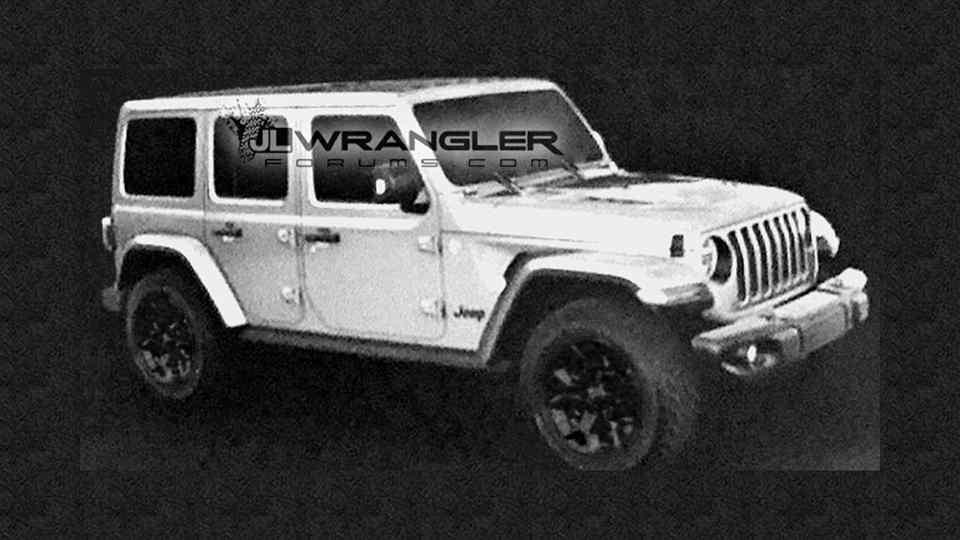 What's interesting with the new spyshots is that it seems to bear similarities with the purported leaked photos posted on JL Wrangler forums recently. The entire 2018 Jeep Wrangler lineup is expected to ride on a new platform which features a new chassis composed of lightweight materials.

Our spies have also reported that the upcoming 'JT' coded pickup variant has been delayed until later in 2019.

As of our last report, engine options for the 2018 Wranger will consist of a 2.0-liter turbocharged four-cylinder, 2.8-liter VM Motori commonrail turbo diesel and a new 3.6L Pentastar V6. A new 8-speed automatic is rumored to be introduced, while a 5-speed manual will also be available. New rumors suggest that a plug-in hybrid variant might also be available.

The next-generation Jeep Wranger will be built at FCA's Toledo Assembly Complex in Ohio.

Spied: A first look at the all-electric 2018 Jaguar I-Pace

Our spies get a first glimpse of the Jaguar’s all-electric crossover, the I-Pace, in its full production body