American-made Subaru Ascent will be called Evoltis for PH

Subaru Ascent headed to Philippines, but with a different name

Next attractions: 2020 cars coming soon to a showroom near you

Having previously staged the Viziv-7 concept debut at the LA Auto Show last year and following up with the Ascent Concept in New York last april, it appears somewhat apt for Subaru to reveal the production version of that concept at this year’s LA Auto show. Now dubbed the Ascent, Subaru is now ready to unveil their new three-row offering to replace the outgoing Tribeca.

If there’s something we can surely expect with the new 7-seater, that would be the fact that we can’t expect it to look as flashy as the concept models that came before it. Subaru’s latest teaser merely hints at the tailgate, a hint of the tail lights, and the ‘Ascent’ badging in the middle. If the proportions of the concepts were to be followed, we can expect the Subaru Ascent to be 5050mm long, 1989mm wide, and and 1839mm tall. 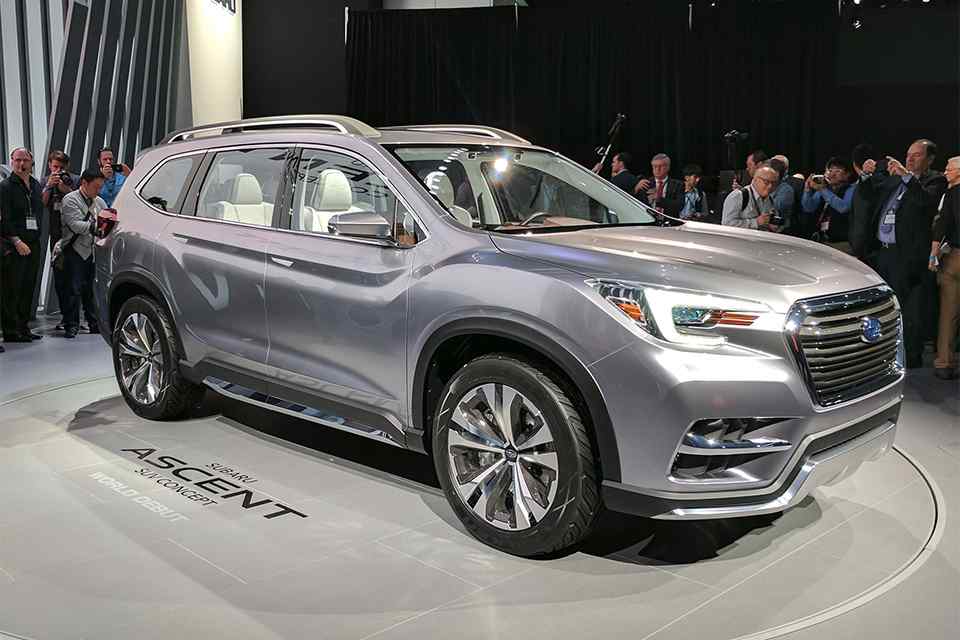 The Ascent – as is standard with all Subarus – will be powered by a newly developed turbocharged boxer engine mated to an all-wheel drive system. While it acts as the successor to the B9 Tribeca, the Ascent will ride on Subaru’s Global Platform that made its debut alongside the 2016 Impreza.

Stay tuned for more details on the Ascent once it debuts on the 28th of November.

American-made Subaru Ascent will be called Evoltis for PH

Subaru Ascent headed to Philippines, but with a different name

Next attractions: 2020 cars coming soon to a showroom near you