One size fits all: 2020 Jeep Renegade

Jeep Renegade gets healthy dose of tech upgrades for 2019

No, you're not looking at abstract art. What you're seeing right now is the sole teaser photo Jeep has released prior to the unveiling of the 2019 Renegade. You read that right, Jeep's smallest offering is set to receive its first refresh and it will make its world debut soon at the 2018 Torino Motor Show.

According to the company, the 2019 Renegade will feature exterior revisions as well as a choice of new engines. Jeep is being coy about specifics but based on the photo provided, the Renegade gets a more stylish set of taillights. 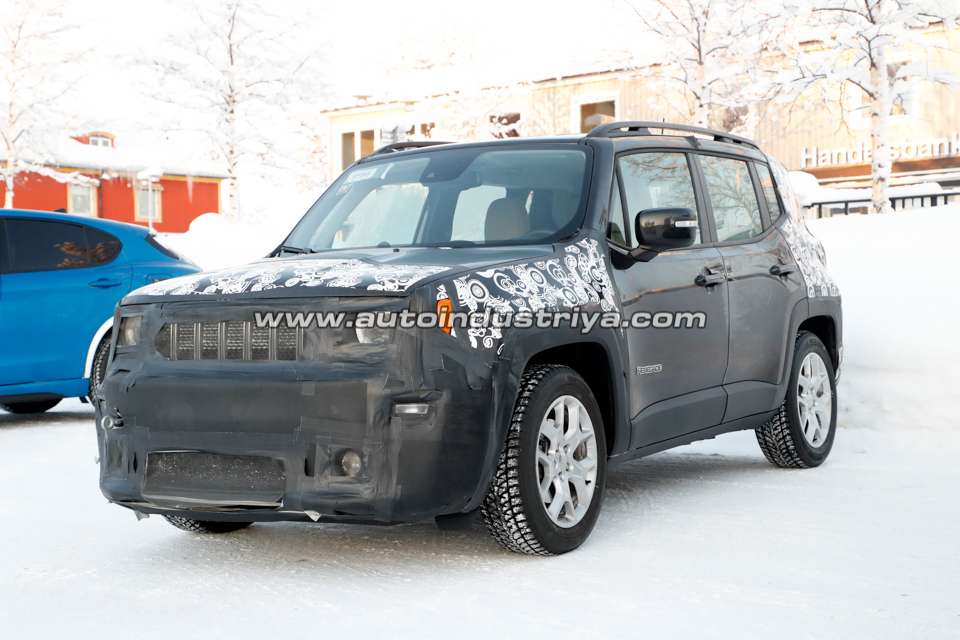 While they may look the same, the 2019 Renegade's taillights now come with a clearer design. Meanwhile, the matte black taillight housings are now finished in gloss black. Also worth noting are the smaller X-shaped turn signal indicators placed on the center. Overall, it appears that Jeep was quite busy making changes on their smallest vehicle.

We have yet to see pictures of the 2019 Renegade's front end. However, our spy photographers did manage to take some pictures of a camouflaged prototype driving in the snow last January. Despite the heavy camo, the refreshed Renegade has apparently received a major facelift. The front grill now comes with a chrome finish while the foglights appeared to have been placed near the center. Finally, the headlights seem to have adopted minor revisions as well.

As mentioned earlier, a slew of new engines will be made available for the 2019 Renegade. Upon launch, there will be a 1.0-liter three-cylinder turbo and a 1.3-liter turbocharged four-cylinder. The former will produce 120 PS while the latter will generate 150 PS. There is no word if the company will retain the 1.4-liter MultiAir2 turbocharged inline-four that is currently seeing use. It produces 168 PS and 250 Nm of torque.

More details regarding the 2019 Jeep Renegade will be revealed once it's officially launched.

One size fits all: 2020 Jeep Renegade

Jeep Renegade gets healthy dose of tech upgrades for 2019

LIST: What you need as APOR hatid-sundo for ECQ

PNP to allow fetchers to pick up and drop off set-up of APORs, essential workers during ECQ