Is Toyota working on a high-performance Century?

Here's how much the Toyota Century will cost in Japan

Akio Toyoda has made the rumored GRMN Toyota Century official at the recent JAMA (Japan Automobile Manufacturers Association), days after spy photos of a mysterious performance Toyota Century made its rounds on the internet.

Toyoda reportedly showed up at the Japan Automotive Hall in Minato City 'quietly' in EV mode as the press was anticipating the discussions on JAMA’s proposals to the Japanese government’s tax reforms on automobiles. 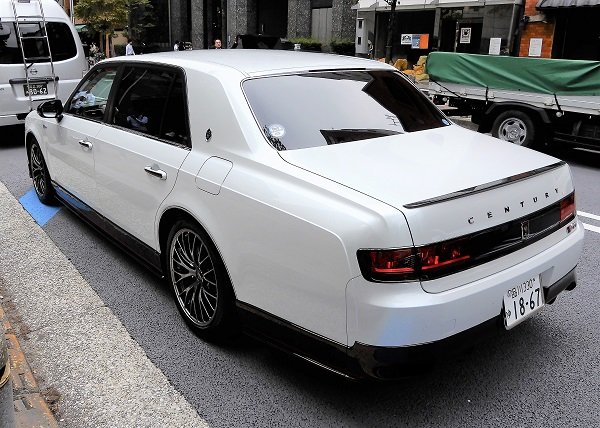 What was initially an 'unassuming' pearl white Toyota Century later produced a rumble which alerted keen observers that it was not an ordinary Century, but the GRMN Century spied days ago. In stock form, the Century is powered by a twin-motor hybrid 5.0-liter V8 engine with a combined output of 430 PS.

The Western-educated Toyota chief executive is perhaps one of the most interesting heads of the Japanese auto industry, normally composed of conservative and old gentlemen. His recent stint to the Philippines to attend the 30th anniversary of Toyota Motor Philippines was capped off with a selfie with guests.

In 2009, Toyoda apologized in behalf of the company for making "boring cars", among other things, and promised to do something about it. This sticker which we recently spotted pretty much sums up how we look at Akio Toyoda after his appearance with the GRMN Century.

Iloilo City gets a taste of Isuzu’s 4x4 Xtreme Xperience

Is Toyota working on a high-performance Century?

Here's how much the Toyota Century will cost in Japan

Mitsubishi Motors PH now has a dealership in BGC

Get free fuel from Unioil when you buy fully-synthetic oil

From July 5 until August 31, customers that purchase any of Unioil's synthetic lubricants will get free fuel vouchers