Bundling Maserati with Alfa Romeo seen as cause for poor performance

Cheap fares for the poor

Maserati has been experiencing a slump in the last couple of years compared to successful years before. Fiat Chrysler Automobiles (FCA) CEO Mike Manley recently admitted that 'mistakes were made' in handling the luxury Italian brand, accoding to a report by Automotive News. Former Jeep brand head Manley assumed leadership of FCA after the untimely passing of longtime CEO Sergio Marchionne.

"FCA's decision to bundle Maserati with its Alfa Romeo marque under a single leader was a mistake," said Manley to analysts on the FCA's Q3 earnings call.

Based on FCA's Q3 interim report, Maserati's earnings dropped by as much as 87% to EUR 15 million in Q3 of this year, compared to the same period last year. This was a result of a 19% decline in global vehicle shipments, the luxury marque only sold 8,800 units compared to 10,900 units during the same period in 2017. Overall, Maserati profit margin dropped to 2.4-percent for the quarter and is expected to continue the downtrend until the end of 2018.

According to Manley, the poor financial performance was partly due to the mistakes made on how the Maserati brand itself was handled. Because of FCA's decision to bundle Maserati and Alfa Romeo under a single leader, Maserati was then managed 'almost as if it was a mass market brand' rather than a luxury one.

"With hindsight, when we put Maserati and Alfa together, it did two things. Firstly, it reduced the focus on Maserati the brand. Secondly, Maserati was treated for a period of time almost as if it were a mass market brand, which it isn't and shouldn't be treated that way," said Manley speaking to Automotive News.

Aside from the mismanagement, the report also states that Maserati was hit by the recent slowdown in the Chinese market and the new WLPT emissions standards in Europe. Considering that Maserati has been producing the same vehicles for years, this is also likely one of the reasons for the slump. The GranTurismo has been in production since 2007 while the Quatroporte and Ghibli in 2012 and 2013, respectively. While there have been updates here and there to both models, they are still the same aging vehicles. 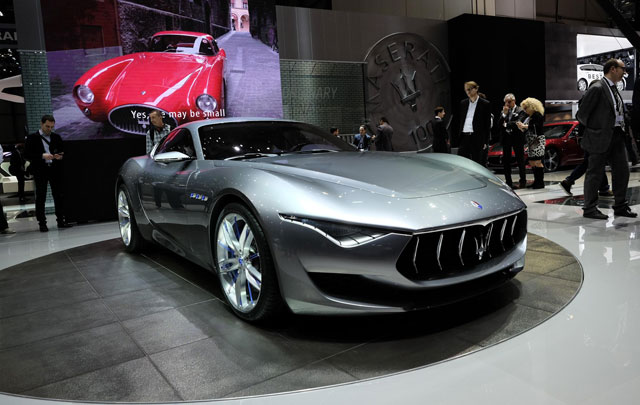 Maserati has yet to reveal production versions based on their Alfieri concept which was shown back in 2014. The Alfieri aims to replace the aging GranTurismo coupe and convertible. New four-door models are also expected by 2022 along with a new SUV to slot right below the Levante.

The late FCA boss Sergio Marchionne intially had ambitous plans for Maserati. He expected the Italian marque to have deliveries of 75,000 vehicles in 2018. However, back in June 1, the target was revised to 50,000. Considering the brand has only sold 26,400 vehicles in the first nine months of 2018, it is unlikely that Maserati will be able to reach this plan, as it would have to sell nearly 24,000 vehicles for Q4 alone.

Last month, FCA appointed chief technology officer Harald Wester as the new head of Maserati, who had previously led the brand from 2008 to 2016. Manley says that Wester has a good understanding of the luxury market along with a 'deep understanding' of the Maserati brand.

Jean-Philippe Leloup has also been recruited from Ferrari to lead a new Maserati Commercial unit to take charge of global sales.

Old meets new in this electric Mustang made by Charge Cars

Travelling from Bicutan to Rizal and vice versa can now be done in half the time thanks to Php 1.28 billion Laguna Lake Highway

Cheap fares for the poor

No price increase yet for Geely PH

Volkswagen T-Cross coming to PH market, but how much?