COVID-19, also known as the coronavirus, has had a profound effect on just about every industry, the automotive sector included. Just look at the 2020 Geneva Motor Show. For the first time since the second world war, one of the world's biggest auto shows has been canceled due to this epidemic.

As a result, over 60 cars and concepts launched were jilted, forcing automakers to do online reveals instead. So what were supposed to be the biggest debuts and launches this week? Read on, and it's a pretty hefty list. 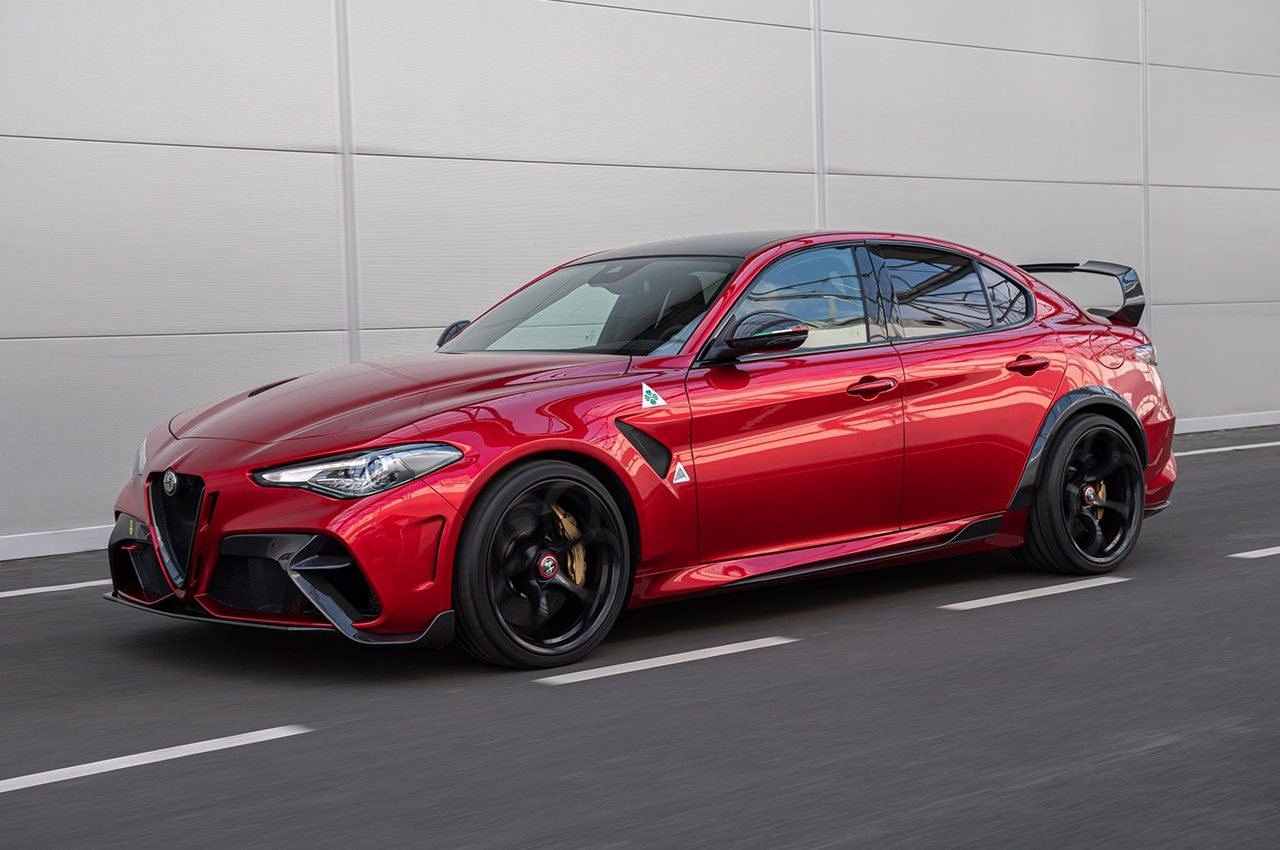 There are no all-new cars from Alfa Romeo, but they did release what is essentially a touring car for the road. Based on the Giulia Quadrofoglio, the Italian automaker stripped out most of the luxuries, threw away the back seats, put in Lexan windows, and added four-point harnesses to the front seats. The result is the Giula Quadrofoglio GTAm, it is the most extreme version of the sports sedan and, despite the touring car with license plates look, it remains street legal.

But if that's too much, there's also the GTA which keeps most of its creature comforts. Both get an uprated version of the twin-turbocharged 2.9-liter V6 and now puts out 553 PS. Suspension has been tweaked too with a wider track at the front and rear for enhanced road-holding. 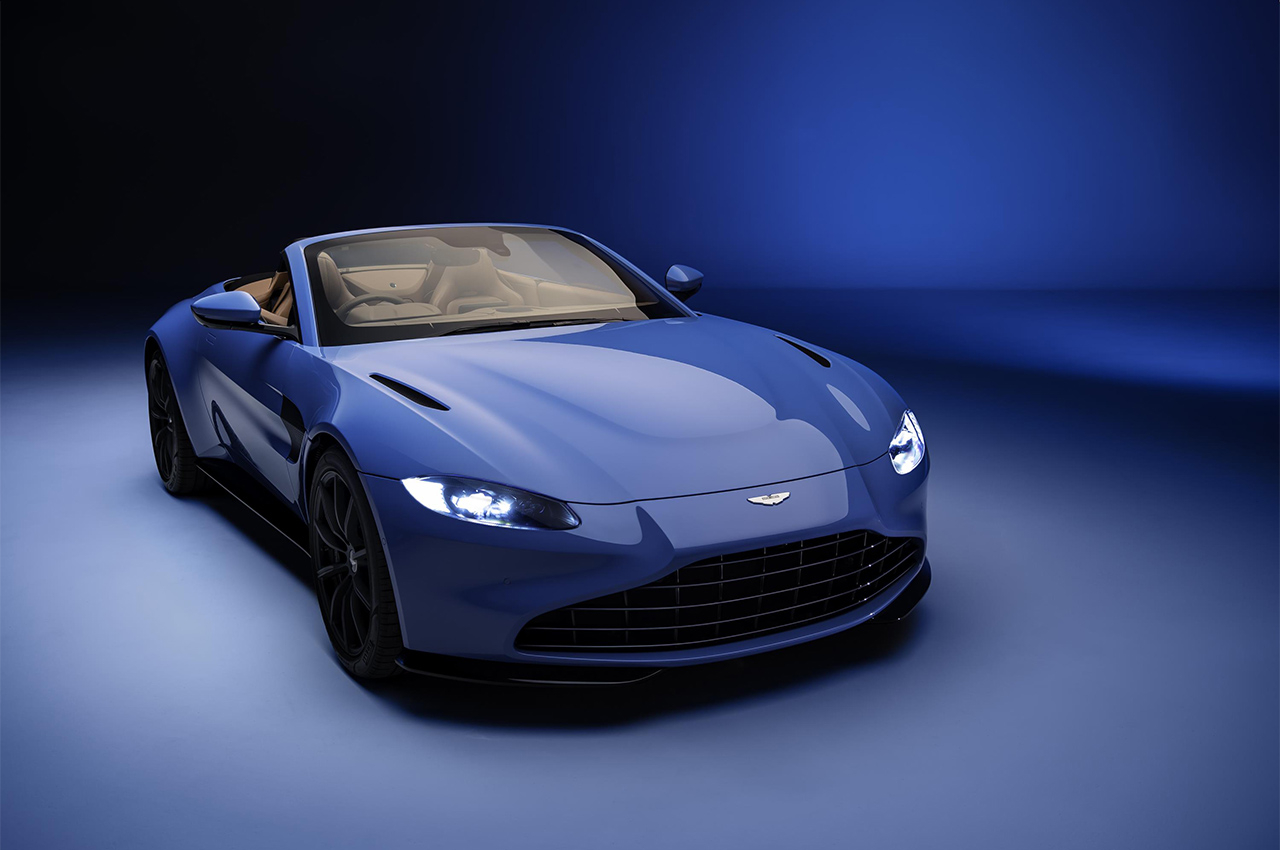 Aston Martin was supposed to reveal two new cars in Switzerland this year, namely the Vantage Roadster and DBX Q. The Vantage Roadster is essentially the topless version of the Vantage coupe and, yes it packs the same power as its hardtop counterpart. From its twin-turbocharged 4.0-liter V8, it doles out  510 PS along with 685 Nm of torque.

As for the DBX Q, it's a specialized, upgraded, and uprated version of their first ever crossover. The 'Q' in its name is a nod to the specialist division within the James Bond series, and Aston Martin has done the same with their in-house tuning department as well.

Audi was only supposed to reveal just one car at Geneva, but it's one of their significant volume sellers. That's the all-new A3 and, for now, it's the hatchback version that's out. Design changes are best described as evolutionary, much like most models in the Audi line-up. Expect a wide range of engines to be made available from turbocharged gas, turbodiesels, and plug-in hybrids as well. It's also worth noting that Audi will also use seat trimming from recycled PET bottles, a first for the automaker.

Over at Bentley, two drop tops would have been launched had the show pushed through, namely the Mulliner Bacalar and Continental GT Mulliner Convertible. The Mulliner Bacalar isn't just a special edition of the Continental GT convertible. It's a totally different car from the full-sized cruisers from the marque, employing a sleek, aggressive design. Bentley says it's a 'super exclusive' model meaning you'd be lucky to see one on the road. It draws some inspiration from the EXP 100 GT and packs well over 600 PS.

As for the Continental GT Mulliner convertible, it gets more exclusive and luxurious touches from the esteemed coachbuilder, marking it as another highly exclusive model from the ultra-luxury brand.

It may be a concept for now but BMW's future car has its sights firmly on the Tesla Model 3. It's called the i4 and it's essentially a pure electric version of the 4 Series Gran Coupe, which is another car that has yet to be revealed. Production test mules have been spotted and BMW even released 'official spy shots' of it too, meaning it won't be long before we see the road-going version.

After over a decade in the market, Fiat has finally fully redesigned the retro-looking 500. First shown as a full EV in cabrio form. It's still rocking the retro-chic look, but it's been given a few more modern touches to go along with it. The same goes for the cabin which blends cues from the original 500 and modern tech. Expect a wide range of engines to join the range in the future. 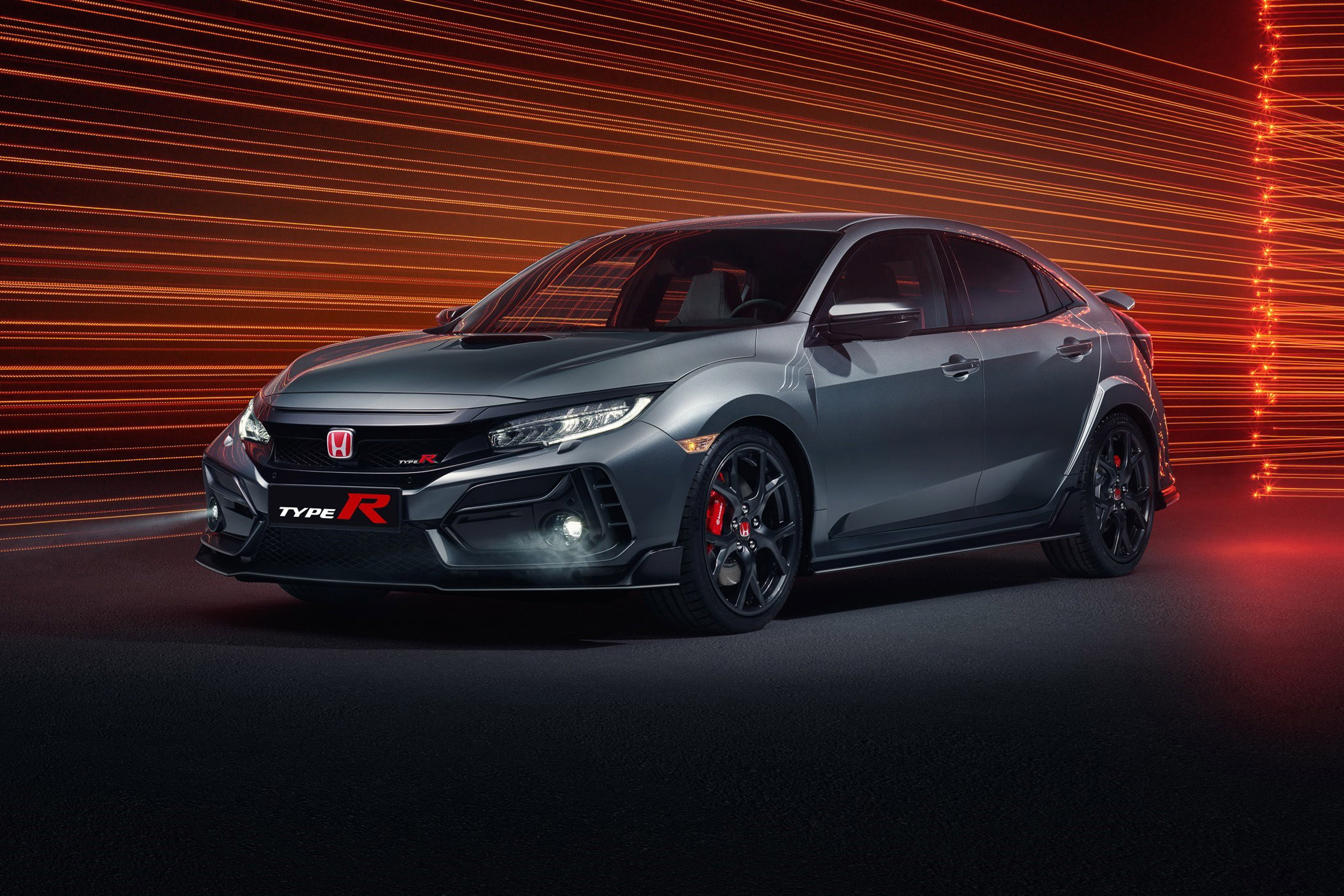 After a few years in production, Honda decided to give their Civic Type R a bit of a nip and tuck for the 2020 model year. First shown during this year's Tokyo Auto Salon, the updated Type R was supposed to make its European debut this week. Its suspension was tweaked, along with a few underchassis components that aim to deliver a sharper drive. But for those who want a more subtle version of Honda's capable hot hatch, they also introduced the Sport Line which ditches the massive rear wing and swaps out those 20-inch alloys for a 19-inch set instead. 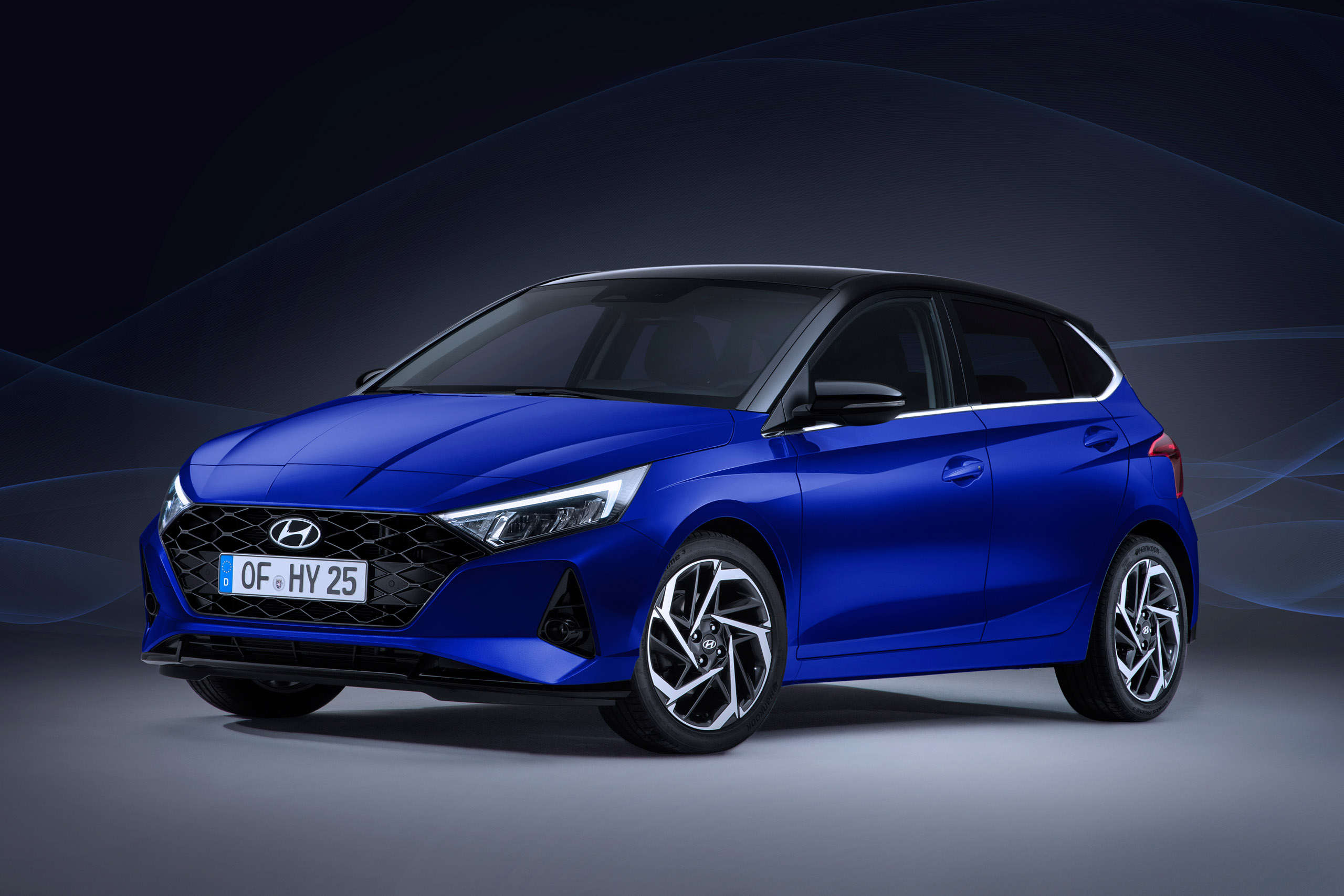 Two new hatchbacks join Hyundai's range this year in the form of the next-generation i20 and the heavily facelifted i30.

The (online) launch of the i20 on European soil is timely too as Honda and Toyota just brought in the all-new Jazz and Yaris over to the Continent. With the i20 getting a full redesign, the subcompact class in Europe will surely be a hot one.

Moving one size class higher, the i30 still rides on the same underpinnings as the current model. One look at the car and you might think otherwise as just about every panel has been redesigned for this “minor” model change. The same goes for the interior too, and new engines join the range as well. 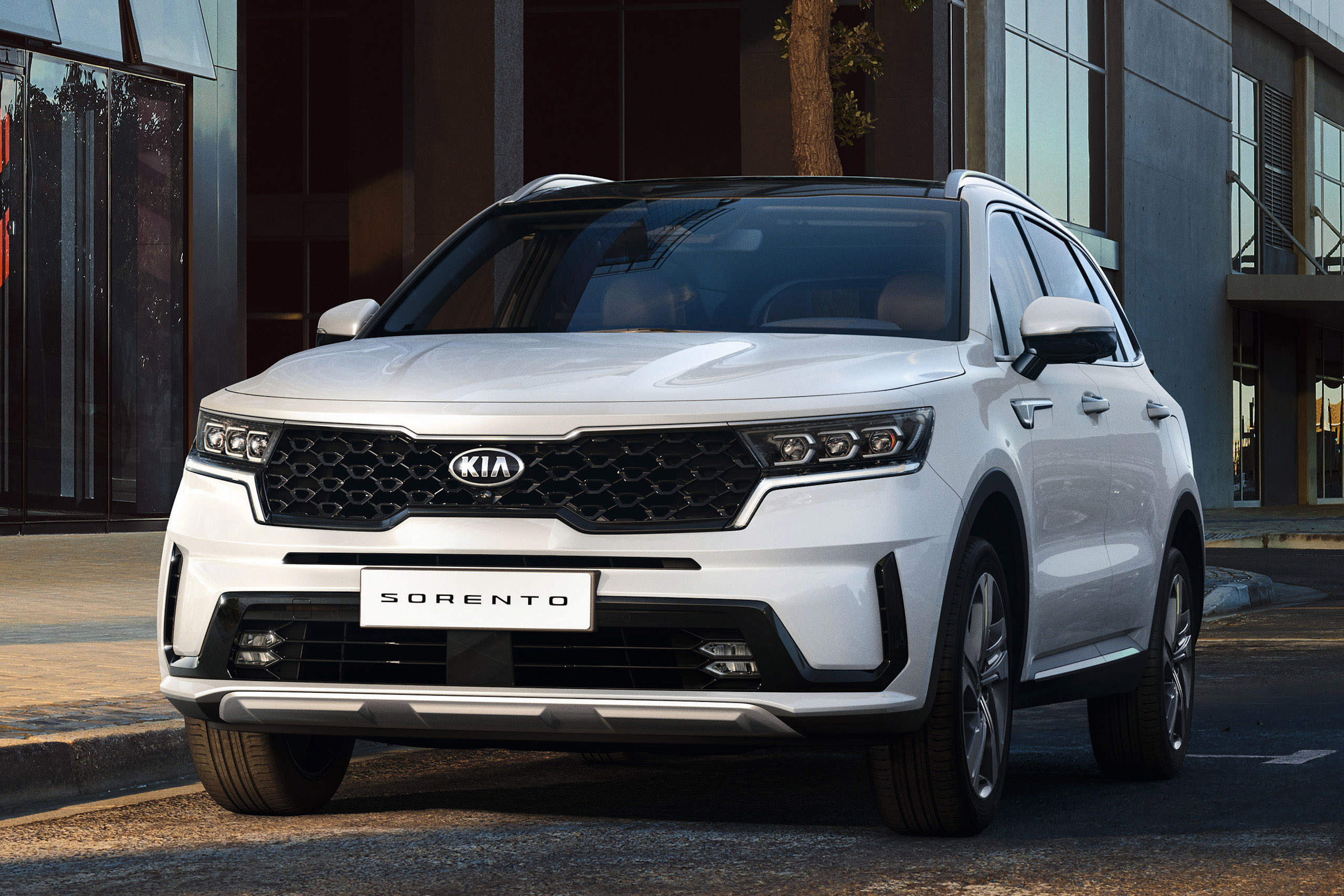 Much has been said about the 2021 Kia Sorento. It's based on the current-generation Santa Fe, has a host of new engines and, for the first time, it's also available with hybrid power too. The new look is a mix of familiar and revolutionary as the fully redesigned Sorento now adapts the new company look which was kicked off by the Seltos. It will roll out in its home market first, then the West, and eventually, the rest of the world.

There were supposed to be three launches for Mercedes-Benz in Geneva, namely the GLA, GLA45 by AMG, and perhaps most significantly, the heavily updated and upgraded E-Class.

The GLA range rides on the new NGCC platform which is currently being used in the A-Class, B-Class, GLA, and GLB. Engine range has been expanded, which includes the AMG-tuned version.

As for the E-Class, the front and rear have been totally revamped, employing a look inspired by the CLS four-door coupe. All in all, the exterior has been given a sharper look. Inside, there's more tech and also adapts a more up to date design as seen in the GLE.

Volkswagen didn't wait for Geneva to show full specs of their four performance models. They have released full details of the Golf GTI, GTD, and GTE, along with the Touareg R. But one model that itsn't a performance derivative is the all-new Caddy.

First, a quick run-down of the performance Golfs. The GTI makes 245 PS, the GTD has 200 PS, while the GTE at 245 PS as well. The thing about the GTE is that it has the same power as the GTI but the torque of the GTD thanks to its electric motor. The Touareg R on the other hand returns and now packs a plug-in hybrid system. With the aid of electric boost, this crossover packs 462 PS and 700 Nm of torque.

Last but not least is the Caddy, which has been given a bumper to bumper redesign. It now rides on the new modular platform from Volkswagen. Designed as a work van or people carrier, the next-generation Caddy has a host of new turbodiesel engines with two AdBlue (urea) injectors to keep emissions low. Design on the hand is evolutionary, retaining the upright and relatively boxy look it's had from the first generation.

-
There are loads more cars that were supposed to come out at Geneva, but the ones mentioned above are just some of the biggest. Given the current situation, we hope that no other auto show will end up with the same fate as the Geneva Motor Show. With two motor shows in this year's local calendar (Manila International Auto Show and Philippine International Motor Show), we're hoping for nothing but the best.

(Note: This is a developing story. We will be updating it as the automakers launch their new models online. Photos and cars will be added once cars are officially revealed.)

Was it the right call to push through with the 2020 Bangkok International Auto Show?