It sounds tough being a car owner in Singapore. You have to shell out about a million pesos to bid for a piece of paper to buy a car, taxes are sky high, and renewing registration costs an arm and a leg. But despite that, the motoring scene in Singapore is one of diversity.

We got a sample of that when we went to this year's Singapore Motor Show, and it was quite a selection. Despite the small sales figures (they only shift less than 100,000 cars a year), Singapore serves as a vital market, with the show serving as a regional launchpad for several key vehicles.

From entry-level sedans to posh SUVs, you could see them all in Singapore. Here are the show's most significant debuts.

Who said sedans were dead and a thing of the past? Over the course of the show, there were four new compact sedans showcased, and we're not talking about luxury marques either. In fact, they're pretty regular cars and we're rather excited for them.

From Nissan, there's the facelifted Sylphy showing off its new 'V-Motion' grill. Over at Hyundai, the Elantra with its triangular-themed redesign. Its mechanical twin, the Forte (called the Cerato in Singapore) was also shown in Singapore, and that too got an update.

And then there's Mazda surprising the crowd with the regional debut of the all-new Mazda 3. What made it more special is the fact that it was just revealed in Los Angles just two months ago, and seeing it in person was a rather interesting experience. It looks like we won't have to wait that long for its local debut too.

Of course there are crossovers

One thing you'll notice in Singapore is the distinct lack of pickup-based SUVs. Sure, the occasional Fortuner may appear in the wild, but it's just not their thing. What you'll see instead are crossovers of various shapes and sizes, and the Singapore Motor Show introduced a couple of new ones too.

Mitsubishi displayed the Eclipse Cross and facelifted Outlander, both in standard and plug-in hybrid forms. Kia on the other hand brought the Stonic to the show and it's essentially the close cousin of the Hyundai Kona. With Kia restructuring in the Philippines, it is possible that we could see it in local showrooms.

On to Subaru and they showed us the hybridized Forester. Dubbed the e-Boxer, we got to drive it and, on first impressions, it is promising. The best part is we'll actually be getting sometime in 2020. Could this be the hybrid that the masses will embrace? We sure hope so. Besides, who doesn't want a fuel efficient family car that can take on floods? 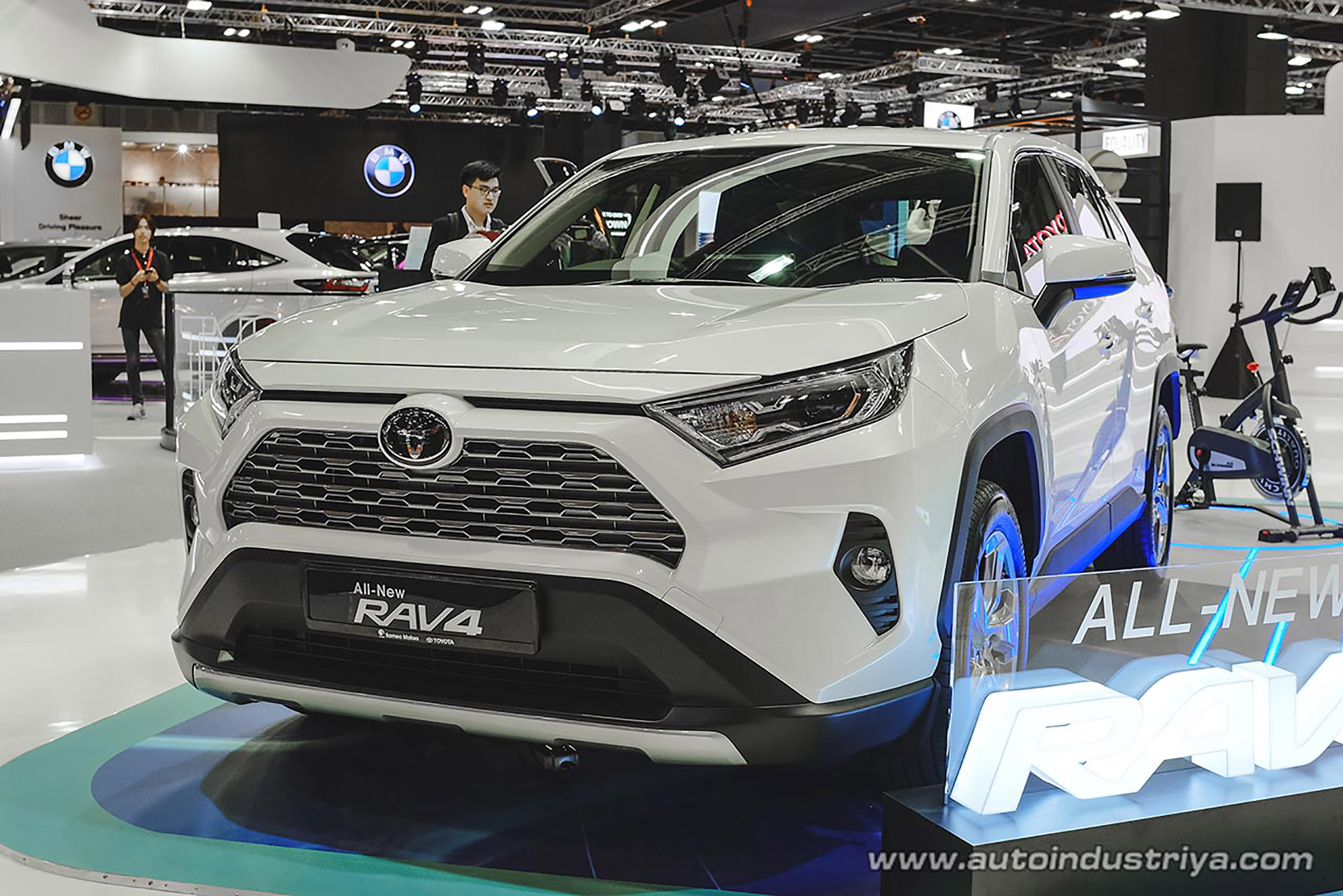 Last but not least, Toyota. Like the Mazda 3, it was one of the surprises of the show and Toyota chose Singapore as the regional launchpad of the crossover. It's a bit more conventional than the Forester e-Boxer on the basis of it being powered by a good ol' combustion engine. Still, the arrival of the car in the region means it might not be a long wait before it makes its local debut.

Yes, we're back to sedans but this time, we're looking at top-dollar four-doors. In a country where you'll see a BMW 5 Series or Mercedes-Benz E-Class at just about every corner, luxury brands are a big thing in Singapore.

And speaking of Mercedes-Benz, they quietly unveiled the (mildly) facelifted C-Class. It's a 'blink or you'll miss it' update but the changes are there. It gets new headlights, bumpers, grill, and tail lights. Volvo made a stand too and debuted the all-new S60 sedan for the first time in the region.

A special mention goes to Peugeot. Despite not being an all-out luxury brand, they pulled the wraps off the second-generation 508 and, in the metal, it was a stunner. No longer a sedan, the five-door liftback is France's take on the practical coupe.

But the crowd-puller among the luxe sedans was, to no one's surprise, the all-new BMW 3 Series. Lighter, longer, and wider than the soon to be outgoing model, the 2019 3 Series made waves during the show, mainly because it was the first time the sedan touched wheels in South East Asia. Arriving in the region in 330i M Sport form, expect standard models to trickle through in the future. Following the mixed reviews of the current model, we're hoping for a return to form for the compact executive sedan.

While we're on the luxury theme, let's take a look at the luxury crossovers that also made their ASEAN debuts.

We turn our attention to England as Jaguar and Land Rover premiered two new posh high-riders at the show. From Jaguar, there was the all-electric I-Pace which has been generating a bit of buzz over in the West. It will be interesting to see how it will perform sales-wise in the region. Land Rover on the other hand had the all-new Range Rover Evoque on display. Upon first glance, you could mistake it for a facelift of the current model but it is, indeed, a full model change.

Moving to the Germans and the Audi Q8 has touched down in ASEAN. Serving as their flagship SUV, it is a sleeker, more rakish version of the Q7. With a potent turbocharged V6 engine under the hood, the luxury crossover promises to be as fast as it looks.

And finally, Japan with Lexus marking the arrival of the UX in the region. There, it is available with either a turbocharged, four-cylinder or a hybrid powertrain. If you like how it looks, it's going to be launched here sooner than you think.

Our time during the 2019 Singapore Motor Show was rather limited. Nonetheless, there were loads of significant regional debuts meaning the cars we featured over the past couple of days are most likely the ones you'll see in local showroom floors in the near future. If anything, Singapore has given us the chance to take a sneak peek as to what's coming in 2019.

If the cars in the show would serve as a barometer, it looks like 2019 will be an exciting year in motoring indeed.