What comes to mind when you hear the name Chevrolet?

If you're picturing big, V8-powered muscle cars burning rubber and heavy duty SUVs off the beaten path, then yeah, you know what I mean.

So what is Chevrolet doing making a multi purpose vehicle (MPV) like the Orlando? More to the point, why do I like it?

For one, I actually like the way it looks; this coming from a guy who generally thinks that most MPVs look rather bland. I like the front end with the Chevy family face and the big headlamps. Ditto for the rear end. The side profile does show it's an MPV with it's length, but overall, it reminds me of a long, lowered Dodge Nitro... strange as that may sound. It's edgy. It's boxy. It's got character and it stands out. One thing I would change is the rolling stock, as I think a new set of aftermarket wheels would do wonders for the Orlando. 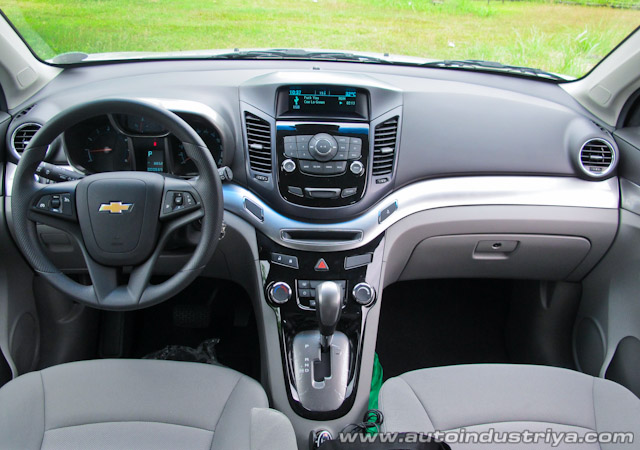 With most MPVs, the interiors are rather boring. Not the Orlando. It's quite busy in here; kudos to GM's design guys for using many of the interior styling cues and details they used in the Cruze. The feel and look of the dashboard gives the impression that you're in a much more expensive vehicle, and that can only be good.

Looking at the controls, there are plenty of features not normally found in other MPVs. Things like headlamp levelers, cruise control and a manual mode for the automatic transmission are just some of the things unique to the Orlando. I like the feel and ergonomics of the steering wheel, as well as the other controls. It does have a rather neat party trick: the audio panel flips up to reveal a novel compartment as well as the USB and auxiliary ports for music players.

The Orlando does seat 7 people, and does it rather well. Legroom is decent for all 3 rows, though the rear is really best left for people not much taller than 5'6”. The seats are wrapped in gray fabric, but that's not an issue with me as leather does tend to heat up in our weather. For more space, the 3rd row folds flat, and so does the 2nd row. 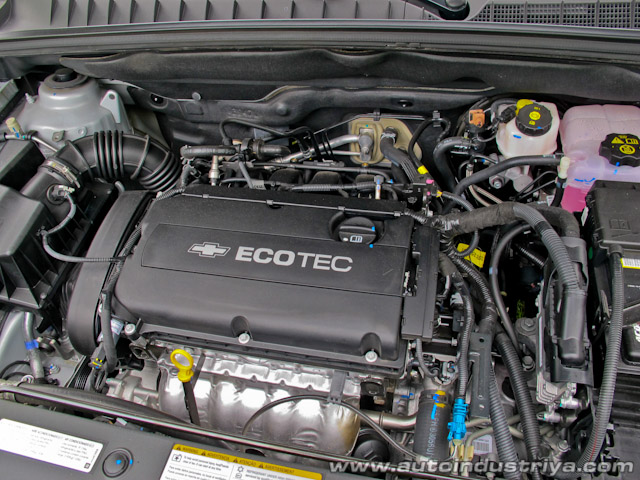 Like I said earlier, it shares a lot with the Cruze and it's not just in the design of the cabin. The engine is the same: a 1.8 liter, twin cam inline-4 engine that produces 141 PS at 6200 rpm and 176 Newton meters of torque at 3800 rpm. Also, like the Cruze, it's matched with a 6-speed automatic transmission with manual mode. On paper, it sounds good, and does deliver decent fuel economy at around 7.6 km/l in the city (moderate traffic, 1 passenger) and 11.1 km/l on the highway. Being an MPV, however, I do wish they would bring in a version with the same 2.0L VCDI diesel engine that the Cruze also has... as it would just make more sense in the Orlando.

But, like with any car, there are some faults. The drive needs a little work, especially in terms of noise and vibration. Wind noise is noticeable at speed around the mirrors and the A-pillars. The suspension, like the Traverse we tried earlier, is a little stiff and has a tendency to make some noise towards the back. The real issue I found is with the transmission's lower gears, as it tends to give noticeable shift shock between 1st and 2nd, as well as 2nd to 3rd. These issues are odd, especially since it should have already been sorted out since the Cruze was launched. 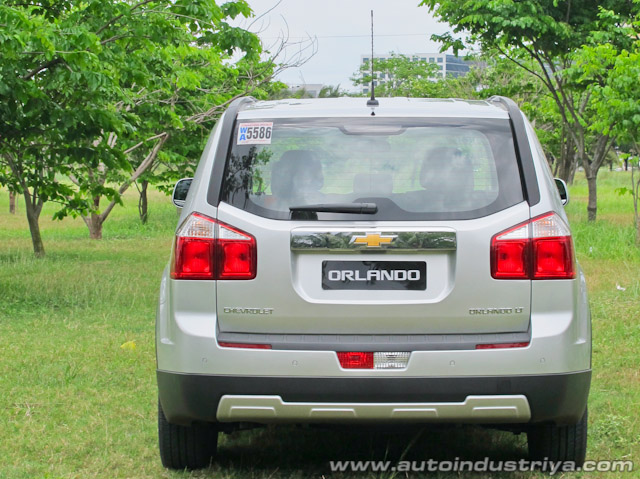 Faults notwithstanding, the Orlando excels in safety. It recently aced EuroNCAP's battery (no pun intended) of tests, garnering a score of 5 stars, and it's easy to see why. You get ABS, EBD, four wheel disc brakes and a first in its class: stability control.

In terms of handling, you'll have fun with this MPV. Being based on the Cruze, it handles like a slightly larger sedan. Road holding at speed is also good for an MPV. The turning radius is good too, able to maneuver well within tight streets.

The Orlando has it's own faults, but it's a very well packaged MPV. Style is relative, of course, but nevertheless, I found it to be capable, efficient, loaded with plenty of features, safe and practical.

More to the point, I like cars that offer something more than the usual. It won't sell in great numbers, but in a sea of multi-purpose vehicles trying to be the next Innova, it's nice to drive an MPV made by a company with a fresh take, a different perspective, as to what an MPV can -and should- deliver.

For some time, the Toyota Fortuner had been the gold standard in the 7-seater SUV category. It had a reasonable size, fit seven people easily and blended modern and rugged design cues seamlessly.

I feel a little odd in calling the style of the 1-Series as 'improved', but there's no denying that it did get bigger overall. The new F20 1-Series is longer at 4324mm and wider at 1765mm, though just as tall at 1421mm when compared to the original E87 1-Series.