When Honda Cars Philippines introduced the American-made Odyssey back in 2012, we didn't think such a massive “minivan” can capture the hearts and minds of the market so convincingly.

Well, after 3 years in the market, it's clear that the Odyssey had surpassed expectations and became a staple sight amongst gated communities all over the metro. And why not? It's blend of comfort, luxury, size, features and overall family-friendliness made it perfect for small, medium and large households.

Now Honda has launched this: the all-new 2015 Honda Odyssey. The name is the same, but it isn't quite as direct a successor as many would think. 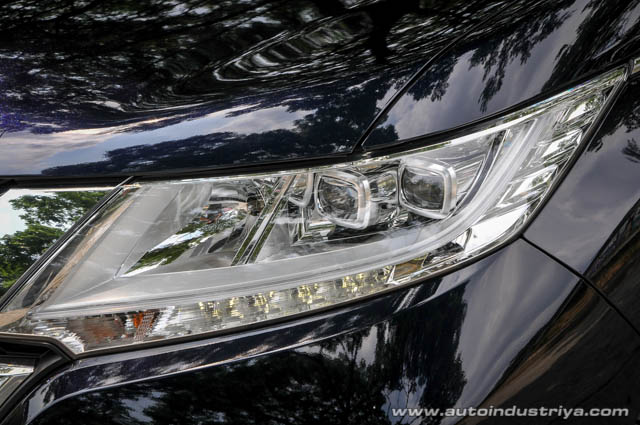 As a result, the styling of the new Philippine-spec Odyssey is very different from the previous model. It still has the wagon/minivan shape, but the design idiom used centers around being more prominent and luxurious rather than round and neutral. This is helped by details like dual LED projector headlamps, daylight running LEDs and 17-inch wheels. It's far sleeker than the U.S. model and, in my book, it looks quite prestigious. Customers can even opt to equip the Odyssey with body kits from either Modulo (Honda Accessories) or Mugen (M-Tec). 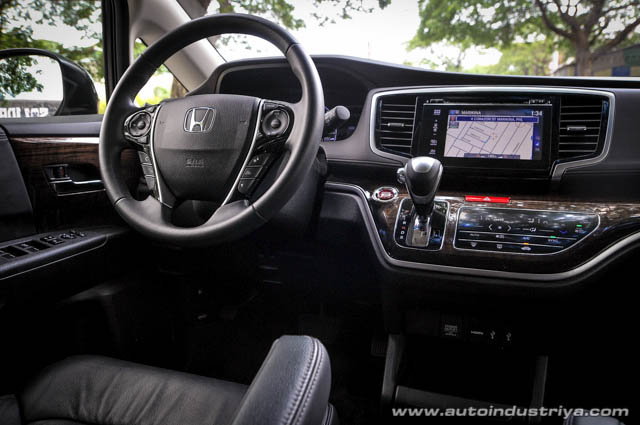 The dashboard and interior is completely different and comes with a long list of luxury and tech features such as a 7-seat touchscreen up front and a 9-inch screen that drops down from the ceiling. There are HDMI ports (for LCD mirroring with your smartphone/tablet) in the front and in the back. Standard features include push-button ignition, a smart key, a triple-zone automatic climate control system, among others. 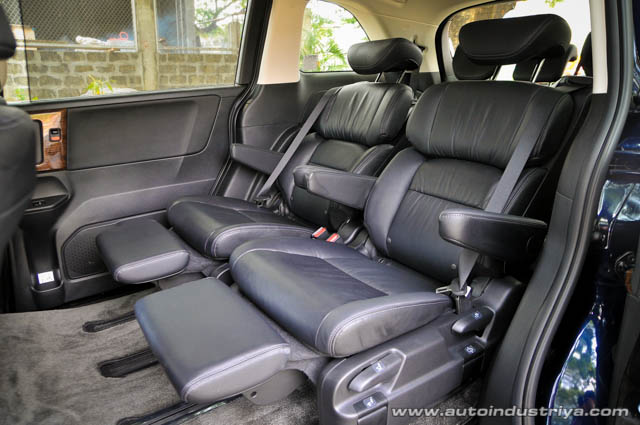 Inside, the new Odyssey is a 7-seater (2-2-3) as opposed to the 8-seater (2-3-3) U.S. version. The difference is clear when those motorized sliding doors open up, revealing a pair of captain's seats. These seats are definitely the best ones in the house thanks to a pair of ottomans for comfort much like that on the Toyota Alphard, though the legroom in the rear can get compromised should you opt to do so. The third row, if unoccupied, can be tucked down to the space in the back to be fully level with the floor. All seats are wrapped in black leather with soft padding for a more comfortable drive and ride. 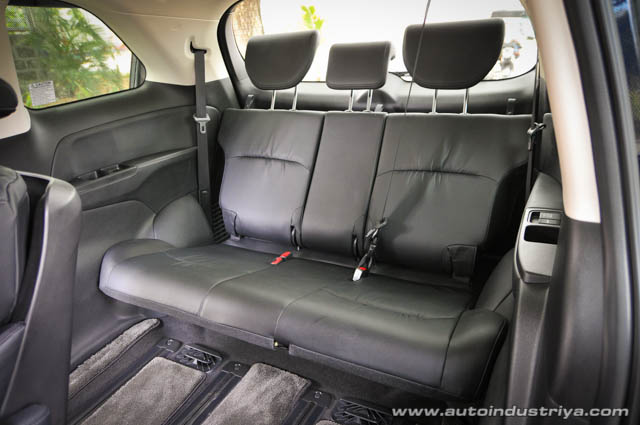 For safety, the 2015 Odyssey gets active cornering lights, a multitude of cameras for easy parking, Vehicle Stability Assist with Motion Sensitive electric power steering, 6 SRS airbags (2x front, 2x side, 2x curtain), Hill Start Assist and many others, including a cross traffic monitor when backing out of a parking spot. There's also an automatic parking assist that can get into a standard parking spot (perpendicular) and a parallel parking space, though we didn't really put it to the test.

Powering the new generation 2015 Odyssey is an Earth Dreams-derived 2.4-liter SOHC 16-valve Inline-4 i-VTEC motor. The engine is unusually small given that the U.S. version Odyssey has a 3.5L i-VTEC V6, but given that this Odyssey is lighter, the maximum output of 175 PS at 6200 rpm and 226 Nm of torque at 4000 rpm should be enough. Also standard is the automatic idle stop technology and a continuously variable transmission (CVT). 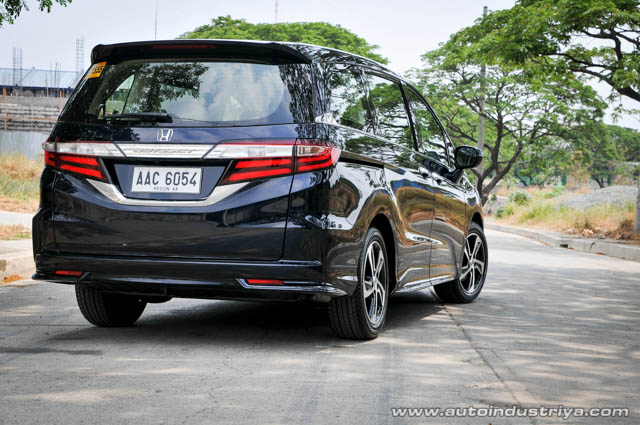 Driving around town, the difference between the 2015 and 2012-2014 models are very clear. The new Odyssey rides and drives more confidently, given the suspension settings. The handling is good, but the ride is clearly not as plush as the previous model (as American cars usually are). Nevertheless, the comfortable seats more than make up for it if you're seated at the back.

In all honesty the 2015 Odyssey really cannot be fully compared to it's outgoing American counterpart of the same name as both are very different vehicles made to suit very different needs and very different customers. The U.S. version is made for families and soccer practices while this one seems to be targeted more for successful executives and dinners in the most affluent parts of town.

The best difference is in pricing: the 2015 Honda Odyssey now being offered by Honda Cars Philippines is tagged at PhP 2,348,000, or about than half a million more affordable than the previous one.

Can the Escape prove its mettle in the compact SUV category? We think so, and then some.