If I were to describe the Hyundai Elantra, I would sum it up in three ways: Competent, stylish, if a little on the expensive side. We were impressed with the 1.6 GL with the automatic transmission and more so with the 2.0 GLS. As far as those two variants go, the Elantra ticks the right boxes in the C-Segment.

The question now is this: Does the magic rub off the entry-level manual-equipped model? 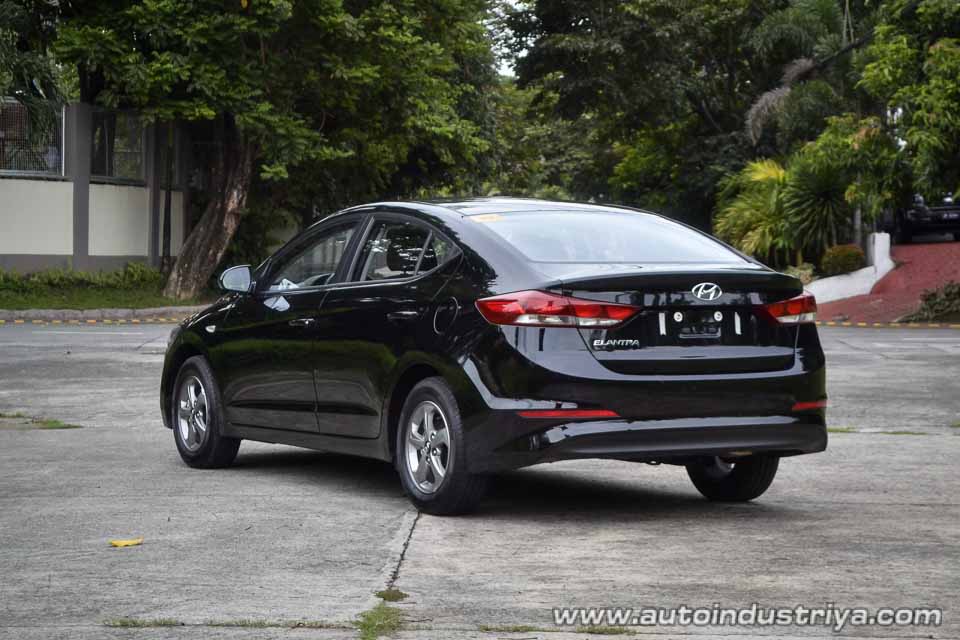 I've said it before and I'll say it again: the Elantra's exterior design is a winner. One look and you know it's Korean but, at the same time, there are hits of European influences. After all, Hyundai did poach several key designers from Audi. The fascia gives a hint of subtle aggression thanks to its slim, upswept headlights while that wide hexagonal grill and corner air intakes give it an even bolder design. With that distinctive roof line, it's a sleek-looking sedan thanks to that aerodynamics-oriented design.

The rear deserves praise too. The high deck, complemented by the smooth, flowing roof, almost makes it coupe-like. It's a bold statement but I reckon this new design language will age better than its predecessor. When I last tested an Elantra, the color didn't justify the styling efforts of the designers. In this shade of Phantom Black, it looks downright menacing. It's shame that it lacks fog lights and is downgraded to smaller wheels. Then again, it is the base model. 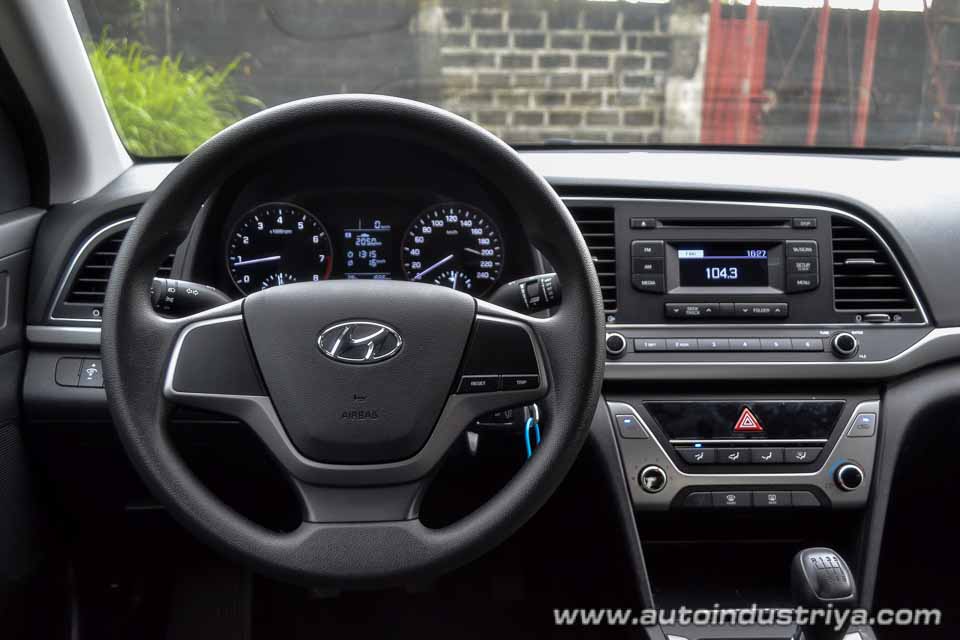 Inside, the entry-level Elantra makes a good first impression. You won't feel short-changed when you sit inside either since you get the same high-grade materials found in the 1.6 GL automatic and 2.0 GLS. While the interior design itself isn't as daring as the exterior, it's simple and uncluttered. The 'T-Design' dash is an exercise in ergonomics with clearly marked buttons and dials for easy use. Needless to say, first time drivers won't suffer from information overload when they step in.

As for space, there is a generous amount of leg and shoulder room but the swooping roofline does cut a bit into headroom. Not a problem if you're my height (5'4”) but those nearing the six-foot mark might have to duck a little bit. It does make up for it by offering a host of cubby holes all over the cabin, from deep door pockets to a large center console storage box. Plus, the trunk is pretty large considering the sweeping profile.

On closer inspection however, you'll see several blank buttons and missing equipment, just to remind you you're in a base model. For starters, there's no audio controls on the steering wheels. While I can forgive that, I can't glance over the fact that there is no Bluetooth or auxiliary inputs. In this day and age, plus the fact that it competes in the C-Segment, the lack of these entertainment options is nearly a mortal sin. 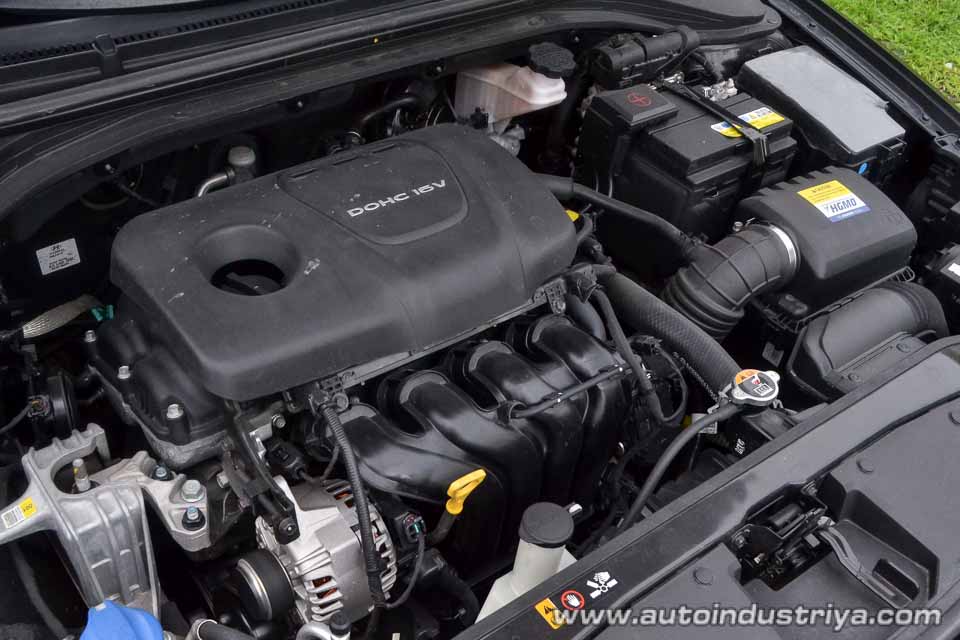 It may have scrimped on equipment but the powertrain isn't likely to leave you short-changed. Like the automatic version, the manual-equipped Elantra is powered by the same 1.6-liter engine found in its higher-grade counterpart. Dubbed the Gamma engine, it produces 130 PS and 154 Nm of torque, a relatively healthy figure from a non-turbo, 1.6-liter mill. With six gears to play with, it should help boost fuel economy too.

Last time out, I gave the automatic Elantra high praises for its ride comfort. With smaller rims and higher profile tires, it was even more comfortable. The underchassis shrugs off road imperfections and, I reckon, it's one of the better riding cars in its segment. If anything, Hyundai has been doing a good job with suspension tuning, erring to the side of comfort. Plus, the wind-cheating design means there isn't a lot of wind noise coming in to the cabin.

I also have to add that the sound insulation wasn't skimped out and, considering this is a base model, I have to applaud Hyundai for that. Coupled with the supportive seats, you wouldn't mind sitting in traffic jams in the Elantra. When it comes to comfort and sound isolation, I've had the same observations in the Tucson and the Sonata. Hyundai really knows how to build a comfortable city and highway runabout. 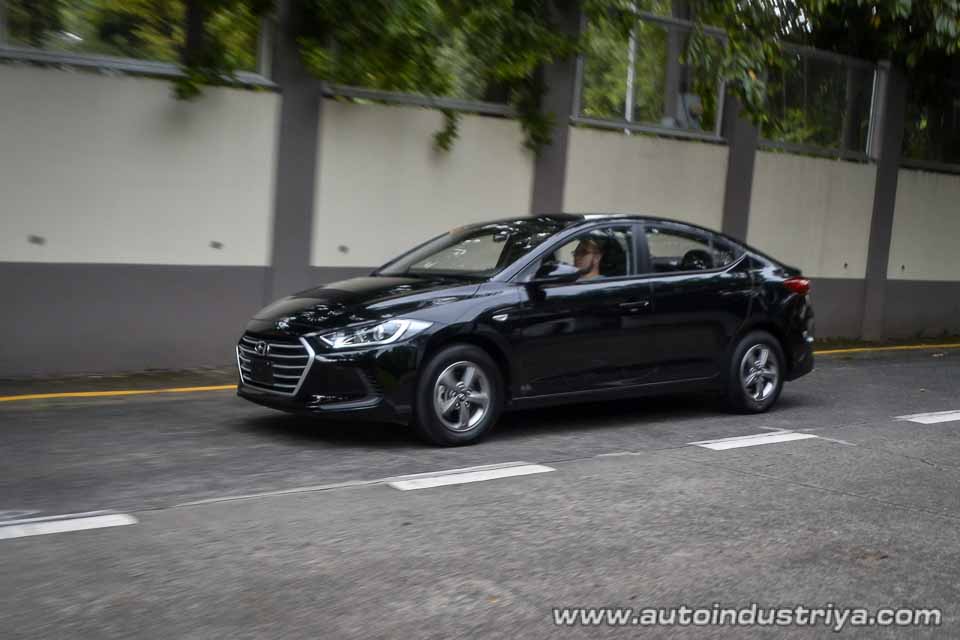 Speaking of traffic jams, the clutch in the Elantra won't tire you out. It has a soft, light action with a relatively low engagement point. The same goes for the shifter too. It's relatively precise with a pretty short throw and, the best part is, it doesn't feel rubbery at all. For those trying out a manual for the first time, or to those who have been accustomed to driving automatics, you won't feel daunted driving this car. The light steering also makes this an easy and effortless car to drive.

Out on the open road, the entry-level Elantra proves to be a competent cruiser. With 130 horsepower on board, there is an ample amount of power although you have to go past the 2,500 rpm mark for the engine to wake up. In town, it's alright but on the highway, you may need to downshift a gear when overtaking. Thankfully, the shifter is a delight to use. Thanks to the six-speed manual, fuel economy is good too. In heavy traffic (16 km/h average), it still managed 9.1 kilometers per liter and that extra gear helped the Elantra reach 17.3 kilometers per liter at an average speed of 88 km/h.

With a soft ride, light controls and a rather overboosted electronic power steering system, the Elantra won't stir the soul of the enthusiast. That said, it won't let you down either. Dynamics can be best described as safe and secure, if unexciting. Still, if you value comfort more than razor sharp handling, then by all means the Elantra is a car you should shortlist, be it in manual or automatic guise. As for other points of improvement, more safety equipment would be great as this model only has one airbag. Stability control, and perhaps more airbags, should sweeten the deal. 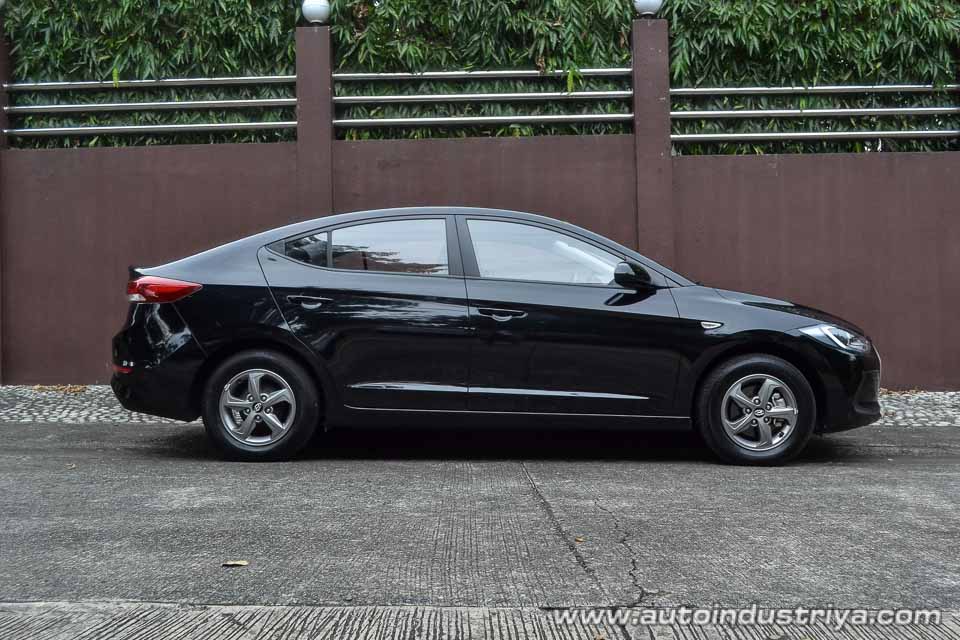 The reason why I keep bringing up the relative lack of equipment is because of its price. At Php 908,000, some of the Elantra's similarly priced contemporaries have more standard features when it comes to infotainment or safety kit. Like its better-equipped variants, it's priced on the rather high side when you consider the equipment levels.

But still, I won't discredit the Elantra's talents. The well-tuned suspension makes you feel like you're riding, or driving, something a bit more expensive. Plus, the easy and effortless to drive nature of the car turns commutes into less of a tedious task. Much like the 1.6 GL automatic and the 2.0 GLS, this entry-level model is a comfortable, competent sedan that won't let you down. It's the intagibles that makes the Elantra a car worth recommending and you can't put a price on that.

Looking for a sedan that comes with great value, styling and handling? Check out the 2018 Honda City VX+

Sixteen years under its belt and still kicking, we drive the top-of-the line Isuzu Crosswind Sportivo one last time