There are vans, and then there are jumbo vans.

For the past couple of years, some manufacturers have been rolling out these long, high roof vans out in the market. You have Volkswagen's Crafter, Mercedes-Benz's Sprinter, and Hyundai's H350 to name a few. These vans hover near the three million peso mark but what if you want, or even need a van that offers that much space somewhere near the two million peso mark. 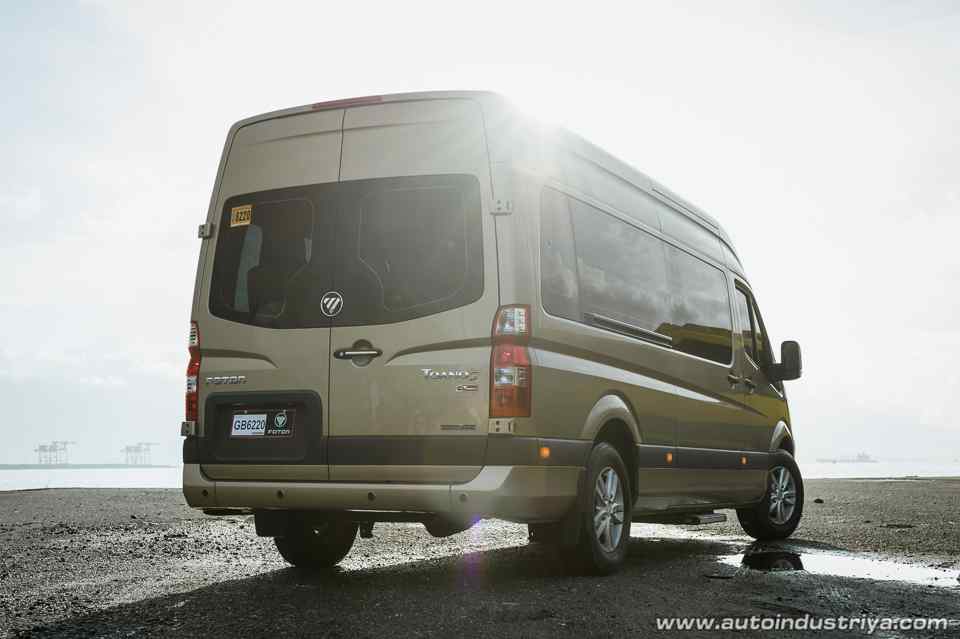 Enter the Foton Toano, perhaps the biggest can you can get for as little as possible. The question now is this: is there more to the lucrative price tag or do you get what you pay for?

Before we discuss the price, let's take a look at the van. Granted, you can't really 'style' a van since it's all about utility. That said, there is some effort when it comes to its exterior. There a wide, brash grill that dominates the front end, along with upright, upswept headlights to go along with it. But really, it's the sheer size of the thing that gives it presence.

It's over three meters tall so don't expect to drive through multi-level car parks. Also, it's nearly six meters long so a lot of care and attention is required to move this van around the city. As one would expect, the windows are massive although only one side opens for the sliding door. Speaking of which, its opening is wide and a step slides out from underneath the van for easier entry and exit. 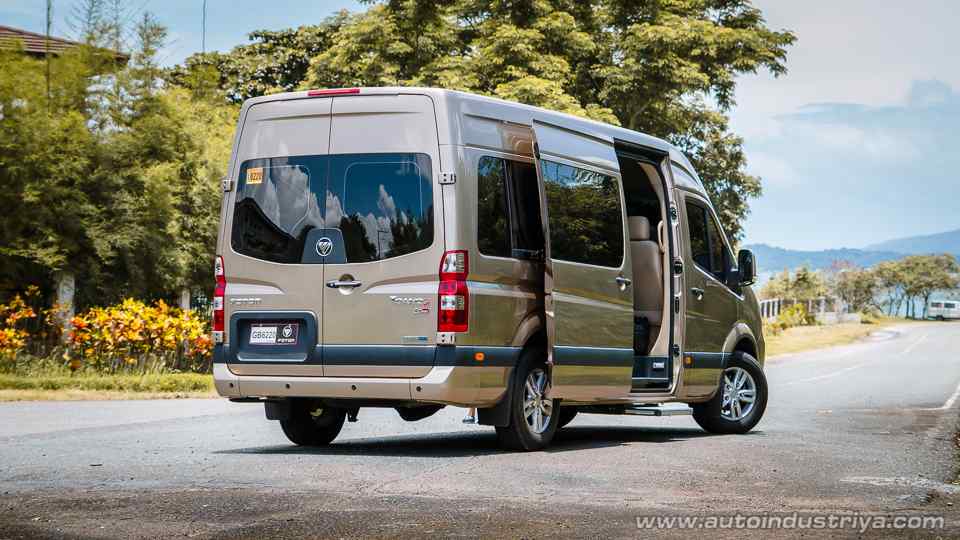 There's not a lot to say about the exterior but the main highlight here is the cabin. A total of five rows of seating are available with a total capacity of 15 occupants. It's also good to know that all passengers get three-point seatbelts, allowing no compromises for safety. With its size, you'd expect it to be spacious inside and you'd be correct. Children and short adults can stand inside without having to duck or put their heads down while moving from row to row. Second to fourth row passengers benefit from reclining seats, which should make long trips a little more comfortable.

Caveats? There are a few. While there are no doubts about the headroom, legroom isn't what you'd call generous once seated. Yes, it should be more than enough for most but some might expect a little more given the exterior dimensions. Also, the front row passenger bench doesn't recline, which can prove tiresome for others. Lastly, a van of this size should definitely have much more than just two cupholders. 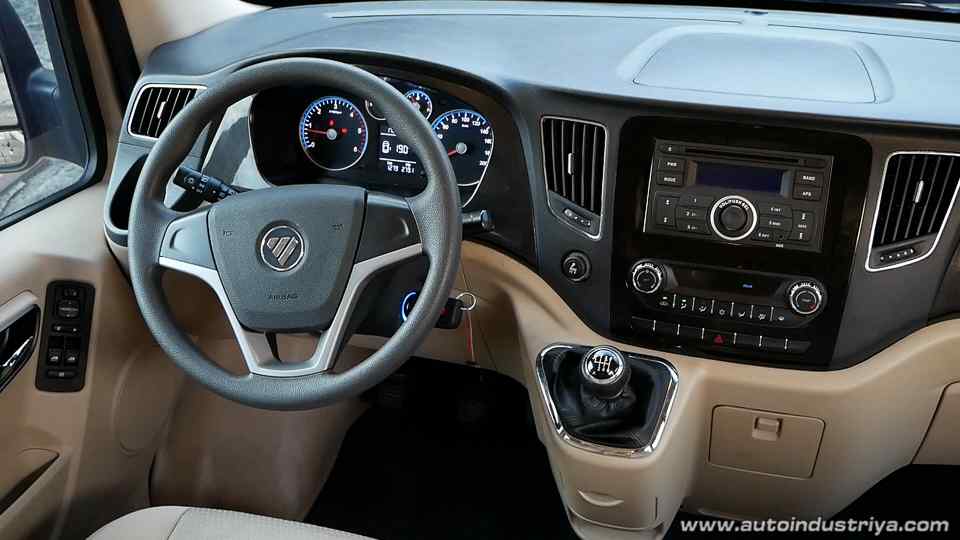 So how are things from the driver's point of view. I can say that the dash is car-like with knobs, switches and dials where you'd expect them to be. Other than that, it's as truck-like as it gets. The steering wheel is tilted at an upward angle and the view ahead and at the side is vast thanks to the large windows. Looking at those towing mirrors further reinforces that statement. It's nice that they did put the gear shifter near the driver so you don't have to stretch your arm out for that gear shift. Yes, it's a manual. 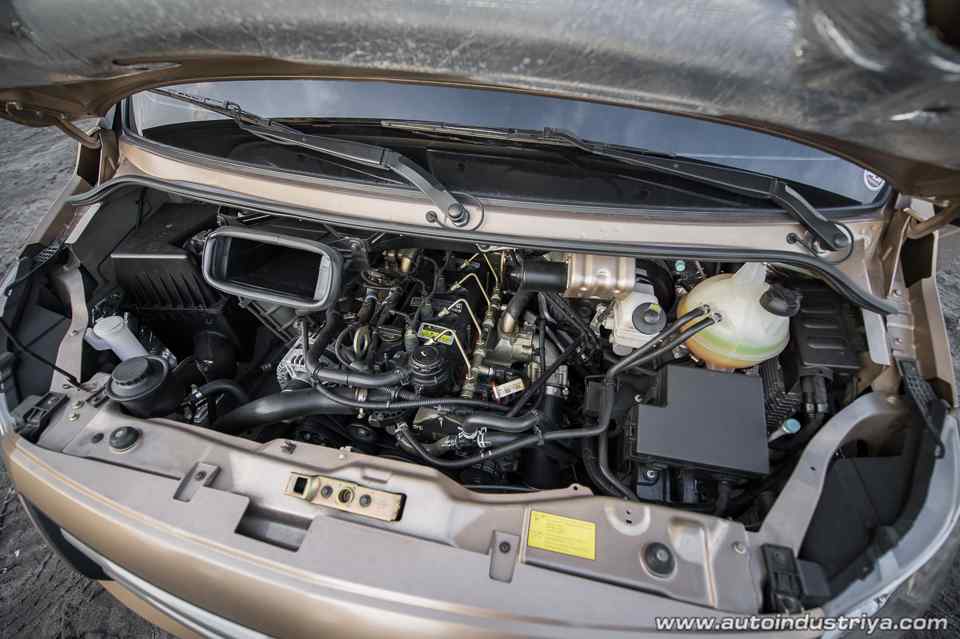 Motivating three tons worth of van is a 2.8-liter turbodiesel mill courtesy of Cummins. Power is rated at 160 PS while it doles out 360 Nm of torque. It shifts via a six-speed manual, which is a plus when you have to do a lot of highway kilometers.

Let's not beat around the bush here: It isn't car-like to drive in any way, shape or form. On the flipside, it's a surprisingly easy minibus to hustle around, thanks in part to good visibility. Making maneuvers easier are those large side mirrors which also shows how close your rear wheels are to the curb. That makes parking and taking on u-turn slots much easier. Aiding maneuverability are a set of reverse sensors although a reverse camera would make it easier backing up into spaces.

Steering effort on the other hand is just right although the clutch could have more feel. Still, it's not difficult getting to grips with its manual transmission. Even someone who hasn't driven stick in a long time won't have a hard time, for as long as the size doesn't scare them off that is. 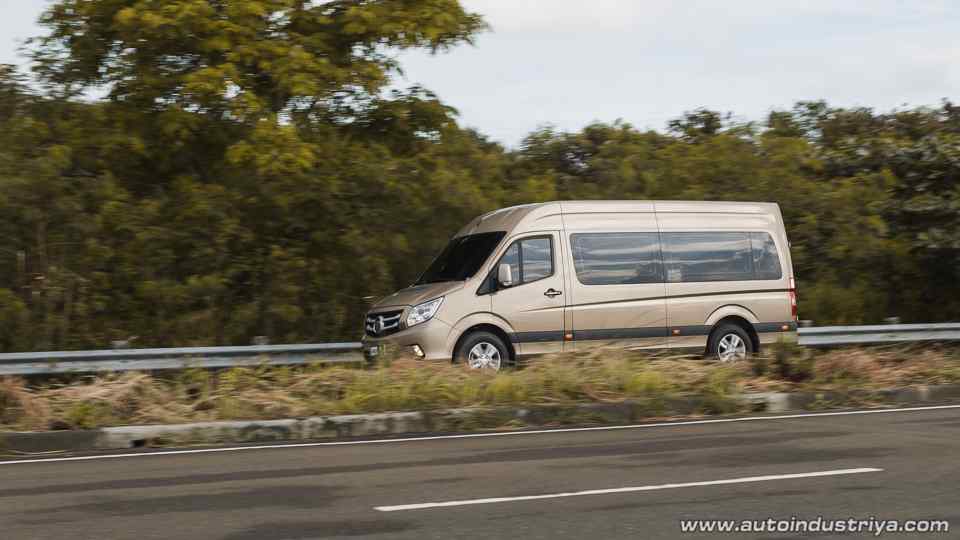 Out on the highway, this tall van is little more susceptible to strong winds. Mind you, the winds won't change its course but it is enough for you to bring it back in line every once in a while. It's typical of vans in this category, so there's no need to worry about it. Performance on the other hand is adequate. Power builds up at around 1,700 rpm and, from there, it can move along effortlessly. It can still go up hills even when fully laden for as long as you shift down but it's still impressive given the lofty power ratings.

During our drive, the best we got out of the Toano was 9.4 kilometers per liter on the highway. While it doesn't sound impressive, you have to consider that it weighs over 2.5 tons, and that we ran it with nearly a full load of people, camera equipment and luggage. Also mind the fact that it isn't exactly the most aerodynamic shape out there, so 9.4 kilometers per liter (at an average of 94 km/h) isn't that bad at all. In the city, that figure drops to about 7 kilometers per liter which is still decent for a commercial vehicle. 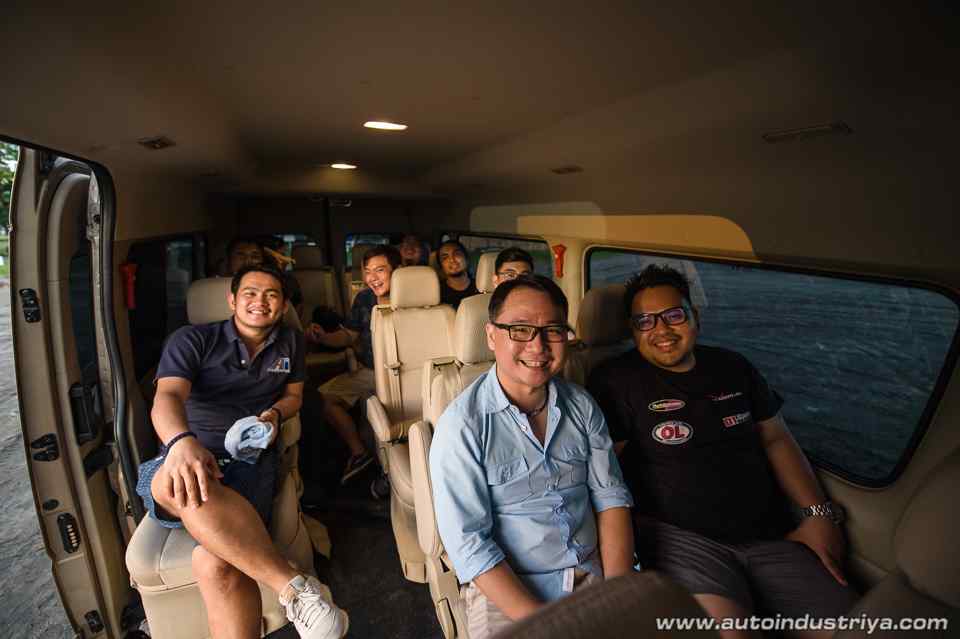 As for ride, the best seats in the house are the second to fourth row areas. On those rows, the ride feels composed and comfortable. The front seats aren't bad either although, again, we wish the passenger side bench can recline. In the fifth row, the ride can get bouncy (because you're sitting aft of the rear axle) but not at all awful. Cabin noise is suppressed well enough although front passengers will hear a lot more of that Cummins turbodiesel. 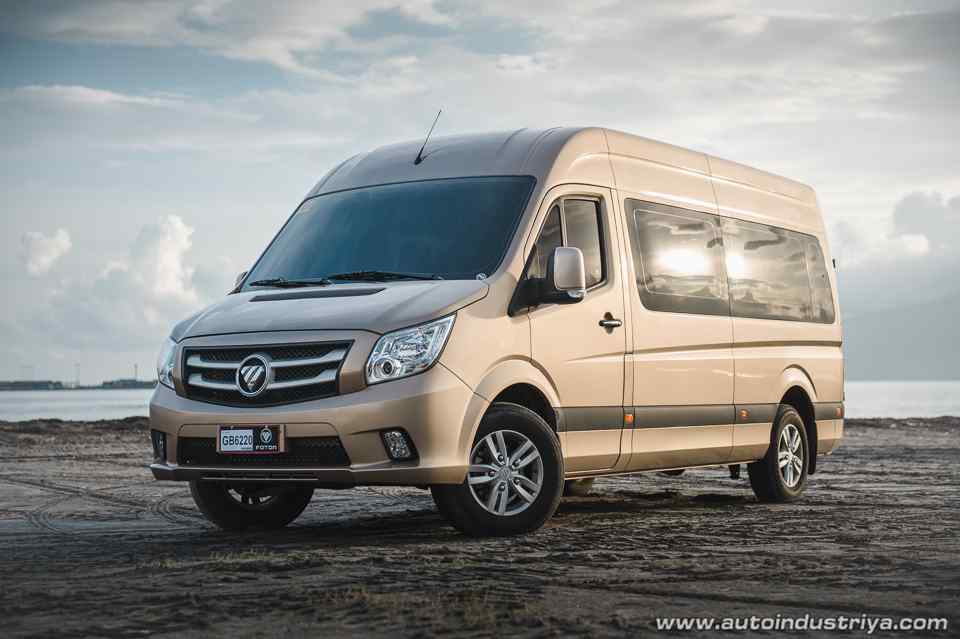 At Php 1,978,000, the Toano undercuts a lot of other jumbo vans in the market today by a big margin. It's similarly priced to other high roof vans but those are a size class smaller. If packing in 15 people in relative comfort is what you need, the Toano may just be the van you need, and with plenty of change left over for some customization work. If you add a few creature comforts like big screen TVs, better seat covers, cupholders and the like, you could polish up the Toano to your liking and make Foton's largest van a shining star.

We help you spot the difference between the 2018 and 2019 Mini Cooper 5-door, and tell you if it's worth the upgrade