Even before I finished my test drive of the Foton Toplander (particularly this two-wheel drive automatic version), I can already imagine the negativity in the comments section.

Let's just say there's a stigma attached to Chinese-badged cars and, in some ways, it's substantiated by some of the offerings of the mid-2000's. Despite all that, Foton hung around the market and here we are today. The Chinese automaker has been here for a while and has gained a reasonable amount of sales since they first started. So has Foton shed off the 'China Car' stigma with the Toplander? 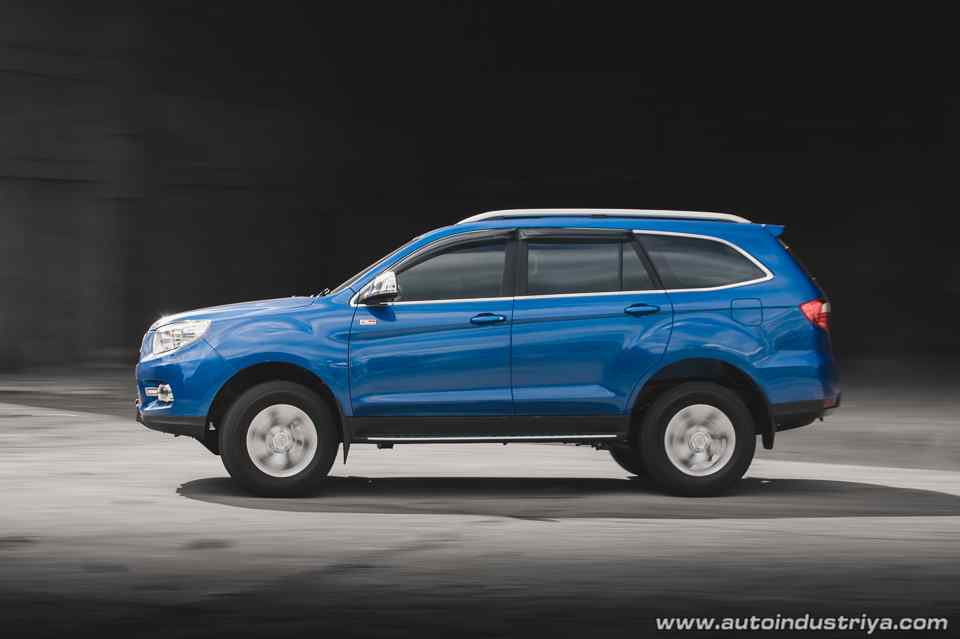 On face value alone, it's a yes, sort of. It's not the most handsome of the PPV offerings in the country, but it's not a bad looking SUV. The front end of the Toplander looks purposeful with its large headlights, high-set hood line and chunky fender flares. There's no bizzare design detailing on the side or at the rear either. It's a clean, smooth-looking design that looks pretty harmonious. If you de-badge it, you might even mistake it for one of the offerings from the major players in the segment.

I did note some paint imprefections around the door handles but the folks from the Clark factory did a good job with the panel alignment. The gaps were consistent with no ill-fitting parts. Also, I would rather go for a different grill design. I find the one on this tester a little to chrome-laden for my tastes. 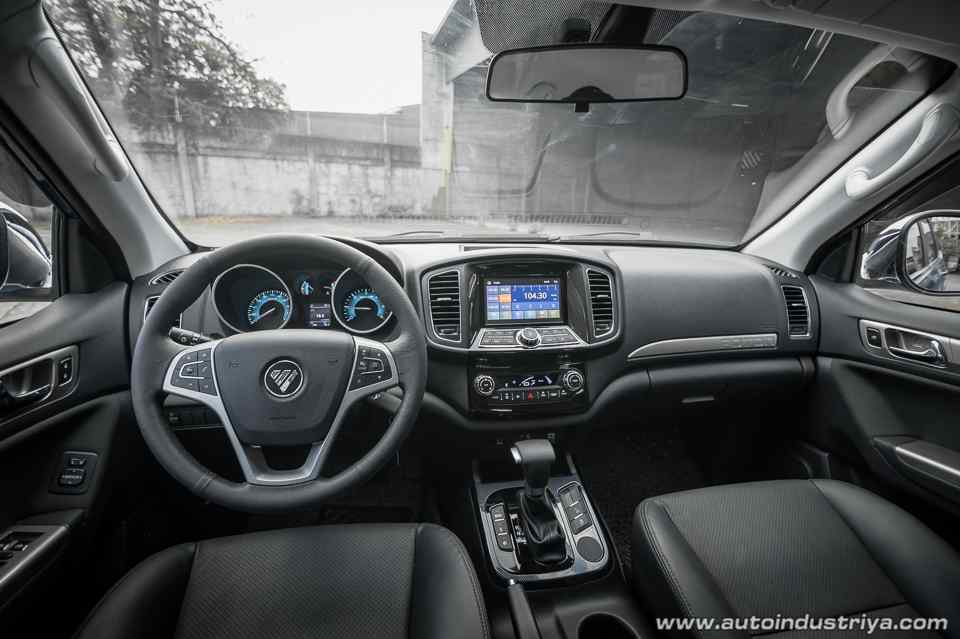 As for the cabin, it feels well screwed together. Again, the panel gaps were consistent and there weren't any squeaks or rattles to report. As for the design itself, it's an exercise of function over form. Stylish, it ain't, but the knobs, dials and buttons are exactly where you expect them. All in all, it's an ergonomically sound look. It could use a bit more soft touch materials though and the vibe I'm getting from the cabin is sort of like an early 2000's PPV. Not much in the way of premium-feeling materials, but it's hard wearing and could last a long time.

It's pretty well equipped too. There's a touchscreen display standard and it boasts mirror-linking for smart phones. All windows go down with a one-touch operation, impressive given it's usually seen on more luxurious vehicles. Space is expansive, especially when it comes to width. However, third row cabin space on the Toplander is best left to children or small adults. As for third row setting and stowing, it's similar to the Mitsubishi Montero Sport which requires you to flip the seat bases forward to fold the backrests flat. I do wish you didn't have to take out the headrests to form a truly flat loading bay. 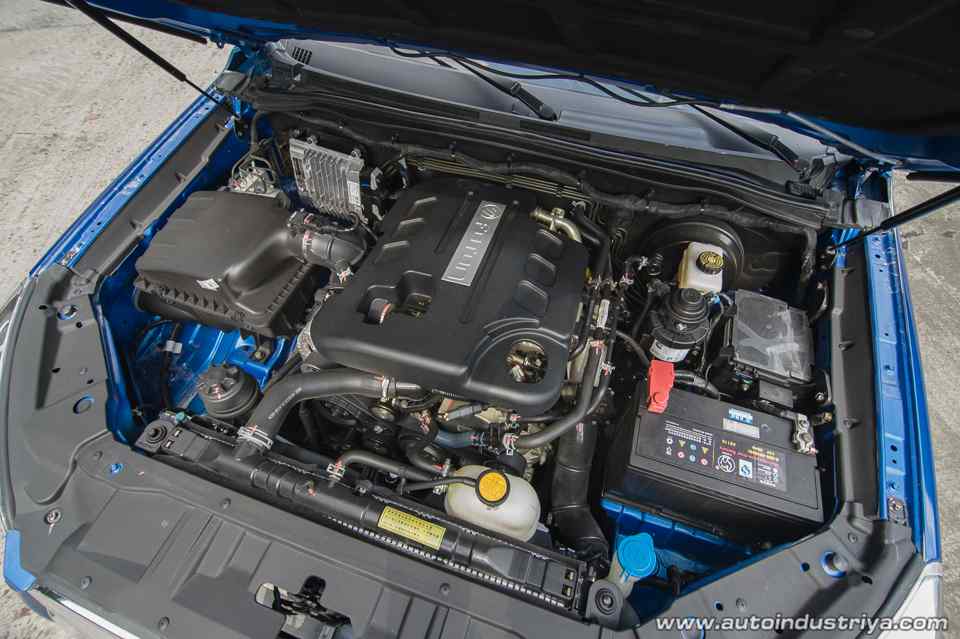 Pop the hood and you're greeted by a 2.8-liter turbodiesel engine courtesy of Cummins. That name has been synonymous with quarter-ton full-sized pickups in North America, powering heavy-duty models of the Dodge Ram. The engine powering the Toplander is the smallest mill from Cummins and it produces 163 PS and 360 Nm of torque, a little conservative on paper. It then shifts via a six-speed automatic transmission from Daimler. This is the first time Foton is putting an automatic transmission in the Toplander.

Out on the road, the Toplander rides well enough on relatively broken pavement. Granted, its truck roots are felt from time to time but overall, it doesn't feel too harsh to a point you might get a sore back. Seats are offer enough padding but could use more under thigh support. Comfort then slots in somwhere between the first batches of PPVs that arrived in the country (First-gen Fortuner, Alterra, etc) and the current crop. It's not a bad place to sit in. An extra layer of soundproofing would up the comfort factor a little more.

What I did find odd was the pedal placement. It's a little too close to the driver's feet which forces you to sit further. However, the steering wheel is a little too far away if you have short arms. The Toplander would have benefitted from a telescopically adjustable steering column to find the sweet, comfortable spot.

As for handling, it's safe, secure and predictable, which is what you want from something weighing in at about two tons. Steering is precise for what's essentially a truck and gives a fair amount of feedback to let you know where the front wheels are pointed. A word about the brakes however; pedal travel is long and the feel is mushy. At least they're strong. 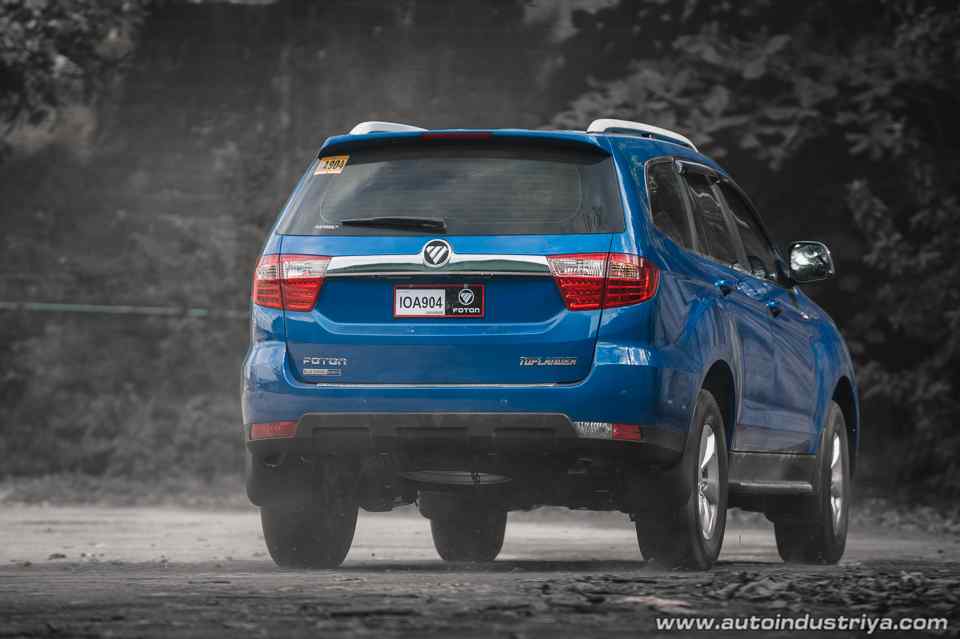 The Toplander was pretty impressive when it came to the engine. Yes, the Cummins' output doesn't catapult it to the top of the class but it's more than adequate. It can perform when asked and the six-speed automatic was relatively quick to react when set to sport mode. Economy is decent with an average of 7.9 kilometers per liter at an average speed of just 14 km/h. Highway figures are much better at 15.1 kilometers per liter at 88 km/h.

At Php 1,488,000, this particuar Toplander EX A/T serves as the range-topping 4x2 variant. It undercuts many of its similarly equipped rivals and offers about the same amount of equipment. A big bonus in my opinion is the inclusion of stability control as standard, as well as hill-desent control (in a 4x2, surprisingly), and even automatic headlights. It's pretty comprehensively equipped, I say.

So does the Foton Toplander shed the 'China Car' stigma? In some ways, it does. It felt solid and robust to tackle dusty trails and offered a lot for spec and features the money. No, it won't scare the establishment just yet, there are still some touches that knock down some good points. These include the paint blemish on the doors, braking performance, refinement and cabin materials used. The Toplander needs a couple more tweaks to impress the skeptics but all in all, it's a solid vehicle.

There are a lot of expectations about the Nissan Urvan Premium. Can it deliver?

Need all the bells and whistles in a fast, high-tech seven seater? Check out the Ford Explorer in top-of-the-range Sport trim