Don't worry if you have trouble remembering; I myself have forgotten as well. Despite the prevalence of crossovers, SUVs and pickup trucks, most of these vehicles are left in two-wheel drive mode and rarely go off the beaten path. What's the point of having these types of features if they are not going to be used to the fullest? This is where 4x2s come in.

Relatively more affordable than their 4WD or AWD counterparts, 4x2 vehicles are seen as more practical to own despite having less features. Most car buyers nowadays go for these types of vehicles since they offer the comfort and versatility of a high-riding automobile without the added weight, complexity, and cost of an AWD or 4WD system.

Now it looks like Jeep Philippines has joined in on that trend with the release of a new variant for the Renegade. What was once available solely as an AWD crossover is now available in two-wheel drive: the Renegade 1.4T Limited 4x2. Will it be able to impress and keep the Jeep heritage alive and well without an AWD system? 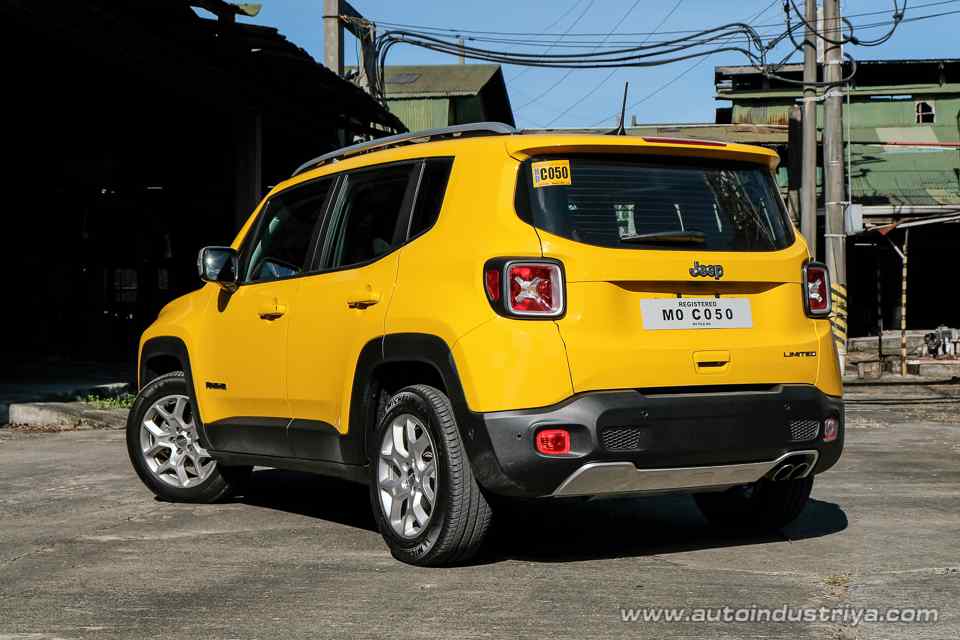 Let’s kick things off by admiring the distinct mug of the Renegade. Like its bigger brother, the Wrangler, the Renegade’s front fascia design is heavily inspired by the WW2 era Willy’s. The round headlights and the signature seven-slot grill are unmistakably Jeep which makes the rather cutesy Renegade look a bit more macho. Then there’s the unique shape which let's face it, pays homage to both old and new designs.

While it is not as angular and butch-looking as the Wrangler, I do have to commend the designers for actually incorporating key design elements from other Jeeps onto the Renegade's aesthetics. Did I mention the Renegade also comes with square-shaped taillights and wheel arches? All in all, the Renegade's mix of combining rugged styling elements with a retro-cute aesthetics makes for a neat little runaround.

From the outside, the Renegade looks and feels small. Once you step inside however, the Renegade is anything but. It feels surprisingly large and roomy inside which was great. There is generous legroom, elbowroom, and headroom for all passengers despite of its diminutive dimensions. The driver’s seat, on the other hand, is fully adjustable and offers a commanding view of the road. There’s also a tilt and telescopic steering rack which makes for finding the ideal driving position easier. 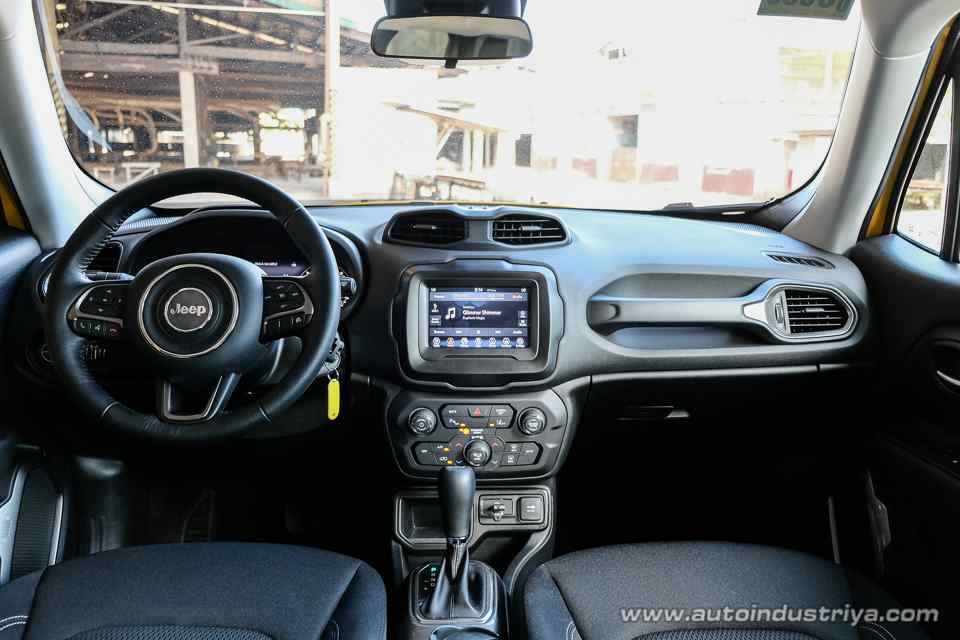 If the AWD Renegade has a more funky and vibrant interior interior, the 4x2 version gets a more conservative look. Gone are the bright colors and contrasting trim pieces as they have been replaced with plain-looking black / gray plastic. Sure it may have made the cabin a little bit boring, there's no denying the fact that the interior of the Renegade is a nice place to be in. Both the front and rear seats were comfortable while the dual-zone automatic climate control made short work of cooling the cabin at even the hottest of days.

Providing in-car entertainment is a 7-inch touchscreen infotainment system dubbed Uconnect. It supports the usual suite of features like AM/FM radio, USB, Aux and Bluetooth. But what's also neat about it is that it comes with Apple CarPlay and Android Auto as standard. With it, users can easily open mobile apps or play music from Spotify via the touchscreen, negating the need to look at their phones.

Powering this particular Renegade is a 1.4-liter turbocharged MultiAir four-cylinder engine. It’s the same engine that is found in the all-wheel drive version albeit detuned for front-wheel drive application. Despite not producing the full 168 PS and 250 Nm of torque, the engine still puts out a respectable 135 PS at 5500 rpm with 230 Nm of torque at 1750 rpm. Instead of having a nine-speed automatic transmission driving all four wheels, this particular 4x2 Renegade gets a six-speed dual-clutch automatic transmission. 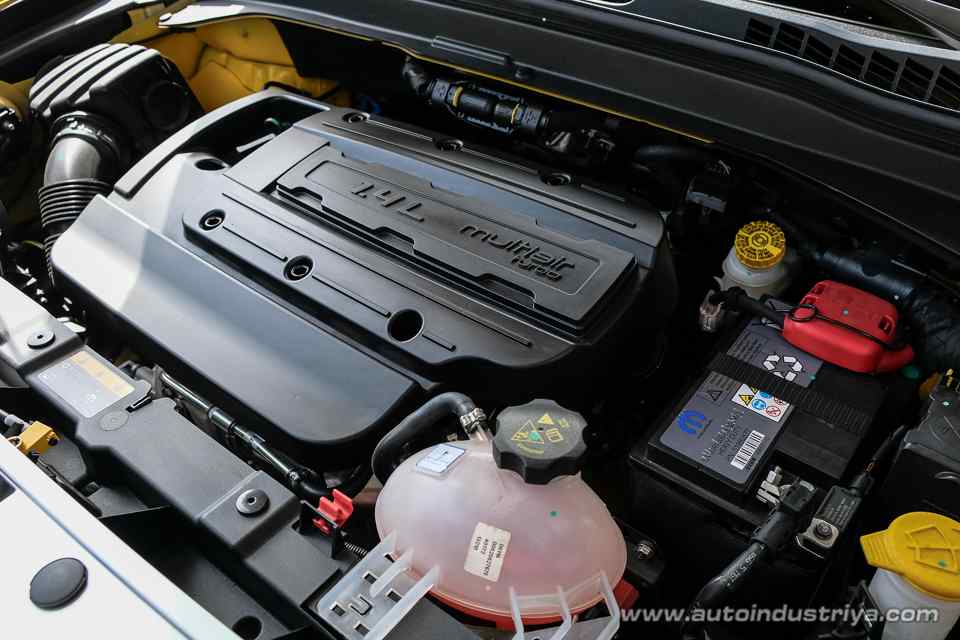 With slightly less horsepower and torque, is the 4x2 Renegade slower than its AWD counterpart? Yes and no. With 33 PS and 20 Nm less than the all-wheel drive model, there was a bit less pulling power coming from the 1.4L engine. Despite that, the 4x2 Renegade still felt light and eager as it does not come with a heavy all-wheel system. With torque readily available at below 2000 rpm, the mini crossover was still relatively quick on its feet.

Cruising around city streets, the Renegade was smooth to drive while the dual-clutch transmission kept the revs low. Turn the wheel in and the electronic-power assisted steering (EPS) delivered precise handling. More feedback from the wheel would have been nicer however, but other than that, it was well-behaved going around cities or towns.

Take it out on the highway and the 1.4L motor reveals its zippy nature. Granted it’s not as torquey as other turbocharged engines, there is substantial pulling power still from the tiny MultiAir. Overtaking slower cars on the open road can be done with ease, especially when you set the transmission to manual mode. 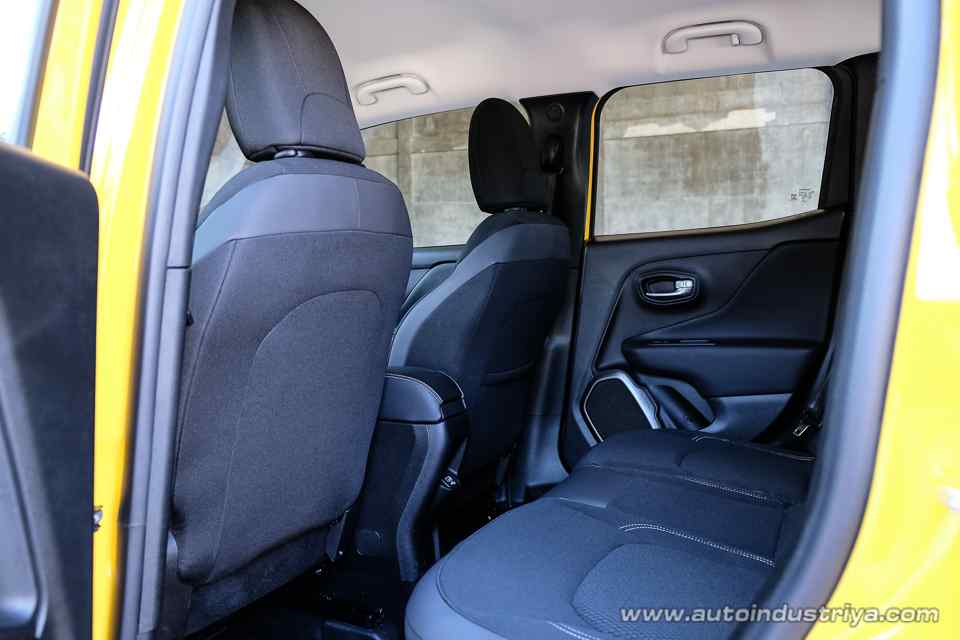 Over to its fuel economy, the Renegade returned acceptable figures. The 4x2 Limited was able to average around 8.0 km/l in light city driving. Out on the highway, it was able to return between 13.0 - 14.0 km/l. As good as they were, I felt that the Renegade's fuel consumption could have been better. But then again, its cube-like shaped is not exactly the most aerodynamic of designs.

What’s not to like in the Renegade? For starters, the dual-clutch felt clunky in stop-and-go traffic. While not as bad compare to Ford’s PowerShift dual-clutch, the herky-jerky transmission can be off-putting for those that are stuck in heavy traffic. And since it’s not a typical torque converter slushbox, one will have to pay extra mind when coming to a complete stop mid-climb as the Renegade can sometimes roll back after you let go of the brakes.

Then there's the ride quality. It's slightly on the firm side so going over bumps and other road imperfections is best done with a little less speed. On the flipside, the taut ride means it can handle corners and tight turns with ease. It's not exactly what you'd call a canyon carver, but the Renegade is quick and stable through the bends. 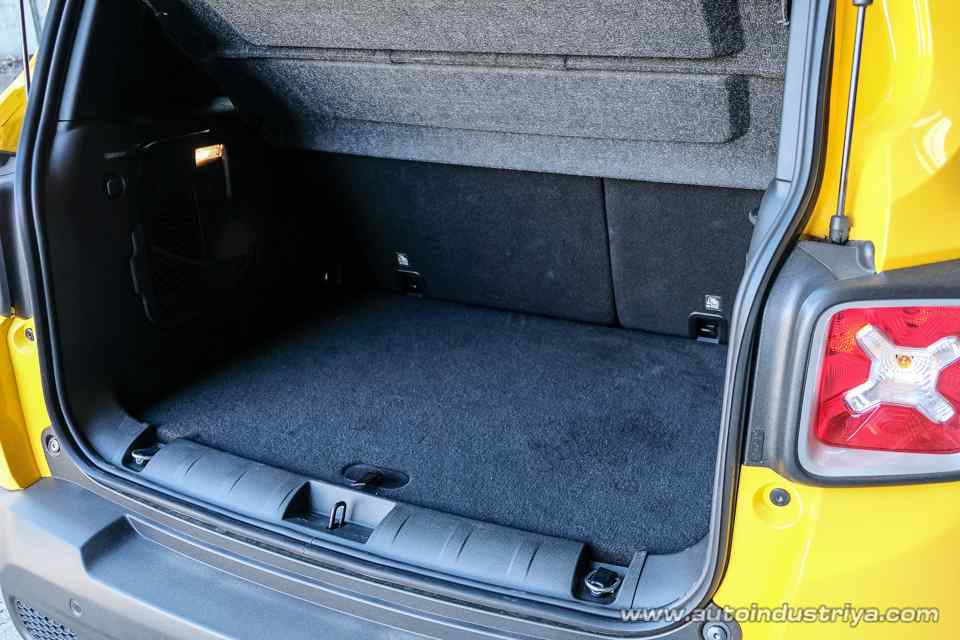 Retailing at a rather cool Php 2,145,000, the Renegade in Limited 4x2 trim is quite the steep investment. Sure you do get lots of features and driver aids like forward collision mitigation, electronic stability control, electronic roll mitigation, hill-start assist, lane departure warning, rear parking sensors, six airbags and tire pressure monitoring. But at its current price point, the 4x2 Renegade is already on par against other, bigger crossovers and SUVs that offer more bang for buck, as well as two additional seats.

The pricing and market positioning of the Renegade is a bit tricky. In other markets, the Renegade is technically competing against the likes of the Honda HR-V, which makes the price rather high at over Php 2 million. Locally, however, Jeep is marketed as a premium brand, which makes the pricing seem very affordable when compared to the Mini Countryman, among others. Still, this puts the Renegade's market position in a rather gray area. It's marketed as premium but it is not quite there yet, resulting in its pretty steep sticker price. 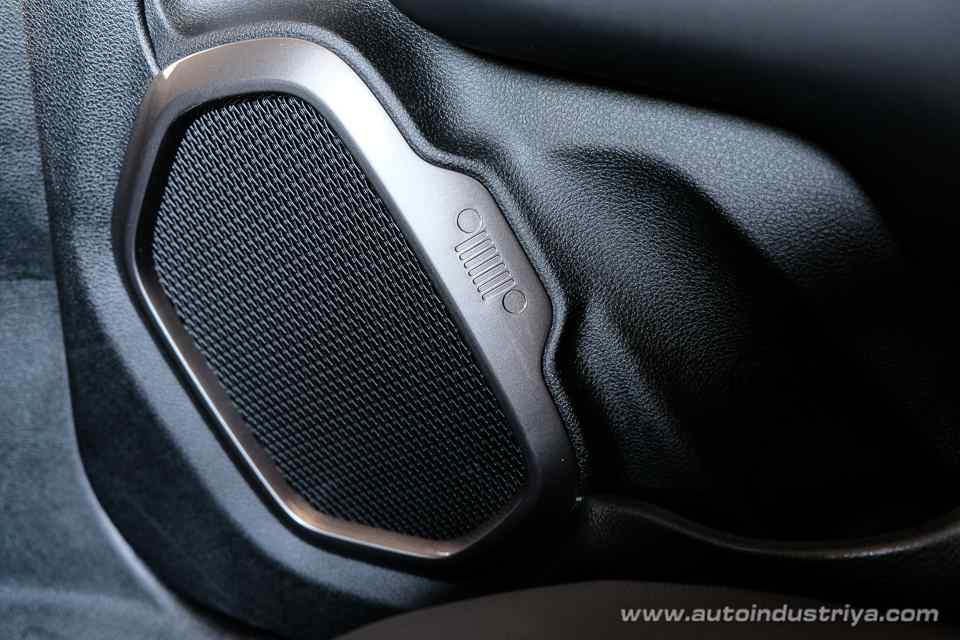 Whatever the case may be, the Renegade has bags of character like its stablemates, a relatively tall ride height (just mind the low-slung front bumper), and is pretty spritely despite having a small powertrain. It's also neatly packaged despite its pricing which could entice those that are looking at a small, yet feature-packed premium crossover.

If the Wrangler is too brutish, the Cherokee too out-of-this-world, and the Grand Cherokee too big, then the Renegade is the vehicle for those that want a small crossover that ticks all the boxes of a 4x2 vehicle for everyday driving.

The 2019 Hyundai Tucson packs a powerful punch and a smooth ride, but is it worth it?

With a new engine and transmission, will it be vindication for the Ford EcoSport?