A stigma is a difficult thing to shake off. Just ask Kia.

The Korean automaker has been rolling out pretty impressive pieces of design for the past couple of years. With designers from Audi coming into the stable, an engineering base in Europe and solid reception in the West, Kia has come a long way from the days of the Pride.

And yet, it's the Pride that Filipinos remember the most. Now, the Pride wasn't a bad car at all. It's just that the stigma of 'Budget Car' was stuck on the brand. A car determined to erase that is the all-new Picanto. 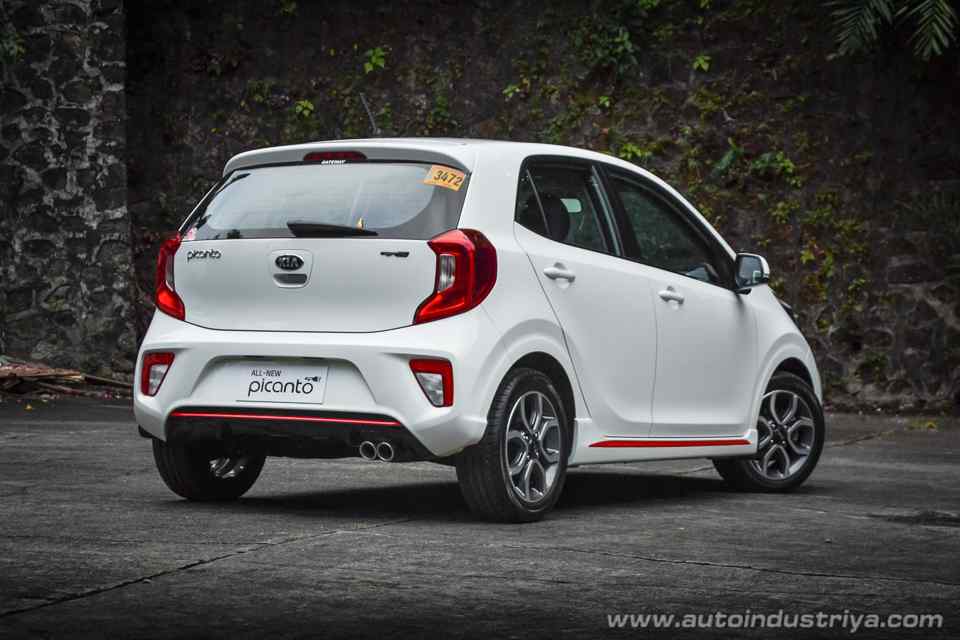 Granted, the successor of the Pride is the Rio; that is, according to Kia. But the Picanto could be its true, spiritual successor. The Picanto's diminutive dimensions and the hatchback body remind me of Kia's basic subcompact from the 90's. That said, the looks are far from entry-level. Being an A-segment car, the folks from Kia were a little more playful penning the all-new model. The short, stubby nose sees an aggressive-looking fascia. The square headlights, along with the signature 'Tiger Nose' grill makes it stand out in a car part. Not to mention, the U-shaped LED daytime running lights add a bit of character to, what essentially is, a budget hatchback.

That playful theme continues to the rest of the car's body. With the GT-Line, there are red accents all over the car. The four-spoke wheels wouldn't look out of place in a European car too. With its tall and upright shape, it promises to deliver a decent amount of room inside. The only thing that lets its down is the rear. Mind you, it's not a bad-looking design but it's a little too evolutionary from the previous generation model. All in all, the Picanto looks good, perhaps one of the more stylish options in its segment. 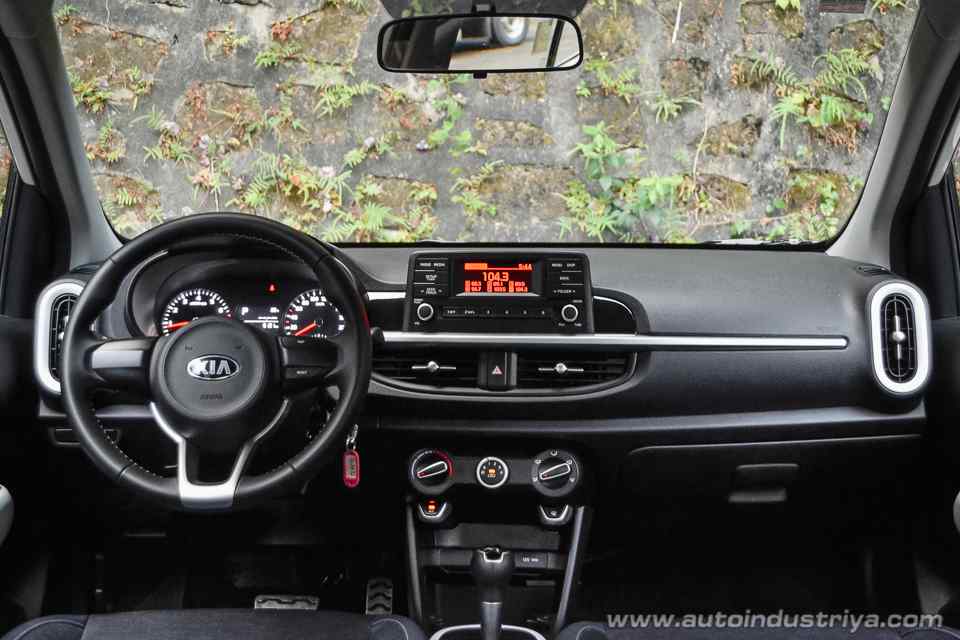 Inside, it takes some cues from the the car's exterior. Slim, upright air-conditioning vents give the cabin some flair. It's also pretty neat that some trim pieces are in the vehicle's body color. Blue is a color that's rarely seen in interiors these days and I have to laud Kia for being adventurous with the design. Besides that, the center console is a source of amusement too with its round dials and switchgear. Also, that thick-rimmed steering wheel is a delight to hold.

Worth noting is the instrument cluster design as it is an exercise in simplicity. It consists of two large dials with a small one in between to show relevant driver information. Although it doesn't come with a touchscreen, it can, at least, read music files from your phone. The Picanto's cabin can best be described as clean and simple, without being bland.

As for space, it's good in front, easily accommodating tall adults. The rear area on the other hand is on the tight side but still enough to seat small adults and children. Do note that this car is just under 3.6 meters long, so really, it's as good as the packaging will be. Cargo capacity on the other hand is good for a small cooler and a full-sized overnight bag. 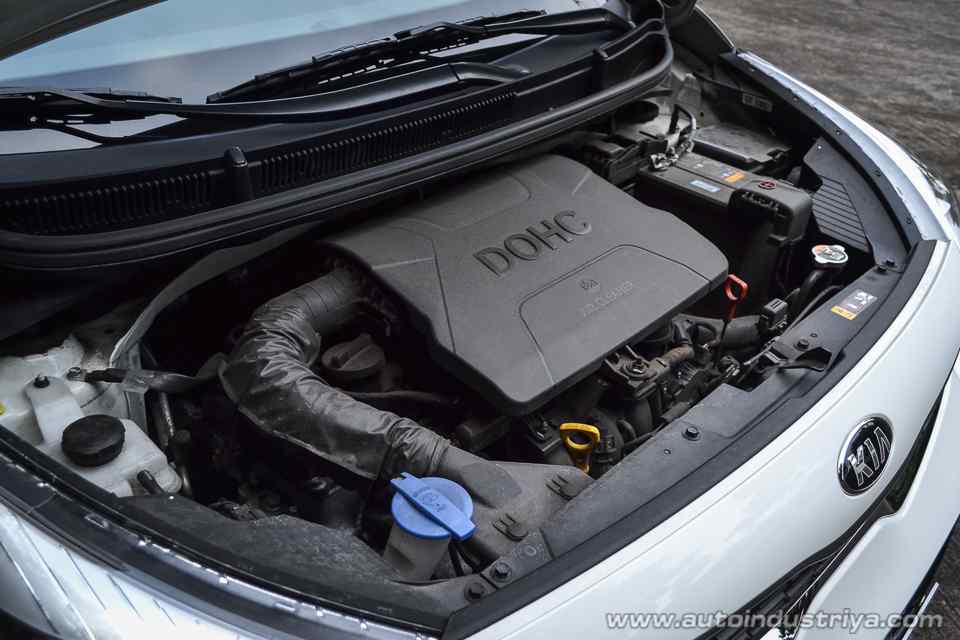 Pop the short and light hood and you're greeted by a 1.2-liter, four-cylinder engine, which is a big step up from the 1.0-liter, three-cylinder unit of the older car. It makes 84 PS and 121 Nm of torque which then shifts via a four-speed automatic. The last time I tested a Kia with a four speed automatic, it was with the Rio and that returned shockingly low fuel economy. Fortunately, that wasn't the case with the Picanto. 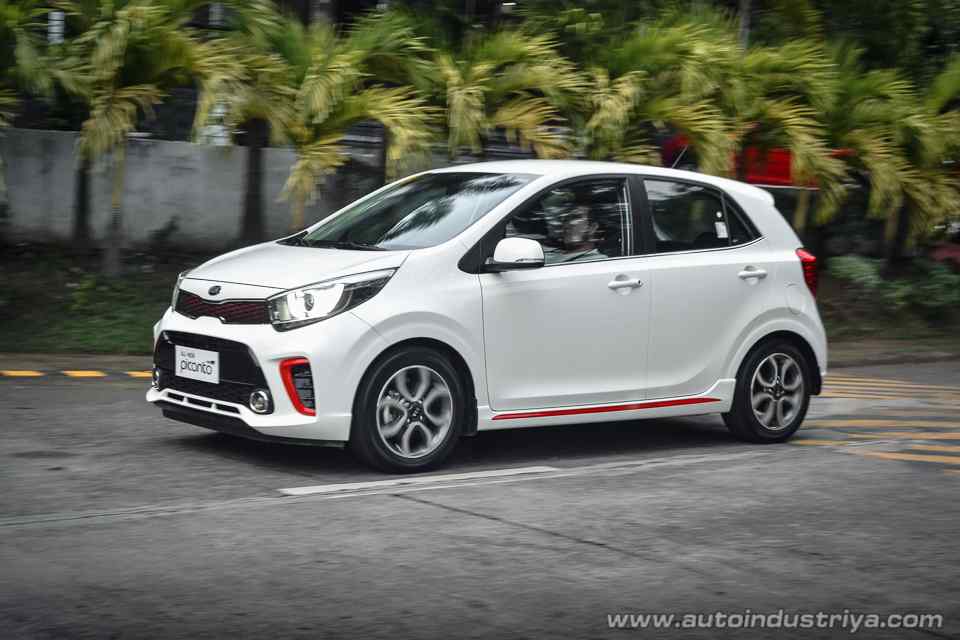 Does this mean performance is sacrificed for economy? Surprisingly, not so much. The tall gearing blunts the initial acceleration but make it reach the 2,000 rpm mark and it carries speed decently. It can get pretty vocal when getting to cruising speed but you can really only put so much sound deadening is such a tiny package. For an A-segment car then, performance is good, if not outstanding.

While it says GT-Line on the tailgate, the Picanto it's not exactly a hot hatch in any way, shape or form. The culprit is the overboosted electronic power steering which offers little in the way of feel and feedback. It's a shame really, as the Picanto offers relatively sharp handling and a decent amount of grip from those narrow tires. It rides well too for a car with such a short wheelbase.

As for equipment, the Kia Picanto GT Line fully loaded for a small hatchback. It's got anti-lock brakes, two airbags, power windows on all four corners, LED lighting at the front and rear, four speakers, a USB port (a must these days I reckon), and perhaps the most surprising of all, automatic headlights. If anything, the standard equipment wouldn't look out of place in high-spec B-segment, or maybe even C-segment cars. 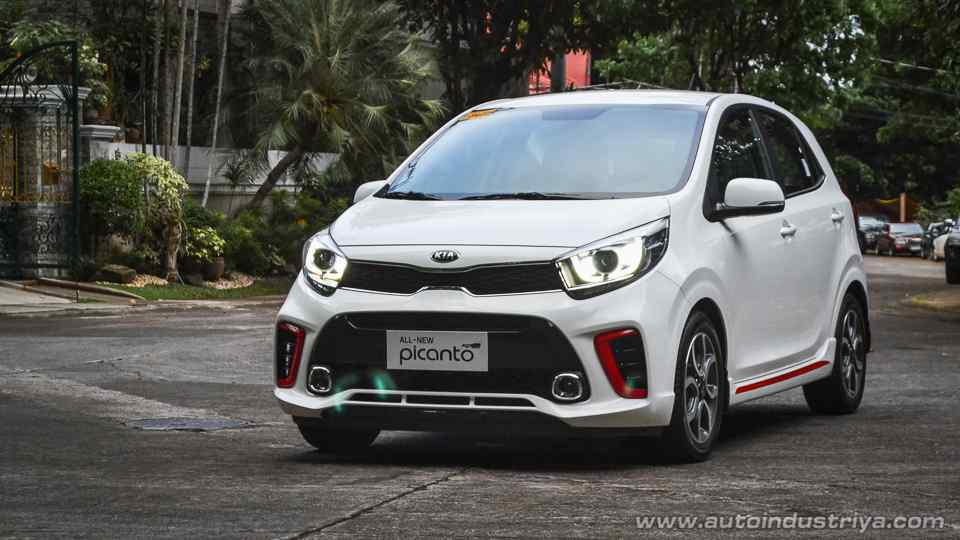 But there's the catch: It's specified like a bigger car because it's almost priced like one. In GT Line form, the all-new Picanto retails for Php 798,000. Shocked? Well, so was I.

Yes, it comes really well equipped and offers loads of standard equipment. Ride and handling are good and the economy is outstanding. It's just a little difficult to wrap your head around the concept of a Kia Picanto nudging towards the Php 800,000 mark. Yes, the Kia Picanto GT Line sheds the 'budget car' image of the past not just because of its overall abilities, but in its price tag as well.

If you really do want a Picanto, there's a lower-spec automatic version that retails for Php 100,000 less at Php 698,000. You won't get the sporty GT kit, the LED lights, the neat-looking alloy wheels and the blue leather and cloth combination seats. The Picanto gets the basics right so maybe, the entry-level automatic version is the way to go.

Toyota made some big changes to the Yaris this year, but did they make it better?

Nissan spruces up the X-Trail 2.5L 4x4 with new aesthetic and safety features