This 3008 has to be the most sensual car I've ever been in, and I didn't mean that in any weird and dirty way, you green-minded reader you.

I say 'sensual' because I've never encountered any vehicle that has had such a profound effect on one's senses, simply because Peugeot intended this second generation 3008 to be that way. But it wasn't always the case.

The 3008 line itself is quite interesting because it was the start of something new for the French automaker, given that the 3008 nameplate only appeared in 2009. Before that, Peugeot didn't have much of experience in crossovers, unless we counted the 4007. In reality, it was just a second generation Mitsubishi Outlander with a Peugeot fascia grafted on.

The first generation 3008 (2009-2016) was a pretty good compact crossover. The styling was definitely different; whether that's good or bad depends on who's looking, The interiors were neat and functional. The 3008 we tested before was very efficient, had a good ride, and had a turbodiesel motor that had good power. Mind you, these things I described aren't particularly unique to Peugeot; in fact, they're what you would expect of mass-market brands like Toyota or Honda.

And that's why this all-new 3008 is the way it is: Peugeot wanted their crossover to stand out. And in every way possible. 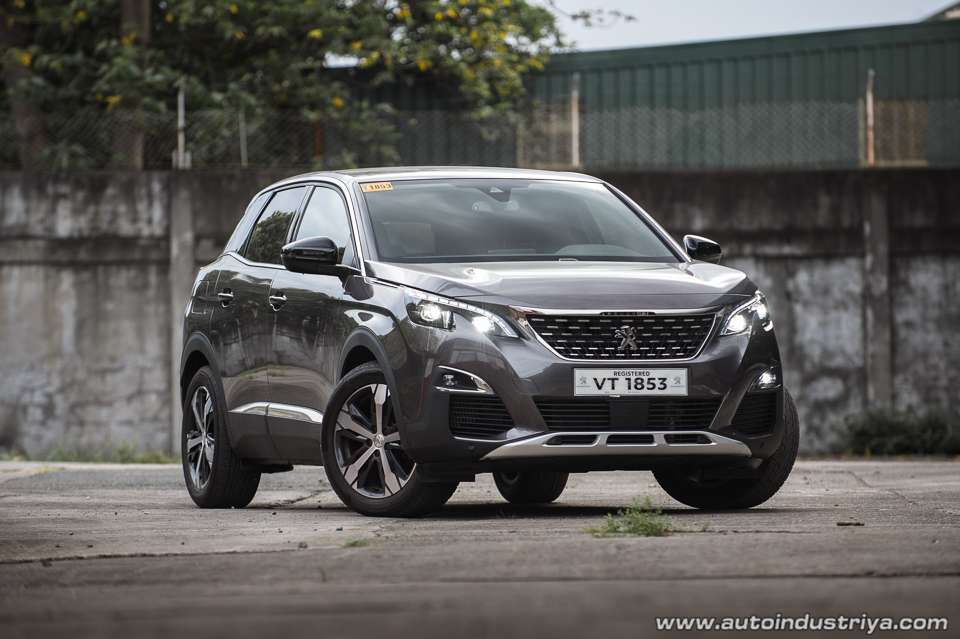 Visually, it has a lot of curb appeal. That's no exaggeration; photos actually don't do it much justice. You really have to get close to it to appreciate the many details in this devil.

That fascia sets the tone that this is not your average crossover anymore. The grill is indeed different, along with those eyes on either side. The bumper seems to have been shaped more for style than aerodynamic efficiency, which is OK. I like the blacked out pillars and roof, though it would look better if the 3008 was painted in any other color but dark gray or black. And then there's the crisp finish with the rear end; very premium and very clean. Peugeot even put in some lion-inspired details like the fangs that cut up into the headlights and the claw marks as LEDs on the taillights; small homages to the lion that adorns the grill. 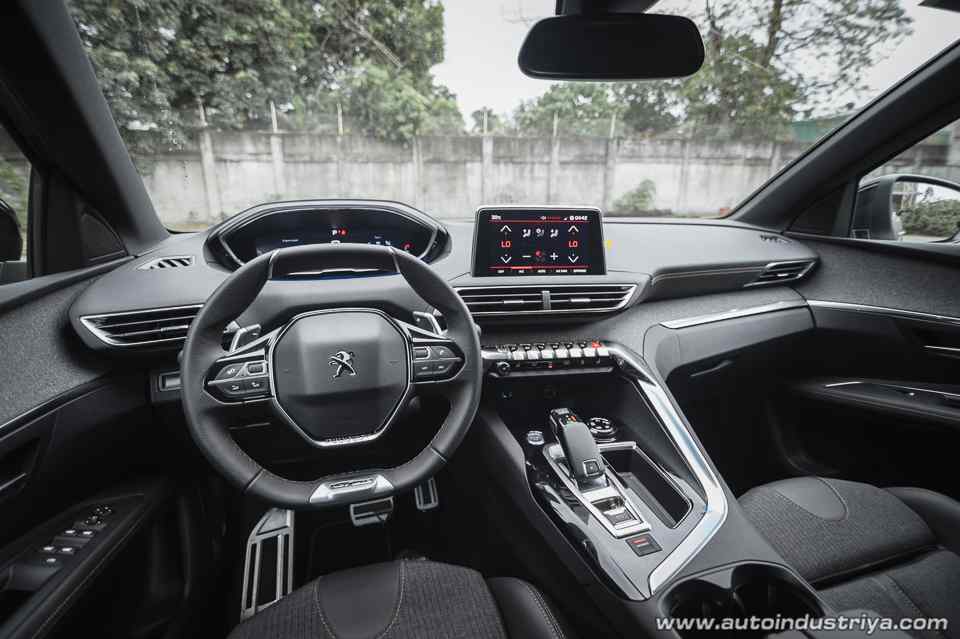 If the exterior was impressive, then Peugeot spent even more time and effort to craft the interior. There's this interior design concept that Peugeot calls i-Cockpit, and they've been using it in some of their models like the smaller 2008 crossover and the 308 hatch and wagon, but this is perhaps the most evocative application of it. If you're in the driver's seat, you really do feel like you're in the cockpit of a modern plane with a glass cockpit; there's a screen in front of you instead of where analog gauges would have been, and there's another screen in the middle for your other functions like the airconditioning, audio playback, so on and so forth.

The primary controls are familiar enough and easy to get accustomed to, The two spoke steering wheel has a nice grip to it, while the shifter is somewhat similar to BMW's iDrive system, albeit in this case, it was shaped into something that looks like a lion's paw. I like that Peugeot blended in some of the other controls into a metal trim piece that flows from the center stack to the shifter, along with many other elements that make up the interior. Seriously, this is all hard (and long) to put into words, which is why it's cool that even the officers from Peugeot's local distributor -including their President- are more than willing to showcase the car for clients in a uniquely personal touch. 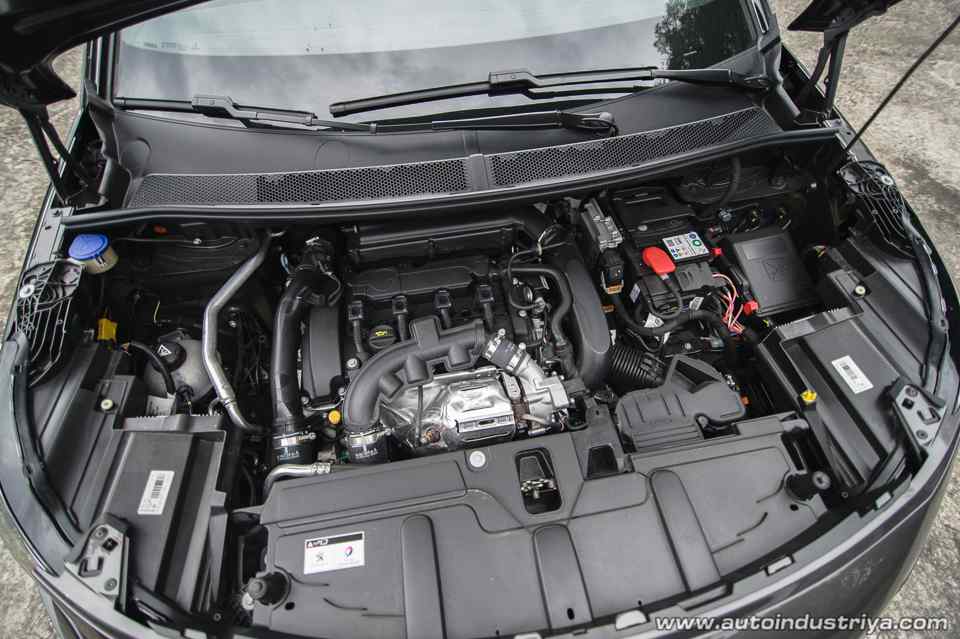 This small five seater crossover, specifically a GT Line Premium variant, is powered by a 1.6-liter turbo petrol engine that makes 165 PS and 240 Nm of torque for the 6-speed automatic. Despite being a top spec variant (actually the only variant available), this 3008 is only available with front wheel drive. However, it does have a system that adjusts the drivetrain depending on the condition of the road like mud, sand and snow; not that the last one matters anyway.

As a daily drive in town, it's a massive improvement over its predecessor, and thats factoring in a ride that seems to have been dialled in to first-world roads, not our less-than-desirable surfaces. The noise suppression in the cabin is great; even loud motorcycles are tamed down very nicely. The gasoline engine is likewise quiet and the transmission is very smooth; a huge step forward from the unnatural and jerky automated manual from before. 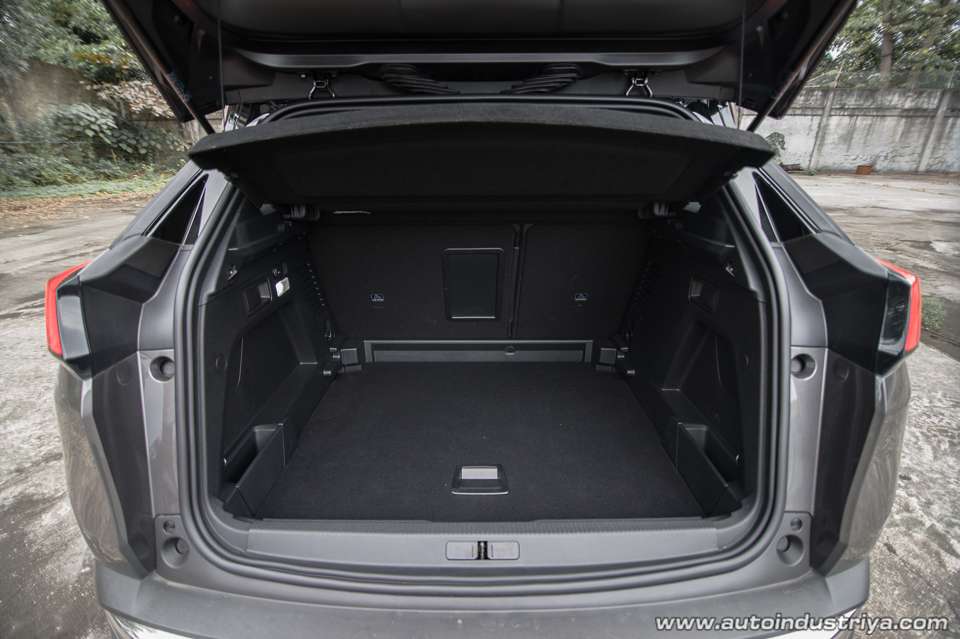 The size of the 3008 is just right for maneuvering around city streets; easy peasy for even the tightest of 90-degree corners. Legroom in the rear seat is alright, and the seats are actually more comfortable than they appear. Grocery runs are done with ease and with 520 liters of space at the ready, there's ample in the back for luggage and other stuff; the space more than triples to 1580 liters if you fold the rear seats flat. The rear trunk tray can even be moved to either provide a few inches of depth, or used as a tray to help load heavier items. One thing I didn't like right off the bat, however, was the rear-view camera system; it feels slow, almost like viewing an IP camera on local internet connection speeds. 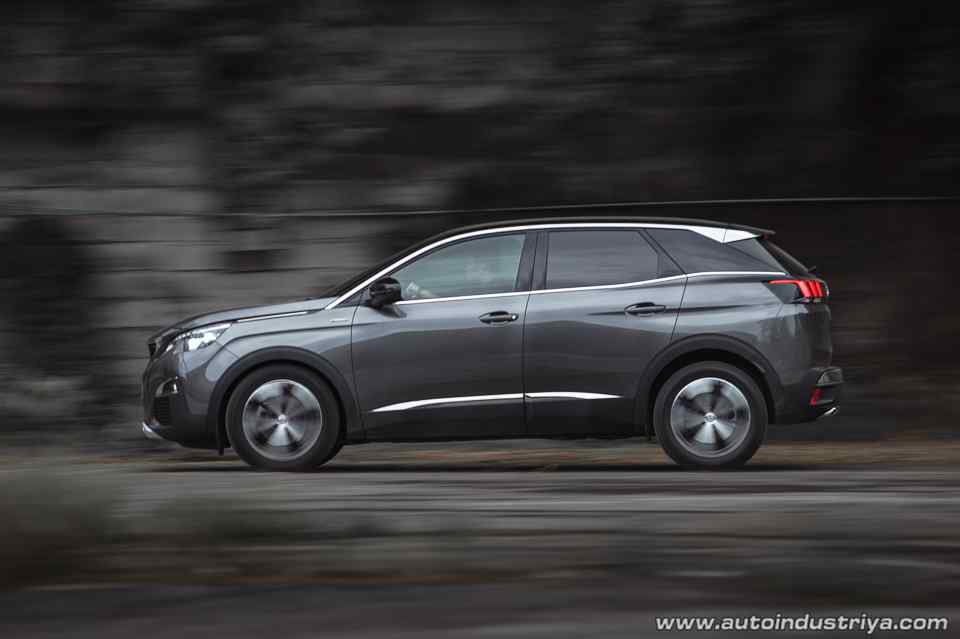 Cruising is the 3008's forte. Short or long drives in and out of town are easily and comfortably done, but you do have to be careful of potholes; the rims are quite big and it'd be a shame (and expensive) to damage them. Perhaps the best thing about the 3008 is efficiency; 9.1 km/l is doable if you're being smooth and smart with the throttle in the city (22 km/h average), and 15.1 km/l on the highway (85 km/h average). If Peugeot brings in the diesel range, no doubt they would return lower costs at the pump, but I really prefer this turbocharged gasoline engine when it comes to more spirited driving.

The 3008 is far more fun to drive fast than I had ever expected. Acceleration? The turbo engine easily moves the 3008 from zero to 100 km/h in just under 9 seconds. Overtaking? The 6-speed automatic quickly drops down a few gears to help you overtake on two lane country roads. Cornering? Not a problem. The 3008 has far better handling than the previous model, and by a big margin. It's very rare that an electrically-assisted (as opposed to hydraulically-assisted) power steering system would have much for feel, so yes, the steering isn't communicative, but it feels natural in terms precision. What I do wish they changed is the position of the steering wheel vis-a-vis the i-Cockpit gauge; with the way I sit and the way I like to have the steering wheel, the bottom part of the gauges are blocked by the wheel.

If you noticed, everything I mentioned in the paragraphs prior are the standard aspects we look for in cars like performance, space, comfort, usability, and many other things; so much so that you might be wondering what really sets the 3008 apart. And for that, the answer is simple: it tickles as many of the senses that it can beyond merely design and feel.

Peugeot did this though something called Amplify; a system in the car that enhances the experience of driving the car. It has two settings called Boost and Relax, and you can configure a lot of things. Depending on your mood, the system will change the lighting on the instrument cluster, electronically pipes in the sound from the engine bay via speakers, turn on the built in seat massagers for the front occupants, and even change the smell of the cabin via three fragrances stored in the dashboard. If you activate Boost, the system will even activate the Sport mode to sharpen throttle, steering and the shifting. 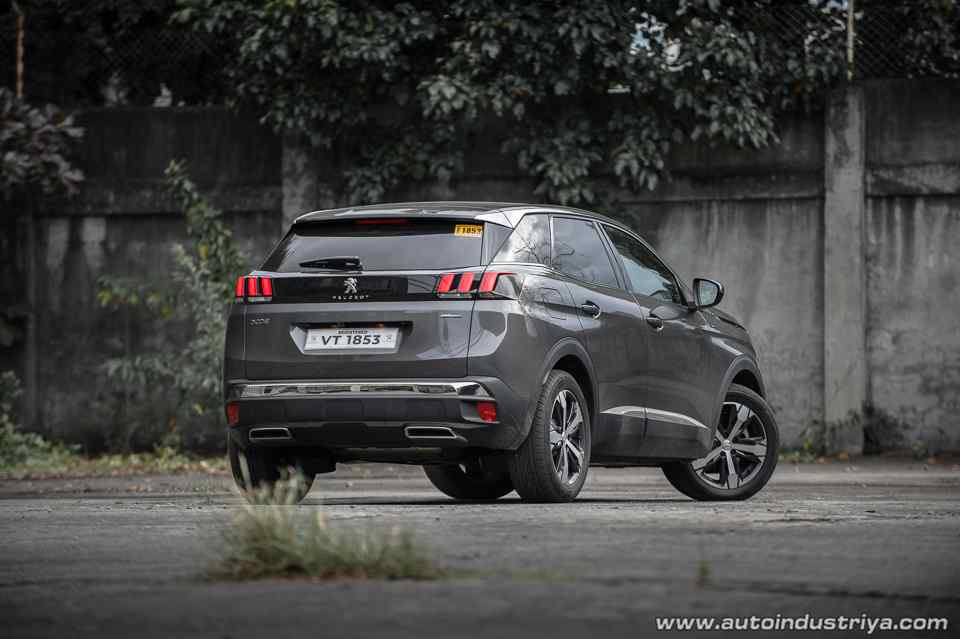 The 3008 is surprisingly enjoyable as a daily driven crossover, and even at PhP 2,590,000, it's quite justifiable given the level of features and its performance overall. Even better, Peugeot says that the preventive maintenance services for the first 3 years of the 3008 will be free of charge.

Honestly I would have wanted more seat time to explore things like the traction settings on surfaces like dirt or even more of the handling on faraway mountain roads, but really, I'm just enjoying the Cat Paw massage and the Cosmic Cuir scent coming through the vents.

Our urban traffic just got a lot more bearable.

Need a high-tech seven-seater without the expensive 4WD system? Check out the 4x2 Everest in Titanium Premium guise

Finally equipped with a better engine and an automatic transmission, the Volkswagen Jetta becomes a serious C-segment contender