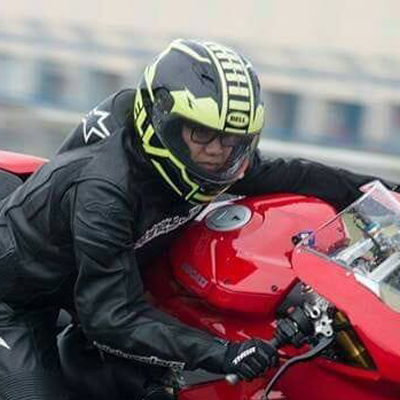 Being one of the many drivers, as well as one of the few drivers who can also ride motorcycles, there are only a few vehicles that I would appreciate. Among them are SUVs, because they are spacious, powerful, has some off-roading capabilities and are perfect for long drives with the family on board. Not to mention their being “man-cars” or cars fit for a grown-ass man. Unfortunately, SUVs can be heavy on fuel and take a lot of space on the road.

Cars, on the other hand, can be more fuel-efficient and take up less space on the road but obviously will fall short when you need more headroom and something that can satisfy your sense of adventure, like going to places where there are little to no paved roads. As a rider at heart, I would rather ride my motorcycle than drive a car when the places they can go are the same.

Thankfully, crossovers are there to combine the best of both worlds. One crossover I always wanted to try out was the first-generation BMW X1 which came out in the market ten years ago. It was one of the vehicles that I've imagined myself driving one day. Now that I was handed the keys (or rather remote) of this second-gen X1 xDrive20d xLine, I can finally tick one crossover off my bucket list.

Before jumping in, let me just walk you through the exterior of the X1 xDrive20d xLine. Comparing it from the first-gen X1, the new X1 has more refined lines and a stance that says “I'm an SUV”. Although the wheelbase is 90 mm shorter than the previous generation X1, the new X1 is 23 mm wider and 67 mm taller, allowing for increased headroom, legroom and overall interior space. The all-LED headlights and the kidney grille all exude the BMW marque. The 18-inch Y-spoked alloy wheels complement the overall “SUV look” of the X1.

As I stepped in, the fine leather interior greeted me, and as I sat, I really felt the driver's seat hugging me like it is longing for a long drive with the X1. Both the front seats can be electronically adjusted and the driver's preferences can be saved with just a push of a button. Like what I've mentioned above, there's plenty of interior room on the X1. The lack of space was one of the shortcomings of the previous-generation X1 and I'm glad they fixed that. Now, it's like I'm driving a real, bonafide SUV. The windows are also big and give the driver plenty of visuals from his surroundings which is very important, minimizing any blind spots. Also praiseworthy are the ergonomics of the X1. The scroll wheel for the infotainment system on its 6.5-inch screen, can be easily reached without any effort or any awkward-kind-of-reaching from the driver.

As for the back seat (which are also adjustable), my two children in their pre-teens sat comfortably with more than enough legroom for both of them. I could say three adults could also fit the back seat but that's asking too much. There are also two charging ports or outlets for charging mobile phones in front, and one at the back for passengers.

The cargo area has 505 liters of space, which pretty much translates to the fitting of a large cooler, small barbeque grill and personal effects ready for 2-3 days on the road. All in all, the interior is nothing less of what a premium car should offer. There is also the ambient light which also adds to the experience, especially when driving at night.

The X1 xDrive20d xLine is powered by a 1,995 cc, TwinPower turbo diesel engine that produces 190 PS with a torque figure of 400 Nm. The engine is then mated to an 8-speed Steptronic (automatic with manual option) transmission. I could safely say that the engine is responsive, even more than most gasoline-powered cars that I have driven. Engine noise is a given since it's a diesel, but once inside, it's much more hushed.

Out on the road, the X1 is easy to maneuver with its light steering and small turning radius. Also, the X1 turns where you want it to, with its sure-footedness reassuring you in every corner. Pulling power also reminds me of a big bike. Coming from Talisay in Batangas and going up to Tagaytay through the Sungay Road – famous for its steep and winding roads, the X1 never felt short of breath during the climb.

On the highway, the X1 gives you the impression that you're driving a larger vehicle. Some have told me that the ride of the X1 falls toward of being sporty (firm). I personally find it just about right: not too harsh and not too soft. Perhaps that's just me since I ride motorcycles more frequently than the other types of vehicles. As for fuel economy, I got a decent 11.3 kilometers per liter city driving, considering it was already rush hour Friday when I took the X1 for its first spin with me. More impressively, it managed 20 kilometers per liter out on the highway, which means one top-up of the X1's 61-liter fuel tank can take me around the North-Luzon Loop, with plenty of diesel left to spare.

Of course, no car is perfect. For instance, there's the idle stop-start system. While this feature will definitely stretch your fuel mileage, it does shut off the air-conditioning and just leaves the blower working. It's fine on a cold day but not exactly ideal in the afternoon heat. You can, however, shut that system off.

The other 'con' I have with this crossover is that it doesn't have a cruise control, though later models will come with the feature. It does, however, come with a speed limiter where the driver could self-impose a maximum speed when cruising the highway.

I also noticed that the X1 xDrive20d xLine had no spare tire. Instead, it's equipped with run-flat tires. That means, if ever any of your X1's tires got punctured, you can still run the vehicle with caution until you reach a safe place or a gasoline station to have your tires patched up. There are some mixed opinions about it, with some still preferring a full-size spare wheel over these run-flats or tire repair kits.

I do have to air my side about all-wheel drive though. Some would argue that all-wheel drive is unnecessary in the Philippines. I do beg to differ though, since many of our roads, especially in the provinces, are still unpaved, or are in poor shape. Plus, traction and control is a great safety net if you're driving on more challenging roads. It just feels much more reassuring driving an all-wheel drive vehicle in slippery conditions.

I really enjoyed driving the X1 xDrive20d xLine. The handling is what you would expect (or demand) from a BMW while its engine and transmission combo is one of the best I've ever experienced.

At P3.690M, there's no question that you're getting what you paid for (aside from the lack of cruise control). Provided you can cough up the money for it, the X1 is a competent and efficient daily driver that easily takes the role of family car without much complaint. If what you're looking for is a stylish, fun to drive, yet practical, and efficient small crossover with a prestige badge, the BMW X1 xDrive20d ticks all the right boxes.

With Chinese brands joining the crossover craze, the JAC S3 is out to prove that it's a worthy option.

The entry-level Ford EcoSport is the variant to get, but do you still want one?

A new 7-seater minivan from Hyundai will be revealed soon

Kia wants to give Hidilyn Diaz a brand-new Stonic

Aside from a new van, Hidilyn Diaz will also be given a new Kia Stonic

Honda's Swindon plant in UK has officially shut down operations