Let's get one thing straight: I've never thought that I would be able to drive a heavy duty truck. As we all know, trucks are bigger and heavier compared to the other vehicles. Furthermore, trucks are primarily designed for hauling goods.

With that in mind, I didn\'t know what to expect when Mercedes-Benz invited me to join their 2015 Actros Truck Driving Experience held at the Clark International Speedway in Pampanga.

As a brief overview, the Actros is Mercedes-Benz's premium-class heavy duty truck that is primarily designed for long-distance haulage. With a truck-building history that stretches over 100 years, Mercedes-Benz says the Actros intends to give the primary goal of haulers and truck users to obtain minimal risk and maximum profitability in transporting goods and equipment. The German automaker adds that the Actros stands not only for “reliability” and “economic efficiency,” but also for “first-class product” and “service quality” in the area of customer-oriented transport solutions.

The 2015 Mercedes-Benz Actros Truck Driving Experience were participated by select members of the motoring media as well as Mercedes-Benz's customers in the Philippines, Malaysia and Singapore. The event was organized by Mercedes-Benz PH in order to experience what Actros trucks have to offer. 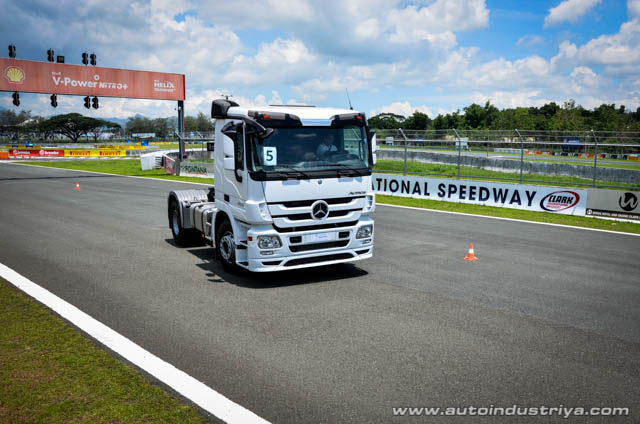 The first exercise was dubbed as the Gymkhana course where participants need to maneuver into tight parking spaces and drive through a straight slalom. Take note, we're driving a heavy duty truck that is powered by a 10-liter turbocharged diesel V6 engine mated to an automatic transmission. When it was my turn to try out the Gymkhana course, I was initially overwhelmed by the size of the Actros truck. To put things in perspective, one needs to climb a five step ladder in order to get into the truck's cabin. Once inside, you can't help but notice the truck's large steering wheel. 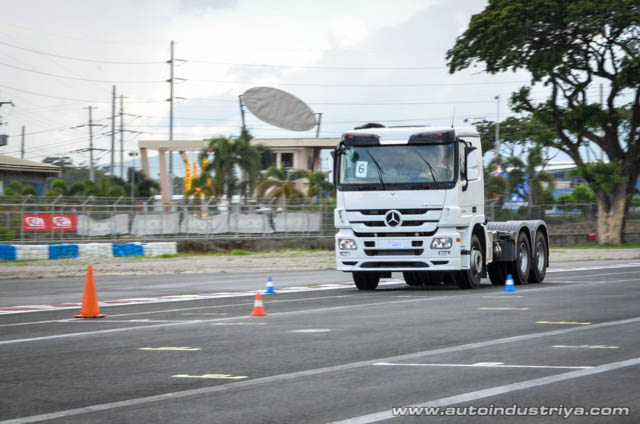 The second exercise was the braking course. For this part, cones were set along the main stretch of the Clark International Speedway. We were instructed to floor the gas pedal, then, at the moment when the Actros reached the first cone we had to hit the brakes as hard as we can and avoid hitting the second cone in the middle. Despite the heavy weight and running at around 60 km/h, the Actros' braking power was not a let down thanks to its anti-lock braking system and brake assist. 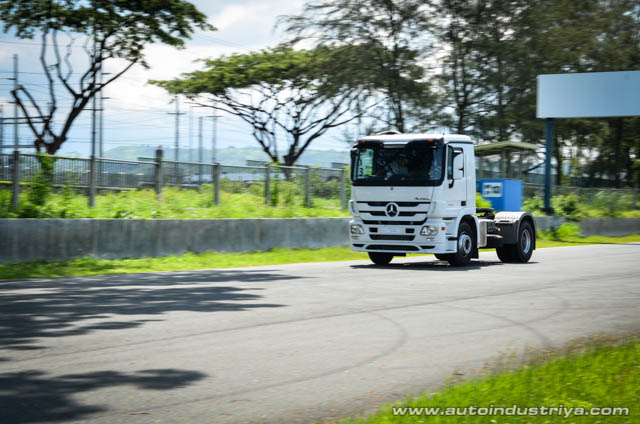 In the third exercise, we were given the chance to drive the Actros around the racetrack. During this part, the Actros truck showcased its PowerShift transmission, which delivered smooth and fast gear changes. According to Mercedes-Benz, the Actros' PowerShift adapts the rotational speeds of the main shaft and gear wheel via the electronic engine control unit. The Actros' agility, light steering and reliable braking all came into play as it drove through the racetrack. 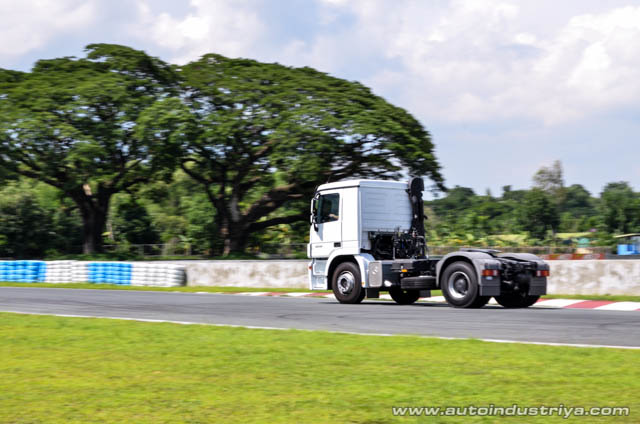 Then, we had our fourth and final exercise: off-road driving. For this part, participants drove an Actros 6-wheeler dump truck with a manual gearbox. Mercedes-Benz laid out a dirt course on the south side of the Clark International Speedway. Compared to regular vehicles, driving a manual 6-wheeler truck is difficult and would require a lot of practice. Other than the larger steering wheel, changing from one gear to another requires effort in contrast to the regular manual vehicles, given that it has a 16-speed gearbox. 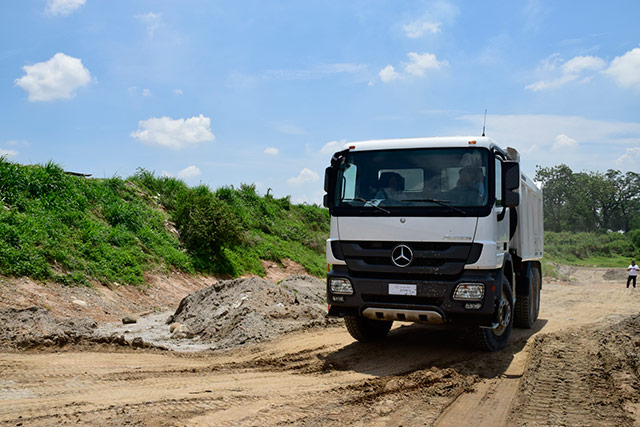 Good thing this truck is equipped with a number of technologies that could assist the driver in tackling the tricky off-road course such as the hill-hold feature and an electronic traction control system. Through this exercise, the Actros also demonstrated its off-road capabilities thanks to hill descent and suspension articulation.

Overall, this truck driving experience made me realized the different capabilities of the Actros. Other than its power, Actros is a truck that values the safety of the truck on the road. Through this heavy duty Mercedes-Benz, truckers would have an easier and safer time meeting the high demands of hauling goods.

Going Big: How Hyundai PH will change the truck and bus game

HARI goes big with new Hyundai Trucks and Buses business which is expected to capture 10-percent of the market.

On track with Mercedes-Benz Actros Trucks