With just months leading up to the planned implementation of the Public Utility Vehicle (PUV) Modernization program, the government and jeepney operators continue to clash over requirements and regulations.

Indeed the Jeepney has become a national icon for the country, but its many shortcoming are beginning to be a hindrance to efficient operation. Must it be allowed to endure or is it high time for a replacement? We take a closer look at the Jeepney and the PUV Modernization program. 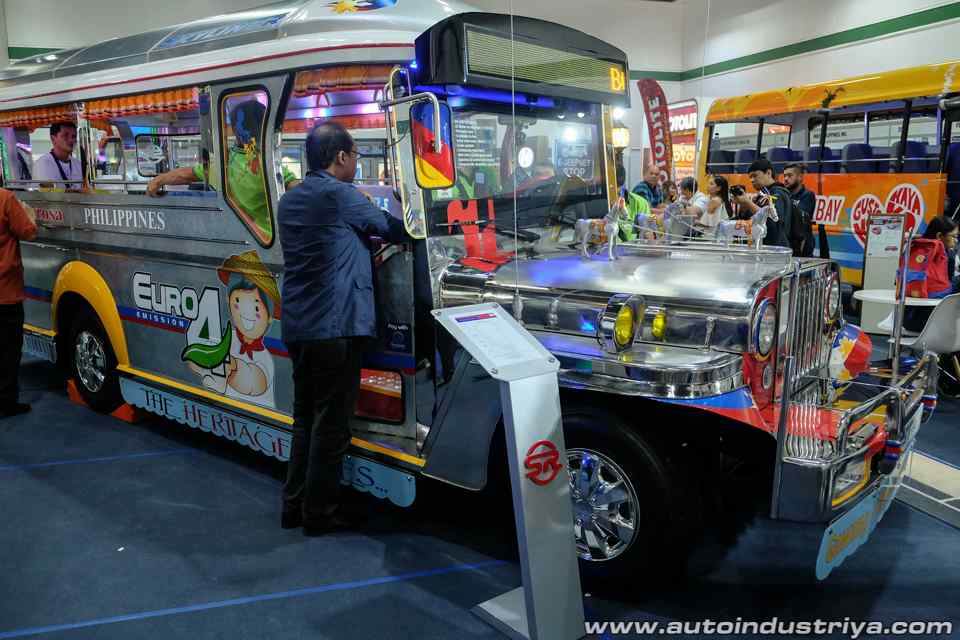 Jeepneys have been adapted from World War II Willys Jeeps used by the American military during their occupation of the country. After the war, many of these Jeeps were left behind. With much of the country in shambles and ruin, enterprising Filipinos modified these vehicles to carry passengers, and serve as public transportation, charging a small fare for a specified route.

The Jeepney has been in service in the country since the 1940s, and while many are no longer built from original Willys Jeeps, the design has endured, with their chassis, body and components adapted from different surplus truck parts. Its body panels are made from stainless steel, often embellished with decorations, murals, and the signature horses on the hood and visor and crown over the windshield.

The Jeepney, in its current form, features an extended wheelbase, now common practice in order to accommodate some 18-26 passengers. The vehicle is boarded from behind with steps built into the body in order to easily climb in. Passenger seats are arranged facing each other. It is difficult to stand upright, as such, passengers may have to bend to walk toward the front. Often times, the Jeepney is seen carrying far more. They are typically powered by surplus or second hand Japanese diesel engines, many of which were not designed to meet modern vehicle emissions standards. The fare is passed on by fellow passengers until it reaches the driver. The driver typically juggles both driving, calculating fare, and returning the change, all at the same time.

Jeepneys have become practically synonymous with the Philippines, serving as a cultural icon and an experience many tourists often seek out, similar to Thailand’s Tuktuks, China’s rickshaws and India’s Hindustan Ambassador cabs. The honesty among passengers when passing the fare has been well noted by many travel writers and critics. The vehicle itself sees extensive use throughout the country, from the busy metropolitan cities, to the most inaccessible rural areas, crossing rivers and rough roads to reach their destinations.

Unfortunately, the Jeepney has also been derided as an obsolete means of transport. Because there is no recognized standardized design, they can vary in shape and form, from a medium-sized vehicle, to some the size of medium duty trucks. 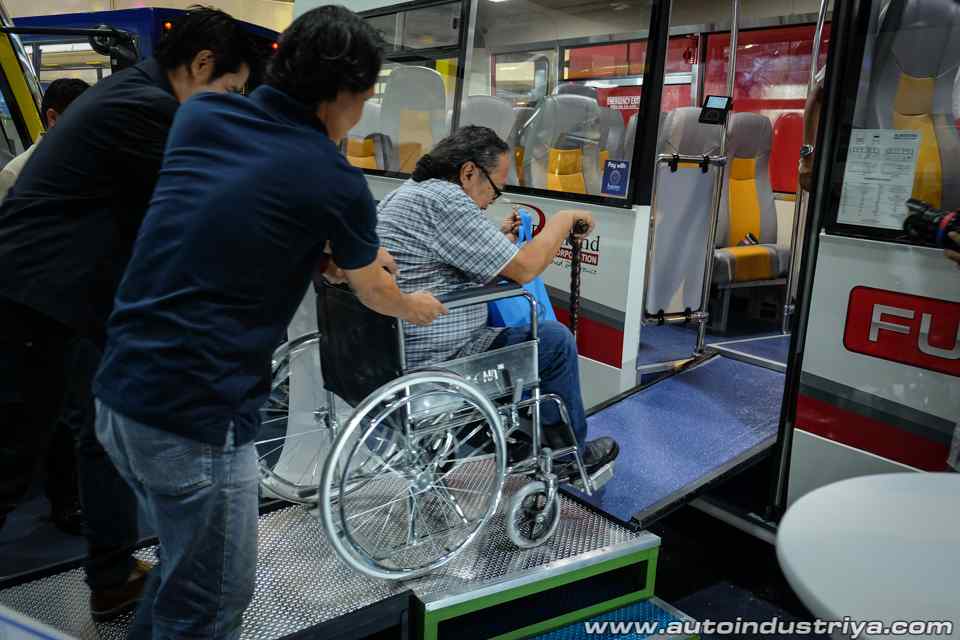 Because it is based on an old design the Jeepney offers little in the way of safety. The rear entrance has been criticized as being unsafe for passengers entering and exiting the jeepney. Passengers themselves are crammed into the vehicle with little regard for their comfort. Crumple zones are not integrated into the vehicle’s design. As a result, vehicular accidents involving jeepneys sometimes result in fatalities. Finally, vehicle maintenance has also been put into question, with many examples showing signs of smoke belching, inoperable lights and indicators and sometimes obvious chassis rigidity failures. 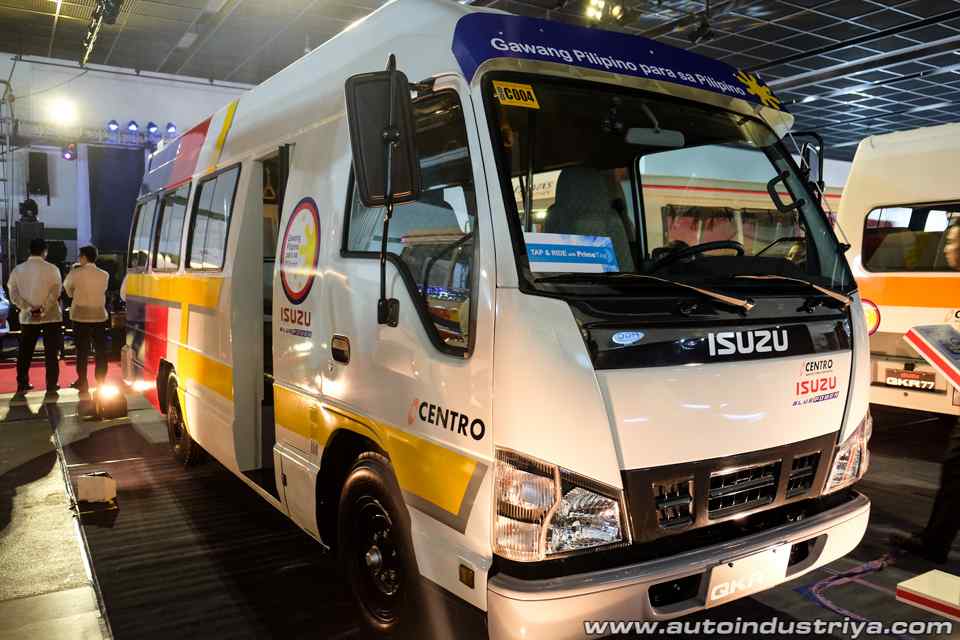 To address many of the complaints against the Jeepney and to serve as a means to organize and standardize their construction and operation, in June this year, the Department of Transportation (DOTr) launched the PUV Modernization Program, which will mandate the phaseout of PUVs aged 15 years or older.

In line with the government mandate to ban the sale of new vehicles that cannot meet Euro-4 emission standards, jeepneys should be replaced by those powered by more modern engines or alternative environmentally-friendly means.

The DTI’s Bureau of Philippine Standards (BPS) has come out with a draft Philippine National Standard (PNS) for PUVs. It specifies dimensional limits for PUVs with strict limits on the seating arrangement and capacity, and having a maximum mass not exceeding five tons. Also included in the dimensional limits are the vehicle’s overall height, width and length, wheelbase and front and rear overhang, cabin, seat and seat lay out, step board, service door and emergency exit. 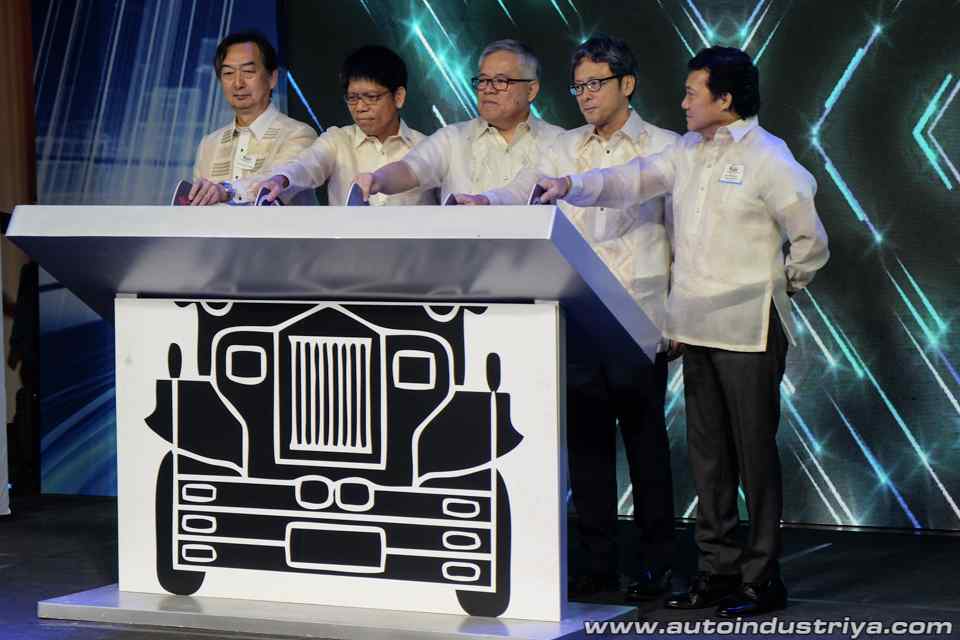 Modern Jeepneys will now fall into one of two vehicle classes: Class II for intra-city travel or Class III for inter-city travel. Besides the engine modernization, the jeepneys design has also been addressed with more strict guidelines over its dimensions, features and required standard equipment.

Fare collection will now be through electronic payment means. This eliminates the need for the driver to collect the fare while operating the vehicle and possibly distracting him from his primary duties.

There are also proposals to have PUVs outfitted with additional features such as speed limiters, a GPS navigation system, dashboard cameras, Wi-Fi, and closed-circuit television cameras as additional security and safety measures. 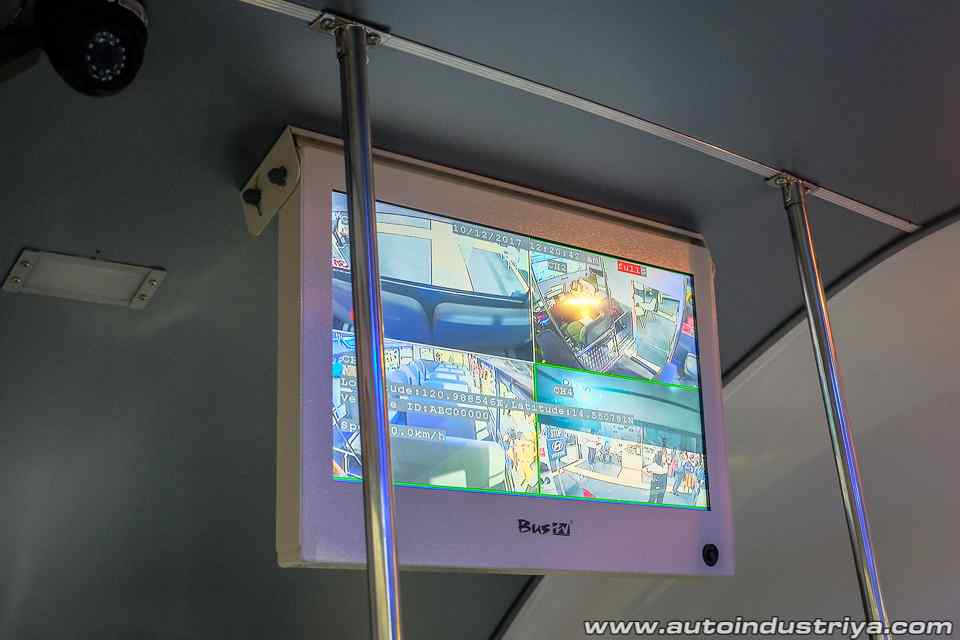 Finally, in order to acquire any of these new Jeepneys, drivers and operators must form cooperatives and register with the LTFRB. No lone operators are allowed. This allows the government to more closely monitor the franchise system, update routes, as well as provide training for drivers.

To ease the acquisition of these vehicles, the government has allotted the third slot of the Board of Investment, and Department of Trade and Industry’s Comprehensive Automotive Resurgence Strategy (CARS) Program for PUV Modernization. This allows the government to grant loans at low interest to those that wish to acquire the new vehicles.

The government is eyeing to have modernized buses, jeepneys, and public utility vans across the country by 2020.

Around 180,000-270,000 jeepneys will need to be replaced, of that number, 70,000 are within Metro Manila, according to the Land Transportation Franchising and Regulatory Board and the PISTON Jeepney group. 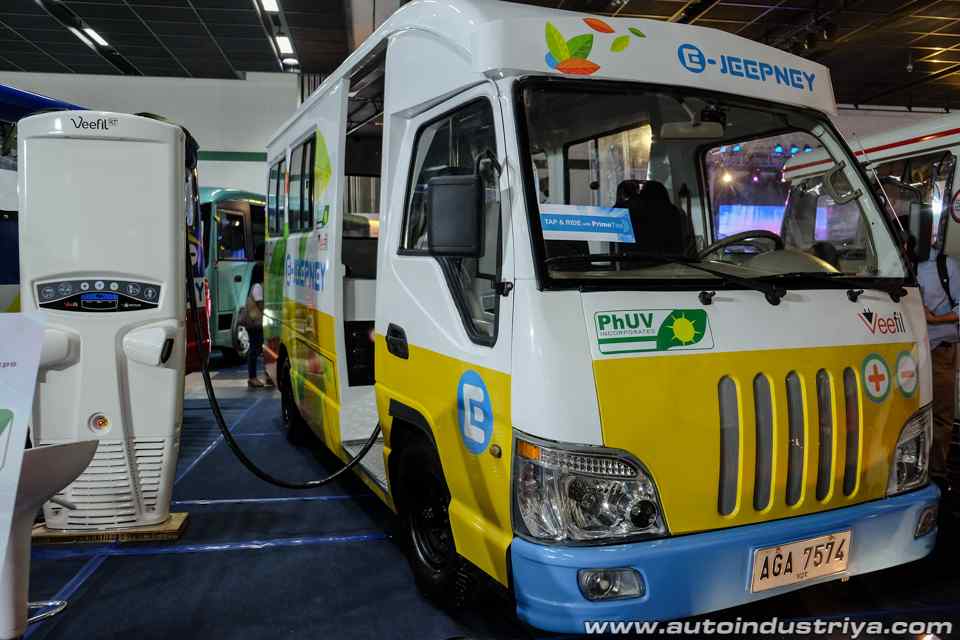 New PUVs will fall into one of two vehicle classes. The first is Class II vehicles with an overall length not more than 6.2 meters. Air-conditioning is optional. The vehicle entrance must be on the passenger side, with a door with either a manual or automated opening and closing mechanism. PUVs in this class may have bench type seats, mounted sideways, or forward-facing seats. The vehicle must be tall enough for passengers to stand upright, with room and provisions for passengers to stand in the aisles with the aid of grab handles. Fare is collected with a use of a BEEP card. No passenger can board without one. Every vehicle must have an alternative emergency exit.

Class III vehicles can feature an overall length more than 6.2 meters. In this class passengers must be provided with forward-facing seats. Air-conditioning is optional. The vehicle entrance must be on the passenger side, with a door with either a manual or automated opening and closing mechanism. The vehicle must be tall enough for passengers to stand upright, with room and provisions for passengers to stand in the aisles with the aid of grab handles. Fare is collected with the use of a BEEP card. No passenger can board without one. Every vehicle must have an alternative emergency exit. Finally, because of the longer distances these vehicles are expected to travel, provisions for cargo must be provided be they through overhead shelves, a separate baggage compartment or roof racks. 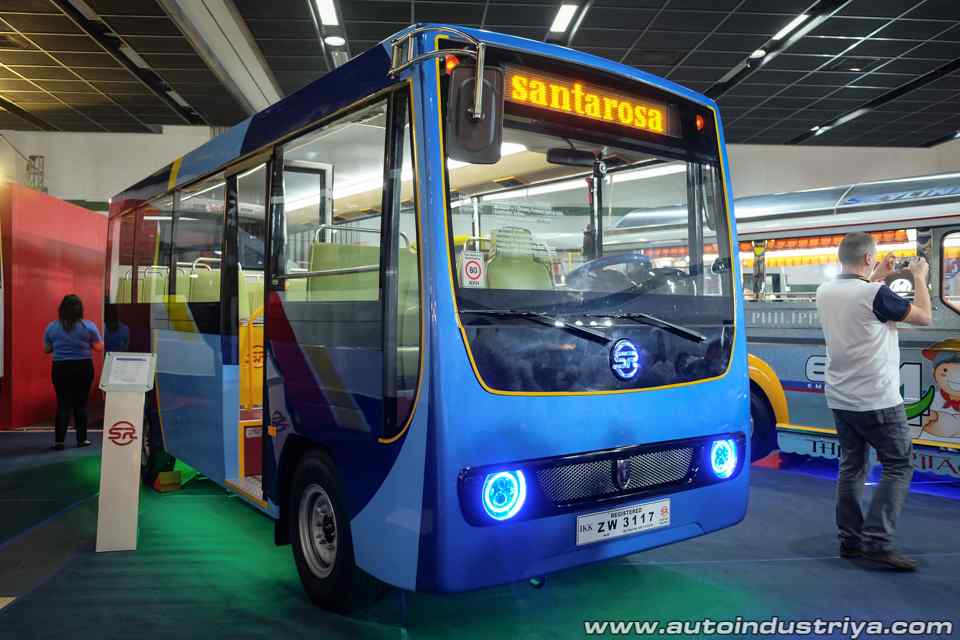 Finally, the vehicle designs and bodies must meet with the design requirements of the platform and engine provider, ensuring that they cannot be overloaded, fitted with unsafe embellishments, or compromise the powertrain.

The final official PUV design has yet to be chosen. Yet as of late, commercial vehicle manufacturers like Isuzu, Hino, Fuso, Hyundai and Tata have expressed interest and have already developed prototypes with body builders like Centro, Almazora, Santa Rosa, Hino and Hyundai constructing the shell and interior appointments. Each vehicle can cost anywhere from PhP 1.6 million to 2.0 million. Among the many examples, a few even feature electric powertrains with the accompanying charging stations.

The final vehicle can be acquired through the government’s financing package, called 5-6-7-8.  It requires the Jeepney operator to show his credentials, as well as proof of membership with a recognized cooperative. From there, he will be required to pay 5-percent downpayment. Payments will be kept at a 6-percent interest rate, for as long as 7 years. The vehicle’s warranty is also hoped to be 7 years long. Finally, the government will offer as high as an P80,000 subsidy per unit. 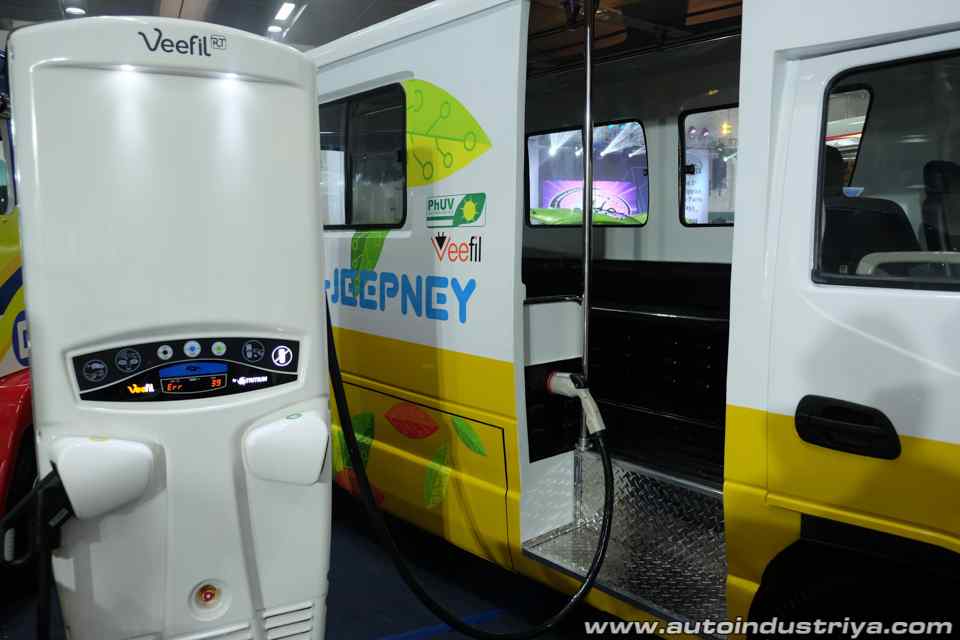 Finally, the vehicles offer several advantages over the old design. The new, modern powertrains offer a 43-percent fuel savings over the traditional Jeepney engines. They also produce lower emissions. The Class II and Class III designs allow for more passengers from 16 to a 22-person capacity with engines that are capable of propelling the fully laden vehicle.

With many of the details of the PUV Modernization program finally fleshed out and the locally manufactured prototypes giving a more concrete glimpse of the possibilities, the future of the PUV is certainly looking bright, especially with passenger safety, comfort and convenience finally being addressed.

Going Big: How Hyundai PH will change the truck and bus game

HARI goes big with new Hyundai Trucks and Buses business which is expected to capture 10-percent of the market.