Ever since my wife and I moved to our current home with a rather spacious garden, we've embarked on trying to grow things. We bough seeds for herbs, vegetables, fruits and other green, leafy things to plant in the soil, but they didn't always take. Actually, they rarely grew, if at all.

That, perhaps, was why I decided to try and visit a farm in a land (not-so) far, far away. It's called the Costales Nature Farm, a place that's known for the organic greens that you'll find in supermarkets and salad plates around the country.

Some would go to get a taste of soil-grown freshness that can only be had if you picked the veggies from your own yard, though personally, I just hoped to pick up a pointer or two. 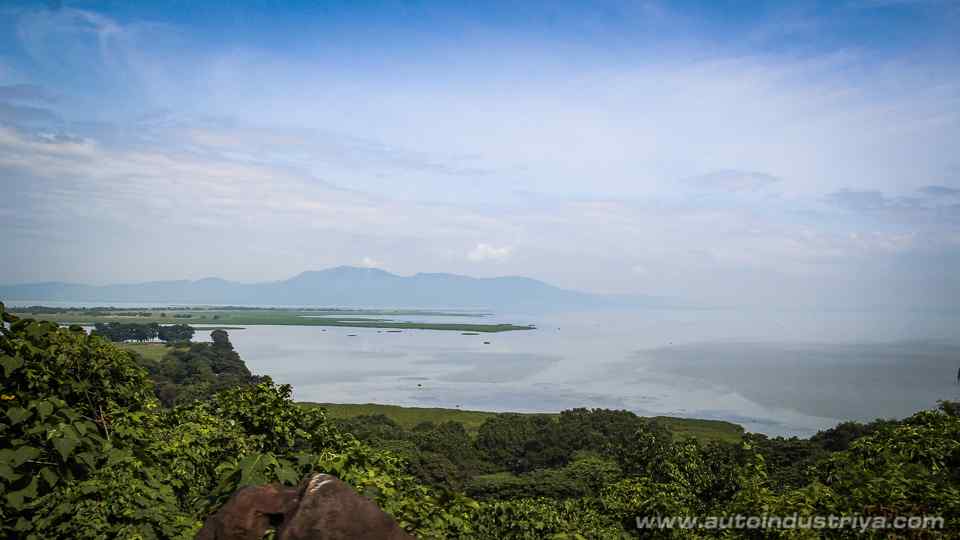 Getting to Costales from the capital wasn't going to be easy. Located in Quezon, close to the base of Mount Banahaw, heading there via the South Luzon Expressway could easily take three and a half hours as drivers would literally have to go around the Laguna de Bay. Fortunately, we opted for the other way around; a route that's somewhat more direct (if you live east of Metro Manila), if not more scenic.

We needed something that was up to the task, and that just so happened to be the latest version of the Ford Ranger. We did wish it was the more powerful Ranger Raptor, but this rear-wheel drive Ranger FX4 will do just nicely over the 98 kilometer path we were going to take. 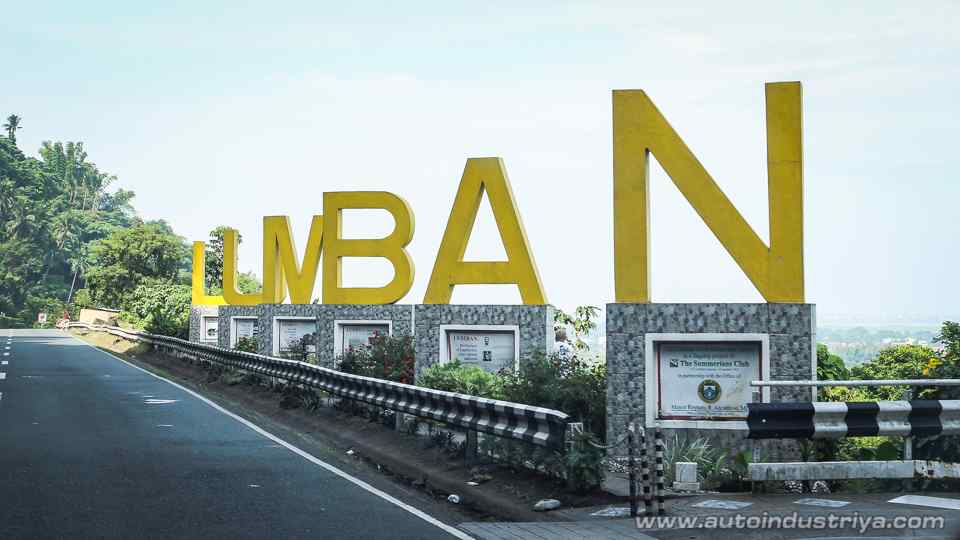 Past Antipolo, our route would take us through most of the towns east of Laguna de Bay, and that was perfectly fine. Driving past towns like Teresa (known for marble, quarrying), Pililla (known for the new wind farm), Paete (known for their elaborate wood carvings), Lumban (known for their embroidery, barongs, and gowns), and Pagsanjan (the waterfalls) would be far better than seeing concrete condos and aircraft on approach like you would on the SLEX.

The scenic route this is, the road ahead is also demanding on car and driver. Overtaking big, heavy trucks and tiny tricycles that don't want to move over to the slower right lane are tasks that need ability, patience and, quite frankly, a little courage. Thankfully, the Ranger FX4 was more than ready to handle it. 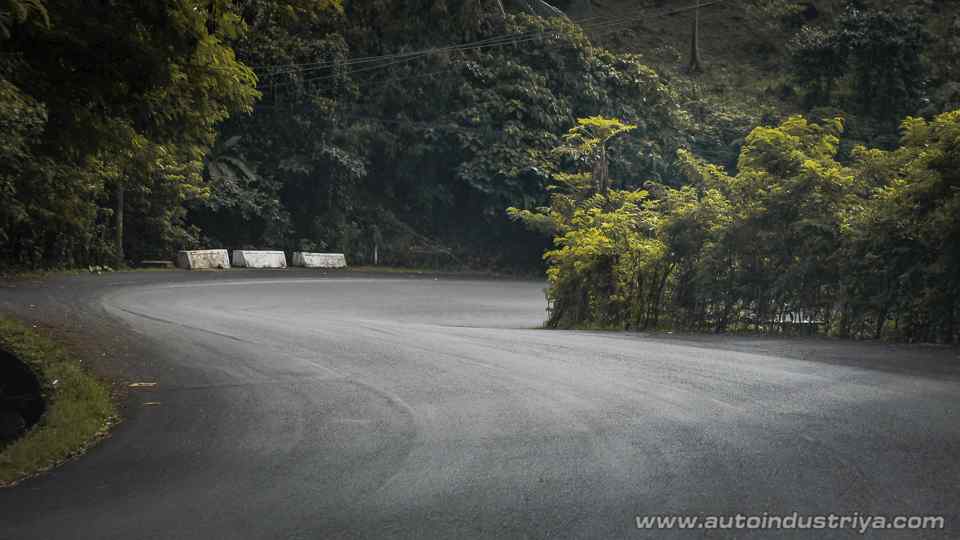 With sport mode engaged, the 6-speed automatic quickly rifled down the gears when my right foot wanted to accelerate past slower traffic that, ironically, wanted to speed up whenever we pulled alongside. It's not a problem for the 2.2-liter turbodiesel either; with 160 horsepower and plenty of torque available, getting past them seemed far easier.

Unlike the expressway route, however, the road had a tendency to get really twisty. But while many may still think today's modern crop of pick-ups are slouches in the corners, the Ranger gladly begs to differ. The steering has a nice weight when I tossed it around a bend, and would easily do it turn after turn. 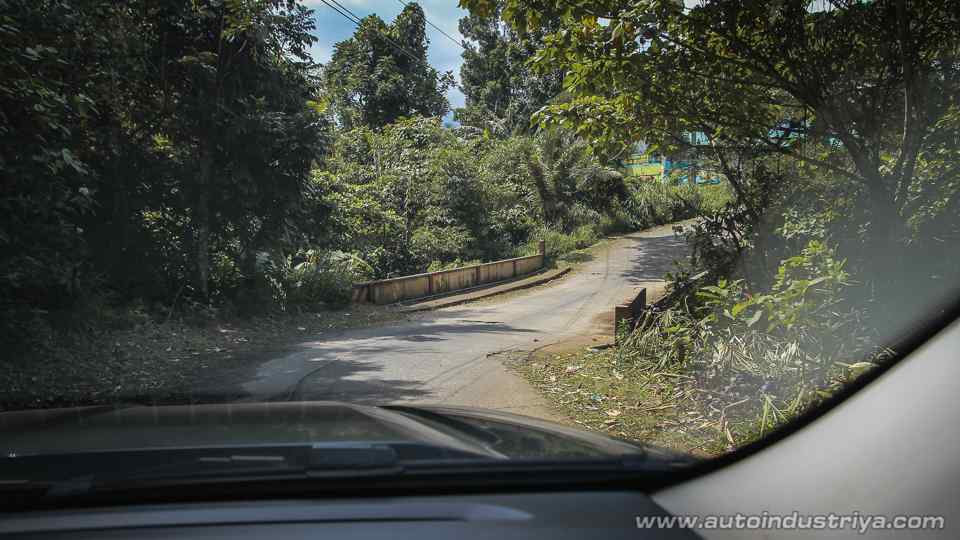 Past Pagsanjan and most of the major national highways, our navigation app took us onto roads that were definitely made for far smaller automobiles. Truth be told, it can be nerve wracking to try and maneuver a truck that's only a little under 2 meters in width on a road that's best driven in a small hatchback, but we managed just fine despite the many blind corners, or turns where you can't see if there's oncoming traffic. In these situations, a loud horn will prove to be very useful.

Past a few small towns, our destination started to ever so much closer. And out of the madness (and the few near misses) that the narrows took us on, the long-revered Mount Banahaw appeared on the horizon. The top of the mountain was masked in dark clouds, ready to fill the sky and make the drive even trickier than it already is.

Thankfully, the farm was just around the bend. 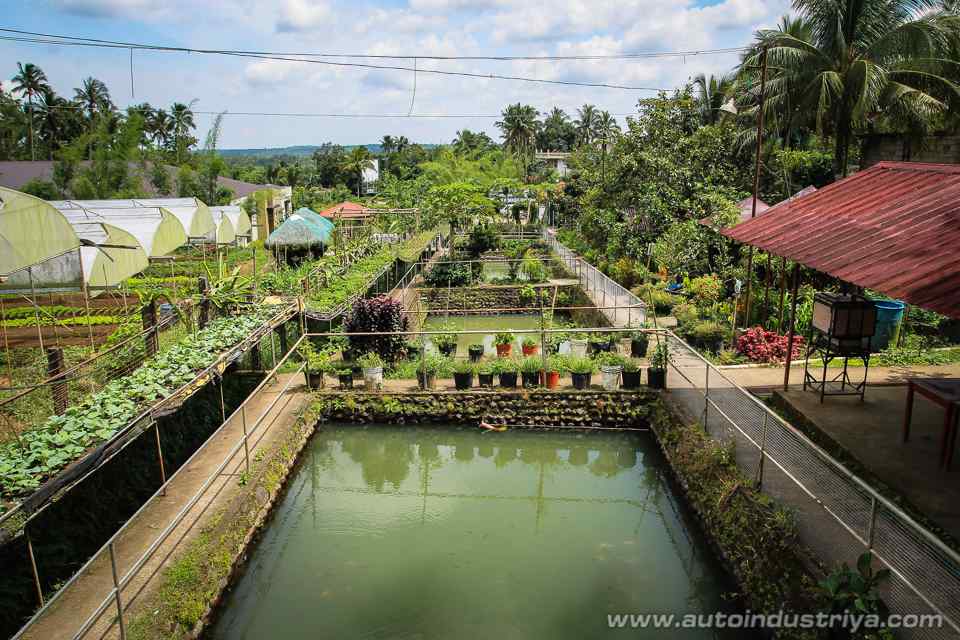 No Waste Goes To Waste

We pulled up into the Costales Nature Farms at mid-morning. We had just spent three long hours amidst the twisties, and quite honestly I was a little woozy. Good as the Ford Ranger is, it's still a pick-up after all, and can be bouncy unless loaded with weight.

Once I got down from the Ranger, all that started to fade away. The fresh air here -no doubt generated by the greenery all around- is a far better remedy than any motion sickness meds and is just as rejuvenating after a tiring drive as a tall glass of ice water.

We were greeted by one of their staff, who promptly began our tour of the 8 hectares that the Costales Nature Farms, or CNF, occupies. The place isn't actually flat and geographically featureless as CNF is nestled on what seemed like gently rolling landscape. The clearest indication that this was a farm was the presence of neatly organized greenhouses on either side of four “stepped” fish ponds; all of which are filled with tilapia. 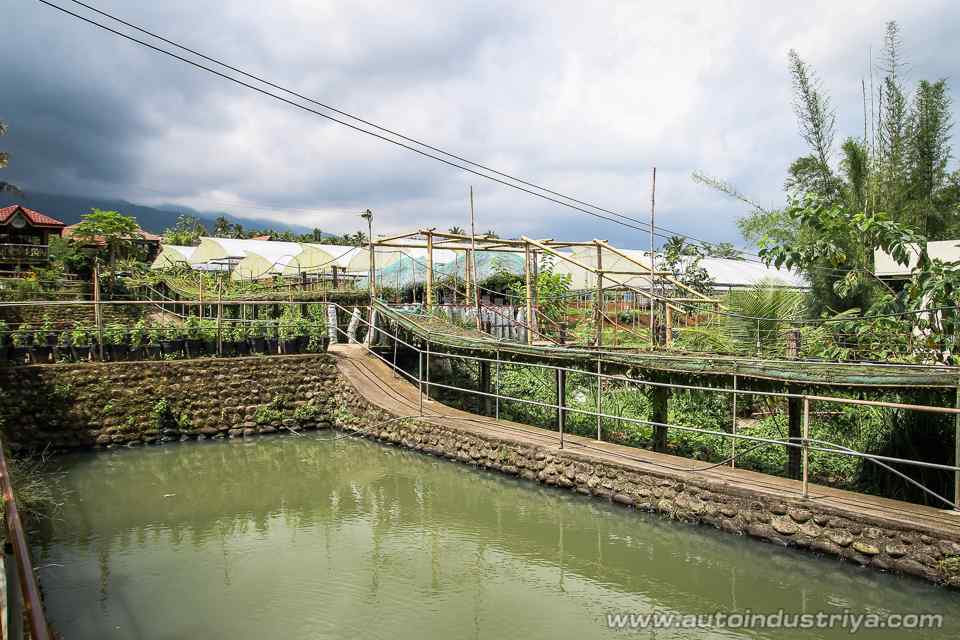 The layout of those ponds amidst the greenhouses was no coincidence. The set-up is actually reminiscent of something I read that preppers do: an aquaponics system. The idea is popular among those that work to be prepared for any cataclysmic global event as a fully cyclical food supply.

The tilapia, each of which can be easily prepared into a quick and filling meal for a family, enrich the water they swim in with their -uh- bodily expulsions. Their presence naturally makes the water rich in microbes and nutrients, and it is then used to irrigate the crops. The plants absorb all the natural fertizer in the liquid to help them grow, bio-filtering the water back to its clean state to be sent back into the tank, and the process starts again. It's really an ecosystem, and a clever, self-sustaining one at that; all natural, all organic.

Personally, I've always wanted to see an aquaponics-style bio-filter system up close; preppers tend to use a series of fish tanks and plant boxes, but this is thousands of times larger. 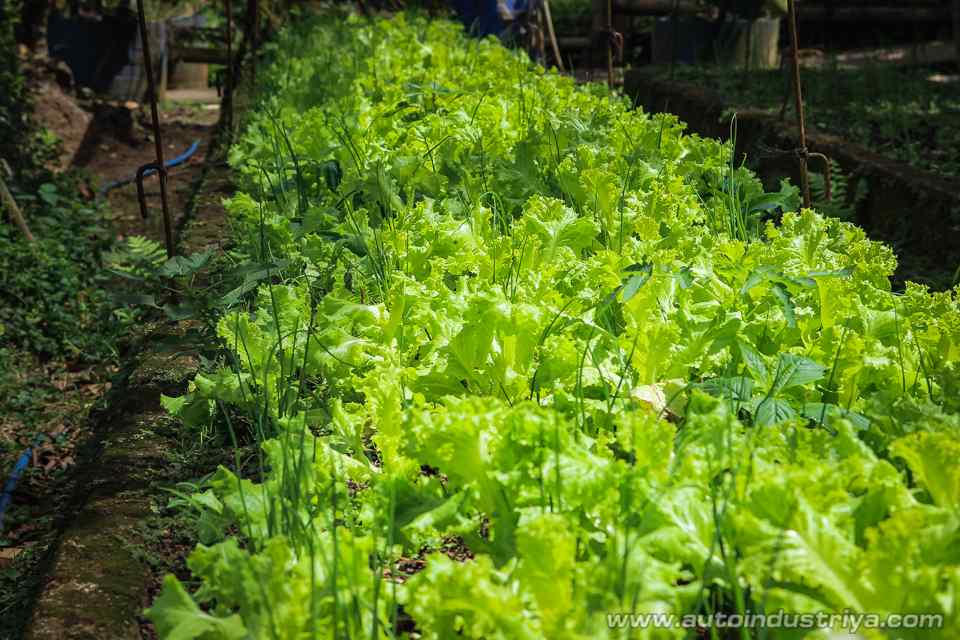 Lettuce: The Order of the Day

As we walked up, the farm had a lot of varieties of crops such as vegetables and fruits; pomelo, dragon fruit, berries are just to name a few. But clearly the farm favored one crop in its many varieties: lettuce.

Ice lettuce, romaine, and all other kinds of this salad green grow at Costales. According to our very helpful guide, lettuce is the most in-demand crop right now for the farm. Now while some may think that CNF is some kind of big, 8-acre experiment or agri-tourism showcase, it really is a working farm, and the key to a facility like this is producing the right kind of crop that generates them income. In this case, it's the ever-popular lettuce. 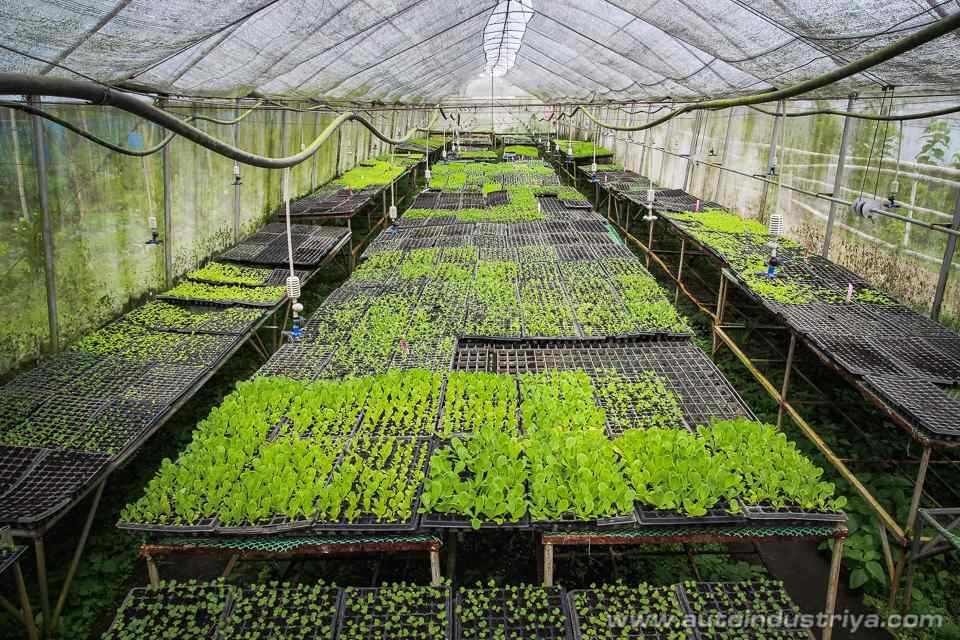 We walked into the nursery, and hundreds if not thousands of seedling trays were arrayed all the way to the end. And each tray contains 105 seedlings, each of which spends 15 days in here, after which they're transferred into their respective greenhouses to grow for another 30 days. From planting to being ready to eat, each lettuce takes just 45 days.

In gardening terms, that's quick. More importantly it's all organic as there are no chemical pesticides used here. The farm's solution was rather clever: they used the natural tendencies of insects.

According to our guide, most insects are attracted to strong colors and scents, so they put up Cosmos flowers to attract them to a certain area away from the precious crops. They also used plants like citronella to repel certain insects, though judging by the size of the mosquitoes I saw buzzing nearby, they weren't working very well. We even saw fly-sized mosquitoes with yellow, tiger-like patterns. If you ever visit CNF, wear pants and bring some kind of insect repellent. 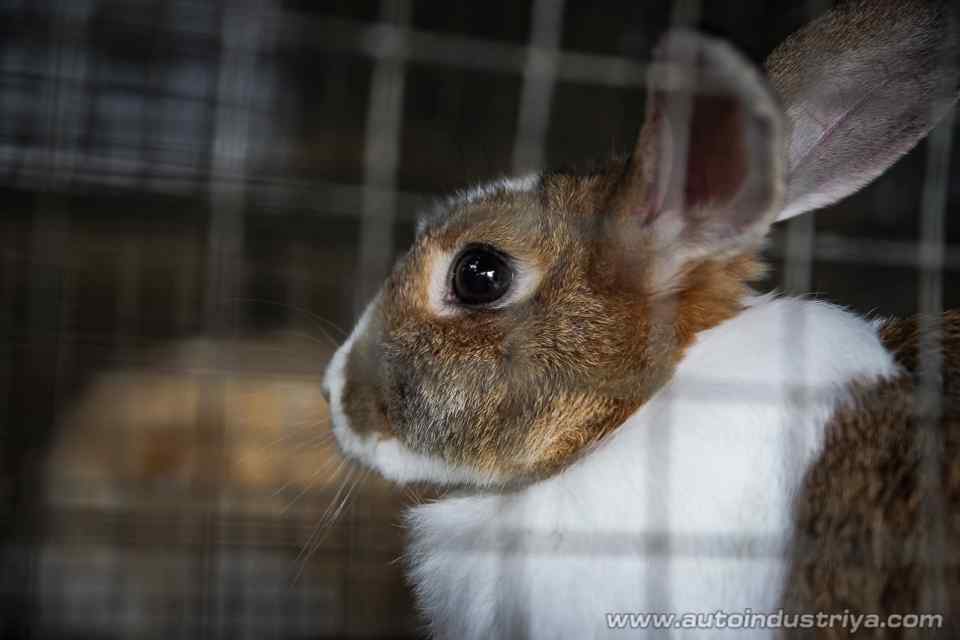 The other part about being organic is natural fertilizer. Our guide took us to a shed where they had hundreds of rabbits. The rabbits were housed about 3 feet off the ground to, well, harvest their droppings. We were told that they grow a worm called the African nighcrawler in the collectively collected (and pungent) droppings. These worms produce something called vermicast, which is very potent type of natural fertilizer, something that the many crops most definitely love.

And their all-organic formula works for them. This farm produces 20 tonnes of lettuce per month; that's 20,000 kilograms. And they produce it for big companies like Dizon Farms; yes, if you bought their organic lettuce, there's a good chance it's from right here in Costales. 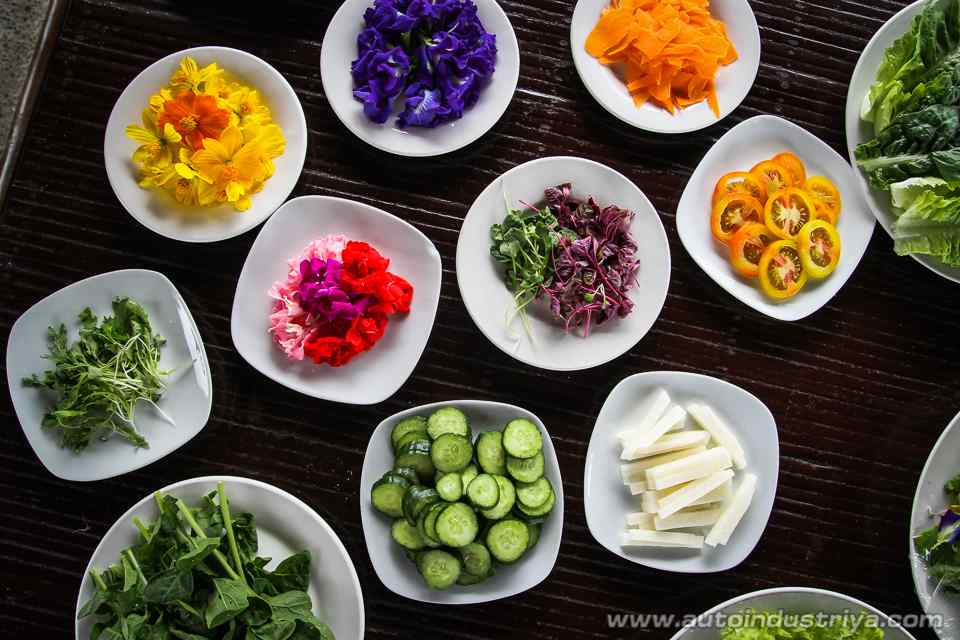 Greens For Lunch... Sort Of

We actually wanted to go around more and check out the other crops and their area for ducks, turkeys and three varieties of chicken -common, black, and one more version that I can't remember the name of- but the rain started to come down, and so we made our way back to the hut for lunch.

The tour package, called The Green Salad Tour, includes an unlimited salad set per person. To be perfectly honest, my idea of salad involves just lettuce, maybe a few slices of tomato, a ranch or caesar dressing, parmesan cheese and lots of bacon bits. But their idea was a lot more organic. 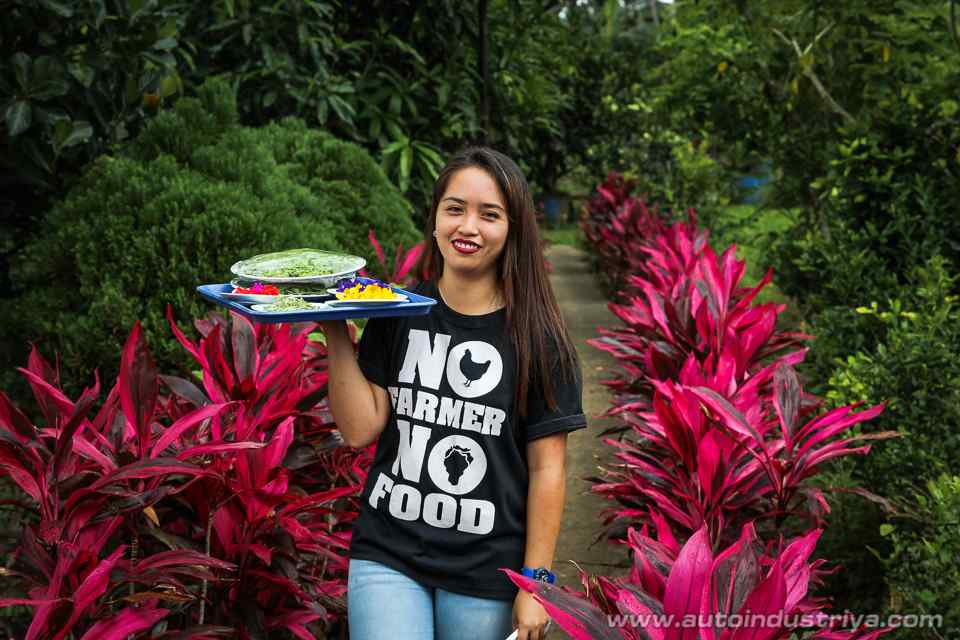 They brought plates of mixed lettuce, the very ones that we saw being grown, along with what looked like several varieties and colors of leaves and even flowers. Yes, flowers. They assembled what looked like a veritable bouquet that -honestly- many men wouldn't think to be edible, but it was really quite delicious, particularly with their special home made blend of vinaigrette. This, perhaps, is a fitting end to our mid-morning at Costales Nature Farm.

Inspiring is perhaps one way to describe it. That there exists a farm within (a fair) driving distance that places a premium on being as sustainable as possible and being as ecologically-responsible as can be, all while growing premium, 100% organic produce is surprising. And if anything, I've picked up a few pointers on how to work on our own garden back home. 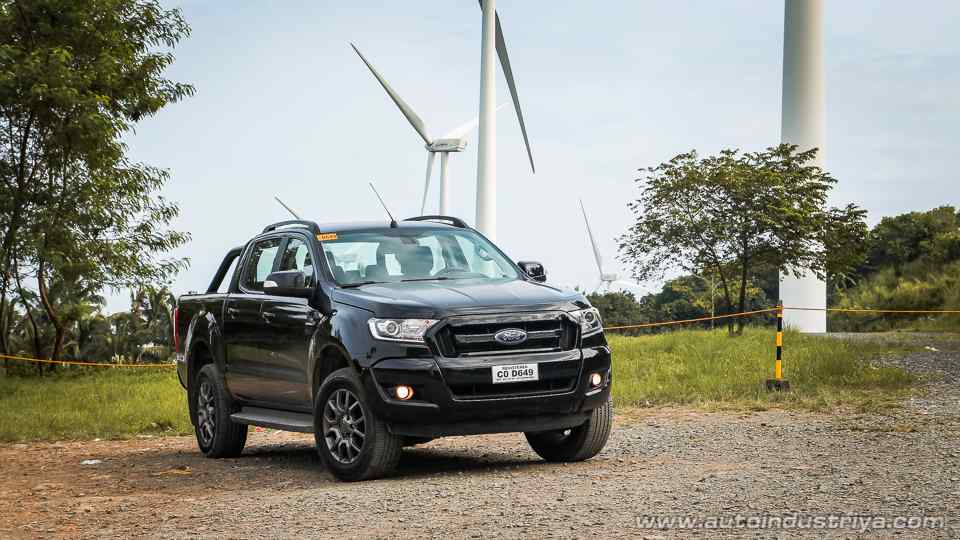 Personally, I feel refreshed, and ready to hop back into the Ranger FX4 and drive home with a mind full of experiences and a camera full of colorful photos, but I have a feeling that a salad -fresh and organic as it may be- just isn't going to cut it for another three hours on the road. Thankfully here comes our guide one last time, carrying my actual order for lunch (or a late brunch): local longganisa fried to crisp perfection, two eggs, and rice.

Lucban, after all, is just next door.

Autoindustriya's #eatsipdrive team decided to pay their respect to the iconic HP. No, not Harry Potter, but Harrison Plaza.

Driving the Boss: a Chauffeur's roadtrip with the Jaguar XJ