Many of us remember the time before Uber and Grab.

We know all too well the frustration you'll feel when waiting at a street corner trying to hail a cab, and when one does stop, he won't open the door. No. He'll open the window first to ask you where you need to go. If he doesn't like it, he'll move on to the person behind you, so on and so forth until he finds a trip he likes. 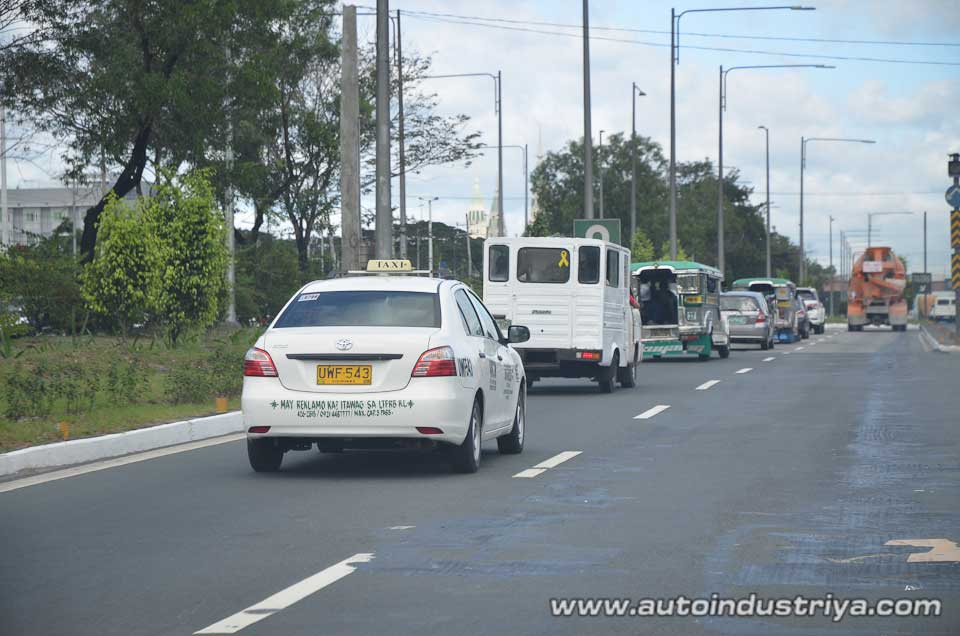 The taxi drivers have complete power over you and you're utterly helpless, and to think that Metro taxis are required by law to not refuse fares and take you to any point of Luzon. And it only gets worse if it's raining, if it's rush hour or, heaven forbid, it's 5:00PM on a raining payday Friday. 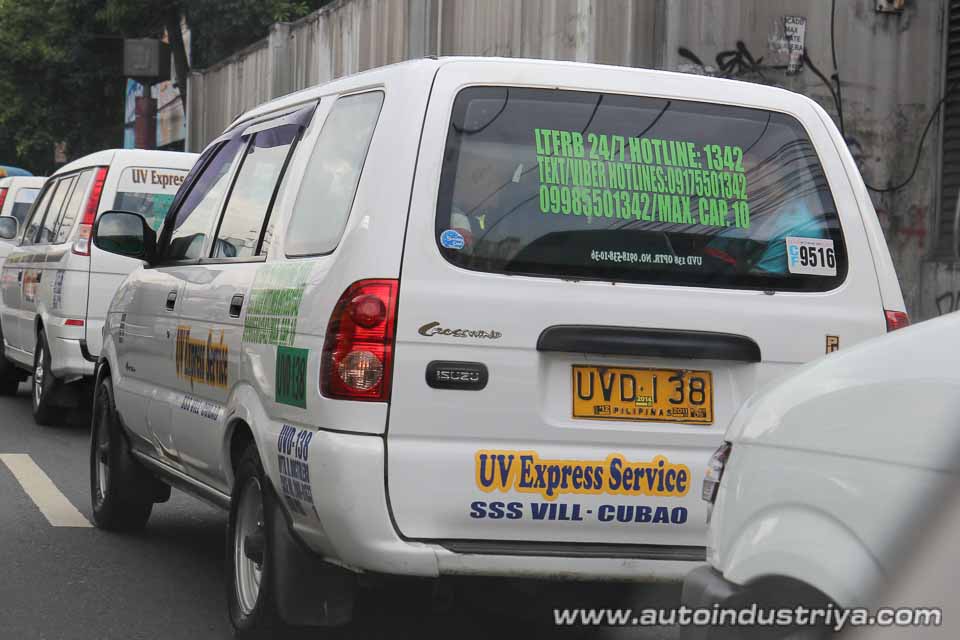 Some may say that there's that LTFRB hotline (including a new Viber hotline) plastered all over the taxis and all PUVs in the country as a means of recourse for commuters, but that's a pointless refuge for one of dozens on a sidewalk trying to hail for a cab. Interestingly enough, in 2014 before the use of Uber and Grab was widespread, the LTFRB says they got 10,000 complaints via their hotline, e-mail, and Twitter. 70 percent of them were about taxis, and a majority were about drivers refusing to carry passengers.

From that frustration and hopelessness rose Uber and Grab, and it's easy to see why. You book your own car from the convenience of your smartphone. Being able to hail a ride that's sure to arrive and that's sure to take you where you need to go is, simply put, bliss for an urban commuter. 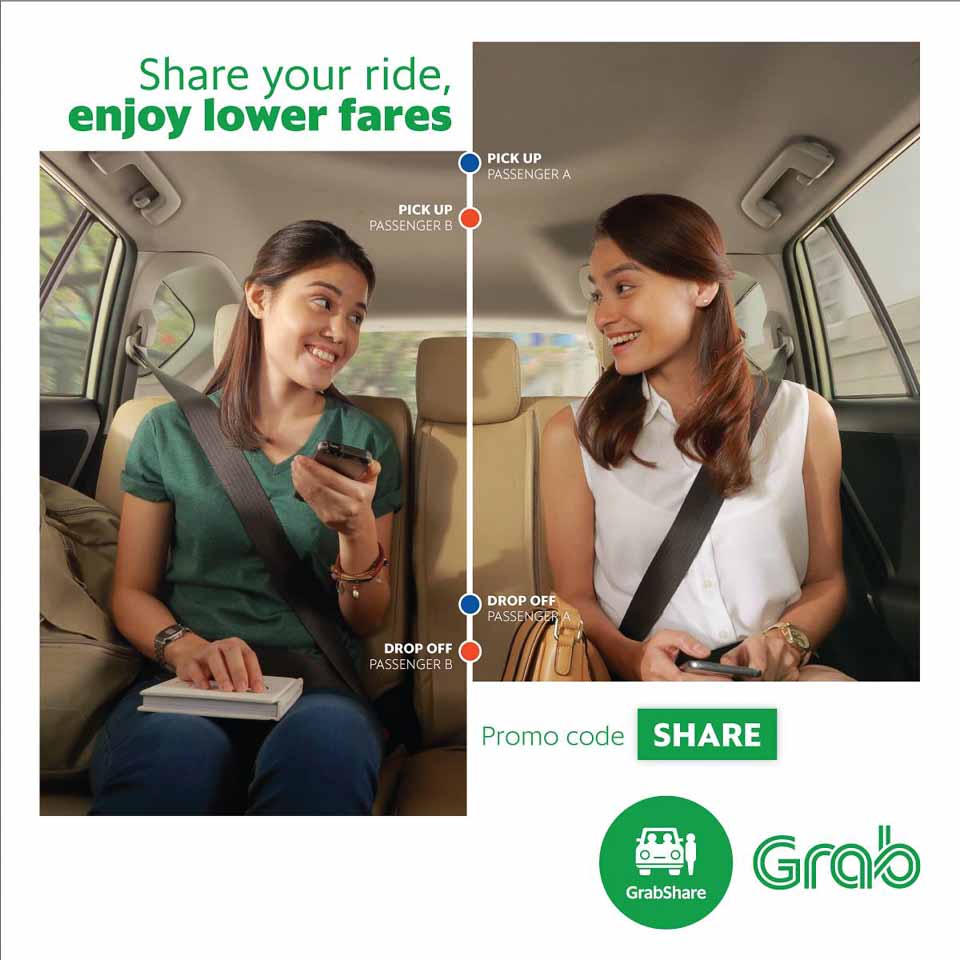 Suddenly, the tables are turned. You no longer have to deal with taxi drivers. Yes, it costs more, but people are very willing to pay for a service that's prompt, sure to arrive, and sure to drive you. Uber and Grab give the savvy commuter a way to beat a system more flawed than the last Pacquiao fight.

But you didn't expect the taxi drivers and the taxi companies to take it lying down did you?

The transport groups had to urge LTFRB to get in on the action. While we hate to admit it, the latter has to; a land transport service was being provided for a fee, and there is no way any government will allow it to skate by unchecked by them, even if we trust it. 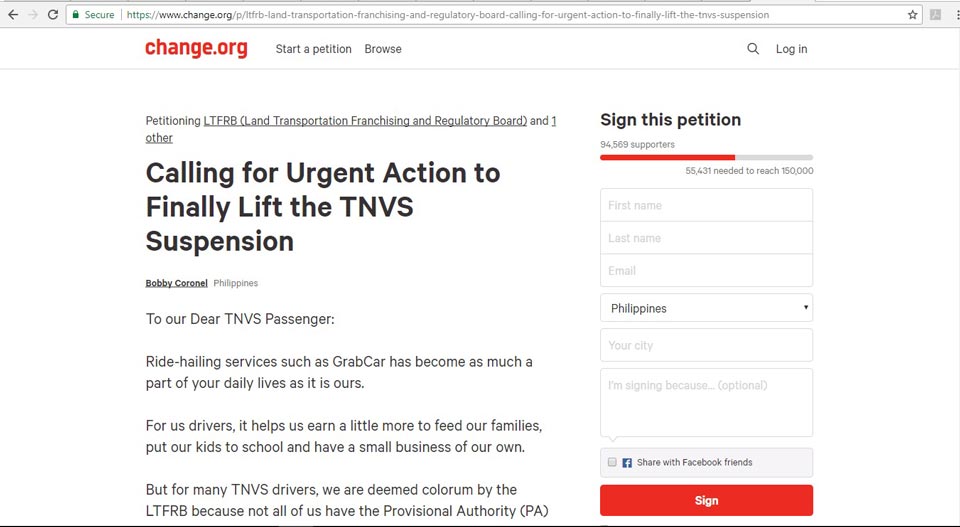 No matter how much we argue about the merits of Uber and Grab versus the demerits or downright boorishness of the taxi system, the latter has a say; a big one. The argument was sound: Uber and Grab, while technically I.T. companies, were facilitating private citizens to act as a paid method of transport. By the legal definition under LTFRB rules, that's colorum. And we know how vehemently the LTFRB goes after colorum.

But the LTFRB did make accommodations to allow for Uber and Grab, each now classified as a Transport Network Company (TNC) under Memorandum Circular 2015-16. Each driver that provided the actual transportation under the TNCs then became known as Transport Network Vehicle Service (TNVS), and the LTFRB issued guidelines for them to procure Certificates of Public Conveyance (CPC) under Memorandum Circular 2015-18; possess one and you're no longer colorum. All's fair. 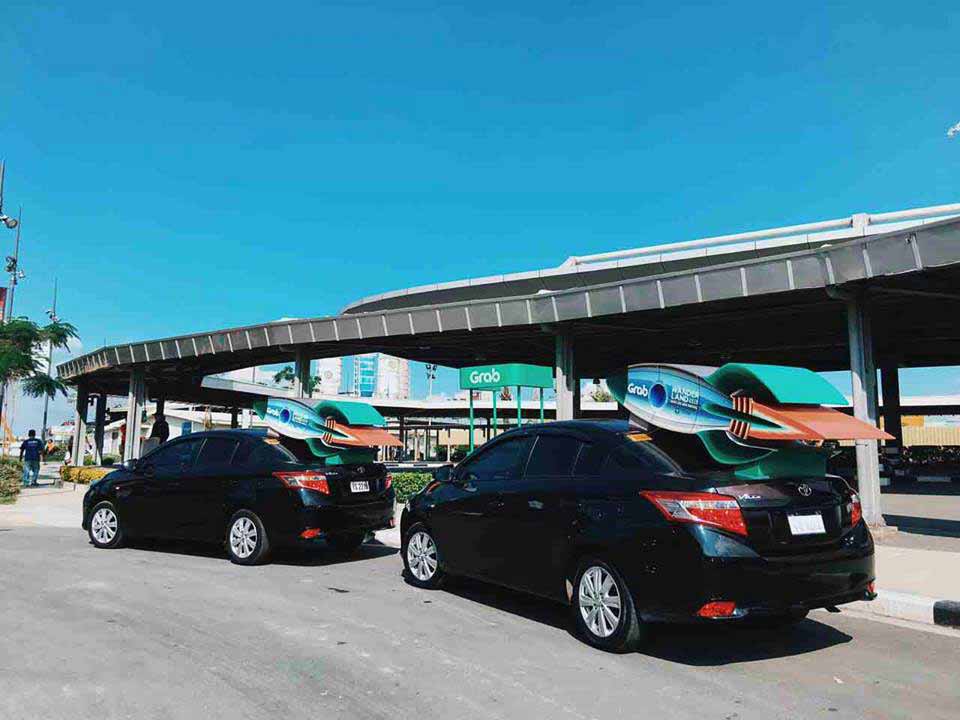 For a while, life was good. We could Uber and Grab all we needed, and it proved to be very useful. Personally, I like that they were permitted to pick up passengers at airports; no more need to deal with exorbitantly expensive yellow airport taxis. That was the biggest relief for any person who landed at Manila's airports. Grab even started having booths where you can book rides from the airport on the spot if you don't have mobile data or even a smartphone.

When I spoke with the many Uber drivers (I use their service most of the time) I rode with, many spoke of the opportunities brought about by the service to them. Every single one was able to supplant their incomes to pay for their kids' tuition fees, uniforms, books, and still have plenty left to make payments on the very car I was sitting in. It was much more than I can say for a cabbie that begrudgingly accepted a fare to take me to my house in the (not so) Far East with a “Tsk” every time we hit a little traffic. All that even when I agreed to an extra PhP 100 on top of the fare.

The party was good, but with it came what could be abuses of a new system. The LTFRB issued a suspension of new TNVS applications in July 2016, and that meant that no new drivers are allowed to join in. Instead of stopping the acquisition of new TNVS providers by Grab and Uber, they continued accepting drivers. And then came the fine. 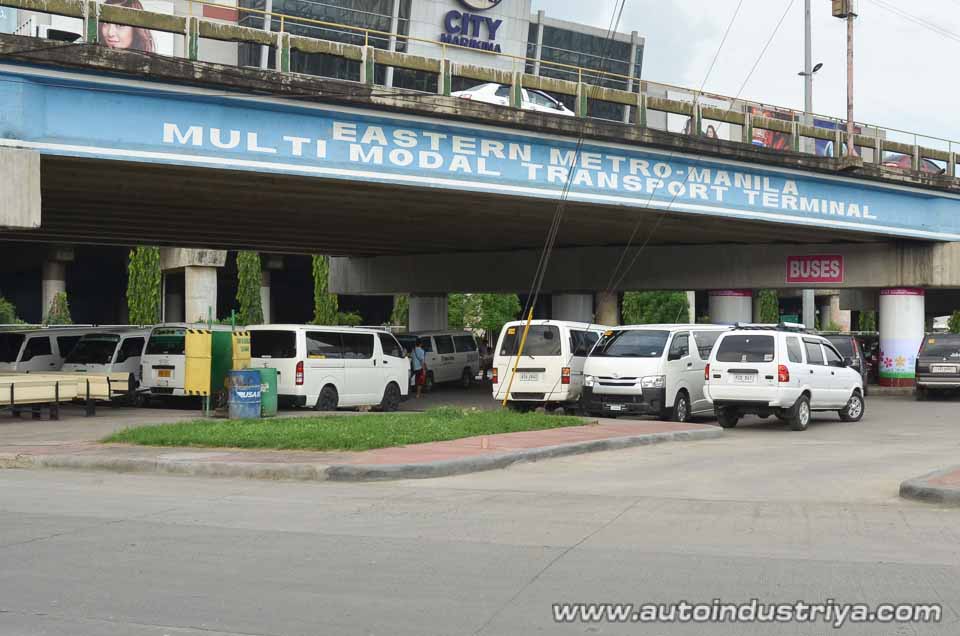 Each TNC was slapped with a PhP 5 million bill for allowing drivers into their system who do not have or were unable to procure a CPC. When we first learned of this, we thought 'how can the LTFRB hit them with such a fine when they themselves suspended it', but the numbers are rather glaring against the two TNCs: one report indicated that there were 56,000 accredited drivers under both systems combined. Now given that some drivers may have both apps on their phones, the number of actual drivers could be a bit less; 47,600 if we take out about 15%.

What was glaring was the disparity between those numbers and the approved TNVS drivers with a legitimate CPC or Provisional Authority (PA): the LTFRB says the total is about 3,700. That's not even in the same ballpark.

So yeah, there is a violation there. Even if the LTFRB did suspend the TNVS application process, the TNCs shouldn't have violated the memo that allowed them to operate. By doing so, Uber and Grab effectively authorized colorum, and they used the phrase “public demand” to justify it.

Now while so many of us vilify the LTFRB for what they do (and what they turn a blind eye to), they did get it right this time. Much like ignorance, public demand can't justify violating the rules. That's like being allowed to do business without the necessary permits, registrations, and certificates. Come to think of it, that's exactly what it's like.

Do I think the fines and ultimatums issued to the TNCs are justified? Yes. Absolutely. Dura lex sed lex (The law is harsh, but it is the law)

So the LTFRB did get it right, but at the same time they need to get the ball — the TNVS registration process — rolling. The difference between colorum vehicle (i.e. unmarked van services, buses with duplicated plates) drivers versus the drivers under Grab and Uber is that the former are avoiding paying the proper fees and securing the proper registration while the latter are willfully applying and registering. There's a massive difference. But there is much more to this than just that. 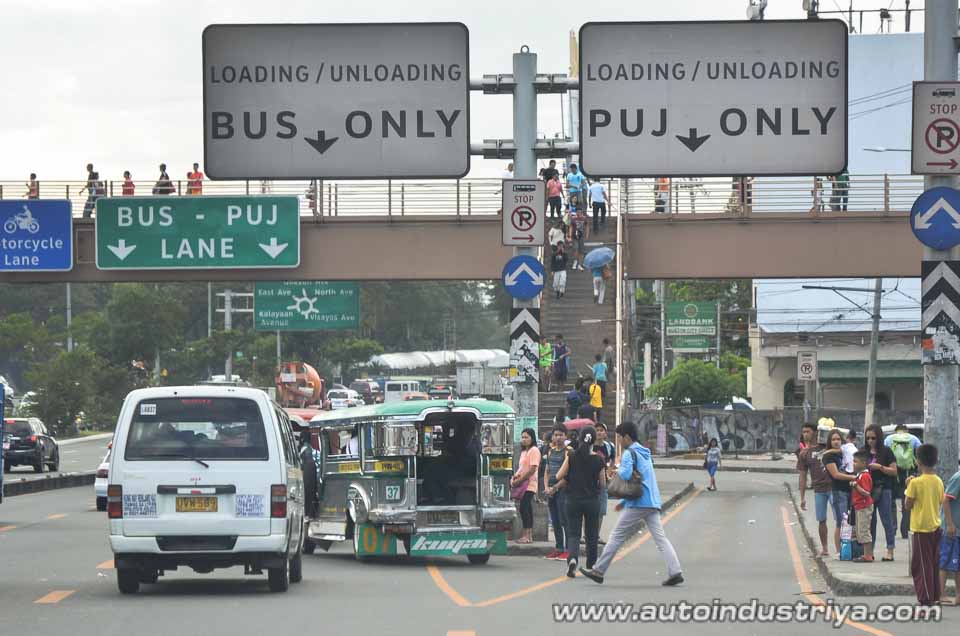 Now that the LTFRB banged its fist on the table and showed us its fangs, we challenge them to do the same for everything else under your purview. And it's not just about sorting out the system of applications, but to truly and sternly make riding public transport safe, accessible, convenient and accountable whether it's a bus, a jeepney, a taxi, a TNVS, a tricycle, or — heaven forbid — even a habal-habal.

To the LTFRB: You cannot enforce one rule to the letter without enforcing the others with the same diligence. You cannot turn a blind eye to complaints about taxi drivers refusing rides. You cannot allow buses to ply the streets without a proper annual inspection, especially the brakes. You cannot allow reckless PUVs to retain their franchises despite being so dilapidated or driven without regard for the rules and public safety. Those hotline numbers on the vehicles under your jurisdiction have to start meaning something real to the riding public instead of just a waste of paint. 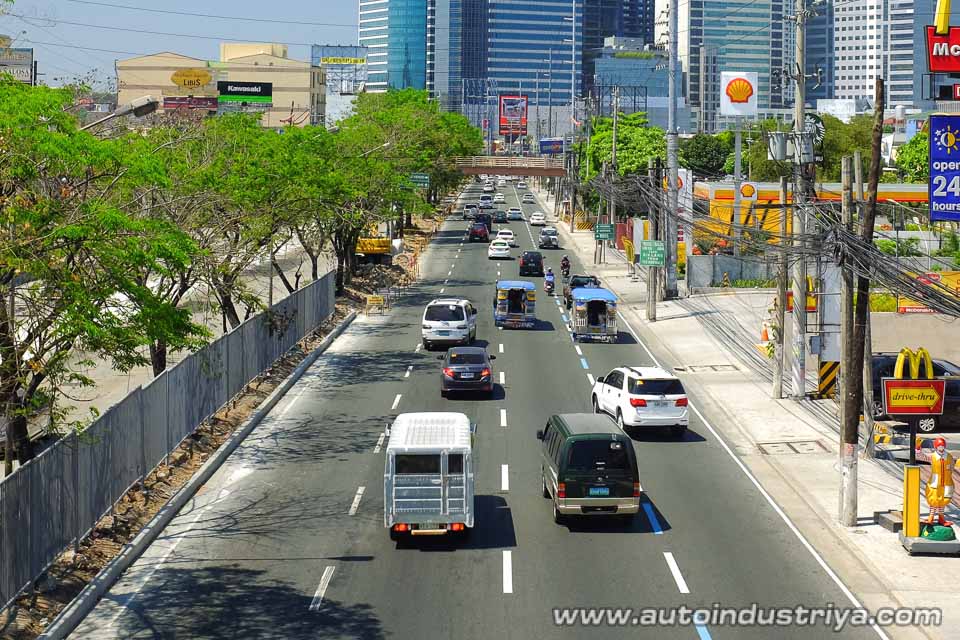 The challenge now for the TNCs is clearing their systems of TNVS drivers who are operating without a CPC or a Provisional Authority (PA) and to not exceed the rules. It's never a good idea to get on the bad side of a government agency when they're in the right; once they find some kind of non-compliance, they'll keep slapping fines until you comply. That's just the way it works. It's a bitter pill, but it has to be swallowed, regardless of insistent public demand.

Uber and Grab are doing a great job of setting an example of how good, how easy, how safe, and how transparent riding in the Philippines can be. They just have to stay within the rules to continue setting that good example, instead of being made one.

Plates, Trains, and Automobiles: On the road with DOTr's Leah Quiambao

Number Coding: The Temporary Made Permanent

After 22 years, can coding still keep the house in order?