Driving on our uncivilized streets

Carving through Sierra Madre with the Ford Everest

Welcome to the Philippines, 2019 Hyundai Accent

There are two places where we can go to see the animals. One is a zoo, the other is the wild.

Many of us have been to a zoo at one point or another to marvel at animals like bears, elephants, alligators, hyenas, leopards, snakes, tigers and lions. Zoos are places where rules, boundaries, and order are diligently enforced by figures of authority, and with good reason: the safety of everyone inside, including the animals.

Whether it's the tundra, the swamp, the desert, the savannah, the rainforest, or the jungle, the wild is where we see these very same animals in their natural habitat. It's a marvellous sight to see, but unlike a zoo, there are no cages, no barriers, no safety nets, no rules, no order other than what comes naturally. Instinctively.

But despite our best efforts to be the former and to live, breathe, work, thrive and drive in a place where there is a distinctive order, a respect for the rules and courtesy, we seem to have found ourselves living in the jungle instead.

Day in and day out, we all have to venture from the comfort of our homes out into the wild that is our streets, all to get to where we need to be. The jungle is what stands in our way to get to school, to work, to doctor's appointments, to recitals, to business meetings. Simply put, it's in the way of our lives, and there's no way but through.

We like to think our streets are civilized, but really, they aren't. If anything, it's savage out there.

For one, incidents of road rage are no longer fights where all parties -regardless of who was wrong or right or both- can all go home to mend their cuts and bruises. Someone usually winds up in a hospital, or worse, in a casket.

Just last week, a motorcycle rider and the driver of an SUV likewise figured in an altercation of their own, no doubt the result of road rage after the two supposedly squeezed each other in traffic. Regardless of what actually transpired or who was in the right at the time, one thing is certain: a motorcycle helmet was not intended to absorb bullets.

You don't even have to be in an incident of road rage to be in danger; you could literally be just a passenger on a bus to meet the same fate. Just two weeks ago, a driver lost control of the bus he was maneuvering around, all while carrying schoolchildren on a field trip. 15 didn't make it; a toll that they attributed to the usual culprits: the loss of braking power. 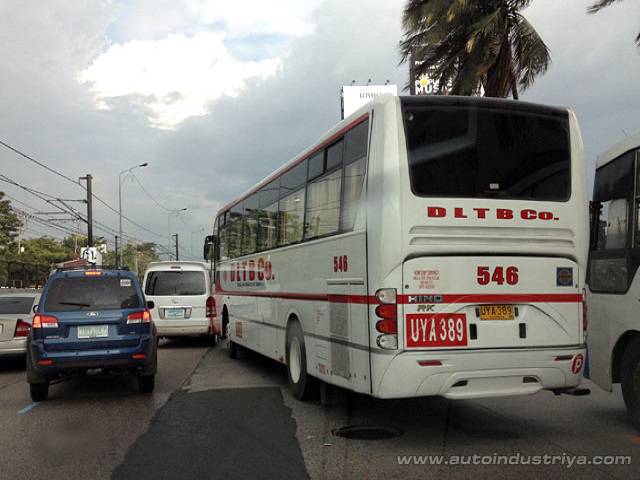 This was the latest addition to a long list of buses that crashed because they lost their brakes. If they were properly maintained or if the LTO and LTFRB had performed their duties by conducting proper inspections, so many people could still be with us today.

But a large part of our frustration has to do with the jeepneys, especially given the way they're driven. They stop where they please (or where the passenger pleases), disregarding so many signs barring loading and unloading. Sometimes they counterflow, disregard red lights, block intersections and entire roads even if it has multiple lanes, all to pick or drop off a passenger, causing more traffic for those behind. Some are driven fast, sometimes even weaving in and out of lanes at will, all to get ahead of other jeepneys. Many are ill-maintained and driven with worn out tires and with thick plumes of black smoke and soot spewing out the tailpipes.

Yes, once upon a time the jeepney was the symbol of the innovation of post-war Filipinos by converting surplus jeeps into colorful public transport vehicles. The war, however, ended over 70 years ago and today the jeepney “system” (if we can call it such) is very inadequate and inefficient, if not hopelessly outdated. And dangerous.

Two incidents struck close to home for us at AutoIndustriya.com. Just the other day (Sunday, March 5) an SUV was properly crossing an intersection when the light turned green, then out of nowhere a jeepney just barreled through the intersection perpendicular to the SUV. What resulted was a massive T-bone and not of the Salt Bae-kind.

The excuse was the usual: he lost his brakes and/or wasn't able to brake in time. We've uploaded the dashcam video (bottom) for you to evaluate for yourself. Perhaps what was more alarming was that the SUV was driven and ridden by a group of senior citizens, two of which are the grandparents of Jose, one of our writers.

Thankfully none aboard the SUV were seriously hurt, as the safety features of modern vehicles protected them from the impact, but what if there was no body shell protecting you? What if it was a kid on a bike or a family crossing the pedestrian lane?

That was the case when another one of our writers, Marcus, also had a run in with a jeepney. Just last Saturday (March 4, 2017) he was crossing a street (on a pedestrian lane) in his neighborhood in Marikina when a jeepney knocked him down. Apart from a few bruises, Marcus is fine, but the jeepney sped off, making it a hit and run. The driver and the jeepney were quickly tracked down and made to pay for the medical bills. Marcus was lucky, but what if someone else wasn't as fortunate to walk away from such an incident?

Some may argue that these views are anti-poor and that the actions of a “few” drivers shouldn't reflect on the whole, and we respect those views, but they shouldn't be excuses to allow the blatant disregard for road and passenger safety, as well as the impact on traffic and the environment. If you think we're exaggerating, open either YouTube or Google and enter "Jeepney crash" as the keywords in the search box.

Perhaps it's time we realized that the jeepney is well past its prime and effectivity and must be phased out in favor of something better; by better, we mean modes of transport usually found riding on rails on, above, and under the ground.

Infrastructure, however, takes a lot of time to build. In the meantime, our only recourse is to ask the government to exert better control over the problems stemming from our outdated jeepney system as vigorously as they pursue the narcos.

Unless something is done and done quickly, a jungle our streets will remain, all while the animals continue to roam as they please.

Fixing the Anti-Distracted Driving Act's IRR: A Day with the DOTr

Carving through Sierra Madre with the Ford Everest

Welcome to the Philippines, 2019 Hyundai Accent

How loud is 99dB versus other common sounds?

The LTO has strict requirements for car exhausts and the sound volume they create. Is yours too loud?