The prospect of buying a used car can be an exciting one. Just imagine, you're about to pick up a car for much less than retail, and the options are wide and possibilities are endless. Even the car you thought you couldn't afford is starting to look well within reach.

It's easy to get carried away with the hundreds of second-hand cars you see online for sale everyday. Sure, it looks shiny in photos and the description sounds rosy, but remember, all that glitters isn't gold. What you may originally thought as a bargain could actually be more of a polished pile of...well, you get the picture.

Some sellers will go to great lengths to hide faults and defects. Here are subtle hints that should make you walk away and go look for a better deal elsewhere.

Badges are typically placed at precise spots on a car's panel. If you see there's something off with its location, that could mean a few things.

That particular panel could have been repainted at some point in its life. Now that begs the question, why was it repainted in the first place? Did it meet an accident in the past and they tried to hide it by sticking on the badges as best they can? Sure, the paint won't be shiny forever but if a 2-3 year old car is already showing misplaced badges, keep your guard up. Dig deeper and check panel alignment. If it's off, walk away, more so if the seller suggests that the car's body has never been touched.

Does the condition match the mileage?

There are a lot of used cars out there that claim they have low mileage. Sure, it says that on the dashboard, but is it for real? If the interior is scruffy after about 3 to 4 years, that should be some cause for concern. It's the same if you start seeing some faded paint on a relatively new car. No car that young should look like it's weathered a decade of rain, shine, and extreme heat.

But let's say the mileage you see really is genuine. You have to wonder what kind of treatment this car got for it to look the way it is in a short amount of time. Then there's the matter of testing it out and if you hear some clunks and odd noises even with the claimed low mileage, it's one or two things: The mileage has been tampered, it led a very hard life in a short amount of time, or both.

It may sound like a minor thing but inspecting a used car after it's been warmed up isn't a good sign. Why you ask? That's because heating up a car prior to being checked out can hide a couple of things.

For instance, it can hide the fact that it struggles to crank up when the engine is cold. You also won't see how quickly the temperature rises from a cold start. Noises and vibrations could have been quelled by the time the engine reaches its ideal operating temperature too, meaning you won't hear or feel any of the things we mentioned when you poke around it.

When we say use most of your senses when looking at a used car, we mean it. Of course, the sense of taste doesn't apply here but you do have to use your nose.

If something doesn't quite smell right in the car your checking out, it's either it was flooded at some point in its life, food spillage, or even a little accident with, er, bodily fluids. But aside from that, it could also mean that there's something going on the vehicle's air-conditioning system or cabin air filter.

On the flipside, if the car is jam-packed with air fresheners and whatnot, you have to wonder what kind of odors the seller is trying to mask.

No test drive, no sale

You must always take the car out for a spin before you even consider purchasing it. The moment the owner refuses to let you drive the car, or even be a passenger in it, that is a huge red flag. It's even worse when the seller won't even let you even start it. If they won't let you drive it, how will you even know what it's really like? Don't settle for a test ride as the next best thing. It just won't be the same.

We understand that there have been cases of cars getting stolen during the test drive, but selling a car has its risks, and this is one of them. On the side of the seller, if you're not comfortable being alone with the potential buyer in the car, bring someone along or do anything to have peace of mind. 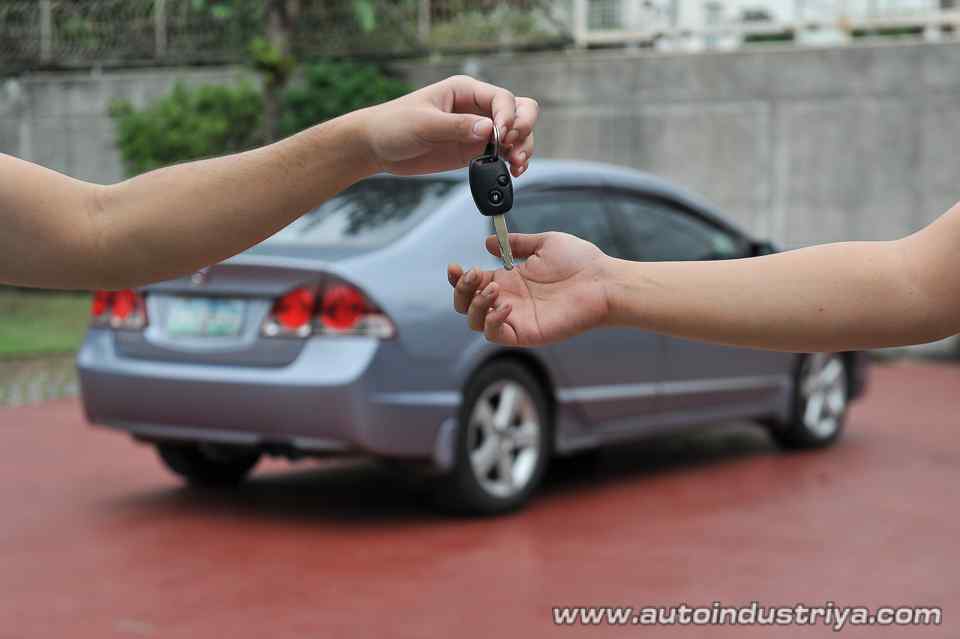 Buying a used car doesn't have to be a harrowing experience. When you're on the hunt for a second-hand bargain, always keep your senses peeled. The smallest detail you see could be the difference between a sweet deal and a daily nightmare.

And remember, if it's to good to be true, it most likely is.

Five mods that could harm your car...and yourself