The only time I am able to effectively avoid road traffic is when I stay at home. I have cursed myself a lot of times for deciding to leave the house to go elsewhere (out of necessity and for work-related reasons), especially during the last Christmas holiday. I mean, I always mutter “I should have stayed at home, or worked from home”. The problem is my work entails me to go out and ply EDSA to clients. I suppose this dilemma is shared by many. We road users do not need to know the exact statistics about our road networks, commuting population, volume of vehicles to know the underlying causes of our traffic problem. Did I mention already that the sales in automobiles are at an all-time high too?

Well, Metro Manila has the worst traffic in the world. Says who? Says me. And says Waze.

The Global Driver Satisfaction Index from Waze (a Google-owned traffic and navigation app beloved in Manila), Manila has the worst traffic in the world. The conclusion was culled from data gathered from 50 million users in 32 countries and 167 metro areas. Waze put Manila dead last. On a scale of 1 to 10, with 1 described as “miserable” and 10 being “satisfying,” Manila scored a 0.4. Well, we cannot blame those who think that granting emergency powers to the President might finally solve our traffic woes fast like a magic wand.

As far as I am concerned, the proposal of Transportation Secretary Arthur Tugade to grant the President emergency powers is a welcome solution. Even the Makati Business Club supports this proposition. There has to be a drastic change in how our traffic situation is managed. I have read that former President Gloria Macapagal Arroyo (now Congresswoman) is in fact proposing a bill in Congress to grant emergency powers to President Duterte too because the traffic situation in the Metro “impedes progress and leads to a situation where billions are lost daily in fuel cost, man hours and opportunities.” Depressing, isn’t it?

However, I can think of a number of solutions that can be implemented by the government, the riding public, drivers and automobile owners alike in order to make a significant change in our daily traffic situation. If you noticed, I am not only pinning my hopes on the government’s action alone for change to come. I recognize that all stakeholders must do their share. Ripple effects can go a long way. Anyway, here are nine proposals: 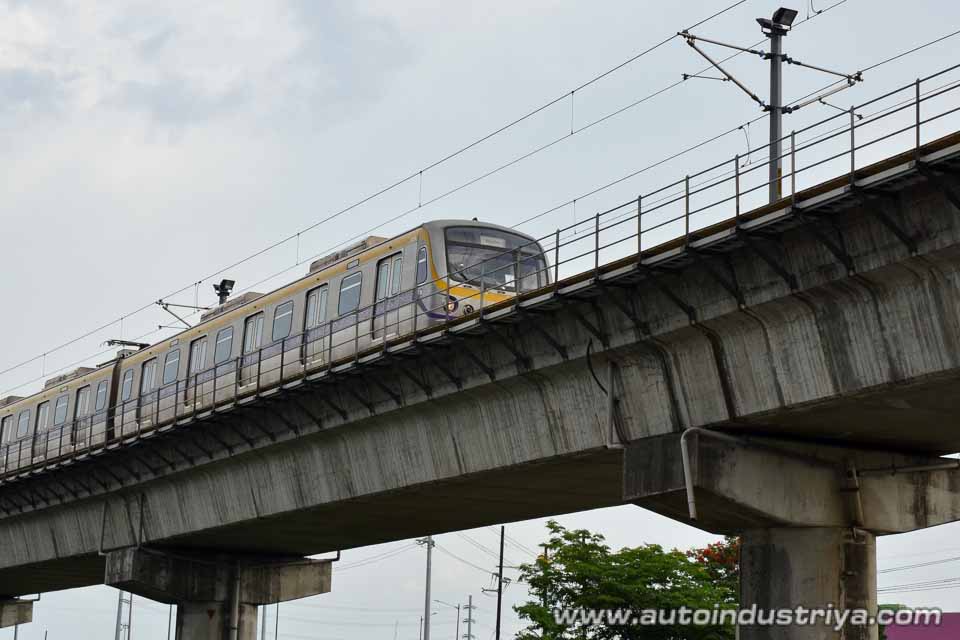 The daily traffic in epic proportions and the disparaging results of this can only be attributed to the lack of a proper and adequate mass transport system in the country. Any modern society faces the imminence of traffic congestion regardless of the continent it is found, just think of Los Angeles or Mumbai. Although the MMDA, LTO, and other local government traffic management bureaus have used various tricks in the book from UVVRP (Number coding schemes), truck bans, metal barriers during BF’s time to APEC’s leftover plastic barriers that treat us like sheep, cattle or a brainless herd, there is simply no escape in sight from traffic congestion even with all these schemes… or is there?

The success of app-based, ride-hailing Uber and Grab services magnify the dismal lack of an efficient public transport in the country. If we only have an efficient rail way system like in Japan or Singapore, even foreigners or tourists in the country need not pay more as by taking a cab, Uber or Grab, if only taking public transportation will take them to their destinations faster, safer and cheaper. If there is a major transit infrastructure, we can decongest traffic. 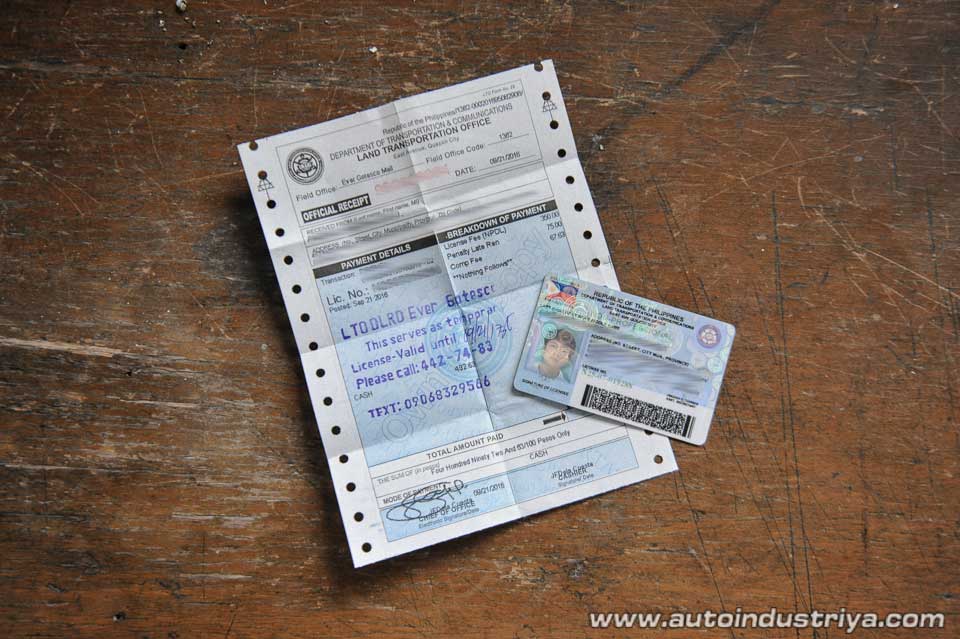 There are two basic things that give an individual mobility on the road. A driver’s license and a vehicle. Simple enough? Not quite.

A driver that has been educated on the perils off and on the road would be more cautious and safety-conscious. A no-nonsense implementation of penalties whenever a traffic law or ordinance is violated would deter callous or complacent drivers. Driver education is paramount to road safety and discipline. Maybe the passing score for the licensing test (written and practical exams) should be increased to 88%? One accident alone or a driver’s error can cost many lives... I say we should set our standards higher. Much higher. 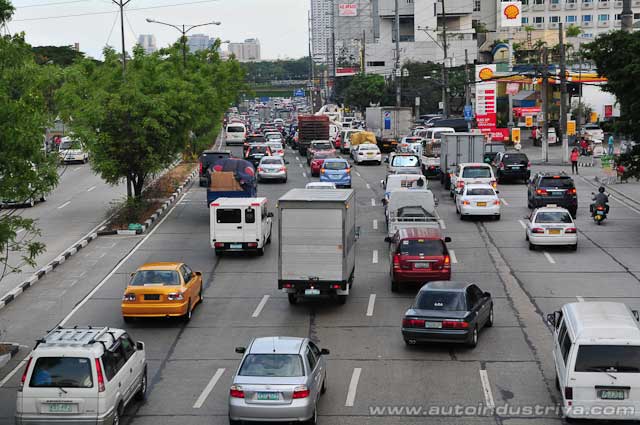 Only road-worthy vehicles should ply the streets

This proposal does necessarily mean that only recently-bought vehicles should be allowed on the road. Those vehicles with broken tail lights, headlights, colored signal light other than regulated should be taken off the streets. A smoke belching vehicle that fails the smoke belching test the third time ought to be decommissioned. This is necessary because 85% of air pollution in Metro Manila comes from vehicles. Don’t we have a right to a balanced and healthful ecology, err clean air to be specific? 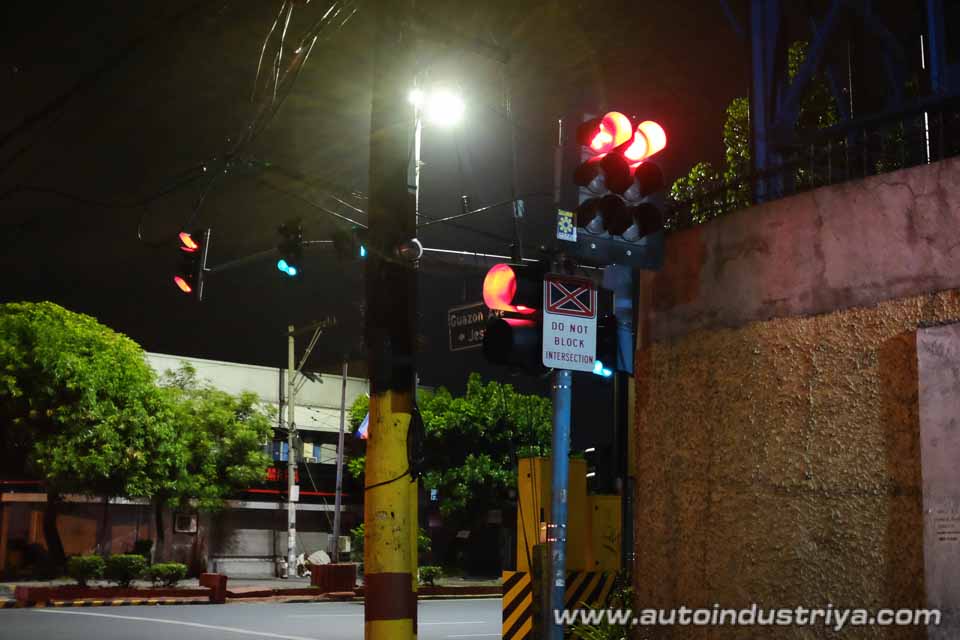 Our traffic lights should be coordinated or synchronized. Even the newly-installed traffic lights in Makati sometimes are not synchronized with the pedestrian crossing lights. Traffic Volume Sensors should be installed, as well as traffic cameras to apprehend traffic violators, and to determine traffic areas in order to relieve traffic congestion.

Real time GPS information technology is available today. The government should develop apps similar to Waze. Comprehensive Street and Road signs should be installed, especially in Manila. It would not hurt to reassess signage positioning vis-a-vis proximity to intersections and density. 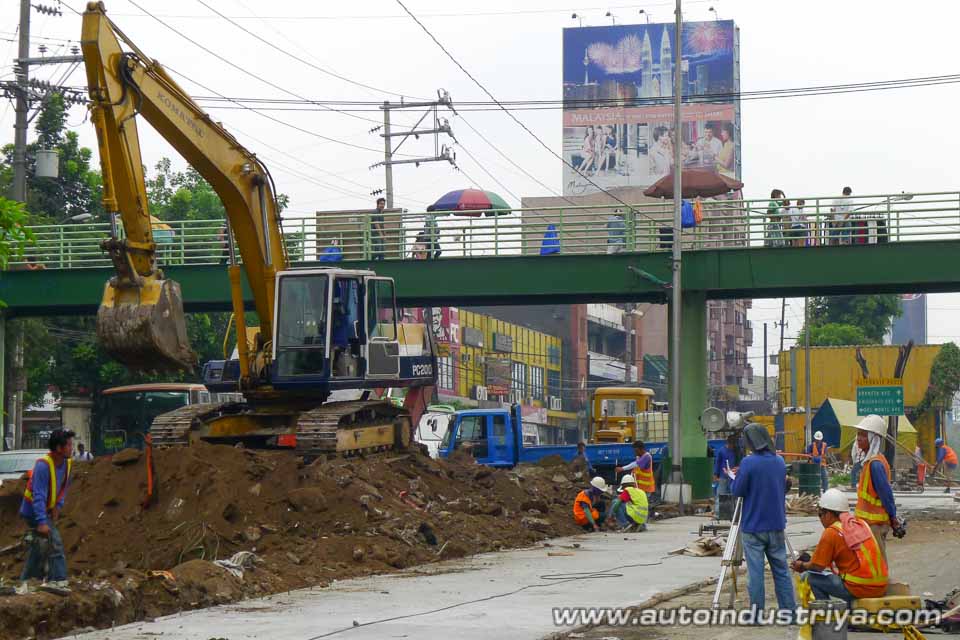 Coordinated road expansion, canal drainage, drillings on the road including pipe laying, construction of additional bridges and vertical parking structures should be provided. Vehicles parked on secondary and teritiary roads should not be tolerated anymore.

Metro Manila has only 1,032 kilometers of roads or 3.5% of the total 39,370 kilometers of roads nationwide. The National Capital Region has only one kilometer of road per 424 vehicles. Adding at least an initial 3,000 kilometer capacity (then doubling it soon thereafter) inclusive of bridges leading to and from Metro-Manila to the nearby provinces, and the highways should be planned. Extra bridges for the purpose of taking vehicles out of certain congested or choke areas faster than they can come in should be considered. We see this in most developed, highly dense cities like in Korea. An example is the Mall of Asia (MOA); when a big concert event happens in the area, the traffic reaches all the way to the entirety of EDSA. 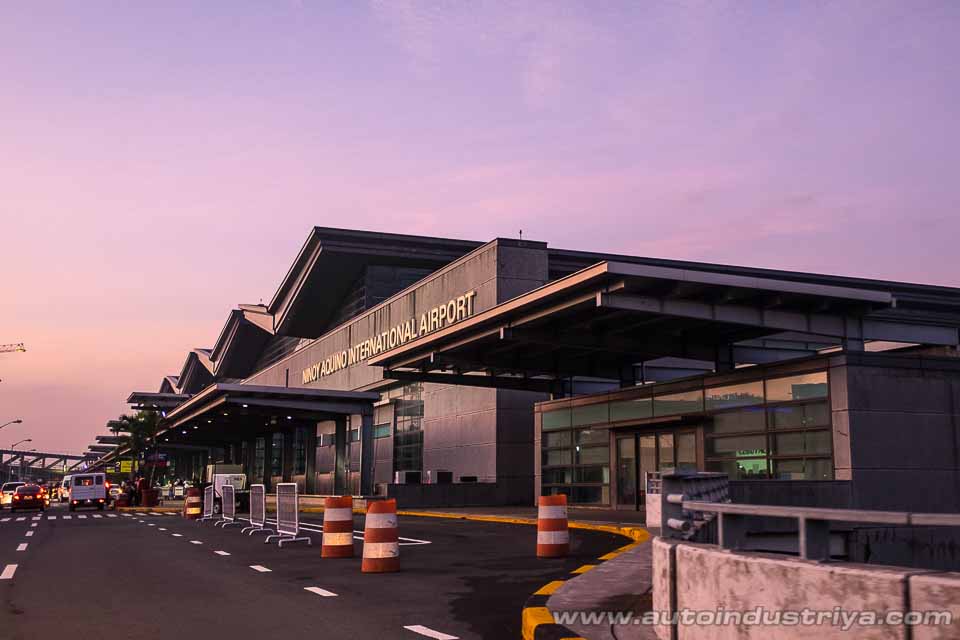 Although this is self-explanatory, it is worth mentioning that this has been the advocacy of the Road User’s Protection Advocates (RUPA). In other countries, international airports are located away from the metropolis. Our domestic airport can remain at its current location in Pasay. RUPA also urges the current administration to look for alternative engineering solutions to alleviate the bottleneck of vehicles in “traffic magnets” such as shopping malls and commercial establishments. On a minor note: the government should also look into a school’s population density and match the same with enough road network . 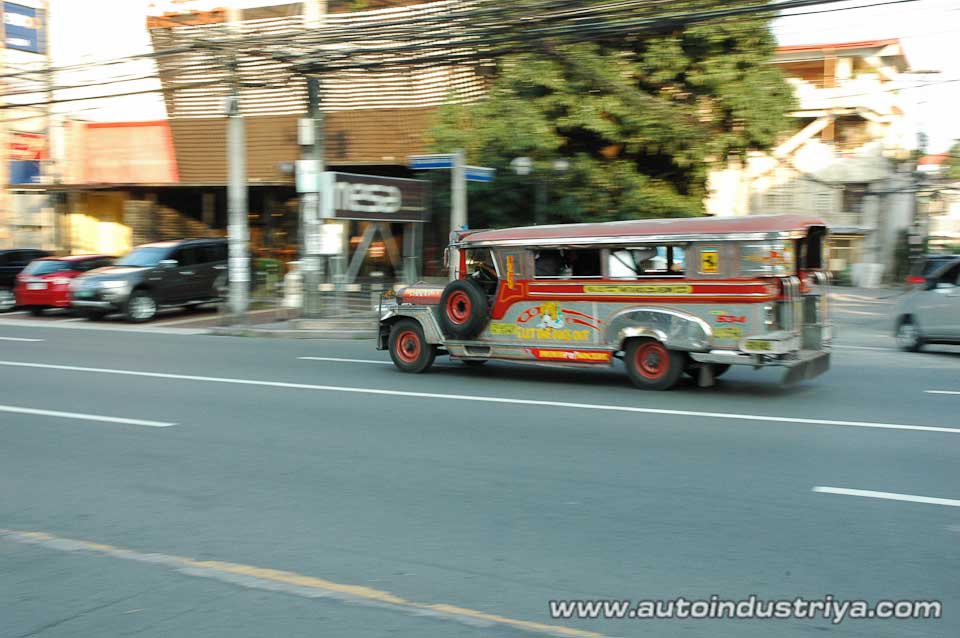 Phase out (or replace) the Jeepney

Although jeepneys are iconic and is the most popular means of public transport in the country, I honestly believe they have to go! This modified war museum piece and its frankenstein derivatives from elf and minibus chassis has continuously evolved on with no technical nor safety standards whatsoever and should be deemed illegal and finally replaced and laid to rest.

Before you burst out in anger that I am anti-poor, please read further. I am aware that many Filipino families dream of having a jeepney; All I am saying is that if we are to continue with the production of jeepneys, we better make it right (and the drivers be properly educated). The Chamber of Automotive Manufacturers of the Philippines, Inc. (CAMPI) and Truck Manufacturers Association (TMA)s can be tasked to develop a ‘proper jeepney replacement.’ Standards will be drawn up until a replacement is developed. Next, all ‘legitimate existing franchise holders’ should be made eligible for a Vehicle Phase-Swap wherein they surrender their "jeepney" for any CAMPI accredited vehicle of their choice. A subsidy from the government of approximately 50% and the 50% balance paid via a 10 year easy terms, transferable loan package for each franchise holder. The swapped old jeepney will then go to a disposal phase and turned to scrap never again to be parked on the streets nor ply city and provincial streets. 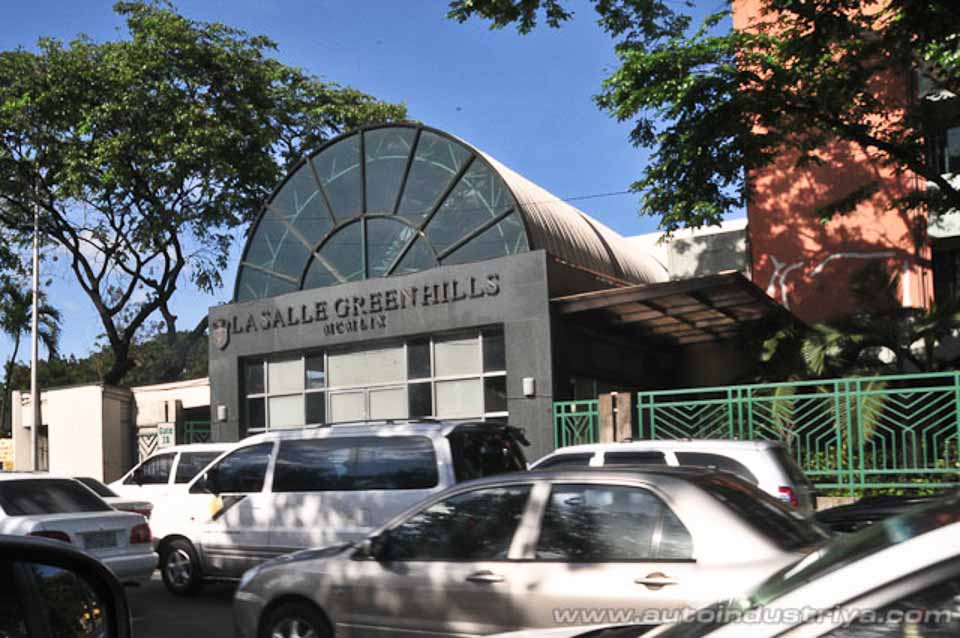 Most or all of our activities happen at the same time. Government services, educational school system and office, work schedules all coincide within the same timeframe. This lead to the inevitable time and space choke. A re-assesment and shift of flexible schedules can achieve less time shared on the road, similar to day light savings time. Shifting these 3 schedules an hour or two away from each other should relieve any build up of traffic before it even occurs. 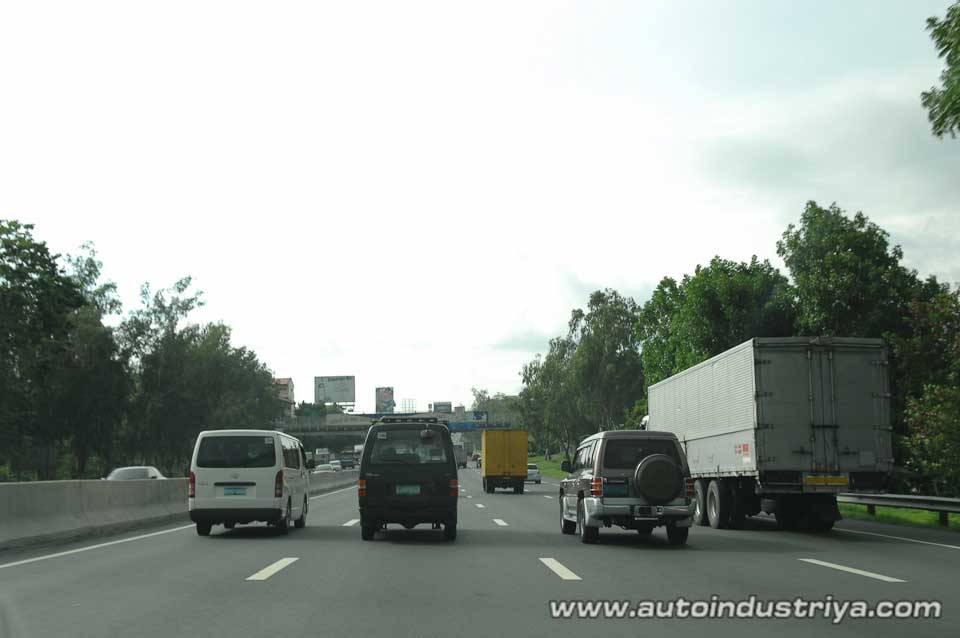 a) Building a separate highway for cargo to bypass Metro Manila directly to industrial estates.

b) A dedicated motorcycle and bus (lanes) /routes with RFID/GPS for monitoring and automatic non-contact apprehensions. Once a bus goes out of lane the system will sense it and give the proper apprehension. Nowadays, technology is on our side if used properly.

Metro Manila bustles with an estimated 13 million people and that easily swells to an additional 2M who commute daily from a lower density area like CALABARZON, Bulacan, Pampanga from the north to a high density concentration area where jobs, schools, airports are mostly located. And additional spikes from returning Overseas Filipinos vacationing back home during Christmas, Holy Week, All Saints and All Souls days, Summer, end of contract, etc.

If you are not in the Philippines or you happen to have yet experience traffic discomfort in Metro Manila, just imagine this. About 2.5M vehicles in Metro Manila share road space with a capacity of a little over a thousand kilometres. By the way, car sales skyrocket at the rate of 400,000 vehicles per year. Though I can’t seem to make heads or tails of the website stats, I am posting this for reference: LTO statistics

The road network in the entire Philippines is only 40,000 kilometers while the entire registered vehicle population is 8 Million.

I hope you understood what you read. Looking at the stats alone would tell you that the President’s emergency powers ought to be given to him ASAP.

In 2016 over 400,000 vehicles were sold. It is quite understandable that the lack of an effective and efficient basic mass transport systems has forced many people to purchase cars and motorcycles. These vehicles are now a necessity. The effect as we have discussed is that we now end up with jamp-packed pre-war road networks-because many park their cars on the road. There is hardly an efficient pedestrian sidewalk (think of Manila alone).

One thing is clear, those knee jerk solutions implemented in the past like number coding, increasing excise tax on fuels, and other cock-a-many solution have been futile. It is a vicious cycle. The cycle goes on and on and escalates commensurate to Manila's increased 15M (approx) populace. Get the drift?

In the “Roadmap for Transport Infrastructure Development for Metro Manila and Surrounding Areas” presented by the Japan International Cooperating Agency (JICA), it was predicted that the cost of traffic in Metro Manila would increase to P6 billion a day by 2030, from P2.4 billion today, if no drastic change will be implemented by the government.

I doesn't take rocket science to solve our traffic problems. The traffic solutions I have enumerated above are doable, with or without the President’s emergency powers. It may sound trite, but do join me in praying for drastic change to come now, for that sublime political will to come and help us enjoy the road or going outside the comforts of our home. I really hope that change in our traffic situation is in the pipeline already.

From B-Segment to full-size, we try out seven seats, seven ways