The best of the year that was

It's that wonderful time of the year again, and we're counting down the days until we ring in a new one. But before we do, let's do a different kind of countdown, one to recognize the more significant things that happened and our picks of new cars that were launched this year.

2017 has definitely been a different 12 months for the industry, one that had a lots of ups and downs, controversies, as well as issues (excise tax, anyone?). But amidst it all, there were a lot of interesting things that took place, and a lot of new and interesting automobiles brought to the market. Here are a few of our favorites. 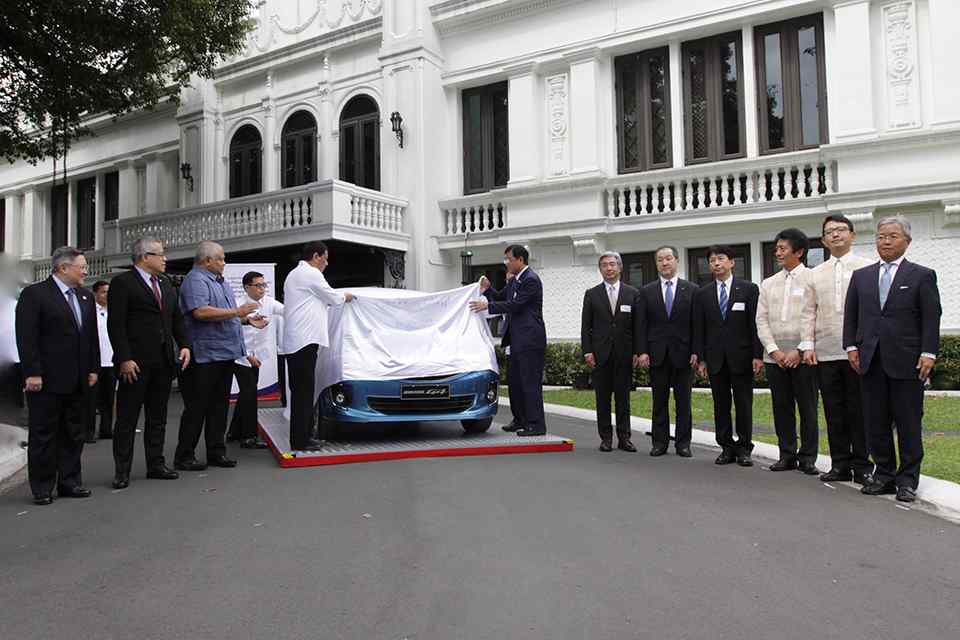 In a country that likes to have everything imported, there's something far more patriotic about seeing and driving vehicle that is truly made in the Philippines.

And that's the reason why the presentation of the first Philippine-made Mitsubishi Mirage to President Rodrigo Duterte was special.

Some may think that it's just a mere sentiment, but there is so much more to driving a car that you know is built here. A locally-produced car provides people with jobs, many more opportunities for parts suppliers, and a technology transfer that could pave the way for future vehicles that aren't just assembled locally, but engineered and developed here as well. 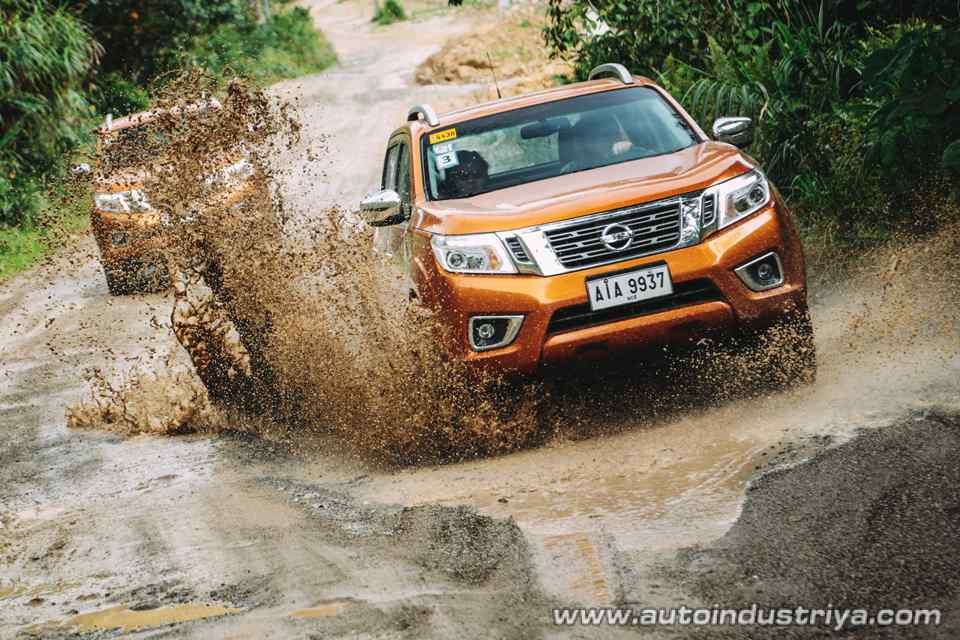 Long drives are fun, but this one was particularly epic. While we do look for nice, smooth roads that climb up and wind around mountains, driving particularly challenging trails and rough dirt roads can be very fun, if you're in the right kind of vehicle.

For this drive, we had the Nissan Navara; a seasoned truck that can take it on, and still be comfortable with its excellent seats and coil-sprung suspension in the back. But more than that, it was the route that impressed us.

We drove up to the usual places like the Bangui windfarm, the Patapat viaduct and Pagudpud, but we also made our way up the road heading to Adams in Ilocos Norte. Here, a truck is truly tested as the roads are still under construction. No problem for the Navara, and a good place get muddied up. 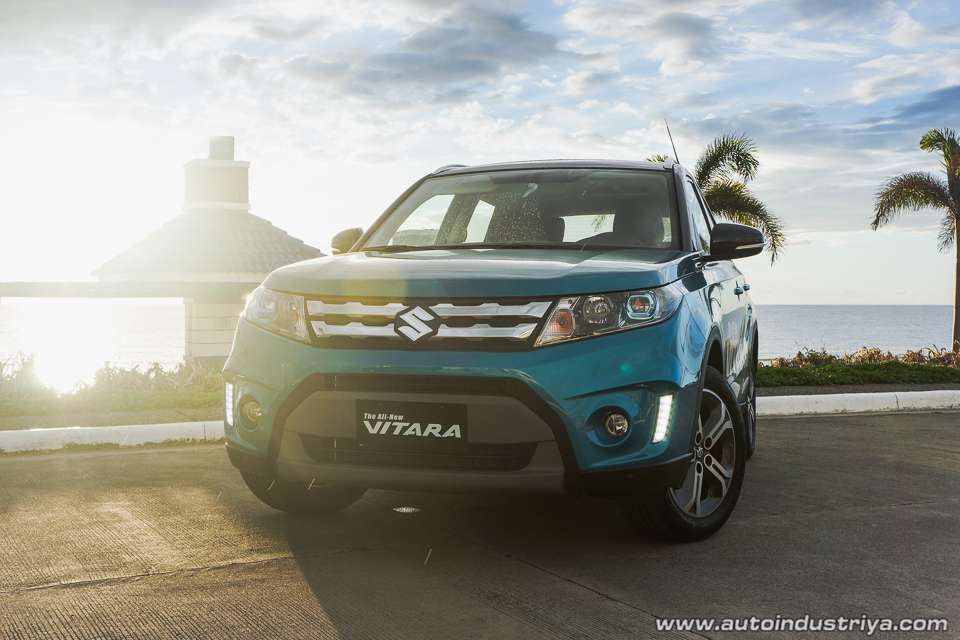 The Vitara is a very interesting model to open our top picks list with because it represents something important for the brand: change.

For decades, the Vitara has been an SUV in the classic sense of the word: body-on-frame construction with a locking 4x4 drivetrain that can leave many SUVs -even those that are more capable on paper- on the trails. This new Vitara, however, has moved away from that; it's become a crossover.

Suzuki has adapted to the trend and converted one of their proudest nameplates from a true 4x4 sport ute into a front-wheel drive crossover. And that will make a lot of sense in our market. The appeal of a “soft” SUV is clear, given the strong sales and immense popularity, so much so that the more established car classes like compacts and executive cars are considered dwindling species.

Yes, we like cars that are pure of purpose, but the major change in the Vitara could turn it from a niche favorite that's treasured by loyal off-roaders into a market success that could be enjoyed by families all over the world. And mind you, it's enjoyable to drive too.

Read more on our first drive with the Suzuki Vitara

The presence of the Subaru XV on our list of favorites from 2017 comes as no surprise, but what's interesting is that we favored it over its compact car brother, the Impreza.

Mind you, we do like the Impreza. The performance and refinement offered by Subaru's new engineering platform is, quite simply, impressive. They don't mess around when they say that there's less shake when traversing our bad roads or that there's less noise in the cabin. They're not joking about the smoothness of the powertrain or the new features. And they're definitely not exaggerating when they say that their all-wheel drive system does give you confidence when you're in motion, especially when cornering.

But now imagine all of that in a crossover with a higher ride height, a more rugged treatment, and the versatility of the hatchback/shooting brake format. And that's why the XV is on the list. And unlike the Vitara, we don't think the all-new XV from Subaru will be becoming a front-wheeler anytime soon.

Read our review of the Subaru XV 2.0i-S 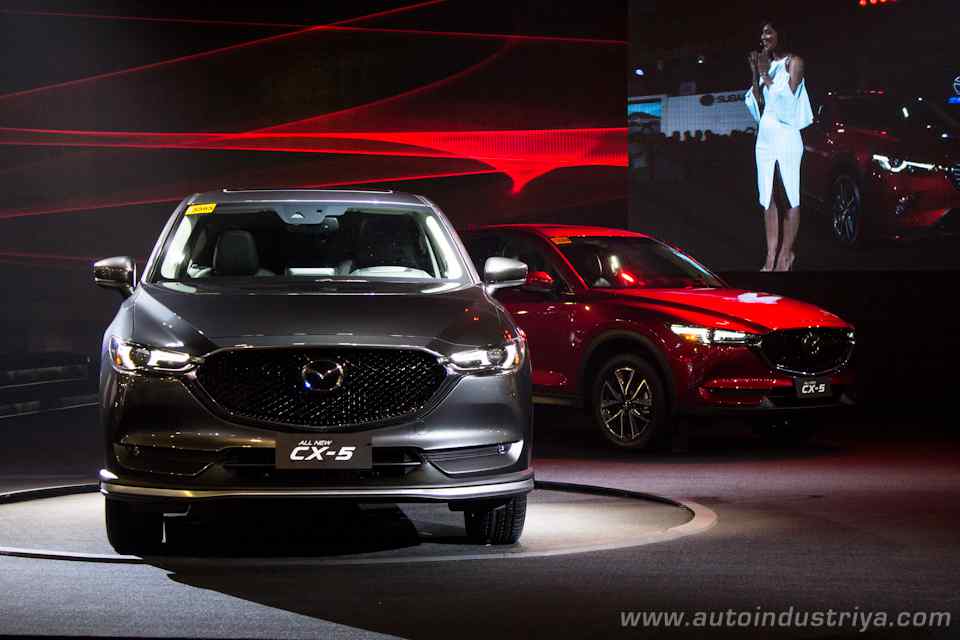 There is a good reason why Mazda is a consistent favorite of us at AutoIndustriya; they know how to make cars and crossovers that tug at the heartstrings of the car enthusiasts us.

When Mazda initiated their post-Ford revolution, they really came into their own. They embraced their own design language, one that isn't constrained by their former parents. They built a new generation of engines, transmissions, and frames where before, they had to make sure they conformed to what their owners had to make a few savings. And their cars all fit a driver like a glove; everything is perfectly placed for maximum driving fun and control.

That trend continues with the CX-5, the second generation of the nameplate that started it all for Mazda. The new model is better in probably every qualifiable and quantifable way. But more importantly, like its predecessor, it awakens the driver within thanks to its handling, its intuitive nature, and all around fun. Oh, and it has plenty of great tech like G-VC. Try it out.

If 2016 was really the year of the SUV, more specifically in the pick-up passenger vehicle (PPV) category, 2017 could be remembered for the return of a titan: the Honda CR-V. And just like in the mid-90's, this fifth generation model is just as revolutionary.

We know it looks good, and it does stand out nicely from the rest of the crowd. We like its interior, blending modern technology with high-grade materials and precise build quality. But what we truly liked is the option to order a CR-V as a seven seater for the higher variants; yes, they had optional benches before to add two more passengers in the back, but this one has the seats engineered in, not just added on as an accessory.

More importantly, this CR-V is the first one to get a turbodiesel: the 1.6-liter i-DTEC motor. It's not the most powerful version of the engine out there (the one we get only has 120 PS) but it has plenty of torque for the seven seater version and is definitely more efficient than ever. Those that prefer petrol power will still have that option, but for the five seater.

If you like technology, you can splurge for the high grade SX version. Cameras, sensors, and other equipment are standard, along with a low-speed cruise control that you can use on our horrendous traffic.

Read the full review of the Honda CR-V 1.6 SX AWD

Read the full review of the Honda CR-V 2.0 S 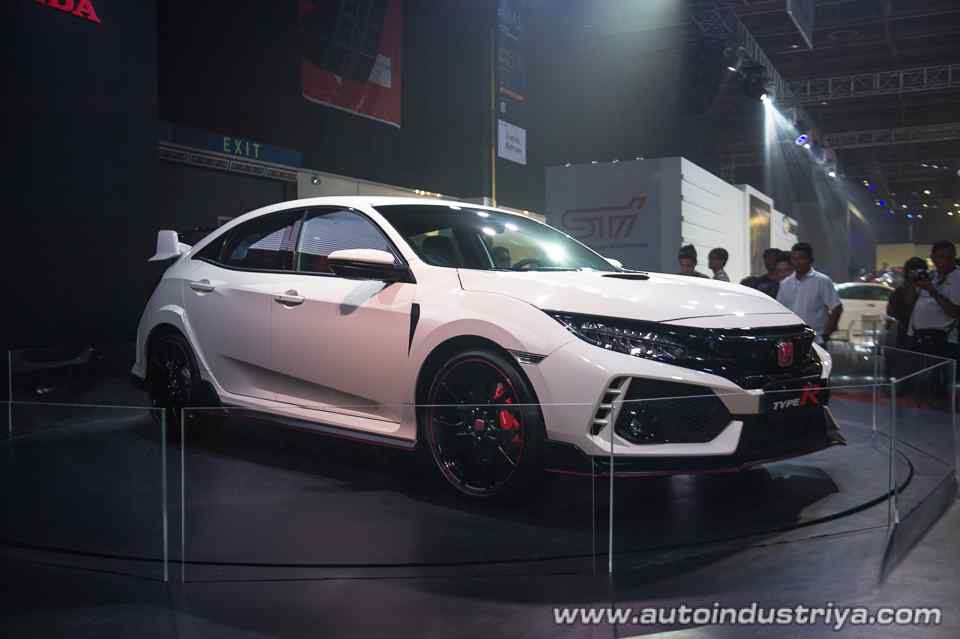 2017 will, however, be memorable for the arrival of a long awaited performance car: the Honda Civic Type R.

Many will think why, by our judgment, the Civic Type R has bested many of the other models on this list especially since it won't sell in significant numbers for the market nor does its pricetag justify its performance despite having over 300 horses available to your right foot. It sounds like a lot, but not enough compared to a Subaru WRX STI with similar power, yet has all-wheel drive.

But beyond the car itself, what many outside of the industry won't really be familiar with is the story behind its first coming. The former General Manager of Honda Cars Philippines actually fought hard to justify bringing in one just in time for Manila International Auto Show; a feat considering that the world premiere at Geneva occurred less than a month prior. And just when we thought this could be a one-off show piece only, Honda followed it up with news that not only will it be shown at MIAS, but it will be officially offered as well to customers for the first time.

To date, only our editor was able to sample the Type R at the Batangas Racing Circuit, and he can't help but be impressed at how good the gearbox is, how well it performs for a front-wheel drive around such a bumpy track, and how late he can brake for the corners. The performance is the real deal, and every bit as enjoyable.

Turn over a new leaf in 2018 and be the responsible motorist you should have been the day you got your first car.

How do the contenders in the B-segment crossover market stack up? We take a closer look at the hotly-contested class