Understanding a basic principle of driving

Hyundai-Kia to use new simplified platform for future EVs

Driving in an Earthquake: the Do's, Dont's, and Everything In Between

There are only a few things certain in life and that's death and taxes. Nowadays however, you can now add traffic to that list. Bottlenecks, gridlocked intersections and tight jams are pretty much a fact of life in the cities and town centers. A sad reality, but an everyday occurrence nonetheless.

Granted, the sheer volume of vehicles have contributed to heavy traffic in the country, but there is a way to keep things going. That would be the right of way.

What is Right of Way?

The dictionary defines the Right of Way as “the legal right of a pedestrian, vehicle, or ship to proceed with precedence over others in a particular situation or place”. So what does that mean?

In certain situations, one vehicle has the priority over another vehicle, be it when crossing intersections, junctions and highway merges. One motorist must yield or give way to the other in order for both to avoid an accident. However, that answer opens another question: Who has the right of way?

First in, first out

If you live in Subic, you might be familiar with 'first in, first out'. At an intersection, whoever arrives there first has the right of way, but it goes beyond that. According to the LTO, “at all intersections without 'stop' or 'yield' signs, slow down and prepare to stop. Yield to vehicles already in the intersection or about to enter it”. Yes, those stop signs serve a purpose.

The person to the right has Right of Way

Now, you me be asking, “what if we both arrive at the intersection at the same time?”

Referring again to the LTO Guidelines, one must give way to the vehicle to the right. This mainly applies to roads with no traffic lights, stop signs or yield signs.

Yield to the main road

If you're on the side road and about to enter a main road, stop first, then proceed when safe, even when the road appears to be clear.

No matter what road you are on, the moment you see a pedestrian lane, you must prepare to yield to on-foot traffic, just in case. If you see a person making his or her way across the street. Slow down or stop, if necessary, and let them go by. Do not cut off pedestrians when they are headed towards your intended way. Once they are past you (ie. Walking or facing away from your vehicle), you may proceed with caution.

In situations wherein there are pedestrian stoplights, you may proceed provided that the lights are red for them and green for you. If you are in a 'right turn with care' junction, proceed with caution and let people cross when the pedestrian light is green.

Of course, it always pays to watch out for erring pedestrians who simply ignore the lights. It's best to just let them cross rather than risk hitting them. After all, our laws would typically put the blame on the person in the vehicle despite the jaywalker's negligence. It's better to be safe than sorry.

It seems that all the rules about right of way are thrown out the window once on a rotonda. There's a whole bunch of cars, trucks, and motorcycles crisscrossing one another, and it it looks difficult to determine who has right of way in rotondas.

To settle the debate once and for all, the LTO states that whoever is on the roundabout has right of way. That means drivers about to enter the circular junction must yield to those who are currently on it. Of course, that doesn't mean drivers on the roundabout should not give way to those about to merge; they must still let other motorists enter, more so if they are far ahead.

But do note that just because the rotonda is wide open, it doesn't mean that those who enter should immediately dart to the innermost lane. Always remember: mirror-signal-maneuver. 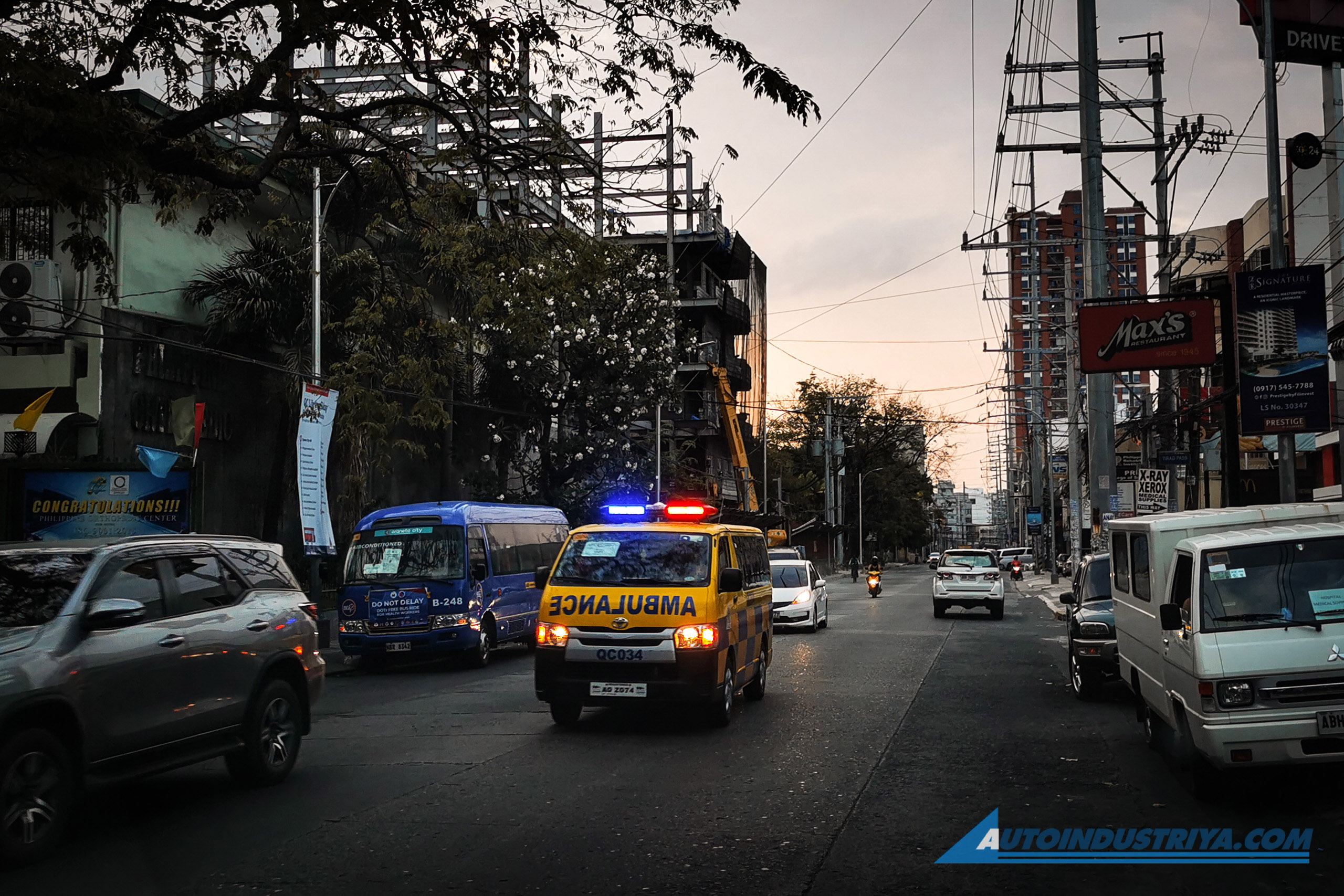 In case of emergencies

It goes without saying that one must always yield to emergency vehicles, especially if they are running with their lights and sirens blaring. Make it a point to move at the side of the road (to the right, as much as possible), and let the responding vehicle go by.

Also, don't tail the ambulance/police car/fire truck just so you can have an edge in traffic. First of all, you are not driving an emergency vehicle, which is equipped with the said lights and sirens. Also, those vehicles may have to do maneuvers that are illegal for the regular motorist, but not emergency services. They'll occasionally have to do dangerous maneuvers too, which will put you, and other motorists, at risk if you follow them.

There's really no other way of saying this: Do not block the yellow box. Actually, don't block any intersection for that matter. You're impeding the flow of traffic, and you'll start a gridlock along the way. Unless you want your car and plate number plastered all over social media from an angry motorist, don't be the cause of traffic.

A friendly reminder from the LTO

While the right of way is the ideal way to keep traffic moving, the LTO says don't force it even if the other driver is in the wrong. It's frustrating, yes, but there are times you'll have to concede your right of way just to avoid an accident. Remember, always stay sharp, stay vigilant, and be defensive.

Roughing it out with the 2019 Subaru Forester

The 2019 Subaru Forester trades power for comfort, and even better off-roading ability

Being a CEO is tough. Being a mother, tougher. But Micah Sy has her trusty Ford Everest by her side

how to drive land transportation office lto right of way

Hyundai-Kia to use new simplified platform for future EVs

Driving in an Earthquake: the Do's, Dont's, and Everything In Between

No, we won't get the new-look Terra yet, but Nissan gave the Philippine version a bit of a makeover

Why so pissed with MVIS?

Do the merits of the Motor Vehicle Inspection System outweigh the glitches and issues?

The DTI urges the public to buy cars that are locally assembled, but the selection isn't that wide.

Is Suzuki actually going to build a five-door Jimny?

Now available in the Philippines: the new Chery Tiggo 7 Pro