The arrival of the all-new Civic was one of the most highly anticipated events from Honda Cars Philipppines Inc. (HCPI) this year. It also meant that sales of the highly-popular 10th-generation Civic would come to a close. Compared to the previous model, Honda made a lot of changes with the new Civic in terms of styling, powertrain, and safety. But what are the biggest changes Honda made with the new Civic, especially for the local model?

To give you a better idea of what's new, we'll do a comparison between the previous generation 2020 Civic and the new 11th-generation model. We've already done a comparison of the two Civics in terms of design via a previous style check article. So this time, we will be looking at changes HCPI made for the local models with regards to the specs, variants, and pricing.

One of the biggest differences the new Civic has over its predecessor is the engine lineup. In the Philippines, the 10th-generation Civic was available with two engine options – a naturally aspirated 1.8-liter inline-four and a turbocharged 1.5-liter four-cylinder engine. The 1.8-liter mill was available on the base S and mid-spec E variants, while the turbocharged engine is exclusive to the range-topping RS. 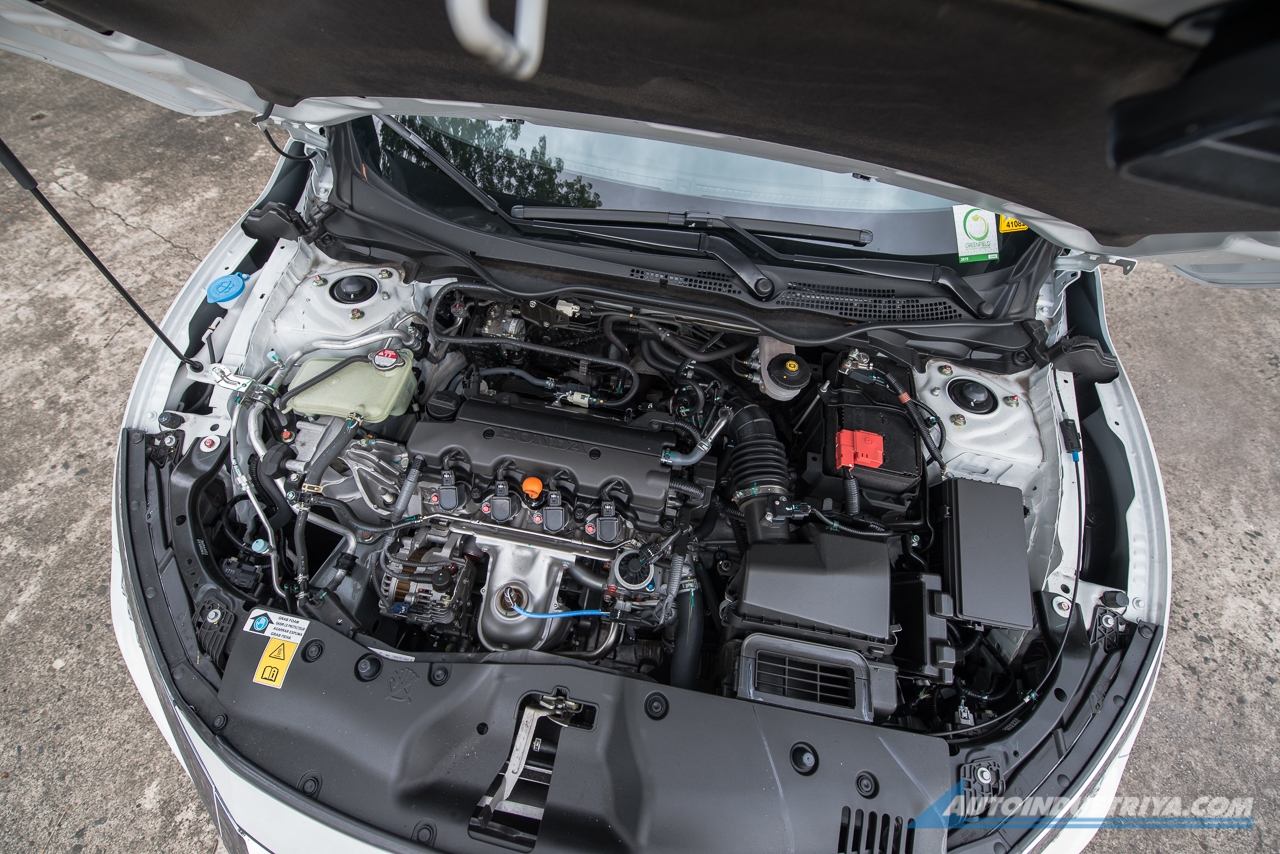 The 1.8-liter R18 has been one of the longest-running engine options in the country, starting from the 8th-generation Civic FD. In the previous-generation model, it produced 141 PS and 174 Nm torque and is paired with a CVT.

With the new model, however, the naturally-aspirated 1.8-liter engine has been dropped from the lineup. Instead, all variants of the Civic sold by HCPI (from the S to the RS) now use the improved 1.5-liter VTEC Turbo engine. In the 2022 Civic, the motor produces 178 PS and 240 Nm torque. No manual gearbox is available as it's exclusively paired with an Earth Dreams CVT.

Aside from the engine, one of the biggest upgrades to the Civic is in safety equipment. Compared to the 2020 model, HCPI fitted the 2022 Civic with Honda Sensing as standard. It's not just for the top-spec RS either; all three variants of the new Civic come with Honda Sensing.

As a result, driving around Metro Manila and across the Philippines will be made much safer and easier with the new Civic, no matter which variant you purchase. Some of the features of Honda Sensing include adaptive cruise control with low-speed follow, collision mitigation braking system, lane keep assist system, road departure mitigation, lane departure warning, auto high beam, and lead car departure notification.

For reference, the Civic is only the third model in HCPI's lineup to come with Honda Sensing after the Accord and the top-of-the-line CR-V. As a result, the safety feature is accessible to more Honda customers.

The Civic has always been loaded in terms of tech and features. But for the 2022 model, Honda decided to give the entire lineup an upgrade. The S and V variants now come with a 7-inch touchscreen audio system standard with Apple CarPlay and Android Auto and come with 4 and 8 speakers, respectively. Meanwhile, the top-spec RS gets an even bigger 9-inch touchscreen audio with Wireless Apple CarPlay, navigation, and a Bose 12-speaker sound system.

In comparison, the 2020 Civic S had a 7-inch head unit but doesn't come with Apple CarPlay and Android Auto connectivity. The previous RS model didn't come with a larger touchscreen and used the same speaker system as the mid-spec E.

Another new feature of the 2022 Civic is the addition of rear air-conditioning vents. Don't expect to see these on the entry-level S variant, though. These are exclusive to the mid-spec V and the top-of-the-line RS.

All of the upgrades that Honda made to the 2022 Civic do come at a cost. It's also why the new Civic lineup is significantly more expensive than the outgoing model. When the facelift 10th-generation Civic made its local debut in April 2019, prices started at PHP 1,115,000. In comparison, the new entry-level Civic S retails for PHP 1,290,000 – an increase of PHP 175,000. However, it's the mid-spec model that gets the biggest jump in price.

While the prices have gone up, remember, the Civic does get an upgrade in nearly all aspects – design, powertrain, and safety. The turbocharged engine and the addition of Honda Sensing on all variants alone should have brought the cost up even more. You also have to factor inflation into the mix.

If you're curious about whether the new Civic is worth it or not, we suggest you visit a Honda dealership near you to check it out in person. It's one thing reading about the spec sheets and price, and it's another to see and feel the vehicle in person.

Mid-size sedan battle: We compare the new 2022 Toyota Camry Hybrid with the Honda Accord