In any motorsport, most of us typically only get to experience the spectator side of it. We see the cars running around the track with the best drivers eking it out for the win. What we rarely see is what happens behind the scenes.

Now we can, but from a different type of motorsport, one that involves a limited budget and a group of brilliant students facing off against their counterparts from all over the world.

Say hello to the University of the Philippines Formula SAE team, an all-student organization seeking to compete in a race in Japan this year. 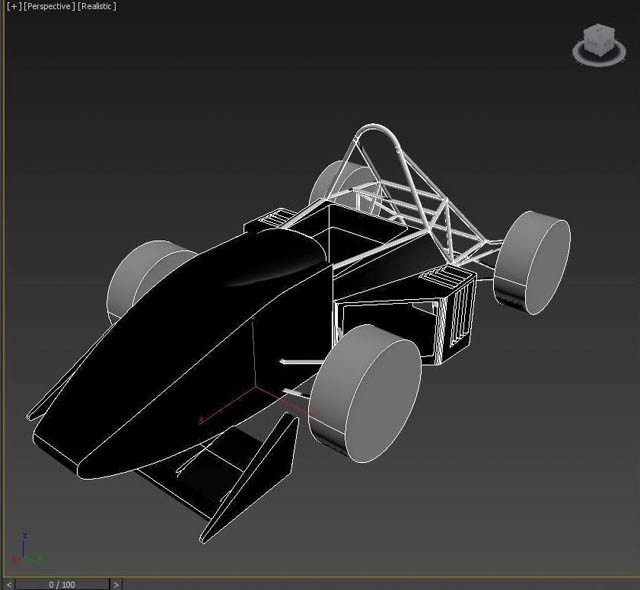 Simply put, Formula SAE is a competition among the top engineering schools around the world. For the unfamiliar, SAE stands for Society of Automotive Engineers. The competition involves challenges of designing, building, testing and racing a scratch-built single seater Formula race car, along with the realities of setting up and sustaining a racing team. The objective of Formula SAE is to test budding engineers not just in the technical aspect of the competition but also in the corporate and marketing side of the sport. The challenge our young engineers have is the lack of resources compared to the foreign competition. Undaunted, these students decided to take on the challenge.

We talked to the team to see how this group of engineers from the University of the Philippines came together to form this ambitious project.

"The first time I met Drew Esguerra [Design Head], it was enrollment day and we were in line for enlistment of classes,” recalls Kevin Carpio, UP Formula SAE Team Leader. “In our minds, we shared a common goal of joining the SAE competition for that year". 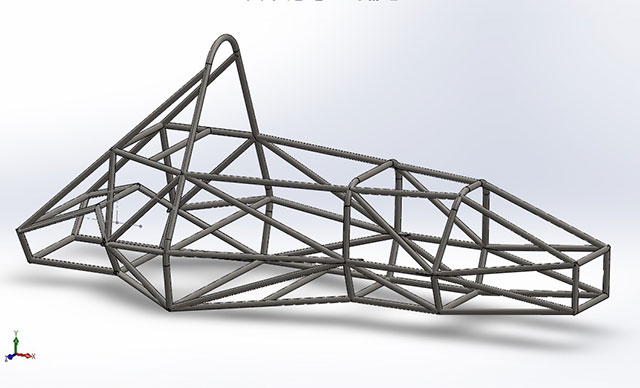 Initially the rumor was that they would be joining the Baja SAE; whereas a Formula SAE would involve an open-wheel road racing car, a Baja SAE would require an off-road buggy instead. The initial plans to join were shaky as logistics and budget wasn't given for the car to be sent to Brazil where the competition was supposed to be held. Undeterred, a meeting was held to decide whether or not Formula SAE was a viable option. After the discussion and clearance from the dean, the UP Formula SAE team was given the green light. Soon after, other mechanical engineering students started applying for the SAE team.

The first order of UP Formula SAE was designing a competitive formula race car, one that they had already christened as “Diwa”. Building a race car from scratch meant loads of research; the team did their research on previous entrants and evaluated the competition's standards.

Guided by the words Lotus founder Colin Chapman, the team stuck to the principle of "simplify and add lightness". The overall goals for Diwa was to keep the whole car a little under 250 kilograms, which meant the frame has to be just under one-fifth of the car's total weight. More resources were put in for its suspension for maximum roadholding (mechanical “grip”) in any racing condition. 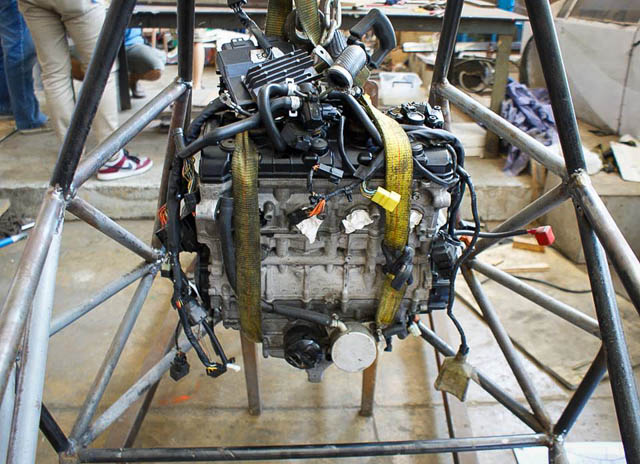 Further research also helped the team in choosing which engine to use for the car. Formula SAE rules dictate that the engine should be no larger than 610cc, meaning they will be looking at motorcycle engines. 610cc may not sound like a motor that provides ample power, but on a 250 kilogram race car, it should provide plenty of motivation.

At the moment, team is almost finished with the frame, but it has undergone three iterations before the final design. Their first version was engineered to fulfill the general space and strength requirements. The second version was lowered and stretched out but retained the short wheelbase and geometry for its suspension boxes.

The third and final frame design simplified the previously complex engineering bits. Running on a tight budget, the team had to maximize safety without sacrificing the potential performance of Diwa once finished. The result of all the hard work is a frame that appears to be a two thirds scale formula car; one that tips the scales at 40 kilograms.

The build became more complicated when the time came to designing the suspension.

"The suspension design was an interesting ride" said Carpio. "We simulated the squatting of the rear wheels during acceleration, the diving of the front under hard braking, the roll during cornering and the combinations of these when slowing down or speeding up through corners".

Winds Formula driver Sung Joon Park (a Chemical Engineering student from Ateneo, interestingly) pointed them towards veteran rally engineer Jun Magno. With his advice, the team decided on a fully adjustable set up and the chassis will serve as a test bed for future Formula SAE teams.

At this point in time the the UP Formula SAE team still has quite a long way to go until the lights go green in Japan. There is still plenty of work to do as well as the testing that goes with it, but nevertheless, this new generation of great minds and car enthusiasts are more than eager to take on the challenge.

Going off-road with the 2015 Tata Xenon

Tata PH invited us to go off-roading with the Xenon in Tanay, Rizal

The new Made in China according to BAIC

We visited one of BAIC in Beijing to experience how their cars are made and how they drive first hand.