Despite the plethora of traffic solving bills and guidelines, both by staffs of legislators and the executives, more midnight oil must burn in drafting and reconciling legally binding traffic management rules to allow quicker implementation of solutions to the Metro's traffic problems. This entail even more severe measures than what Pasig City applies like 4 pax HOV lanes and discriminatory odd-even bans that virtually exclude non-residents from the use of nationally funded public roads. Still, there has been some improvement credited to stricter application of traffic enforcement in salient zones of the Metro's streets. 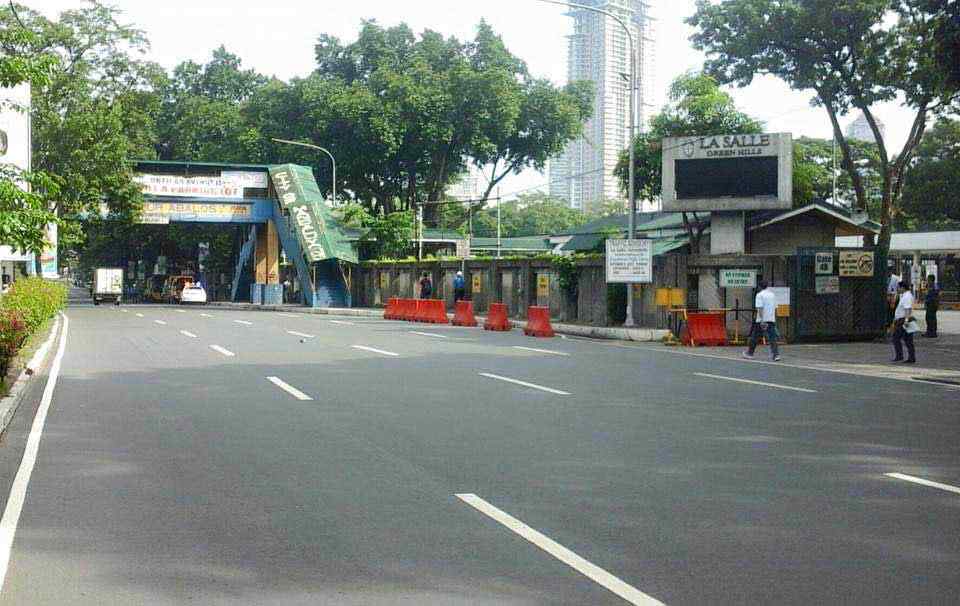 Partisan politics aside, there is a defined and qualified improvement in traffic flow in the Metro. Qualified inasmuch as some traffic zones have reached some sort of routine predictability allowing motorists to regularize their schedules. Our EDSA commuting circle has experienced this over the latter part of last year's long Christmas season up to the beginning of the School summer break. On the opposite end of the spectrum, Skyway Elevated traffic – not even considering the Runway toll plaza traffic fiasco – has become steadily worse forcing SOMCO to resort to frequent and prolonged counter-flows on the Elevated. Traffic authorities are hamstrung by a huge backlog in hiring traffic aides now sporting spiffier uniforms with floppy Spanish style berets instead of British style. Moreover the churning rate hardly adds troopers on the ground because MMDA is forced to shed malperforming and corrupt traffic aides/enforcers.

Thankfully, PNP HPG expertise is always ready to untangle difficult grid locks that usually hit half of Makati's national road network. At least the the MMDA's CCTV network, has augmented traffic enforcement compensating somewhat, for the shortage of traffic enforcers. The Mabuhay lanes with stricter obstruction clearing has made the alternate routes genuine workable alternatives which are even used to reroute buses heading for their Cubao terminals. EDSA's Balintawak market zone has never been this disciplined ever since the market grew from some 30 years ago. Credit is due to improved barangay cooperation with MMDA and Ayala's new Cloverleaf development which made sense of the traffic flow.

EDSA bollard placements on the Quezon City U-Turns are the most workable so far since MMDA Chairman B. Fernando started the U-turn system in 2004. C-5's truck lane seems to be working fine, now on its 4th year but the major blunder on C-5 is the at-grade traffic light junction for McKinley just by the monolith of the UK embassy. Megaworld should be compelled to invest in its own grade separated interchange at this junction just as BCDA spent tons of money on the interchange system of BGC. Overall, Chairman Danny Lim of the MMDA and DoTr USEC Orbos [now with i/ACT] have delivered, both low hanging fruit and intransigent systemic problems [parking obstructions on side streets].

Staggered work hours, overlapping shifts : Despite all of this, traffic still stalls or moves at a snail's pace. Which leads us to our proposal which a recent House bill enacted. What the Metro needs is immediate implementation of staggered working hours which should redistribute commuter traffic to more hours of the day. These staggered hours are on top the standard 0900-1700hrs. Offices must determine their work flow and work load so that employees who cannot telecommute [work out of the office] can be assigned work hours from the following schedules – 0700hrs-1600hrs, 1100hrs – 2000hrs and 1500hrs to 0100hrs of the following day. I know of publishing and design firms who have successfully adapted this since 2003, which was bout the same time that President Arroyo decreed the adoption of such working hours along with novel solutions like the 4-day week and the automatic long weekend embracing either Monday or Friday, closest to the work-free National holiday.

Uncoordinated ancillary services:To make this staggered office hours work, support services like canteens, parking building entry/exit, common area lights, air conditioning and even pedestrian access like subways and foot bridges like those found in the Ayala CBD should remain open, secure and well lit during these staggered and extended office hours, behaving as if it was normal office hours. Sometime ago, when BPO's started spreading in Salcedo Village, it billed itself as 24 hour work place. Unfortunately the pedestrian subways were locked by early evening and most Jolly-Jeeps were shuttered by then too. Worse, some pay parking lots were locked up by mid-evening. All this ancillary support services must stay open to make any staggered hours work program succeed. In contrast, other BPO districts work fine any time of the 24/7 day/week. 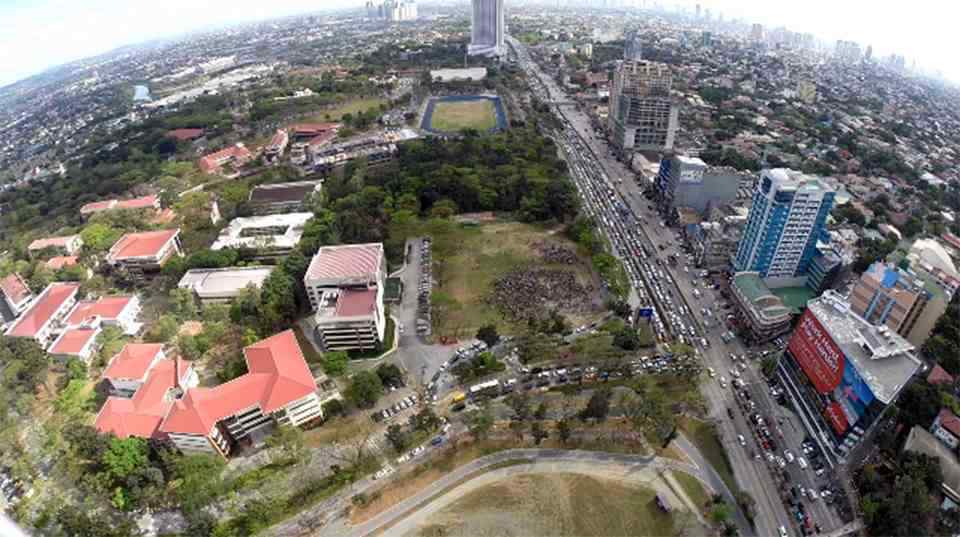 We are aware when MMDA GM Tim Orbos' focused any traffic restriction measure to bring down the current 1,000 veh/hour over capacity of EDSA and other arterial roads from 7,500 veh/hour to 6,500 veh/hour, for the 13 hours of a working day. Hence, their insistence on not reintroducing the “window”. On the other hand, then GM Orbos is sensitive to the plight of the middle class, which forces them to buy an extra car to get around coding. More severe traffic restriction methods like former Chairman Francis Tolentino's 2-consecutive-day ban and the most severe- ODD-EVEN -will meet with valid public resistance. But with staggered office hours, MMDA can now enforce this most drastic traffic reduction.

At a theoretical 50% reduction, Odd-Even reduces traffic more than the actual 1.25% reduction that coding achieved as per a UP study quoted by DoTr career technocrat Usec Anneli Lontok. But in order not to impair the workings of the Metro economy and trigger a subsequent backlash from the private motorist, we propose the following:

Exemptions from the ODD-EVEN ban: 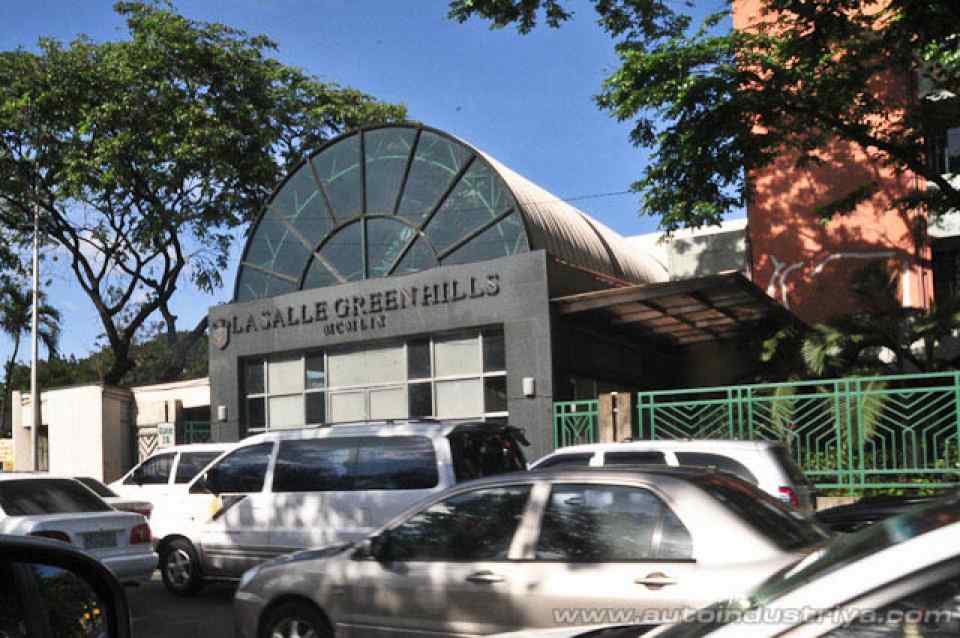 The MMDA [or DoTr or i/ACT]

If this odd-even succeeds, the park and ride exempt access can be applied to the upcoming intermodal bus South Terminal by Uniwide, South West Terminal by ARCO South, North Terminal by Trinoma and the East Terminal wherever it will be built. MMDA can even apply congestion charging to the odd-even ban hours in the event the authorities decide to follow Singapore's ERP [electronic road pricing], albeit in a more simpler way : one-price for an entry all day [0700hrs to 2000hrs] access pass like E-PASS – PHP100.00 for days when your plate number is not banned, PHP 200.00 when your plate number is banned. Again, Sen Poe is wary of getting into ERP until the existing rail network capacity has been beefed up and made truly reliable.

We hope that all this would prove useful as we look forward to the commissioning of the Skyway Stage 3, the NLEx metro-link connector, NLEx Mindanao Ave. Ext., the C-5 CAVITEx link along with improved MRT-3 capacities. Further along, we would like to see completion of C-6 Metro Manila expressway, the MRT-7, the initial phased opening of the Subway, and ultimately all those 13 or 15 bridges spanning the Pasig from the South/North harbor to the Napindan channel in the east.

With so many grand projects for the south, here’s one worthwhile project for the North

Places to drive in 1988: Heading Northbound

The Inside Man winds back the clock to explore the North, circa 1988