Being flexible with traffic calming measures

EDSA gets worse as E-Pass exits

School's out, so its EDSA-lite

As predicted, the school vacation season has eased much of EDSA's traffic. MMDA wisely adjusted the traffic management on the critical Roosevelt-Congressional section, reverting to BF era U-turn slots for the morning, hence eradicating the long queues at the traffic light. By close to midnight, the intersection reverts to traffic light control. From Balintawak to Annapolis, EDSA, isn't festooned with too many of the APEC Summit bollards. In fact, whatever bollards were in place were judiciously positioned at the U-turn junctions and T-junctions abutting EDSA like Connecticut, guiding drivers to strictly observe lane assignments. And it would seem that all those bollards has finally tamed the unruly pedestrian curbside traffic at Balintawak market.

After Ortigas, the yellow lane is strictly segregated by a combination of low rise concrete wedges and APEC summit bollards. And this is where the problems begin. Before the APEC Summit bollards, traffic flows between Ortigas EDSA to Ayala, from noon time up to 300PM is regularly light. But ever since the bollards and wedges block and thereby limit access for vehicles merging out of EDSA into the major side streets, traffic has been extremely slow. Blocking the Fort bound U-turn slot at EDSA Buendia only eased traffic log jams on that small stretch while there was a worsening of traffic in all other sections of this critical stretch of EDSA. The proof of how obstructive these bollards are is not just during the noon time “coding” window but even at midnight on all weeknights, even during the off-school season, traffic is crawling.

Reprise of EDSA before 40 years ago

We can see that the traffic authorities are trying to return the EDSA lane allocation back to the original pre-1976 configuration, 1976 being the year that the Ortigas to Ayala EDSA service road traffic island segregating lane 4 and 5, was demolished to add a lane 6 by the curb. Even then, the rush hour EDSA traffic queues at the Buendia and Ayala traffic lights stretched all the way to Guadalupe. The commissioning of the Shaw underpass after 1976 even aggravated the bunch up of traffic to Guadalupe sooner rather than later.

As for the “no-contact” apprehension policy, highly dependent on the network of CCTV cameras, our stand is, the more CCTV's the merrier. Video documentation of evidence of traffic violations should have happened long ago. The problem is that the grievance and contestation procedure leaves too much to chance. Violators are unaware that they were caught on camera until a summons is mailed to them. Everyone knows how fast (slow?) our snail mail is and sometimes, car registration addresses are hopelessly outdated. With a limited time to contest a summons, many of these traffic violations will pass into a guilty verdict and MMDA will immediately have the LTO red flag the owner so that he or she cannot renew his car registration without paying the MMDA fine.

Though “no-contact” policing has had its fits and starts over the past 8 years, the MMDA should have launched and tested the “Huli-cam” list of violators as an integrated and inseparable leg of the no-contact policy before implementing it. The Huli-cam (www.mayhuliba.com) list could even include other traffic aide issued and ticketed violations that remain unpaid. Moreover, this Huli-cam list is updated as often as violations pile up pretty fast.

Another problem is when accumulated traffic violations result in the suspension of the driver's license. If, for instance, the violator is guilty of reckless driving, several successive violations of such entail the suspension of the license in question. So if a bus company driver has had more than 3 instances of speeding, which is booked as a “reckless driving” violation, his license will be suspended. But what if the driver has left the employ of the bus company? Who will the MMDA penalize? Whose license will be suspended after the 3rd reckless driving citation? And how can one suspend the license of the bus company owner's registration, supposing the driver has disappeared? Suspending a car's registration has a different suite of circumstances compared to the suite of violations that warrant suspending a driver's license. 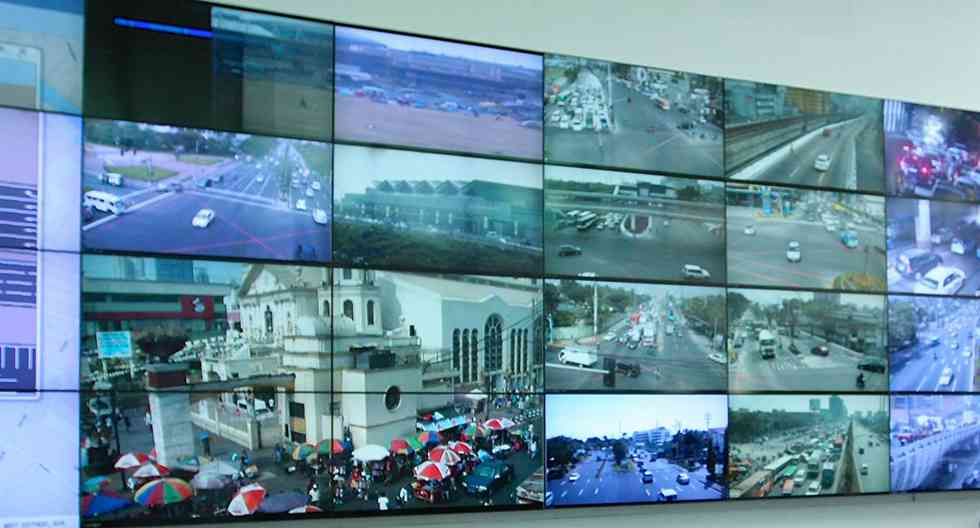 Within the first month, 4,900 violators have been recorded, booked and summoned. Would the owners of the “guilty” cars get their summons in time to contest the TVR (traffic violation report)? Well and good if they admit to guilt, so they just pay the fine and get a clearance. All the more reason why the receipt of the summons must be backed up by the public notice via “mayhuliba” website so that owners can be on the lookout if their drivers, accidentally or intentionally, are racking up violations with the MMDA.

Anything wrong with transparency?

As to the publication of the location of the traffic cams and CCTV, we believe government is not obliged to do so. Besides the press announcement, areas like the Aurora underpass already have big signs stating “MMDA CAMERAS IN OPERATION” since 2 years ago. This is in keeping with international practice, particularly Britain, where big black & white signs with a big camera graphic announce that you are in a zone monitored by CCTV or traffic cam. Besides, the effect of such signs is like that of having a Police presence as a deterrent to crime. Thus it would be draconian and unfair of the MMDA to suspect and presume that a privately compiled media list of CCTV locations was an encouragement to defy traffic law enforcement.

How skilled are the people watching the big screen?

What motorists fear is the level of skill of the man or woman who monitors the video. Are they expert traffic enforcers who can accurately tell if a violation is valid or not? Example: MMDA admits that they still have to expand CCTV coverage. Granted that it is limited in some areas, like the Annapolis to Connecticut stretch of EDSA. Vehicles accessing the car dealers on that stretch have to go through the cordoned-off yellow lane, armored by an unbroken string of bollards. If the private motorist is headed for Ford EDSA or the AAP office, then the CCTV will cover the said motorist driving on the yellow lane from Chevrolet, to CATS, to Motor Image and finally Ford EDSA or the AAP. Is that a yellow lane violation? True the private vehicle is on the yellow lane but then he has no other way to get to the AAP or Ford EDSA unless he enters the yellow lane at Annapolis. This particular scenario shows where there are many access frontages on EDSA, the long unbroken line of bollards forces private motorists into the yellow lane in order to gain access to the local curbside frontages of the car dealers and V.V. Soliven building as in our example. Can the human CCTV monitors distinguish the private motorists who are using the yellow lane as a means to access EDSA curbside offices or as defiance of bus lane rules?

Back to square one

Perhaps, the tollways can also adopt this no-contact apprehension policy and include the list of violators, especially speeding, in the “mayhuliba” website. To augment this, tollway traffic enforcers will still flag down the guilty party at the toll barrier and take down the license details, but there will be no need to confiscate the license. Apart from storing the video of the speeding violation, this will relieve a lot of administrative time wasted for both driver and tollway operators.

As the NLEx undergoes extensive road widening, it is quite refreshing to see First Balfour, road menders and builders, adopt a few simple but effective ideas to ease traffic flow on such a large construction zone. First, NLEx management, adjusted the road markings, shrinking the right emergency shoulder just a small bit so as maintain the standard width of the main carriageway lanes. Then the median fences, made of concrete wedges with coloroof tops, block stray headlights from oncoming traffic, making nighttime driving far more relaxing. These fences have yellow rope lights attached to the concrete wedge supports, making the barriers far more visible. Makes one wish that the current 3x3 carriageway section between Balagtas and Sta. Rita incorporate some kind of headlight glare barriers just like what MaTES installed on the SLEx median.

Mind you, glare mitigation is a major safety factor that is often overlooked by highway builders and operators here. Take the SCTEx: built to slightly narrower Japanese standards, its median has guard rails, but since the bends of SCTEx are not so severe, the Japanese designers did not prescribe anti-glare paddles, since they assume that, like most advanced countries, proper headlight alignment is a given and a legal must. Now we all know that proper headlight aim is mere theory here and not observed in practice. Hence, occasions of glare are quite frequent when driving the SCTEx at night. Glare is also a problem on the Balagtas to Sta. Rita 3x3 carriageway section of the NLEx, though to a lesser degree. In contrast, the builders and operators of TPLEx wisely avoided glare and topping up with anti-glare paddles by building a high concrete median, similar to the NLEx's median on its Balintawak to Bocaue 4x4 carriageway section.

The new President wants the country to follow his lead using the tried and true practices he used on Davao.

At PHP123B, the LLDEx [Laguna Lake Dike Expressway] was the Pnoy administration's biggest and latest PPP, it's crowning encore.

EDSA gets worse as E-Pass exits

Now available in the Philippines: the new Chery Tiggo 7 Pro

NLEX: Road lights will be brighter by March

While Toyota is quiet about the all-new 86, some patent photos have spread online

Will the Toyota Celica finally make a comeback?

Tugade: Partial opening of Cebu BRT by end of year

Expect a quicker, streamlined bus route in Cebu City before end of 2021