Same time [before the “-ber” months], same place [EDSA], next year, every year. Another new MMDA Manager, another draconian restriction on the private car commuting middle class, another botched enforcement, another National soc-med uproar and another backtrack. Despite the Constitution guarantee of freedom of mobility, the argument of Atty. Dodo Ayuyao of the PMA [predecessor of the AAP] back in the 70s, the courts ruled then that the government through the MMC [predecessor of the MMDA] can restrict vehicle access to roads in times of National Emergency, Calamity, War or if Public Safety requires. The latest culprit is the blanket HOV-only access on all EDSA lanes, without any clear guidelines to deal with extra-strength full windshield tint, crucial to positive ID if there are 2 occupants or more. With all the ink and forests this contentious issue expends, not to mention all the rants, ridicule and anxiety, we would like to propose a final solution, which combines all the traffic reducing measures, both tried and untried. It is a combination of Congestion Charging [Singapore’s and London’s are inspirations], HOV Priority, Odd-Even with the bonus of the return of the window. 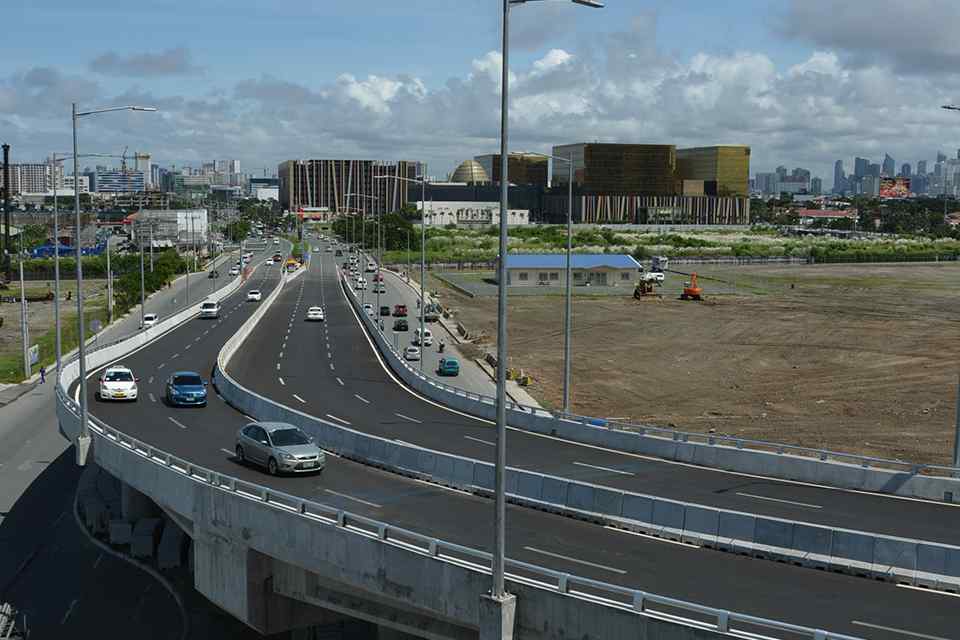 Exempted junctions: All intersections that do not have pass through traffic crossings but utilize U-turns on the main road: examples on EDSA: Roosevelt-Congressional; North and West Ave., Connecticut to White Plains Ave.

Exempted vehicles: PUJ, PUV, PUB – provincial and city, Marked Police cars, Marked Fire services vehicle, Marked Ambulance [on call], Diplomatic and Consular Corps vehicles [but not tax exempt 5-digit blue number plate], BJMP, Marked UV Express, Marked TNVS, Marked taxi and airport taxi, School Bus, Hotel limousines, Tourist bus and hire cars, Food lane and Fuel tanker trucks, all HOV [2 or more occupants] provided positive ID is certain, whether by enforcer at the established checkpoints or CCTV. Vehicles with bona fide 2 occupants or more, with no front windshield tint or tint that conforms to the proposed LTO regulations [not exceeding the minimum of 35% UV penetration] will be waived through. Enforcers will be instructed a rule of thumb: if the traffic enforcer cannot identify that the second occupant of the vehicle is a real homo sapien, he or she can pull over the said vehicle to verify the passenger count. 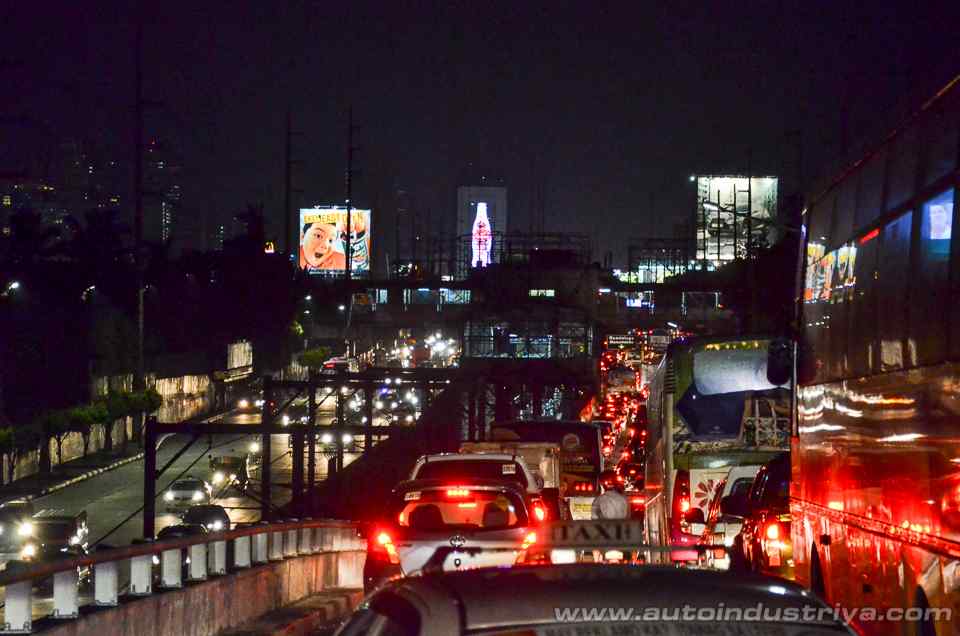 Application : ODD-EVEN - follows calendar day - to avoid the day count imbalance of MWF-TThS scheduling. On ODD number date; ODD number plate ending - OK to pass CAR. EVEN number calendar date; EVEN number plate OK to pass CAR. For the banned plate number vehicle to pass through, it must conform to the above exemptions OR possess an active and validated A-PASS or AxessPASS vehicle transponder. As in UVRRP, Saturdays, Sundays and Holidays are exempt from CAR coverage. 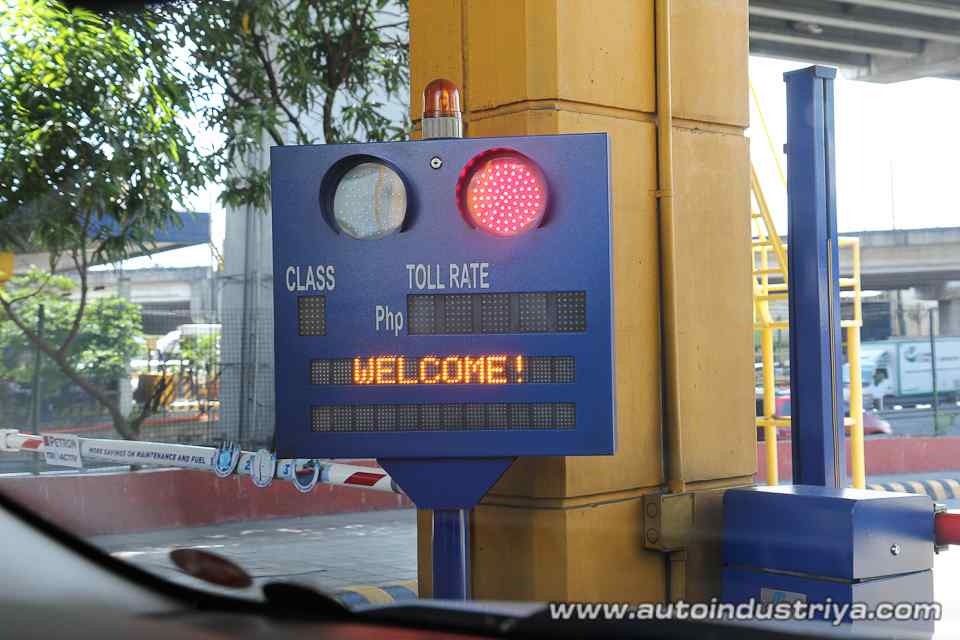 A-PASS [Axxess PASS] – for those that really need to drive through the CAR on the forbidden day, they can avail of the A-PASS. The A-PASS is a battery powered DSRC transponder, exactly like the Premid E-PASS or the Thales or Kapsch transponders of NLEx. It will be attached to the windshield within the zone allowed for dashcams. Unlike the E-PASS, the A-PASS emits a unique white [or green if LTO compliant] active pattern graphic light that is clearly visible to enforcers, much like today’s DRL on cars. A lit A-PASS indicates that the Congestion Charge or Access Charge for the day is fully paid [one price for all day access to all CAR] and valid up to midnight.

A-PASS transponders is the property of the ETC [electronic toll collection] company so a PHP1,000 deposit is required. This also ensures that when there are hardware or software upgrades or when the batteries need recharging the A-PASS holder will transact only with authorized A-PASS agents.

A-PASS comes with 2 windshield mounting kits, similar to the Thales EC Tag, Kapsch EasyTrip or Premid E-PASS. The mounting kits allow transferability for multi-car households, shifting the transponder to ODD and EVEN numbered cars depending on the day. Additional mounting kits will be available at extra charge.

A-PASS loads at load stations like gas stations or bayad centers are immediately credited while loads via electronic banking will depend on the Bank’s transaction systems.

A-PASS readers for validation purposes will be located initially at MMDA’s existing gantries. All lanes will have A-PASS readers that will check if the lit transponder has a valid load. They will be adjusted to read A-PASS transponders from 0.0km/h up to a pass through speed of 60km/h so there will be no need for barriers. The readers will be equipped with Vehicle ID cameras, which will take a video of vehicles using invalidated transponders or even fake transponders emitting the active pattern white [or green] LED validating light. Depending on the speed and sophistication of software and hardware development, the gantry readers can easily adopt to variable pricing [according to traffic demand like the ERP of Singapore] if the authorities decide to require the ETC company to ramp up its collection methods.

If this idea finds favor with the Metro Mayors, MMDA and the commuting public, any IT or ETC company with experience in toll collection can have this system up and running in 6 months’ time, inclusive of software development and hardware design. 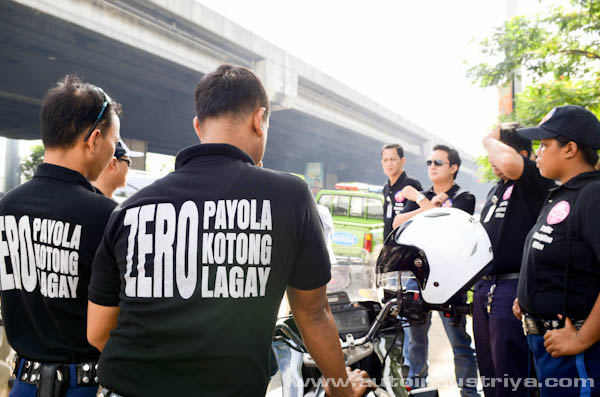 Side by side with the implementation of this CAR, MMDA should impose that traffic aides, policemen and personnel assigned for traffic management duty have daily overlapping 5 or 6 hour shifts from 0600am up to 0200am of the succeeding day to prevent fatigue. At any one time, street duty on our polluted streets should not exceed 2 hours without a break. MMDA should also ensure full complement of traffic management troops specially during the window hours as traffic will be at its worse, experiencing volumes typical before the window was withdrawn in September 2016. Remember, traffic enforcers are not only there to arrest violators of the odd even ban, but to ensure traffic moves during the window hours.

The Inside Man takes a fond look back at motoring from 2001, until now

The problem with driving is braking

Loss of brakes, the most common excuse of traffic collisions has given rise to the age old belief in SUBL - sudden unintended brake loss.